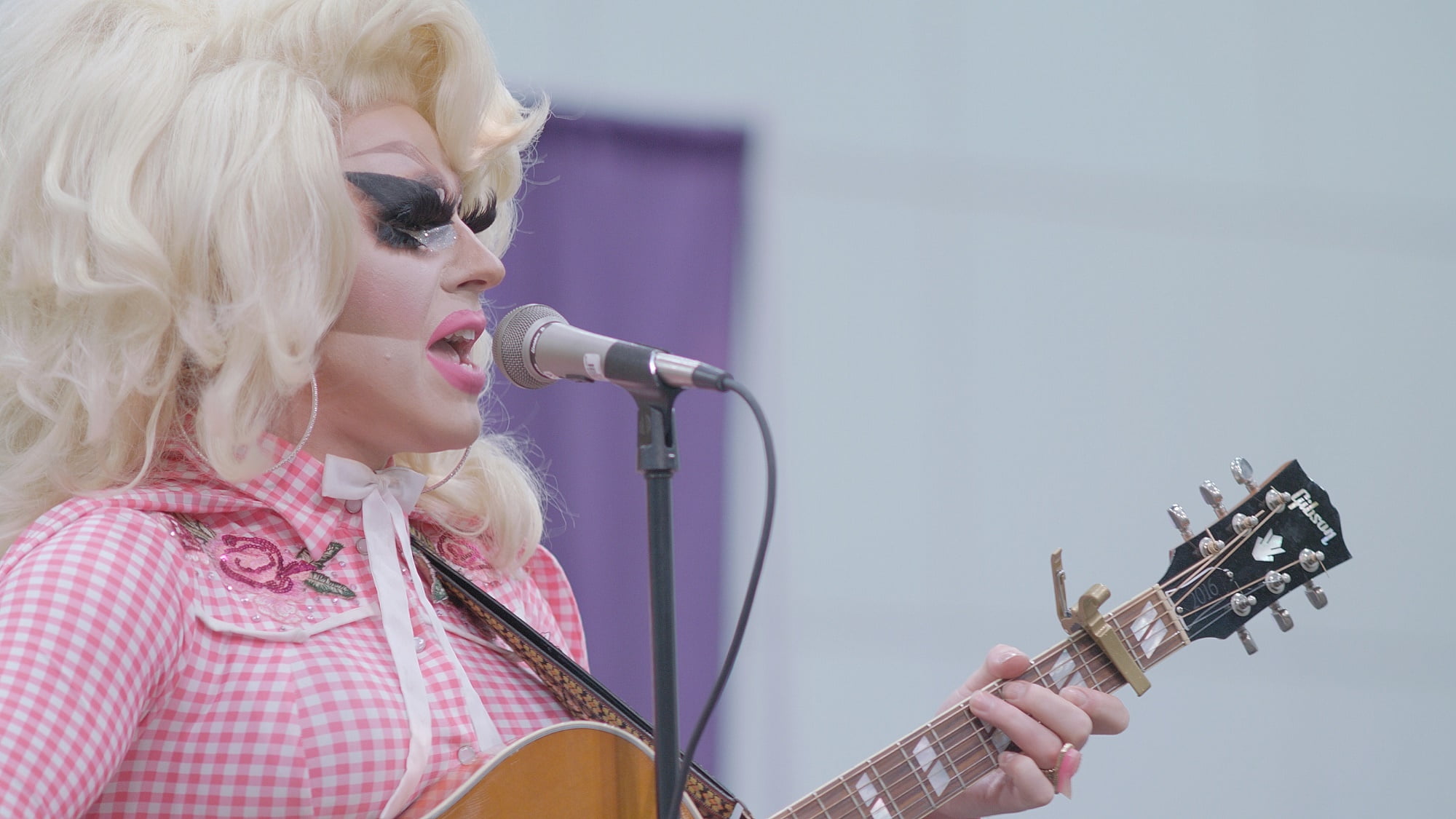 If nothing else, Trixie Mattel: Moving Parts is refreshing in its blunt force honesty. Unafraid to show performing in drag as… well, a drag, director Nick Zeig-Owens’ profile of one of the biggest and most popular names in the medium is a lot more downbeat than most would probably expect. That’s also ultimately what makes it such compelling viewing.

The alter ego of Brian Firkus, Trixie Mattel was one of the standout contestants on the reality competition show and pop cultural phenomenon Rupaul’s Drag Race. Although Trixie is known for extreme make-up and intricate costumes, Firkus’ act is surprisingly multifaceted. Not just another pretty face in drag, Trixie is also a comedian, a folk singer/songwriter inspired by the likes of June Carter Cash and Dolly Parton, and an internet personality. Owens follows his subject on tours around the world just after Trixie taped another All Star season of the reality show that catapulted the character into popularity. It’s a period with a great deal of professional frustration and soul searching that kicks off more or less when the co-host of Trixie’s webseries, Katya Zamolodchikova, suffers a breakdown and heads into rehab.

Trixie Mattel: Moving Parts is built around an unquestionably talented person (especially when it comes to their music) who isn’t afraid of hurting people’s feelings or making light of taboos with zero regard given towards political correctness. Trixie Mattel isn’t an easy or even all that likable person to be around, and throughout Owens’ profile, the director’s subject often looks bored, frustrated, and even a little bit entitled. Trixie and Brian can be self-effacing to some degree, but they take what they do very seriously, leading Trixie Mattel: Moving Parts to feel somewhat like the Funny People of the drag set. There’s really only one moment when Firkus lets his guard down and seems genuinely content, and it comes while reading the fan mail he receives. It’s not a particularly fun experience on the whole, but viewers interested in what Trixie does get to see without embellishment exactly what it takes to make it as a counterculture, transgressive icon. It’s almost too dour for its own good, but the ending of Trixie Mattel: Moving Parts ultimately makes the whole experience worthwhile.