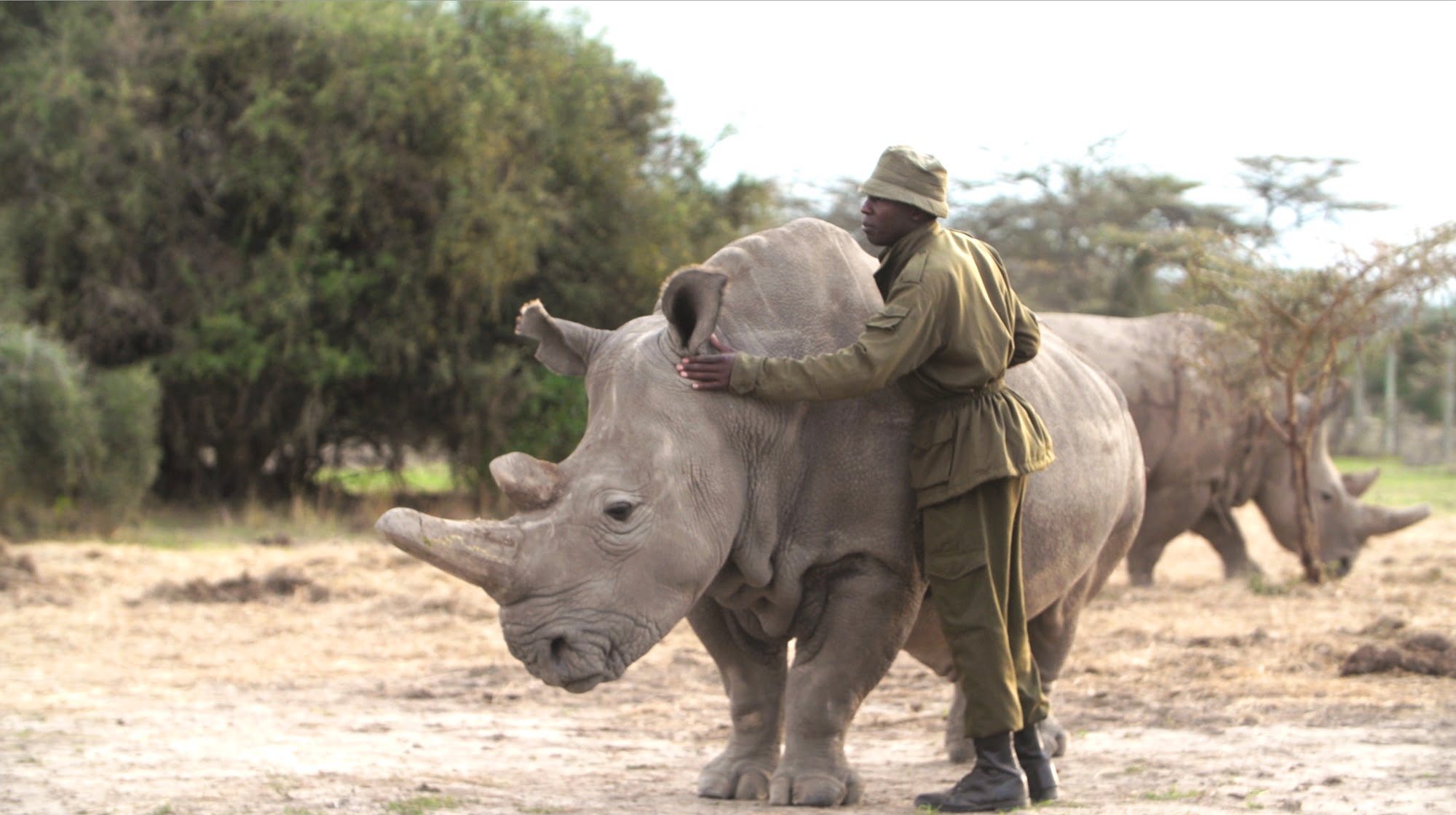 A powerful and moving elegy to the vanishing emotional bond and shared respect between humans and wild animals, director David Hambridge’s Kifaru might be the saddest and one of the most important documentaries of the year.

Kifaru (the Swahili word for rhino) follows four years in the work of James Mwenda and Jojo Wachira, two rangers working in Kenya’s Ol Pejeta Conservancy, a refuge for Africa’s severely endangered rhino population. For ten months out of the year, James and Jojo leave their families and return to the bush to help care for Sudan, the last remaining male northern white rhino. With no one viable mates left, Sudan will be the last of his kind, and James and Jojo have made it their mission to make sure that their animal friend lives the best life possible with the time he has left.

Boasting jaw dropping cinematography and an evocative musical score to go along with its naturally emotional story, Kifaru is devastating from start to finish. It’s depressing to watch Sudan slowly fade away, and while it’s heartening to see caretakers like Jojo and James do their best to tend to the increasingly sick animal, the situation is clearly taking a toll on them. They’re often asked why they do what they do when the situation at hand is so obviously hopeless and foretold. They don’t have many answers outside of a desire to make sure that their friend enjoys what time he has left, and hopes that his inevitable death won’t be for nothing. At the very least, Sudan’s passing won’t be in service of the rampant poaching and feverous overseas sales of rhino horns that led to the extinction of Sudan’s species. Sudan and everything the animal represents keeps Jojo and James going.

These animals shouldn’t be cared for by humans. They should be in the wild. The caretakers profiled in Kifaru know this, and it breaks their hearts. It will break your heart, too. Bring two boxes of tissues. One for yourself, and one for the person sitting next to you. But most importantly, don’t forget that Kifaru depicts the true ecological and emotional cost of human greed and status.