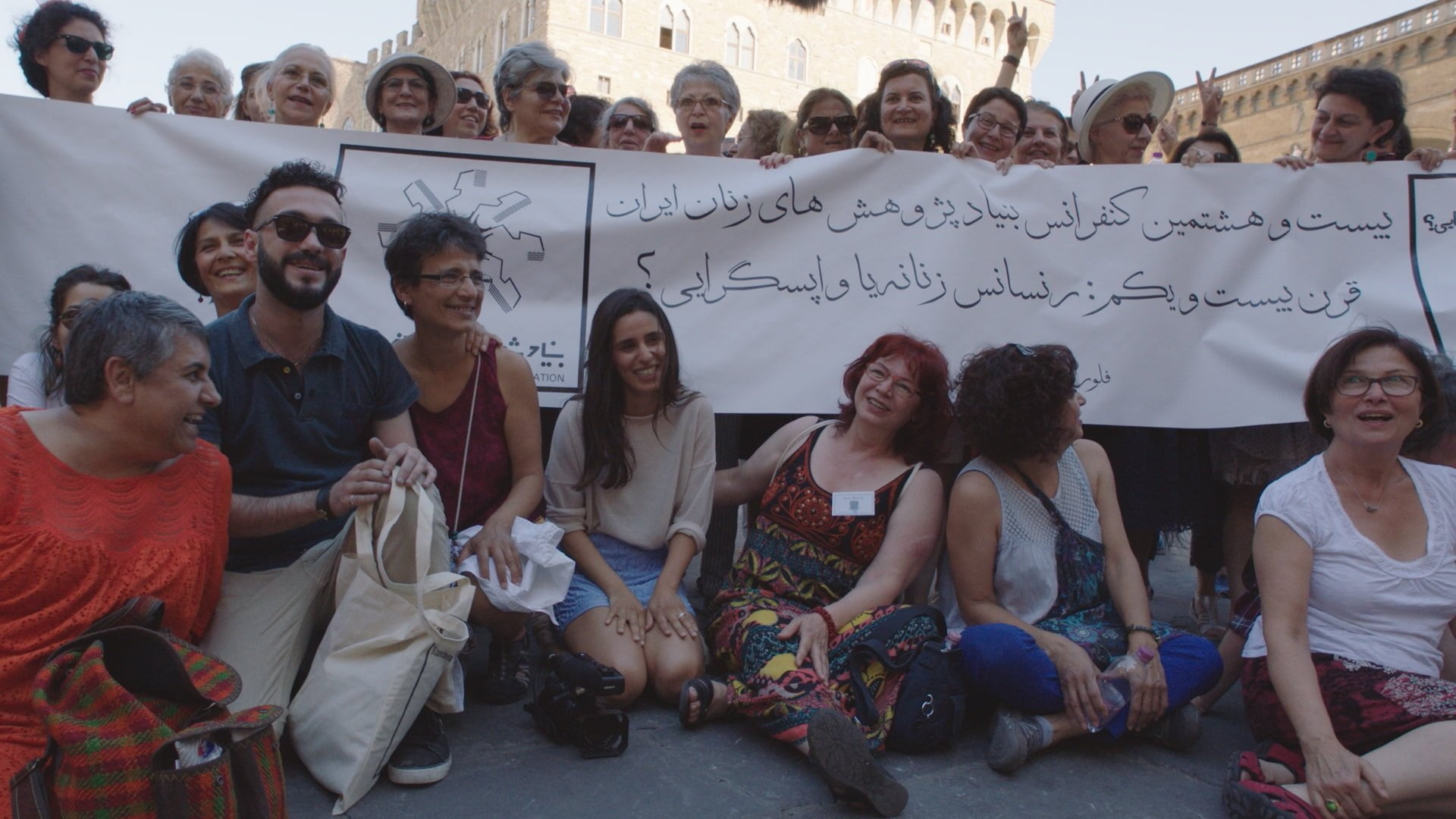 Born in Evin, Iranian-German director Maryam Zaree’s deep dive into her family’s unspoken past is a detailed and empathetic look at why parents choose to keep secrets from their children and the psychological toll such repression takes on parent-child relationships.

Tired of working as an actress who only gets cast as refugees on crappy German television shows, 35-year old Zaree finds both inspiration and vexation in her mother, Nargess, who’s running to become the first ever female mayor of Frankfurt. Nargess and her former partner, Kasra, were leftist revolutionaries imprisoned in 1983 for daring to rise up against the Shah. Nargess was pregnant at the time, and at the age of only 19 gave she birth to Maryam inside one of the most notorious prisons in Iran. Maryam, who’s too young to remember any of her time at Evin, moved with her mother to Germany at the age of two, and in the decades since, Nargess has staunchly refused to talk about what it was like to be pregnant and have a child inside one of Iran’s most infamous torture prisons.

Born in Evin will leave some viewers divided when it comes to Maryam and her quest for answers, and that’s entirely the point. On one hand, Maryam sees her mother’s silence as someone holding onto a trauma instead of letting go of it, and she also understandably has some right to know about the culture she was born into. On the other hand, Nargess’ refusal to answer any questions and the hesitancy of others Maryam meets along her journey to talk about the deplorable conditions and human rights abuses inside the prison is completely understandable. Maryam gets frustrated by emotional dead ends throughout Born in Evin, but she never loses sight of the empathy she has for people like her mother and father who’ve suffered greatly and luckily lived through it.

Born in Evin eloquently speaks to how some people can live through a tragedy, but they don’t have to “live to tell” about it. There’s a distinction between those two mindsets that Zaree wrestles with, gradually noticing that the more questions she asks, the more likely it is that the answers will cause great pain and discomfort to those giving them. As with most resolutely personal searches for greater truths, Born in Evin is sometimes a bit scattershot, but that’s only because Zaree is dealing with emotions that are nearly impossible to articulate without putting words into the mouths of others. The biggest success of Born in Evin is that the filmmaker and subject let these traumas and the feelings that arise from them speak for themselves. It’s a film that the director notes took a lot of time to put together, but it’s precisely the kind of passion project that needed that room to breathe and grow.