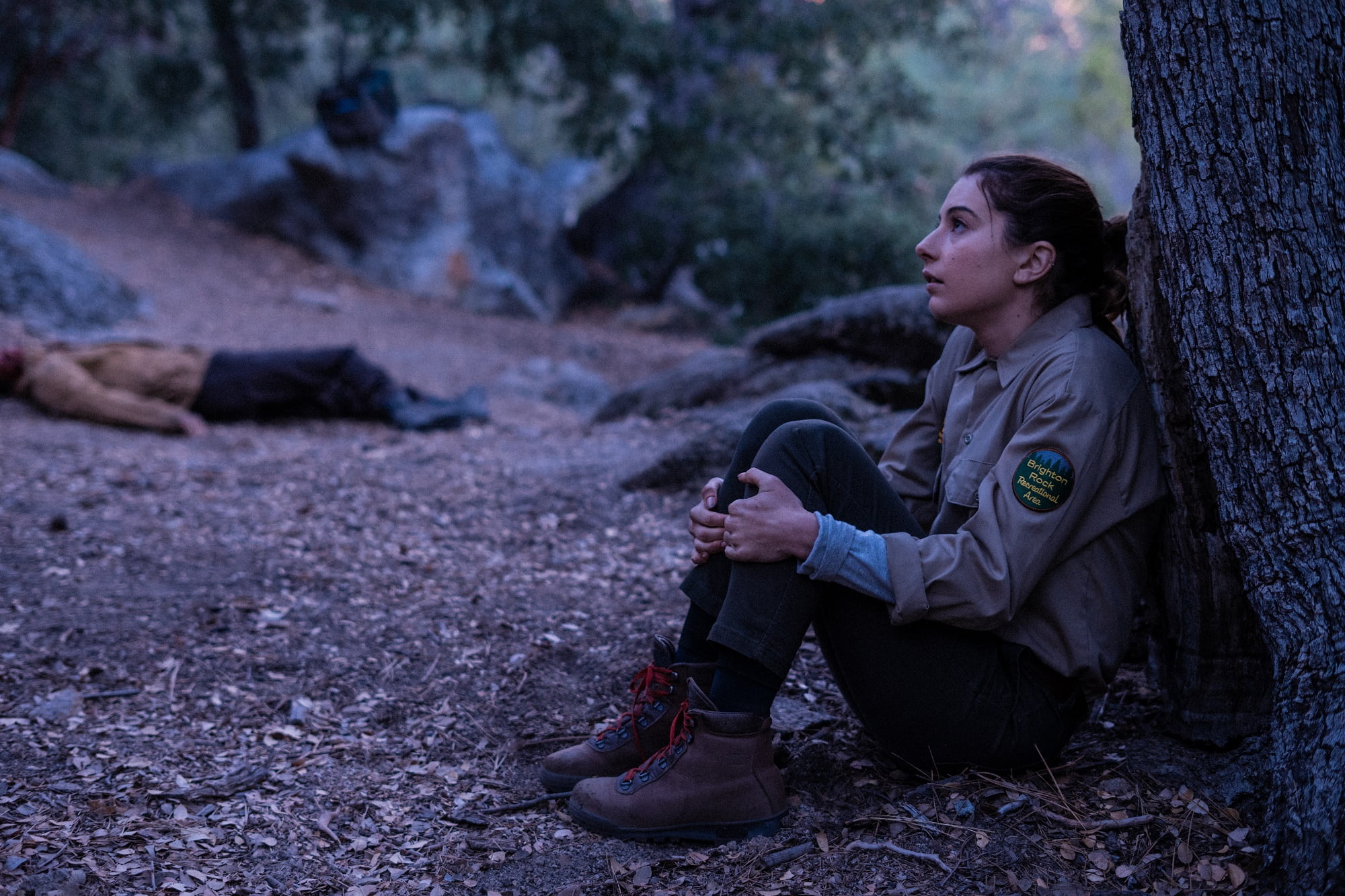 Boasting a solid premise and an intriguing main character that one could build an outstanding short film around, the survival thriller Body at Brighton Rock struggles to pad itself out to feature length. Although boasting plenty of style and a admirably restrained approach to horror, Body at Brighton Rock is the kind of movie that sucks one in immediately, only to gradually let them down at the slow realization that it isn’t going anywhere new or exciting.

Wendy (Karina Fontes) isn’t the best Park Ranger. She’s perpetually late for work, her boss (Miranda Bailey) seemingly can’t stand her, and when it comes to the physical rigours of the job, she’s the least (or possibly second least) equipped person at the Ranger’s station. But she’s also nothing if not a good friend, offering to swap daily tasks with a co-worker (Emily Althaus) so she can flirt with the hottie new guy. Her new set of daily tasks now entails posting safety signage on one of the more difficult park trails. Through a combination of losing her map and not paying attention to her surroundings, Wendy gets lost in the deep country far from where she should be; in the middle of the seasonal transition from fall to winter and in a part of the woods with active wildlife warnings. But her diversion has also led to the discovery of a body; one that met a grisly demise and is very obviously dead. With nightfall setting in, the inexperienced Wendy is told that she has to stay with the body until help and the coroner can arrive in the morning and protect what could very well be a crime scene overnight.

Body at Brighton Rock is the solo feature debut of writer-director Roxanne Benjamin, who previously helmed standout stories in the anthology horror films Southbound (which remains the most underrated recent entry into that specific subgenre) and XX. The early going of Body at Brighton Rock (which plays in some ways like an offshoot of her XX segment) tantalizingly suggests a follow-through on the promise of her previously chilling efforts, and showcases Benjamin’s natural strengths as a storyteller.

Quite often, people criticize horror movies for having hard-to-buy-into plots that could only occur if the main characters who were complete imbeciles; constantly making one illogical, life threatening misstep after another. Benjamin’s Body at Brighton Rock is refreshingly upfront about Wendy’s obvious shortcomings, and instead of playing cute and coy with them, the filmmaker leans into them and humanely emphasizes them. Wendy dances around the woods with her earbuds in when she should be paying attention to her surroundings. She spends just as much time taking selfies and texting with friends as she does putting up signs. Perhaps her greatest and most relatable flaw is that she can’t ever admit to being wrong. 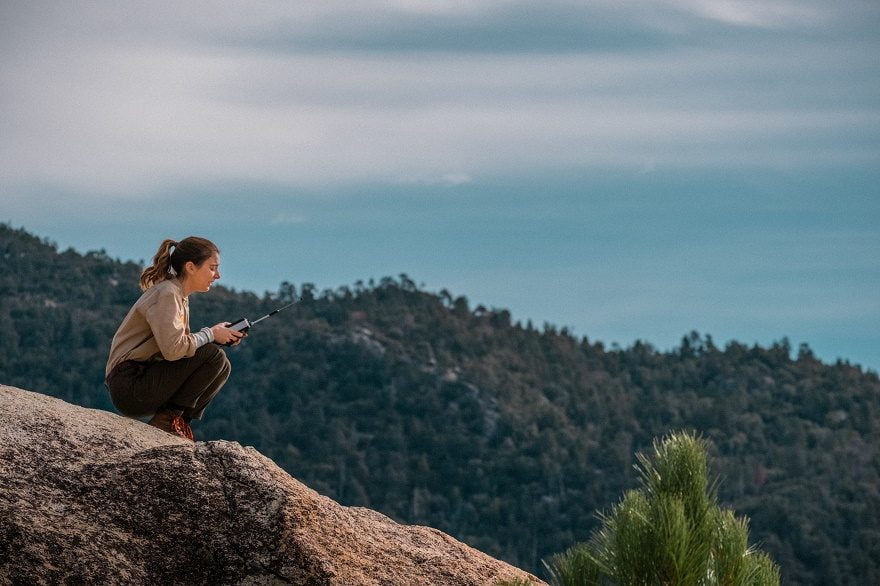 And yet, as created by Benjamin and nicely portrayed by Fontes, Wendy is a good person at her core; someone the audience might not relate to, but one that no one would wish any harm towards. She unquestionably sucks at her job, but she’s a good, eager person with reasonably decent intentions. The situation at play in Body at Brighton Rock would be realistically terrifying to someone like Wendy who would find themselves stranded in the middle of nowhere without reliable means of communication. The bits of Body at Brighton Rock that work best and most potently are the ones where the uncertainty of the natural world start to play mind games on the impressionable protagonist.

Benjamin gets a great assist here from cinematographer Hannah Getz, who proves to be a wizard with natural lighting in the daytime, and finds creative, evocative ways of using the light of the moon and Wendy’s flashlight to obscure and enhance certain terrors in the dark. Body at Brighton Rock, like Benjamin’s previous works, is absolutely stunning to look at, and one of the few recent thrillers that look just as good at night as it does in broad daylight.

But as nightfall creeps in, so too does the threadbare nature of Benjamin’s narrative. While it’s admirable that Body at Brighton Rock never wants to fully give into the terror of strangers creeping through the woods or the potential for a bear attack, Benjamin doesn’t find anything all that fulfilling to take the place of such standard beats. There is a bear, and at one point a mysterious man appears from seemingly out of nowhere to creepily examine the body, but neither aspect is ever as terrifying as it should be. Both devices play into the film’s groan inducing final reveal (which cheapens the film around it as a whole), but they also feel curiously like filler; a means of killing time and filling a narrative void with as little effort as possible until help arrives. Instead of a movie that could envelop someone in its icy grasp, it becomes an aimless, lacklustre chiller that needs a hokey, ill advised twist to deliver any sort of punctuation.

It’s hard not to be let down by the easily resolved plot to Body at Brighton Rock, which sets out to be a uniquely psychological horror movie, but gives up on its headier ideas halfway through in favour of a bog standard and not particularly impressive spook-fest. Benjamin still showcases a tremendous amount of talent, and I’m sure that there’s an exceptional feature to be found in her future, but Body at Brighton Rock wasn’t the right material to make that leap. It’s a disappointment, but one that doesn’t sour me on wanting to see what Benjamin does next.

Body at Brighton Rock is now available in Canada on VOD and iTunes.

Check out the trailer for Body at Brighton Rock: