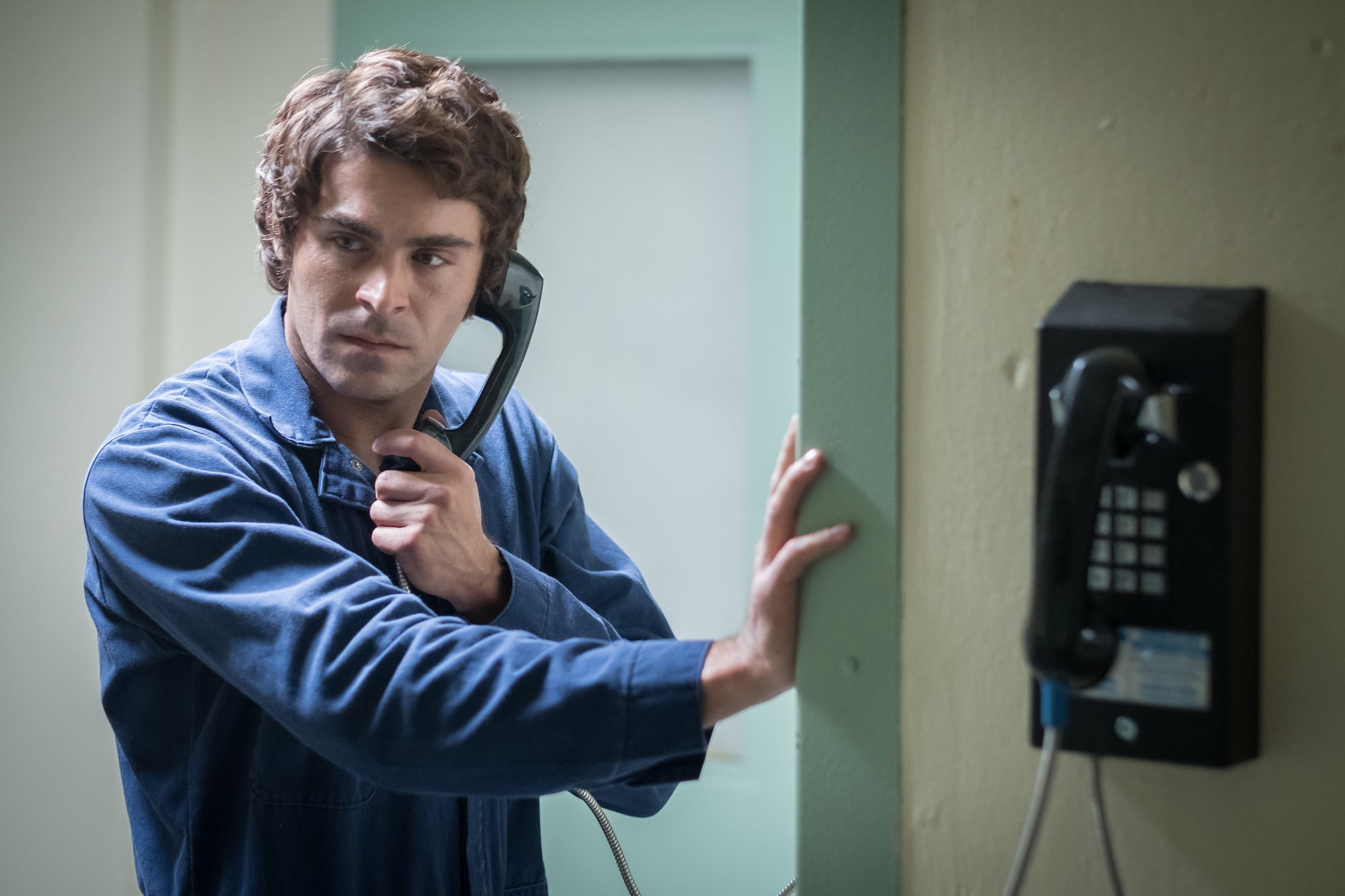 Well executed and performed, but ultimately hollow and meaningless, filmmaker Joe Berlinger’s look back at the crimes of serial killer and rapist Ted Bundy, Extremely Wicked, Shockingly Evil and Vile is a distressingly passive exercise to behold. It isn’t exploitative enough to be taken to task for its attempts at humanizing one of the most infamous criminals in American history, nor is it particularly insightful enough to add anything to the ongoing conversation about believing women or why Bundy was able to get away with his abhorrent behaviour for so long. In fits and starts, Extremely Wicked, Shockingly Evil and Vile works fine enough, but taken as a whole, it’s a disappointing null set of a film.

The film opens in 1969, as Bundy – played by Zac Efron, in a casting choice that’s against type for the actor, but perfect for the character – meets Elizabeth Kendall (Lily Collins) at a Utah college bar. Liz, a single mother and secretary, hits it off with the charming and seemingly helpful Ted, and the pair begin a seemingly loving and devoted relationship. As their love for one another blossoms, Ted is arrested under suspicion of kidnapping. From there, Bundy is linked to the murders, rapes, and disappearances of young women in Colorado, Florida, and his native home of Seattle. While Ted unleashes a full on charm offensive in court and in the press (when he isn’t attempting to escape from prison), Liz watches from afar, unsure of what to think about the man she still has feelings for.

Extremely Wicked, Shockingly Evil and Vile comes on the heels of Berlinger’s documentary series from earlier this year, Conversations with a Killer: The Ted Bundy Tapes, and the director’s dramatized take on events is equally the lesser and more ambitious of the two projects. While master documentarian Berlinger was able to parse new details and deeper, pent up emotions with Conversations with a Killer, Extremely Wicked, Shockingly Evil and Vile (which is only the director’s second non-documentary feature, next to Book of Shadows: Blair Witch 2) follows the most important key figures in the case with a greater distance and less overall context.

Berlinger’s construction and the screenplay from Michael Werwie (adapted from Kendall’s book The Phantom Prince: My Life with Ted Bundy) is curious. Extremely Wicked, Shockingly Evil and Vile makes the assumption that anyone watching the film will already be familiar with the heinous nature of Ted Bundy’s crimes. On one level, that makes Berlinger’s film somewhat more respectful towards his dozens of victims and their families, but it also humanizes one of history’s greatest monsters. If one were to go into Extremely Wicked, Shockingly Evil and Vile cold (as I’m sure some younger viewers are likely to), the whole thing plays quite chillingly like the tribulations of a man who might be innocent after all.

It’s a dangerous, but potentially enlightening approach to revel in Bundy’s self-righteousness, natural charisma, and preternaturally boyish good looks, but for such a gambit to work, Extremely Wicked, Shockingly Evil and Vile should be told exclusively from the viewpoint of Liz Kendall, with her partner taking a backseat in the shadows. Berlinger and Werwie fumble such an approach by spending far more time reenacting Bundy’s greatest hits (meaning his media appearances, not his killings, assaults, and kidnappings) than watching his then fiancee’s life unravelling. It might not be dragging the families of Bundy’s victims through painful recreations of their loved one’s deaths, but it also does nothing whatsoever to support the film’s early claims that Berlinger and company will be examining the complex emotions experienced by those caught up in the orbit of a calculating psychopath. 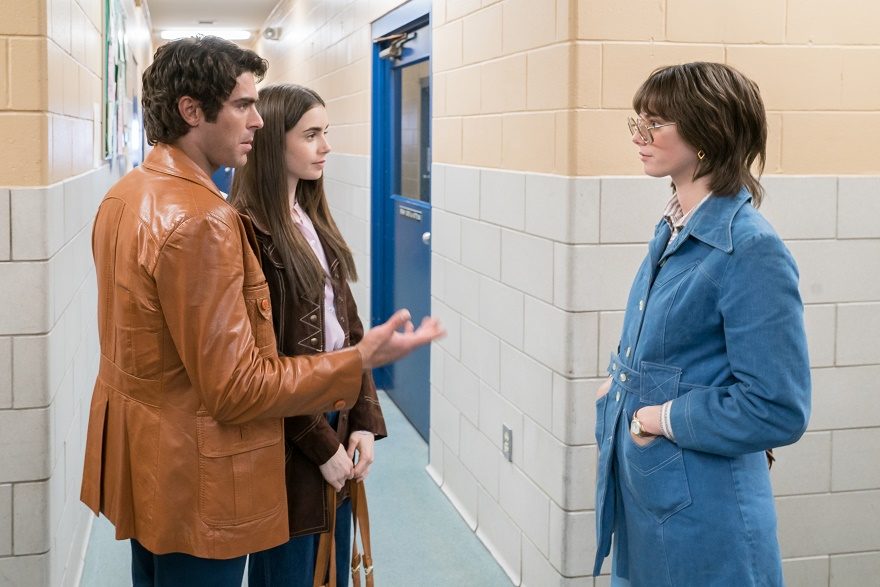 While Efron gets to preen and showboat as a man who claims during one of his several trials to be “more popular than Disney World,” Collins’ character is reduced to constantly waiting next to a phone for her lover’s next inevitable and contentious call. Liz’s relationship to her young daughter is barely mentioned, unless it’s in the context of reminding viewers how horrible Bundy was, and her burgeoning drinking problem is handled in the most hackneyed ways possible, complete with not one, but two thankless best friend characters (played by Angela Sarafyan and Haley Joel Osment) who seem to be on hand only to restate the obvious. Watching Liz overcome with fear and stress could’ve made for a fantastic counterpoint to any other works about the Bundy murders to date, and Collins in her handcuffed performance proves beyond a shadow of a doubt that she could carry such a film. It’s just a shame that Extremely Wicked, Shockingly Evil and Vile is Berlinger’s vision, and not in any way something substantial about the film’s vastly more interesting and underrepresented character.

And for what it’s worth, Extremely Wicked, Shockingly Evil and Vile isn’t a styleless affair, but rather one where it feels like the filmmaker is more enamoured with the performances, production design, and technical beats than delivering anything genuinely substantive. Next to the performances given by Efron and Collins and some nice, small character moments from Osment, John Malkovich (as a Florida judge), Jeffrey Donovan (as Bundy’s lawyer in Utah), Terry Kinney (as a Colorado detective), and particularly Kaya Scodelario (as one of the killer’s former lovers and eventual mouthpiece to the media), the real MVPs here are cinematographer Brandon Trost and editor Josh Schaeffer. From the opening sequences that cut back and forth between present and past and restaged Super-8 home movies of Liz and Ted in happier times spliced together with archival news reports, it’s apparent that Extremely Wicked, Shockingly Evil and Vile has a clear technical M.O. in mind, even if Berlinger can’t shake his love of horror movie tropes by using Marco Beltrami and Dennis Smith’s on-the-nose score to underline the obvious.

But outside of the look and a desire to see Collins have a bigger part in the story, the only interesting thing to be found in Extremely Wicked, Shockingly Evil, and Vile is Efron’s studious and calculated performance. Despite Bundy’s increasing frustration and desperation throughout the picture, Efron does a subtle and fine job of making the viewer realize patterns in his character’s behaviours. Even more than Werwie’s limp script and Berlinger’s showy, but empty direction, Efron finds the evil banality at the dark heart of the former law student. Perhaps realizing that Bundy isn’t too many steps away from some of the characters he was asked to play in his teen heartthrob phase, Efron embodies someone who’s thinks they’ll be able to coast through life on their charm, good looks, and intelligence. The film does nothing to make Efron’s character anything more than skin deep, but the performance definitely gets under the skin.

Extremely Wicked, Shockingly Evil and Vile might be the most apathetic and emotionless movie to boast a title almost entirely comprised of adjectives and adverbs. It takes Berlinger almost ninety minutes to conjure up an honest and relevant emotional moment, and almost the entire film for the director to stop ambiguously tap dancing around what viewers already know to be true about Bundy. It’s hard to make a film where a lot of people will know the ending going into it, especially when one of the main characters is universally reviled, but Extremely Wicked, Shockingly Evil and Vile is more of an example of how not to go about telling such a story. Watching the long-since-executed Bundy constantly reaffirming his innocence for two hours doesn’t grow infuriating or all that incendiary. It just becomes annoying, repetitive, and boring.

Extremely Wicked, Shockingly Evil and Vile premieres on Netflix on Friday, May 3, 2019.

Check out the trailer for Extremely Wicked, Shockingly Evil and Vile: