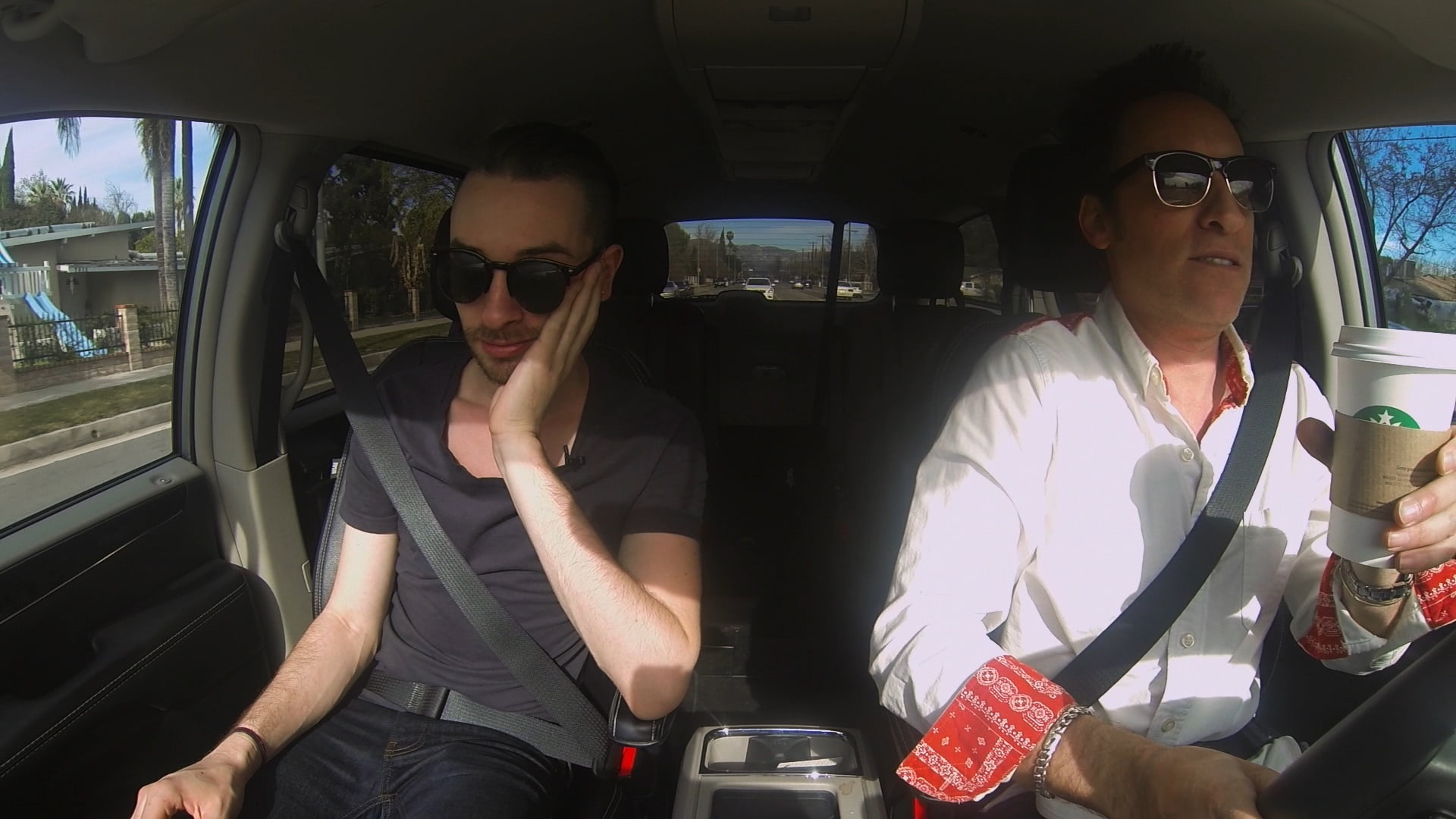 First time feature director Ben Kaplan examines how television viewing habits have changed in the past several decades and the sometimes strained, but always loving relationship he has with his pop culture obsessed father in the genial and entertaining documentary Viewer Directon Advised.

Ben, a Canadian television production major fresh out of university and on his way to Los Angeles to intern on one of his favourite shows, has an interesting relationship with his father. Marshall Kaplan (who also produces) followed his love of classic television (especially The Brady Bunch, a show that Ben and everyone else in the family seemingly can’t stand) into becoming a screenwriter, TV producer, journalist, and prolific caricature artist. Marshall has thousands of drawings, magazines, scripts, and other pieces of classic television memorabilia in their basement, and Ben can’t figure out the obsession. Believing that today’s television is superior to the stuff Marshall grew up on, Ben has trouble connecting to his father’s boundless enthusiasm and energy, sometimes to the point of embarrassment.

Viewer Direction Advised bounces back and forth between Marshall trying to take his son on a Hollywood sightseeing experience (including an attempted Fantasy Island tour that takes a priceless, unexpected detour), while Ben and Marshall sit down with various television industry titans from the past and experts – including Normal Lear and Dallas creator David Jacobs – to look at why this father and son process the pop culture of their era in different ways. The notions expressed in Viewer Direction Advised about how television used to be communal, appointment viewing and how streaming has led to more solitary, instantly gratifying watching patterns aren’t anything new, but the father and son dynamic (which could’ve been very corny in lesser hands) is sweet, charming, and elucidating. It almost works better as a travelogue, but the two threads link up well and in a disarmingly likeable and instantly relatable fashion.

Viewer Direction Advised screens at the 2019 Toronto Jewish Film Festival on Sunday, May 5 at 8:00 pm at Innis Town Hall.