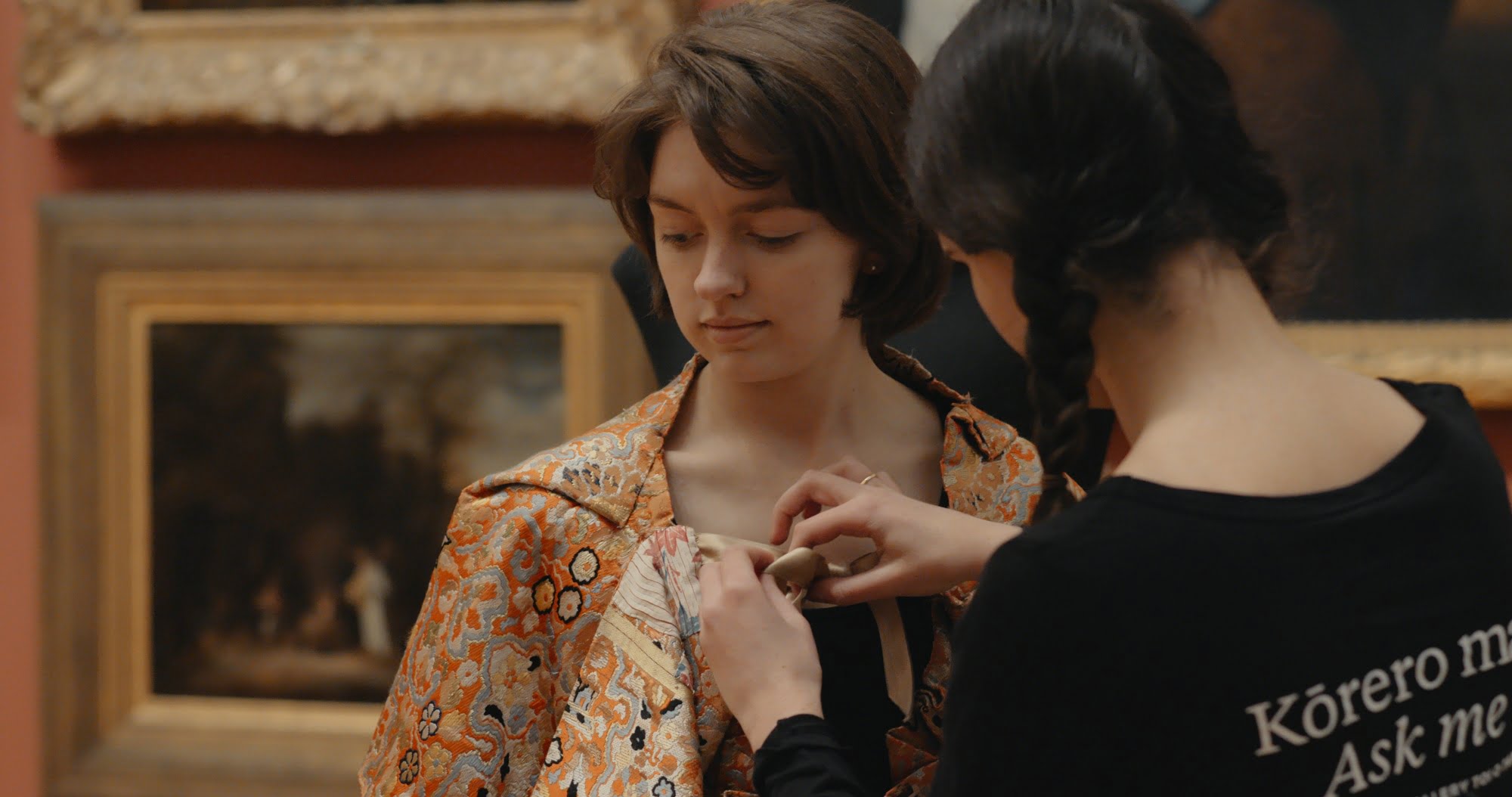 Documentarian Robin McKenna’s intelligent and life affirming documentary Gift will make viewers consider how they give, receive, and create art in a fresh, new light. Inspired in part by Lewis Hyde’s seminal 1983 book The Gift: Creativity and the Artist in the Modern World, McKenna’s film follows four examples of art that gives selflessly and expects nothing in return for its existence outside of a little bit of spiritual or emotional contemplation. While most people consume art as sort of a give-and-take relationship (with buying a movie ticket, attending a stadium concert, or buying a painting acting as good examples), Gift is all about the increasingly rare kind of art that stands for something greater and gives back to the people and communities that surround it. Gift looks at people who labour for their art and what it means on a deeper level to those who choose to accept such an offering.

McKenna travels the world to look at three specific craftspeople and one unique social situation that illustrate how art is about more than making money or a passing interaction between a work and someone’s eyeballs. In a Kwakwaka’wakw island community in Alert Bay, visual artist Marcus Alfred, the youngest chief in his tribe’s history, is fifteen days away from a major event for both himself and his people: a potlatch where everything he has helped to create will be given away. It’s a practice that’s rooted in tradition that white settlers never understood, and one that landed his grandfather in prison.

In Italy, during the country’s biggest ever housing crisis, visual artists have helped to protect over 200 migrant families squatting in a decaying former sausage factory by establishing Metropolitiz, the world’s only inhabited museum. Families live in harmony with the art all around them, created freely by artists who can paint, draw, or sculpt pretty much anything they please. The goal of the museum isn’t solely to beautify a place where marginalized people dwell, but to use the value of the art market against the value of the real estate market in a form of social activism; ensuring these families have a place to stay, while fending off land speculators and major corporations in the process.

These two stories in particular provide the humane and emotional backbone of Gift, and McKenna could’ve easily made either thread into a fascinating stand alone movie about the value of art in modern day capitalist society. It’s easy to see just what art means to indigenous peoples and the migrants who are being protected by it, and that the gifts being given by the artists are being used to keep dying and tenuous communities supported and alive. As such, the other two threads of Gift suffer slightly in comparison, but offer some much needed context as to what McKenna is trying to say about the perceived value of art.

Social worker and amateur beekeeper Michelle “Smallfry” Lessans is trying to construct a giant honey and mead dispensing bee-car for Burning Man, the famed festival and social gathering where everything is given freely and nothing can be bought, sold, or traded on the grounds. In Auckland, New Zealand, artist Lee Mingwei is constantly trying to find new ways to turn art into unique gifts, be it through private, impromptu musical performances, origami made of money, mending clothing for free while listening to the owners’ stories about their garments, or encouraging people to take flowers and pass them on to strangers on their way home.

While the indigenous and refugee stories showcase how the selfless art of creation can keep families together, traditions alive, and cultures from disappearing, the other threads of Gift more expressly look at how capitalism has made it hard for many people to accept artistic offerings. The looks given by people approached to be on the receiving end of some of Mingwei’s creations and ideas lines up nicely with Alfred’s recollections about settlers sneering at the idea of a potlatch. Many westernized cultures have been conditioned to believe that even the best of intentions doesn’t come for free, and that art comes with a physical or subtextual price tag attached. While I’m sure McKenna was trying to make a film about the transformative power of giving with Gift (which would explain the connection to Hyde’s text), her documentary actually works better as a pointed look at how people have lost the ability to be graciously surprised by art in their everyday life. While all the artists profiled in Gift are giving freely, honestly, and with all their hearts, it’s more of film designed to prompt a call to appreciation and understanding.

Gift isn’t a film made to wade into the debate of what art is worth on a monetary level or how much a creative type should be paid for their work, but one that looks at the all too forgotten spiritual side of creating; something that could never be fully quantified except to the person creating and gifting the art. As a documentary, it might not have much of anything new to say about the gift economy and how it runs counter to established capitalist rules and social graces, but it’s certainly a call to thought for viewers about never looking an artful gift-horse in the mouth. It’s a wonderful plea for people to step outside of themselves and let art into their hearts and minds at every opportunity.

Gift opens on Friday, May 17, 2019 at Carlton Cinemas in Toronto. It also screens on Tuesday, May 14 at Rio Theatre in Vancouver, May 17 at the Lethbridge Sustainable Living Association in Lethbridge, Alberta, May 30th at the Sunrise Film Festival in River John, Nova Scotia, and August 17 at The Barn Loft at Fieldwork in Maberly, Ontario.

Check out the trailer for Gift: