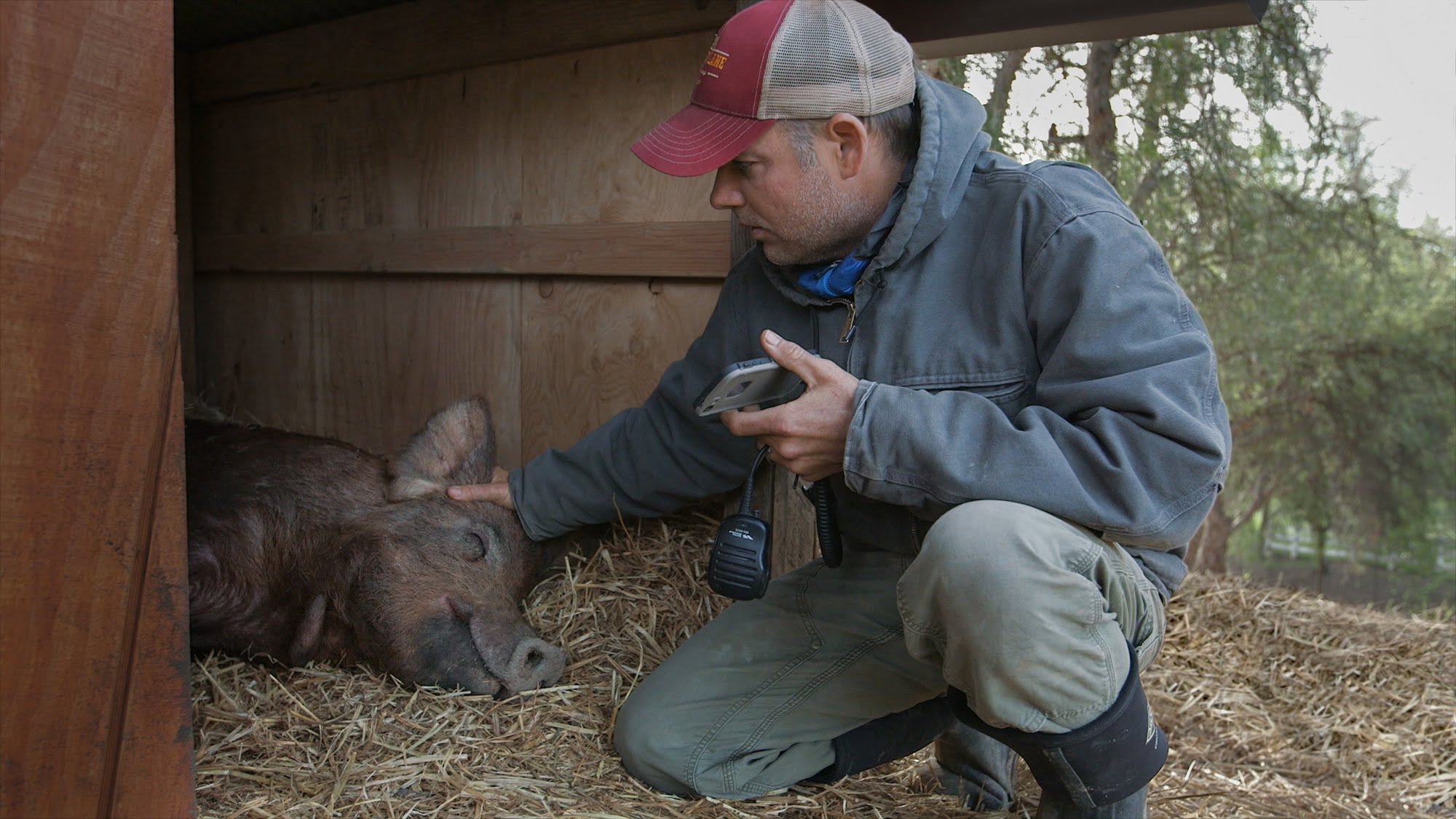 With a healthy balance of earnestness and brutal honesty, the documentary The Biggest Little Farm looks at the life affirming victories and confidence shaking setbacks faced by a husband and wife taking a crack at large scale, sustainable lifestyle and business practices. A film about noble aims and goals that never sugarcoats the hard work and dedication it takes to raise animals and produce crops in tandem with nature and without taking chemical or technological shortcuts, The Biggest Little Farm is a rare sort of documentary. It’s a film about the overall triumph and tenacity of the human spirit, but it also isn’t for the squeamish or easily dissuaded.

Nature documentary filmmaker John Chester and his private chef/foodie blogger wife, Molly, long held onto a dream of owning and operating the type of farm that one often only saw in children’s books. Nudged along by needing to move out of their Santa Barbara, California apartment thanks to the separation anxiety suffered by their rescue dog, Todd, John and Molly dove headlong into pursuing their dream in 2010, purchasing 200 acres of farmland about an hour north of Los Angeles. Not only did John and Molly barely understand the basics of farming via advice they were able to glean from books and talking briefly to other professionals (most of whom thought they were crazy), the land itself – a long dormant lemon and avocado plantation set in the middle of numerous, modernist monoculture farming operations – wasn’t the most hospitable. The soil was essentially dead, irrigation systems were woefully inadequate, Southern California was in the grip of one of the longest droughts in history, and their chief advisor, Alan York, was a laid back hippie type who assured the Chesters that all their problems would be solved within seven years.

The Biggest Little Farm finds John documenting and keeping a video journal of their frustrations and increasing impatience across those first seven years at Apricot Lane Farms. Their dedication to cultivating the highest level of biodiversity from the land as possible and desire to work with nature instead of skewing it to their specific needs frequently causes John and Molly to question their methods. The number of crops planted by Alan and their crew is too complicated for them to keep track of them all, and considering that farmer’s market patrons are really only buying their eggs, most of them seem unnecessary. Alan also mentioned that animals outside of the ducks, chickens, sheep, bison, and pigs being kept on the farm would play in important role in the ecosystem, but he never advised John or Molly on how to deal with pests and predators sustainably and equitably. How does one combat coyotes, snails, starlings, and gophers from tearing the farm apart without killing them? 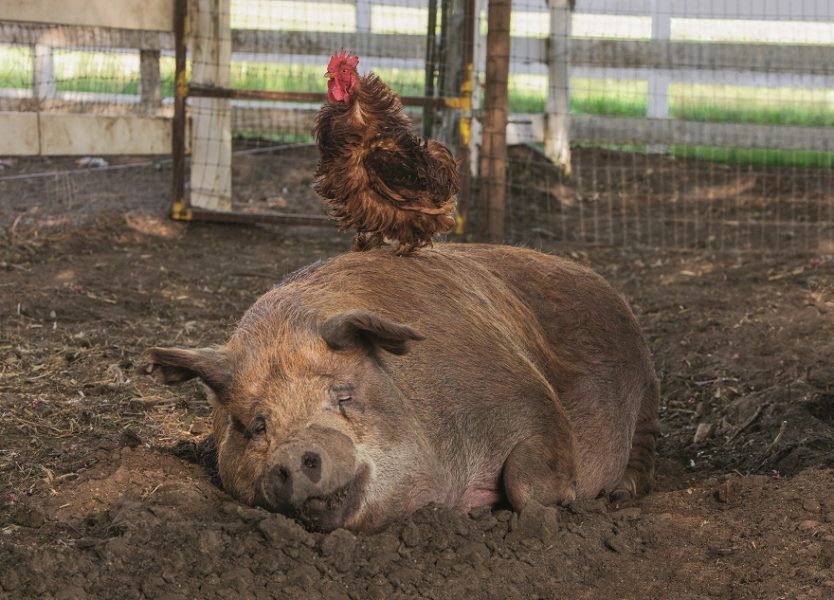 Probably due to the complexity of the farm itself, The Biggest Little Farm does find Chester glossing over some big picture issues and philosophical questions that are dangled, but never fully realized or parsed. The economics of running and maintaining the farm are somewhat vague, reduced to a single early mention of investors buying into the business, but never explaining things beyond that; something that would help provide some necessary context as things get harder for the Chesters. John mentions that he’s wrestling with knowing that some of the animals he has formed attachments to will be eventually used for food, but outside of a single line of dialogue, that’s never followed up on again. As an overview of many issues sustainable farmers face on a daily basis, The Biggest Little Farm is basic, but certainly not ineffective.

Where The Biggest Little Farm excels is in its depiction of agrarian life is in its unvarnished and unadorned look at the myriad of unforeseen problems that occur on a regular basis. Every day presents a unique, sometimes soul crushing hurdle to overcome. All life on the farm, whether plant or animal, can be snuffed out inexplicably, suddenly, and without warning. (And yes, animal lovers, there is a healthy, but unflinching look at the natural circle of life in The Biggest Little Farm, but the deaths here are more impactful and heartbreaking than any thousands of superheroes in a summer blockbuster.) Working on a farm like the one John and Molly have constructed is a constant fight against disillusionment. It’s hard to hang onto a single success when the early going of their operation leaves them feeling like failures for 360 days out of the year. Each passing season forces them to shift priorities, approaches, and make hard decisions. The Biggest Little Farm is an empathetic, deeply personal look at people who are constantly overwhelmed, but driven to make their dreams a reality.

But best of all, the people who make The Biggest Little Farm work never sell out their ideals fully. John is forced into an awkward spot when it comes to the welfare of his animals, but everything else stays relatively true to the journey the couple outlined from the start. The rewards, both of the film and the work being depicted within it, are hard earned, and The Biggest Little Farm unequivocally states that farm living isn’t for everybody. John and Molly dove in relatively unprepared for the physical and emotional turmoil it would put them through, and while they want to share their ultimately fulfilling and uplifting journey, they want to make sure that no one repeats their mistakes or goes into such an endeavour with unreasonable expectations. The Biggest Little Farm will make anyone want to rush out and thank a farmer for all their hard work as soon as the credits are done rolling.

The Biggest Little Farm opens at The Hot Docs Ted Rogers Cinema in Toronto and Cineplex International Village in Vancouver on Friday, May 17, 2019. It expands across Canada on Friday, May 24.

Check out the trailer for The Biggest Little Farm: