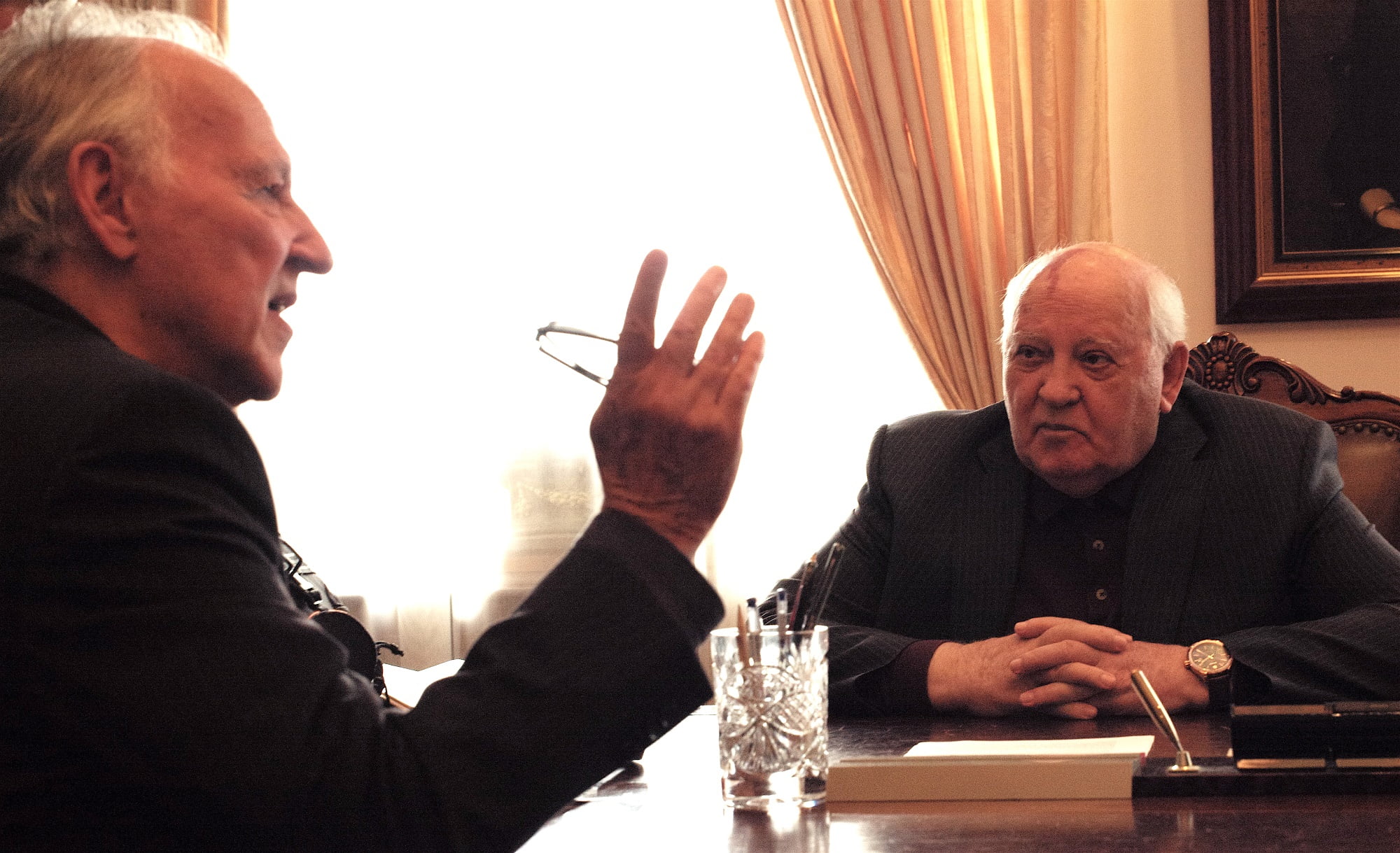 Meeting Gorbachev is a dry, straightforward, and curiously unexceptional look at one of the most divisive and noteworthy world leaders in history, which would be fine if the documentary’s co-director and primary interviewer was anyone other than Werner Herzog. A point-for-point retelling of the life and times of former Communist and Soviet leader Mikhail Gorbachev and nothing more, the latest from Herzog and frequent collaborator Andre Singer doesn’t offer a lot of personality, and very little of this couldn’t be found in history books or old news reports. Herzog, who has always had a flair for balancing drama and restraint in equal doses, seemingly can’t be bothered to bring much emotion or new insight to Meeting Gorbachev, and neither does the film’s subject. Everyone involved here seems to think that Gorbachev’s story and his policies of Glasnost and Perestroika speak for themselves. It’s a fascinating life and career, but Meeting Gorbachev is constantly hinting at a much richer film that never materializes.

Early on, Herzog – in his trademark droll and drawn out speech pattern – narrates that Meeting Gorbachev has been built largely around a trio of sit down conversations he had with the retired politician; conducted over the course of several months and not long after Mikhail’s 87th birthday. But in the early going, Gorbachev’s voice is curiously missing from Meeting Gorbachev, never becoming a major factor in his own film until roughly thirty minutes in. The first third of Meeting Gorbachev finds Herzog and Singer slowly discussing their subject’s early years, with the former reading recollections that Gorbachev has either spoken before or written down word for word while some admittedly impressive and undeniably rare archival footage plays. It’s like watching someone on a stage giving an overly long introduction to the next speaker while the subject patiently waits a few feet away.

Meeting Gorbachev is all about the facts and nothing else. Tracing Gorbachev’s life from growing up on a farm – a model student who was the son of a highly decorated World War II veteran and an illiterate, but adoring mother – to becoming politically invested in forwarding the cause of the working and agrarian classes, rising through the ranks of the Communist party in the process, the film has little room for depth or flavour. In typical Herzog fashion, there are some amusing tangential anecdotes sprinkled throughout (especially with regard to how Gorbachev was perpetually passed over to lead the party in favour of a succession of openly senile and ineffective dinosaurs), and the filmmaker’s preoccupation with death and mortality keeps poking through the surface, but other than a few flashes, Meeting Gorbachev feels like a film that simply has the director on hand as a host. Any reasonably seasoned filmmaker with access to the same subjects and materials could’ve turned in something that looks and acts in the same manner as Meeting Gorbachev, which makes Herzog’s prominent attachment to something this lifeless all the more curious. 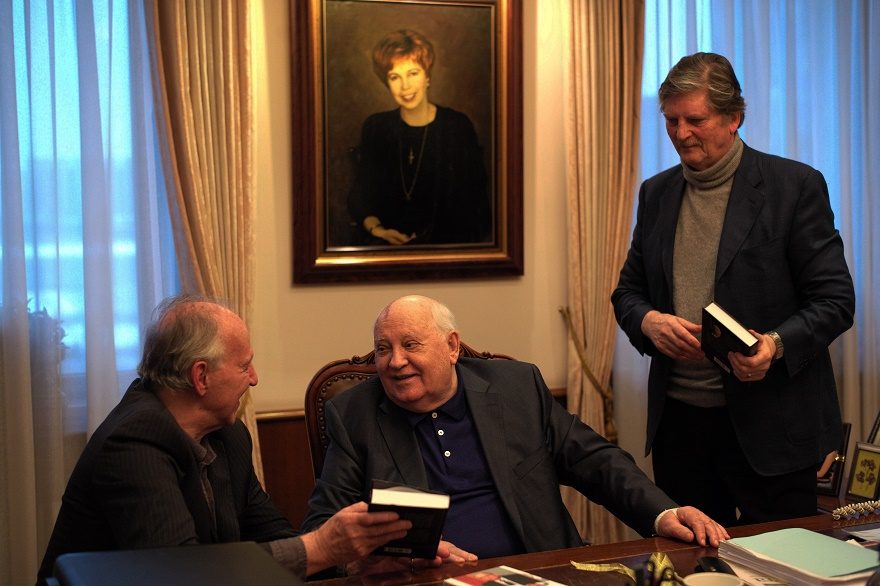 Other politicians and world leaders from the era – like former Polish president Lech Wa??sa, longtime German chancellor Helmut Kohl, and former U.S. Secretary of State James Baker – are interviewed, giving their thoughts on Gorbachev’s leadership, but the film’s main subject provides Herzog and Singer with the best insights. In his interviews with Herzog, Gorbachev (who isn’t in the greatest of health these days) speaks bluntly and plainly about his frustrations with the Communist power structure he wrestled with, regrets about the Chernobyl disaster and how it was portrayed by the global media, dismays about the resurgence of nuclear proliferation, and his unfiltered thoughts about successor Boris Yeltsin’s reckless nature. There’s a lot of historical value in these musising (which probably explains the film’s appropriate production partnership with The History Channel), but there still isn’t anything that could spark Meeting Gorbachev to life. It’s a fact dump, but there are glimpses of something that could’ve been much greater.

Early on, Herzog admits to having some apprehension about sitting down with Gorbachev. As a proud German who lived through the country’s political division, the reunification of his homeland meant a lot to him, and Gorbachev still uneasily represents ties to a darker past for the nation. The most profound and moving moment in Meeting Gorbachev happens when Herzog comes clean about his political leanings and the two have an honest conversation about what that time in the history of their countries means to them. Much like the anecdotes sprinkled throughout Meeting Gorbachev, it hints at a film that could’ve had some fire in its belly. Instead, it’s just another thing that falls by the wayside in favour of sticking to a bullet point presentation and bland recitation of facts.

Meeting Gorbachev opens at TIFF Bell Lightbox in Toronto and  The Cinematheque in Vancouver on Friday, May 17, 2019. It expands to Ottawa, Victoria, and St. Catherines on May 24, Calgary on May 31, and to additional cities in the coming weeks.

Check out the trailer for Meeting Gorbachev: