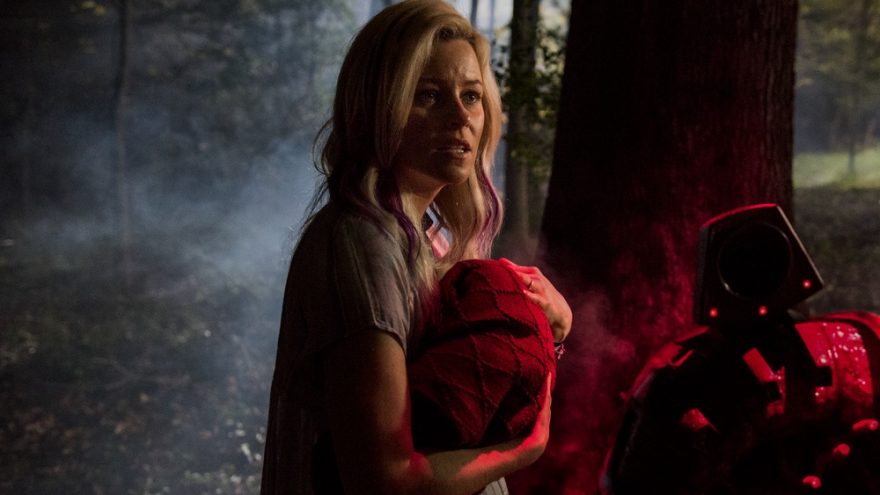 Although certainly not without its sinister charms, Brightburn is a forgettable blend of fantasy and horror, based on a premise that can be summed up in a single sentence and a film that follows woefully oblivious characters as they piece together something the audience can figure out mere seconds into the story. Brightburn isn’t a smart or particularly original movie movie, only an occasionally entertaining and spooky diversion. If it had been released later in the summer, Brightburn would’ve been an okay excuse to dip into an air conditioned theatre, but here in late spring it just kind of sits there, taking up space.

What if Superman came to Earth, but he was secretly evil? That’s all you need to know about Brightburn; no more, no less. It’s a premise so simple that it’s almost impossible to spoil. A couple living on a farm in rural Kansas (Elizabeth Banks and David Demman) who’ve been having trouble conceiving a child of their own think their prayers have been answered when a passing meteor shower delivers them a baby. For twelve years they raise young Brandon (Jackson A. Dunn) as their own, never telling him of his otherworldly origins. One night, the craft that brought Brandon (which is stashed in the family barn) starts communicating with him. Overnight, Brandon discovers that he can move really fast, fly from place to place, and is virtually indestructible. He starts acting violently creepy, and the ship basically tells Brandon that his purpose is to take over the planet.

Brightburn doesn’t have much going for it outside of a basic understanding of Superman’s origin story (who, since this studio isn’t affiliated with DC Comics, is never named) and an even more basic understanding of horror movie cliches and tropes. Dad suspects that Brandon could be behind a recent rash of injuries, murders, and mysterious disappearances, but mom remains willfully ignorant to the signs pointing back to her beloved son. Without the evil superhero hook, Brightburn is just another bog-standard creepy kid movie. 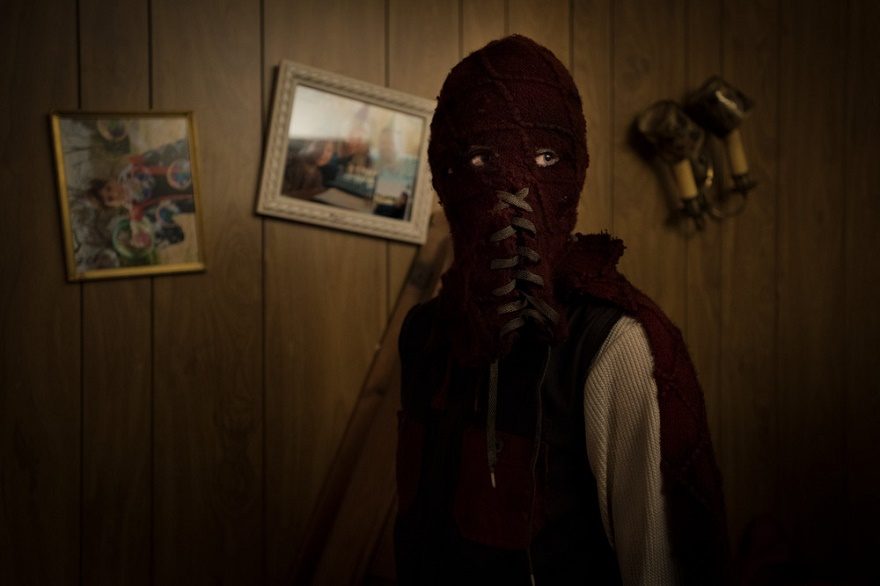 The script for Brightburn from the writing team of Brian and Mark Gunn (one of the brothers and cousins of Guardians of the Galaxy and Slither filmmaker and this this movie’s producer James Gunn, respectively) is useable at best, and the direction of music video veteran and frequent Gunn collaborator David Yarovesky is competent, if unexceptional. Brightburn follows the same template set out by the likes of The Boy, Orphan, Mikey, The Bad Seed, The Good Son, and both versions of Pet Sematary before it with very little deviation or ambition. There’s no ambiguity to Brandon’s evil nature, nor any sense that he can be swayed from his dark, predestined path. Denman and Banks do what’s required of them, while Dunn does a terrific job of taking centre stage as the malicious alien child. It’s a ho-hum metaphor for being an outsider and pre-pubescent fears of growing up. Every time a new character pops up, you know immediately that they’re a goner. There’s so little to say about Brightburn and its adherence to strict genre formula that I’m really struggling to pad this review out.

Outside of Dunn’s performance, there are only a few admirably inventive and gruesome bits of gore to set Brightburn apart from its like-minded brethren. There’s one bit involving the aftermath of a car wreck that I’ll probably have burned into my memory for quite some time, and the film’s crash-bang-boom finale is well executed. That’s refreshing to see in a film about an evil child produced in this current age of sanitized, all ages horror flicks. Outside of those few things, I’ll probably struggle to remember anything about Brightburn other than its concept and title by the end of the weekend.

Brightburn opens in theatres everywhere on Friday, May 24, 2019.

Check out the trailer for Brightburn: