I’m Going to Break Your Heart is a refreshing, if slightly overlong documentary about a married couple trying to work out their personal and professional issues in tandem. The couple is question is Our Lady Peace frontman Raine Maida and his wife of twenty years, singer-songwriter and frequent collaborator Chantal Kreviazuk. It’s a partnership that has provided plenty of good tunes and legendary tabloid fodder in Canada, but I’m Going to Break Your Heart shows Maida and Kreviazuk at their most vulnerable and potentially disagreeable. It can be pretty uncomfortable to eavesdrop on their arguments, but that’s entirely the point. It’s those clashes that make the high points of Jim Morrison and Annie Bradley’s documentary that much sweeter.

At the outset of the film, Maida and Kreviazuk both admit to their marriage therapist that they’re going through rough patches romantically and professionally. Between constantly touring and taking care of their three kids, neither Raine nor Chantal can remember the last time that it was just the two of them together and living for the moment. They piece together that their last day off from their professional and familial duties was probably during a day trip several years ago in the middle of a European tour to the French island of Saint Pierre et Miquelon. They travel back to the island not only for a chance to reset their bearings, but also to write songs for a collaborative effort that they’ve spent the better part of four years trying and failing to put together.

Maida and Kreviazuk say that they’re happiest when playing and performing together, but I’m Going to Break Your Heart shows the cracks forming in their partnership without embellishment. Outside of an opening montage that rather humbly details the couple’s credentials as Canadian rock royalty, I’m Going to Break Your Heart isn’t a film that’s focused on past accomplishments, but rather a moving and vexing fly on the wall examination of two people unable to grow together more than they already have. There are obvious flashes of their chemistry together, and there’s obviously a tremendous amount of love there, but the mounting tension between the two is palpable. Raine is opinionated to the point of sometimes appearing cold, risk taking, and impatient, while Chantal comes across as being a lot more relaxed, demanding, and passionate than her husband.

I’m Going to Break Your Heart (which is named after a song they’re tinkering with in the film, and not after the similarly titled Wilco documentary and album I’m Trying to Break Your Heart) is a unique sort of documentary that daringly doesn’t have an agenda of any sort. What could’ve easily been just a promo film to hype a new album is instead an introspective, borderline experimental tale from two people who’re trying to forge a new path in life instead of remaining stagnant. It isn’t necessarily a film about heartbreak, but rather something far more ineffable: creative and romantic fulfilment working together in harmony. 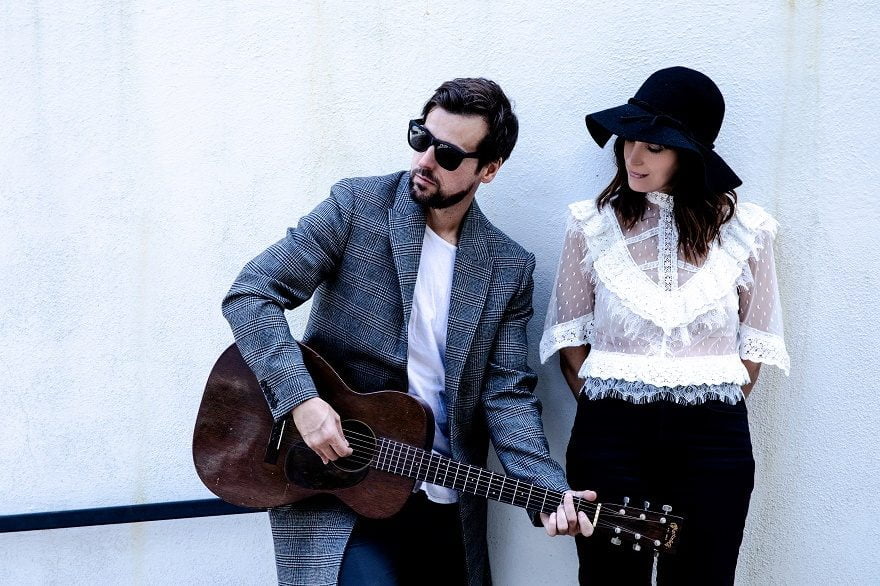 There aren’t any sit down interviews with Maida or Kreviazuk to get dirt on one another, and Morrison and Bradley don’t go digging for it. The goal of I’m Going to Break Your Heart is to remain strictly observational and seeing what comes from it. Sometimes it can be the two of them joking around, and other times they could be having a heated argument over what the other brings to their writing sessions. It’s just like spending time with an old married couple, but one that just so happens to be one of the most influential, lucrative, and prolific partnerships in the history of Canadian music.

Maida and Kreviazuk boldly and proudly wear their feelings and their egos on their sleeves, and they’re nothing if not completely self aware about who they are as artists or individuals. They’re able to take their setbacks and disagreements and turn them into art, but the one thing they never ask themselves is whether or not they’re trying to force a project into existence that should come about organically. That big question is never expressly posed, but tantalizingly lingers within the margins of I’m Going to Break Your Heart. It’s one of the few times where a documentary’s most unanswered question becomes the backbone of the entire project. Raine and Chantal seem to know each other inside and out by this point, but what have they really learned about their working relationship? More pointedly, do they work together too much to ever be romantic again? Has it become all about the music and not as much about each other’s needs as people?

I’m Going to Break Your Heart offers a lot of food for thought, and while it boasts a lot of padding (especially in the film’s unnecessarily drawn out final thirty minutes after they’ve returned home from France), it’s a commendable exercise in artistic and commercial transparency. It seems like watching a relationship that’s turned verbally combative unravelling before a viewer’s eyes, but it’s actually a well rounded look at two people who’ve created a safe space for themselves where they can be brutally honest and come back stronger as a couple than when they went in.

I’m Going to Break Your Heart screens for one night only at select Cineplex locations across Canada on Thursday, May 23, 2019. It opens at Carlton Cinemas in Toronto and is available on iTunes, VOD, and Crave starting on Friday, May 24.

Check out the trailer for I’m Going to Break Your Heart: