Review: Gordon Lightfoot: If You Could Read My Mind 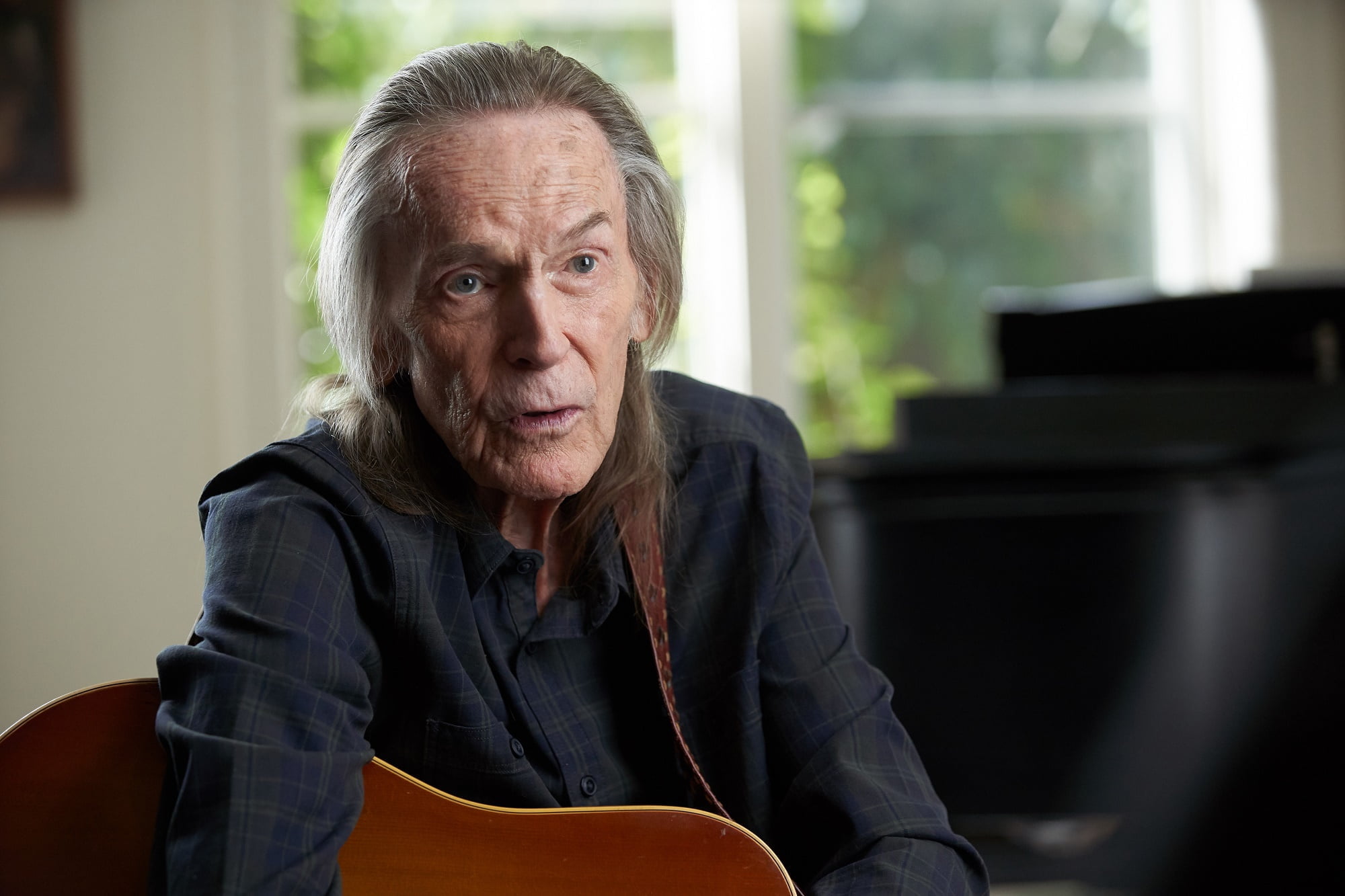 A laudatory, unchallenging, boilerplate pat-on-the-back for one of Canada’s biggest musical icons, Martha Kehoe and Joan Tosoni’s documentary Gordon Lightfoot: If You Could Read My Mind is the kind of fan service that I find dubious, but I assuredly understand the appeal of it. A lightweight retelling of the life and times of bestselling and beloved singer-songwriter Gordon Lightfoot, If You Could Read My Mind only pays passing lip service to many of the darker, less inviting aspects of its titular subject’s life in favour of focusing positively on all his hits, friendships, and accomplishments throughout the years. What emerges is a fine enough bullet point recitation of facts that are recounted jovially by the documentary’s titular subject, but it’s as deep as an unfolded servillette.

Produced in part by the CBC, Gordon Lightfoot: If You Could Read My Mind is the kind of documentary about a famous person that can be made practically by buying a kit off the shelf. It opens with thirty or so minutes talking about some of Lightfoot’s biggest hits (including the numerous songs that would go on to have arguably bigger lives as covers performed by other artists), followed by another third of the film that talks about his early years playing coffee houses in Toronto’s trendy Yorkville neighbourhood and New York’s even hipper Greenwich Village, and then spends a final thirty minutes finally getting around to the harder personal details of Lightfoot’s life. Talking heads that know Lightfoot well pop up here and there to add a bit of context, but they don’t tell the viewer anything that the artist doesn’t already freely offer up about himself. It’s a popular documentary arrangement that’s as reliable as one of Lightfoot’s musically rudimentary, but lyrically poetic folk rock ditties.

“Man, weren’t the sixties a great time for music?,” the film seems to ask like it’s trying desperately to sell a K-Tel compilation of Freedom Rock tunes. “Also, did you know that Gordon Lightfoot is one of Canada’s most famous and influential singer-songwriters?”

To these questions, it’s hard for me not to respond with, “Yes. I knew that already. So why aren’t you telling me more about his importance and life outside the public eye instead of telling me what everyone already knows while coddling his already well cultivated public image in the process?” Gordon Lightfoot: If You Could Read My Mind isn’t so much a serious documentary as it is a calculated, only vaguely forthcoming charm offensive.

Gordon Lightfoot: If You Could Read My Mind is aimed squarely at his legions of fans (especially his Canadian ones, with Kehoe and Tosoni basically painting him as the only singer-songwriter who ever mattered in the country, without ever once comparing him to anyone else in the process) and not for anyone who might be interested in how complex and contradictory he is as a person. Lightfoot is more than willing to open up about his alcoholism and mentions in the film’s closing moments that he’s caused a great deal of pain to some of the women in his life, but anyone wanting to know more about his numerous children, divorces, or failed professional and romantic relationships won’t have any greater insight as to why none of that worked out for him. To hear it straight from the horse’s mouth, Lightfoot just had a terrible drinking problem and there was nothing else that cast darkness over his life. Life isn’t that simple for a successful musician who was operating at the level that he was, but Gordon Lightfoot: If You Could Read My Mind asks viewers to think that it was. And other than an opening moment where Lightfoot talks about the one song that’s too painful to sing anymore and the insinuation that his hit track “Sundown” was a thinly veiled, but laughably hypocritical jab at an ex, anyone hoping to learn more about his actual works will be left equally in the dark.

Kehoe and Tosoni have made a film that’s so softball that they might as well be lobbing Lightfoot nerf balls encased in bubble wrap. While the film’s subject appears eager, jovial, or likable at all times (especially during a somewhat embarrassing moment where he prattles on about his love for Drake while driving down Toronto’s Yonge Street like the world’s least cool grandfather), Gordon Lightfoot: If You Could Read My Mind is a film that’s constantly on edge. It’s hard to tell is Kehor and Tosoni don’t want to ask Lightfoot about anything too triggering or if he rebuffed them when they tried.

Gordon Lightfoot: If You Could Read My Mind might be a film about an enduring Canadian music icon, but it’s also the story of a man (or possibly those around him) who are extremely protective of his overall legacy. Anything that could be seen as portraying such an icon in a negative light – like his relationship to Cathy Smith, the woman who said she injected John Belushi with the speedball that killed him, or infamous shows in the 70s that ended with the singer storming off after a drunken tantrum – are given a time limit to be talked about and examined. These moments of darkness are paved over quickly in favour of getting back to the hit parade as soon as possible, leaving many dangling questions in the process. It can’t overlook these moments, but Gordon Lightfoot: If You Could Read My Mind isn’t entirely up front with the viewer about how little the subject wants to talk about them.

I’m not saying that Gordon Lightfoot isn’t an iconic musical artist (even if most of his songs, like many folk artists of the period, manage to sound the same in spite of their ambitious, sometimes delightfully strange lyrical content) or that every documentary about a famous person needs to dwell in the darkness. What I’m saying is that Gordon Lightfoot: If You Could Read My Mind is a feature length promo clip for an established artist who doesn’t need any more promo clips to pad out his resume. It’s a documentary so stock and uninspired in its aims that one could easily do their own research about Lightfoot and uncover a more richly rewarding story than the one the subject and filmmakers are providing for viewers. It’s a movie about an icon, and everyone involved here will do everything in their power to make sure you don’t forget it. What the film doesn’t want you to know is that Gordon Lightfoot is more complicated than he seems.

Gordon Lightfoot: If You Could Read My Mind opens at The Hot Docs Ted Rogers Cinema in Toronto on Friday, May 24, 2019. It opens at The Vic in Victoria on May 31, PAC Film House in St. Catharines on June 5, at the Hyland in London, The Loft in Cobourg, Bytowne in Ottawa, Playhouse in Hamilton, Princess in Waterloo, and Indie Cinema in Sudbury on June 7, at The Globe in Calgary on June 14, and at the Roxy Theatres in Saskatoon and Regina on June 21.