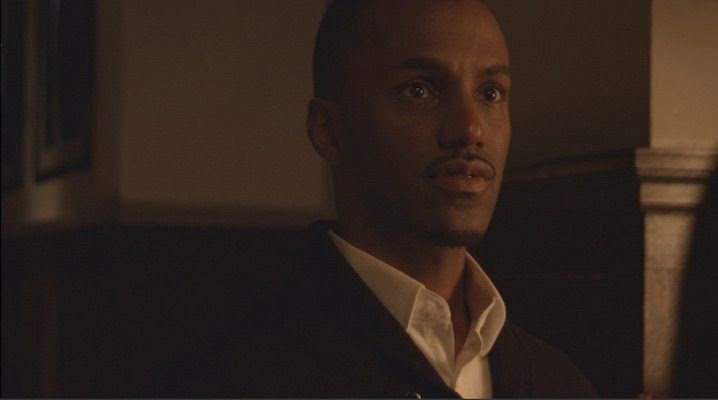 Inside Out 2019 Review: From Zero to I Love You

Writer-director Doug Spearman’s latest film, the romantic drama From Zero to I Love You, is clearly a labour of love that’s making-do with the limited amount of resources it has on hand. Nearly saved by a pair of good leading performance from Darryl Stephens and Scott Bailey, as two gay men involved in a complicated and fraught interracial romantic entanglement, and a general desire by all involved to do well by the material, From Zero to I Love You isn’t a great movie by any stretch, but certainly a well meaning and occasionally perceptive one.

Pete Logsdon (Stephens) has an unfortunate knack for falling in love with men who are usually spoken for, married, and closeted. His track record remains unchanged when he begins a down-low relationship with Jack Dickinson (Bailey), a family man with kids who’s been with his wife for well over a decade. Pete’s father and soon-to-be stepmother (Richard Lawson and Leslie Zemeckis) want their son to stop picking men that are all wrong for him and settle down with someone who won’t turn out to be a heartbreaker, while Jack’s wife (Keili Lefkovitz) is slowly starting to realize that her husband is creeping around behind her back.

From Zero to I Love You has the feel of a DIY movie that was made on a very limited time frame and budget. Stephens and Bailey are two attractive guys with decent chemistry together, but their performances are somehow better when they’re away from each other. That might be because Spearman (Hot Guys with Guns) hasn’t given his leads much to work with outside of the obvious, and the talent level of their co-stars varies wildly in terms of tone and quality. The audience learns very little about Pete and Jack outside of their personal and romantic relationships, which makes buying into their plight more difficult than it probably should be. It also doesn’t help that the white and blander Jack is given just as much of an arc as Pete, whose blackness is the most interesting thing about From Zero to I Love You.

The script feels more like a draft than a fully usable idea, the casting sometimes seems like an afterthought, and despite some flashes of ambitious cinematography, From Zero to I Love You is in desperate need of a better editor. Yet, despite all that From Zero to I Love You never feels dishonest in  its aims to entertain and move viewers, and that certainly counts for something.