Inside Out 2019 Review: We Are the Radical Monarchs 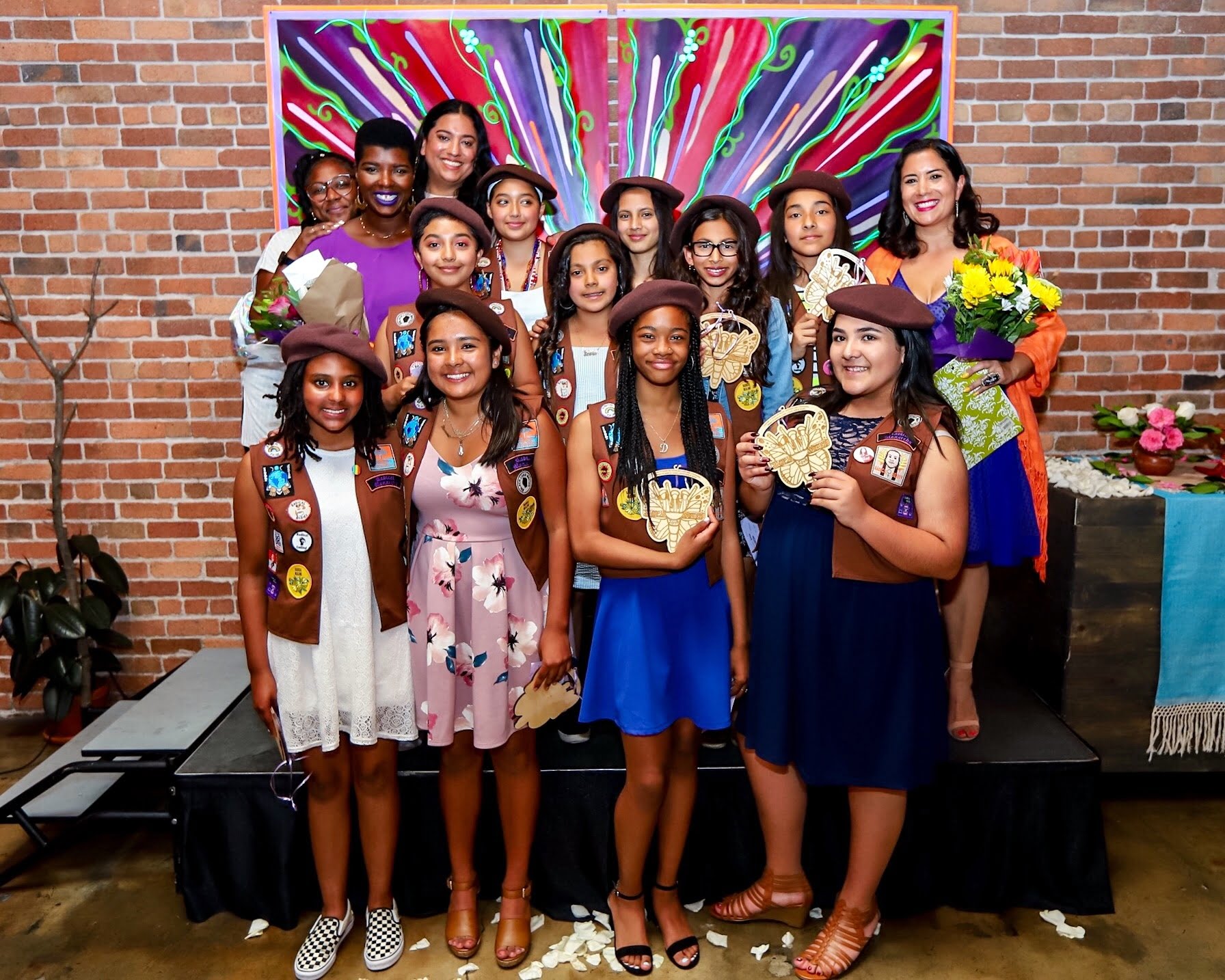 Linda Goldstein Knowlton’s documentary We Are the Radical Monarchs is the inspirational and aspirational story of a group of adults and kids from California’s bay area who’ve created an inclusive, politically engaged alternative to the Girl Scouts and Brownies.

The Radical Monarchs is a blossoming grassroots community organization specifically for young women of colour founded in Oakland by queer mothers, educators, and social activists Anayvette Martinez and Marilyn Hollinquest. Allowing the young Monarchs to embrace their cultural backgrounds instead of blending into a larger, homogenized organization, members are given badges based not on their abilities to sew, camp, or bake, but rather for their social activism, community engagement, and learning of famous political movements of the past.

We Are the Radical Monarchs is a documentary that expertly outlines the growing pains of a necessary and helpful movement trying to solidify its voice and mission. The engagement on the faces and in the voices of the young Monarchs is infectious, undeniable, and hopeful, but Knowlton does just as great of a job following along with Martinez and Hollinquest as they try to figure out how to grow their ranks with little to no money. We Are the Radical Monarchs looks at a social movement and community organization equally from the viewpoints of the children growing and benefiting from it most and the adult leaders who have to struggle with balancing their day jobs, doing their due diligence when it comes to bringing on other potential troop leaders, shaping curriculum, and figuring out any number of logistical issues. It also brilliantly and thoughtfully examines how difficult it can be to talk to children about issues like violence against women and police brutality without sugarcoating the difficult subject matter.

While Knowlton still frames We Are the Radical Monarchs as a documentary that takes place against the backdrop President Trump’s election (which is somewhat necessary, but also a tiresome non-fiction trope to drive home at this point), it remains a hopeful view of the future. In terms of the growth of The Radical Monarchs and their hopeful spreading out beyond the confines of Southern California, the future is bright, but uncertain. No matter what the next few years holds for the organization, We Are the Radical Monarchs is a powerful testament to those willing to devote their time and energy in service of nourishing the minds of tomorrow’s leaders and activists. We need groups like this now more than ever, and this could just be the film to inspire others in following suit.

We Are the Radical Monarchs screens at the 2019 Inside Out LGBT Film Festival on Thursday, May 30th at 7:00 pm.

Inside Out 2018Linda Goldstein KnowltonWe Are the Radical Monarchs