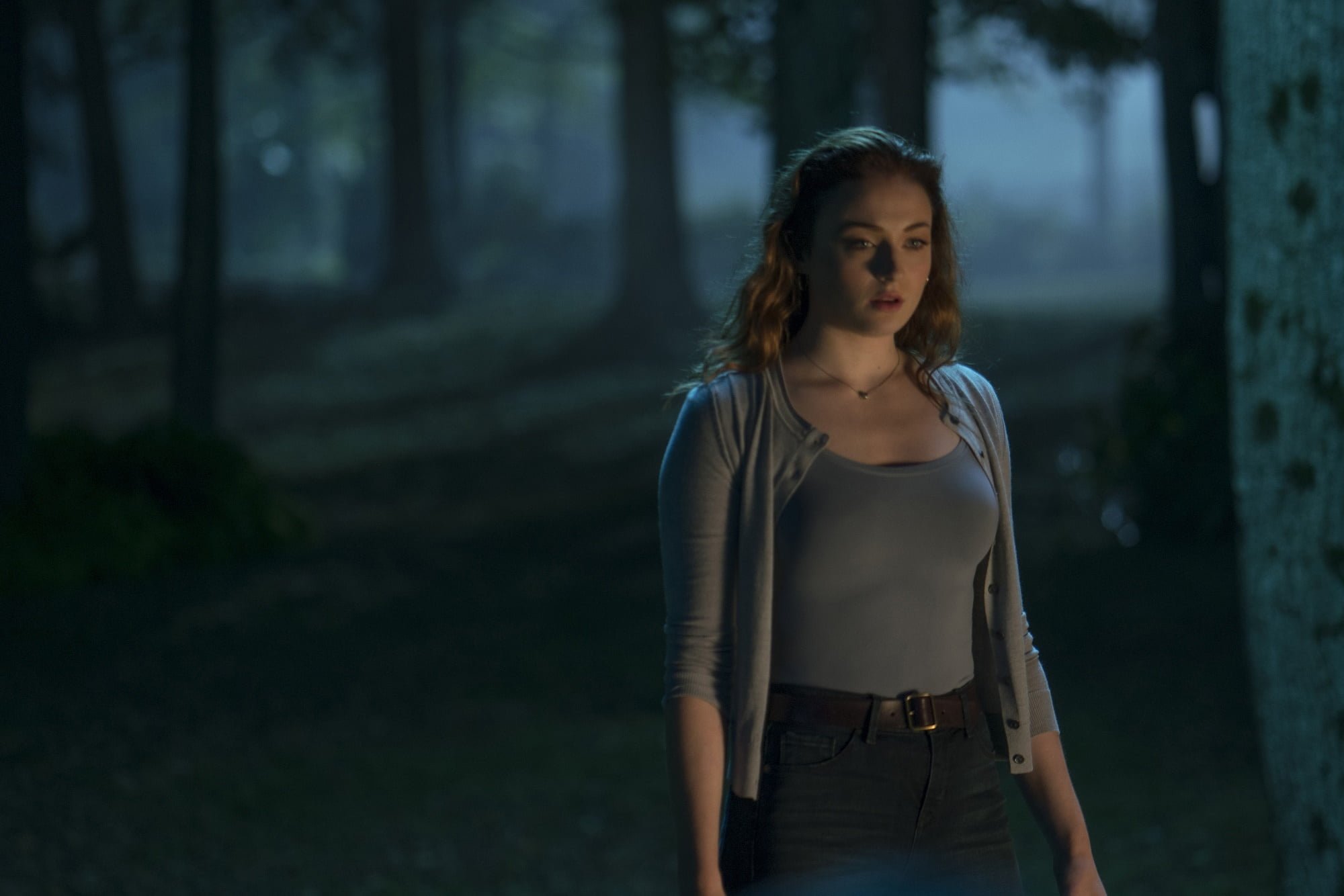 Bringing a reported close to the nearly twenty year cycle of X-Men movies for Twentieth Century Fox (although, depending on where you draw that line, it could only be nine years for the end of this cycle), Dark Phoenix caps things off with a half-hearted shrug of a climax where no one involved – in front of or behind the camera – seems like they want to be there very much. Undone by a number of irreparable problems that no amounts of rewrites, reshoots, and re-editing could save, Dark Phoenix might not be the worst film in Fox’s X-Men universe on a technical level, but it’s certainly the biggest bummer and assuredly the one that has the greatest disdain for its audience. Just as the franchise should be raising the stakes to its highest level yet, Dark Phoenix gives up before it even gets going, offering yet another take on one of the Marvel Comics’ most cherished and memorable storylines that’s bungled in execution, and arguably worse this time out.

The X-Men, led by Charles Xavier (James McAvoy), are once again heroes thanks to saving the world from annihilation yet again. They’re contacted by the U.S government and NASA to head into space and save a crew of astronauts that are stranded and heading dangerously close to some sort of energy field. Charles and his most gifted and seasoned set of mutant heroes take the mission on, but in the process of rescuing the astronauts Jean Grey (Sophie Turner) absorbs the energy field. Jean survives and feels pretty good after nearly dying in space, but she’s displaying uncontrollable energy levels that are “off the charts,” as resident medic Hank McCoy (Nicholas Hoult) explains to her. Not long after returning to Earth, Jean realizes that she’s no longer in control of her psychokinetic powers, and the brush with the energy field causes her to unlock deep, dark secrets from her past that Charles tried to keep hidden from her. It fosters resentment in Jean, causing her to run away and question her direction in life, putting everyone around her in harm’s way. That might be the least of the X-Men’s problems, however, as the energy force Jean absorbed has caught the eye of a genocidal alien race (headed up by Jessica Chastain) who want to harness the astronomical anomaly for themselves.

The overall plot of Dark Phoenix isn’t the problem. The Dark Phoenix storyline has traditionally been one of the strongest and most critically acclaimed arcs in comic book history. It could, perhaps one day, make for a really great film, but after X-Men: The Last Stand (which, I hate to say it, is still slightly better than this take) and Dark Phoenix, one wonders if two failed attempts at the story is enough to make future filmmakers shy away from attempting it for good. In both instances, the story was used as potential cap on the franchise, but the first attempt was a bit too silly and action oriented to have any emotional resonance. Dark Phoenix, on the other hand, has far less action and an unearned and unconvincing sense of self-seriousness. It’s not a fun popcorn flick, and it’s not particularly thoughtful. Dark Phoenix simply sits there, patiently killing its and the audience’s time, with the hope that spectacle and an ensemble cast is enough to carry the load of its dreadfully thin script.

That script is credited solely to the film’s director, Simon Kinberg, who should rightfully take the brunt of Dark Phoenix’s failure on his shoulders. Although he’s worked extensively as a producer and writer (including the scripts for every franchise installment since X-Men: The Last Stand, with the exception of First Class, which remains the best of the bunch without having his direct involvement), this is Kinberg’s first film as a director and it certainly shows. His style of direction is undefinable because his “style” doesn’t actually exist. Everything that isn’t an action sequence is shot and staged in perfunctory fashion, and the action sequences are almost ruined by a desire to capture the CGI heavy melees from the most baffling angles possible. There’s no sense of pacing to Dark Phoenix, either, with scenes either dragging on interminably and awkwardly for lengthy periods of time or truncated so quickly that they feel like afterthoughts. Regardless of what’s happening in Dark Phoenix, Kinberg finds a way to ruin it, suggesting that directing story and performance is somehow foreign to him despite his years on film sets. 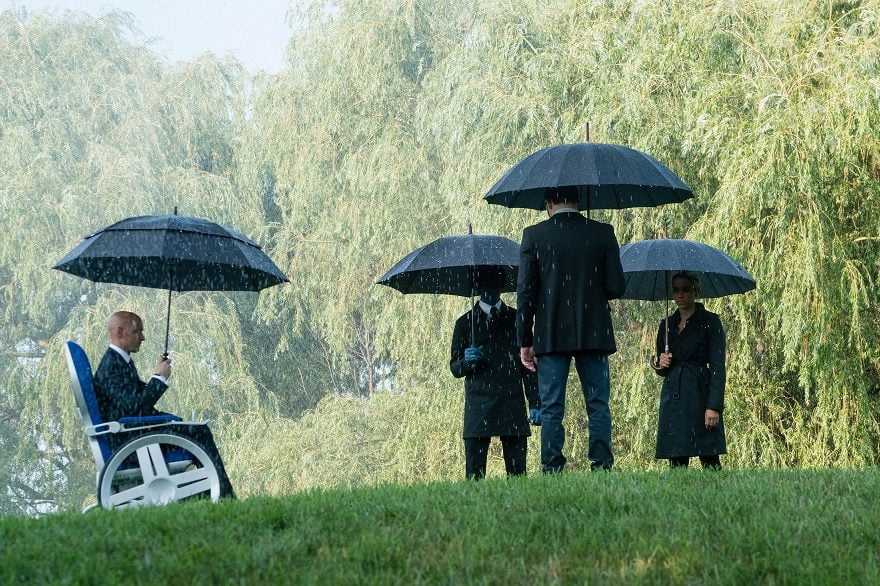 Dark Phoenix is the kind of poorly made blockbuster that proves a point I often like to make about films that try very hard, but still fail to connect. If you do go and see Dark Phoenix (and I suggest that you have much better ways of spending your time and money), try picturing every scene playing out without the omnipresent and not-particularly-memorable musical score droning on over all the action. That phoned in and unconvincing score (which is easily the worst Hans Zimmer has ever produced) plays over 85% of the movie, even when people are just having conversations about what to do next or someone is asking for advice. The score is bland, but cranked to eleven in terms of how aggrandizing it’s supposed to feel. Imagine these scenes without that score. Notice the terrible editing as it cuts back and forth between characters to hide the fact that the members of the ensemble cast often aren’t in the same room at the same time. Take note of the stilted line deliveries. Marvel at the number of awkward, unnecessary pauses between lines. Look at how awful the blocking and framing of every shot is. That score is a band-aid over a film that’s borderline incompetent, distracting the viewer aurally so they won’t see how terrible Dark Phoenix is visually and performatively. Lots of films use distraction techniques to paper over their shortcomings (frantic editing, an abundance of action sequences, moodiness in place of actual emotion), but Dark Phoenix might be one of the most transparent examples of a filmmaker doing his damnedest to polish an obvious turd. It’s techniques are reminiscent in many ways of the failed Fantastic Four reboot from a few years back, which – surprise, surprise – has Kinberg credited as a writer and producer.

Almost all of the cast in Dark Phoenix seems to know their in a dud, and I genuinely feel an affinity for the people who actually seem to be trying to turn this sinking ship of a franchise safely into shore. Dark Phoenix is a lot less like watching an ensemble cast of talented people bringing out the best in each other, and more like watching captives in a hostage crisis where only some of them are making the best of a bad situation. Jennifer Lawrence (who returns as Raven/Mystique), Michael Fassbender (as Magneto, who gets to sit out pretty much the entire first hour of the movie), and Chastain (as one of the weakest and most nonsensical villains in recent superhero movie memory) can’t be bothered with giving decent performances. They have all the energy of office drones who know they only have two hours of work to go before the long weekend hits. McAvoy fluctuates between caring too much and not caring at all, which is somewhat fitting for his increasingly egotistical character, but isn’t a terribly convincing or consistent performance on the whole. Most of the side characters – including Storm (Alexandra Shipp), Nightcrawler (Kodi Smit-McPhee), and Jean’s partner, Cyclops (Tye Sheridan), who should be a bigger deal in this story, but isn’t – are reduced to deus ex machinas that only pop up up to get the heroes around barriers and out of jams.

The only people who come out of Dark Phoenix looking remotely good are Hoult and Turner, with the latter not even turning in that good of a performance. Turner, try as she does, doesn’t have the charisma, energy, or edge to anchor a project this adrift, but she’s already hovering over a smouldering ash pile of a movie, so it’s easily a forgivable performance, and even somewhat commendable. As for Hoult, he’s the only actor here with a pulse and a fire in the belly. Through sheer force of will and conviction, Hoult’s Beast becomes the most captivating, complex, and sympathetic character Dark Phoenix has to offer. Hoult has been criminally underrated as an actor for quite some time, and his performance in Dark Phoenix is proof that he can make even the most dire of projects slightly better by his presence. He’s so good in an obviously losing cause that he almost deserves an Oscar nomination for trying to single-handedly wrestle this film into some degree of respectability. (Also, I have to give an honourable mention to Evan Peters as Quicksilver, who seems to realize that this entire enterprise is a joke, especially when his character is written out of the bulk of the movie in the shoddiest way possible. If nothing else, he’s the only thing providing Dark Phoenix with some much needed flashes of levity to break through all the monotony.)

There are a few good scenes sprinkled throughout Dark Phoenix’s thankfully charitable sub-two hour running time. McAvoy and Hoult have a corker of an argument following Jean’s break from the group that has more emotion in those two minutes than the rest of the film combined. Nightcrawler finds a cheeky way to kill a previously thought indestructible alien that’s good for a laugh. The climactic battle sequence onboard a transport train still looks awful, but there are flashes of fun and ingenuity if one looks hard enough. Those couple of crumbs are all there is to really praise about Dark Phoenix, a sad end to a promising, but perpetually troubled franchise that started in a precarious position to begin with, offered a couple of okay movies at best, and leapt off every precarious cliff it came across. As a finale to the series that was twenty(ish) years in the making, it’s wholly unsatisfying, but given the overall lack of quality control and inconsistency it exhibited over the years, Dark Phoenix’s apathetic, somnambulant conclusion is somewhat fitting.

Check out the trailer for Dark Phoenix:

[…] The Gate: Dark Phoenix simply sits there, patiently killing… time, with the hope that spectacle and an ensemble cast is enough to carry the load of its dreadfully thin script. […]