The Gangster, the Cop, the Devil review 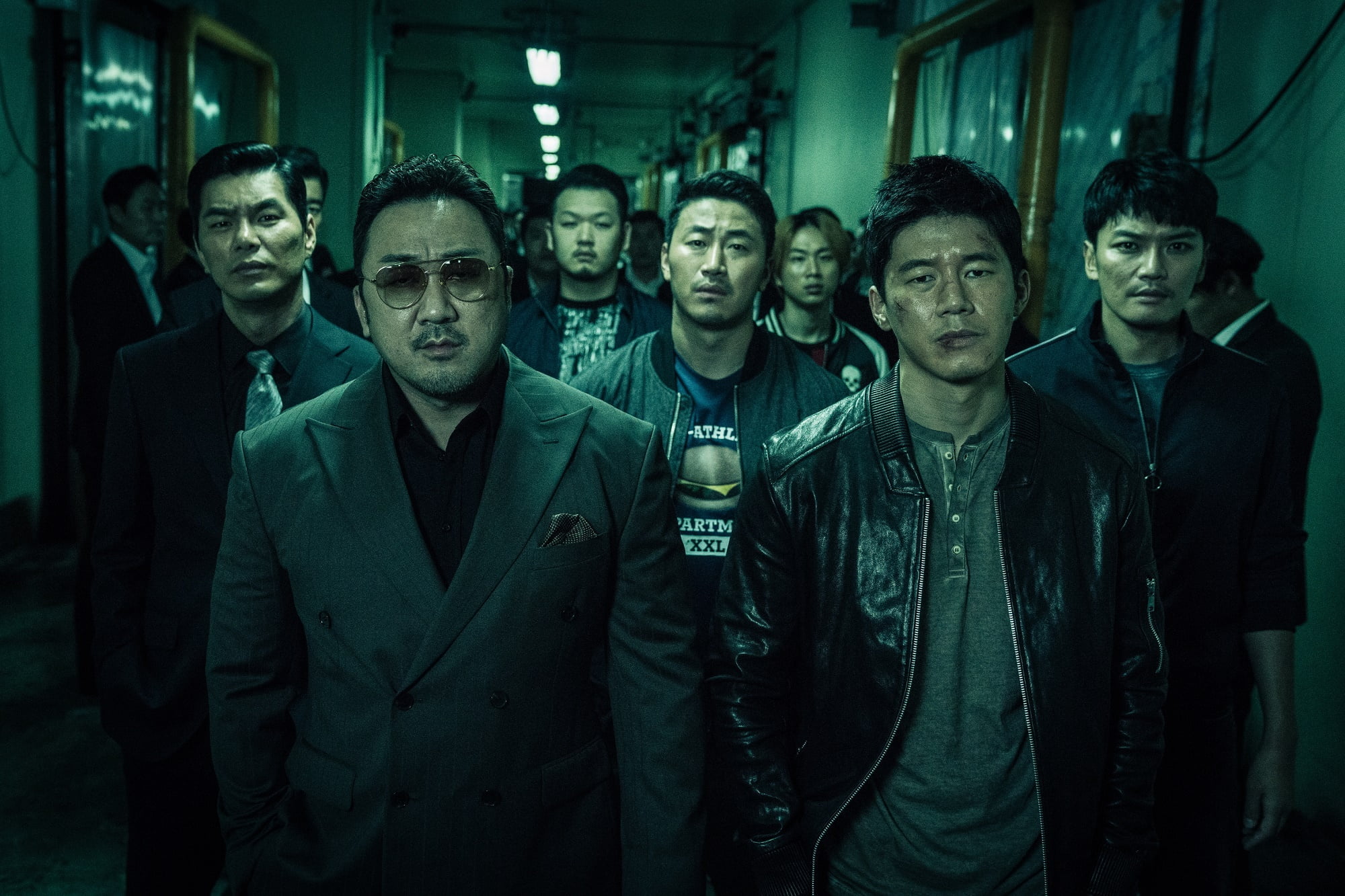 Clever, occasionally chilling, and packed to bursting with gristly black humour and satisfying action set pieces, the Korean thriller The Gangster, the Cop, the Devil is a refreshing change of pace. Part mismatched buddy action picture, part police procedural, part mob movie, and part nasty serial killer flick, The Gangster, the Cop, the Devil nicely balances a lot of different genres to create a wildly entertaining experience that feels both comfortingly familiar and bracingly original at the same time. Based on a true story from 2005 (although I would love to know what’s true and what isn’t here), The Gangster, the Cop, the Devil looks at an unlikely partnership between a gruff and dedicated detective who teams up with a mafioso he’s been tracking in a bid to save the city from a shockingly prolific serial killer.

Arrogant, rule breaking Detective Jung Tae-seok (Kim Moo-Yeol) is constantly given assignments that he doesn’t want to investigate. He’d much rather spend his days shaking down the criminals operating illegal casinos and arcades owned by the ruthless and flashy dressing Jang Dong-su (Ma Dong-seok). One of the cases assigned to the begrudging Jung is the stabbing death of a motorist following a fender bender. The perpetrator of the vicious attack (Kim Sung-kyu) likes to ram people from behind with his car and attack them when the driver they hit gets out of their car to inspect the damage. Jang is one of the unlucky folks to be targeted by the serial killer, and although he’s stabbed, the mobster survives the attack and swears revenge. It’s not long before Jung – who’s frustrated at the department’s unwillingness to acknowledge that a recent string of similar murders and disappearances are the work of a serial killer and fearful that Major Crimes will take the case and glory of solving it away from him – aligns himself with his sworn enemy in a bid to stop the mass murderer’s reign of terror.

Writer and director Lee Won-Tae delivers a gleefully amusing and shockingly layered thriller with The Gangster, the Cop, the Devil. One suspects from the film’s set-up (which also heavily relies upon a budding gang war between Jang and some upset rival mobsters as an integral part of the story) that things could be overstuffed, but Won-Tae effortlessly transitions between the three primary, titular points of view. Each of the lead actors is given plenty to work with, either on their own or playing off of each other. The real delight here is watching them work. As with most action pictures and thrillers there are a decent number of car chases, brutally violent moments of shock, and bone crunching brawls, but The Gangster, the Cop, the Devil is more intrigued by darkly comedic human interactions and increasingly complicated maneuvering on the parts of the anti-heroes and the villains.

Mu-Yeol and Dong-seok are both incredibly charismatic performers who add just as much to the film as Won-Tae’s expertly realized action and thriller beats. The Gangster, the Cop, the Devil plays out like a cleverly orchestrated game of one upmanship between two men who want to beat each other to the finish. It’s a noble quest to stop a reprehensible criminal, but it’s also undeniably selfish and myopic on both their parts; a dynamic that gives the film a healthy dose of levity to cut through the dark and grime. Sometimes they’ll play nicely with each other, while other times they’re more than willing to perform acts of unwitting self-sabotage that will allow the killer to continue his deadly acts. Neither of the characters are all that well liked within their communities outside of a close-knit band of fellow co-workers, but Won-Tae is careful and clever enough to never paint these flawed protagonists as being mirror images of each other. The Gangster, the Cop, the Devil is perceptive and original enough to constantly remind the viewer that these combined forces will always be oil and water to each other, and that tension persists throughout the concurrent manhunts.

The action is gorgeously shot and choreographed whenever it arrives (even if most of it is reserved for a climax that loses steam the longer it drags out), the pace is brisk, and it’s consistently fun to watch. It’s the kind of film where one can sense that an American remake is just around the corner (and, indeed, credited producer Sylvester Stallone has those rights), but the original already seems fine enough on its own. The Gangster, the Cop, the Devil is popcorn entertainment that delivers the goods at every turn and a nice counterbalance to the recent glut of uninspired Hollywood tentpole blockbusters currently taking up way too much space down at the multiplex. If it’s playing anywhere near you, you owe it to yourself to seek out this hidden gem of the summer movie season.

The Gangster, the Cop, the Devil opens in Toronto at Cineplex Empress Walk and in Vancouver at SilverCity Coquitlam on Friday, June 7, 2019.

Check out the trailer for The Gangster, the Cop, the Devil: