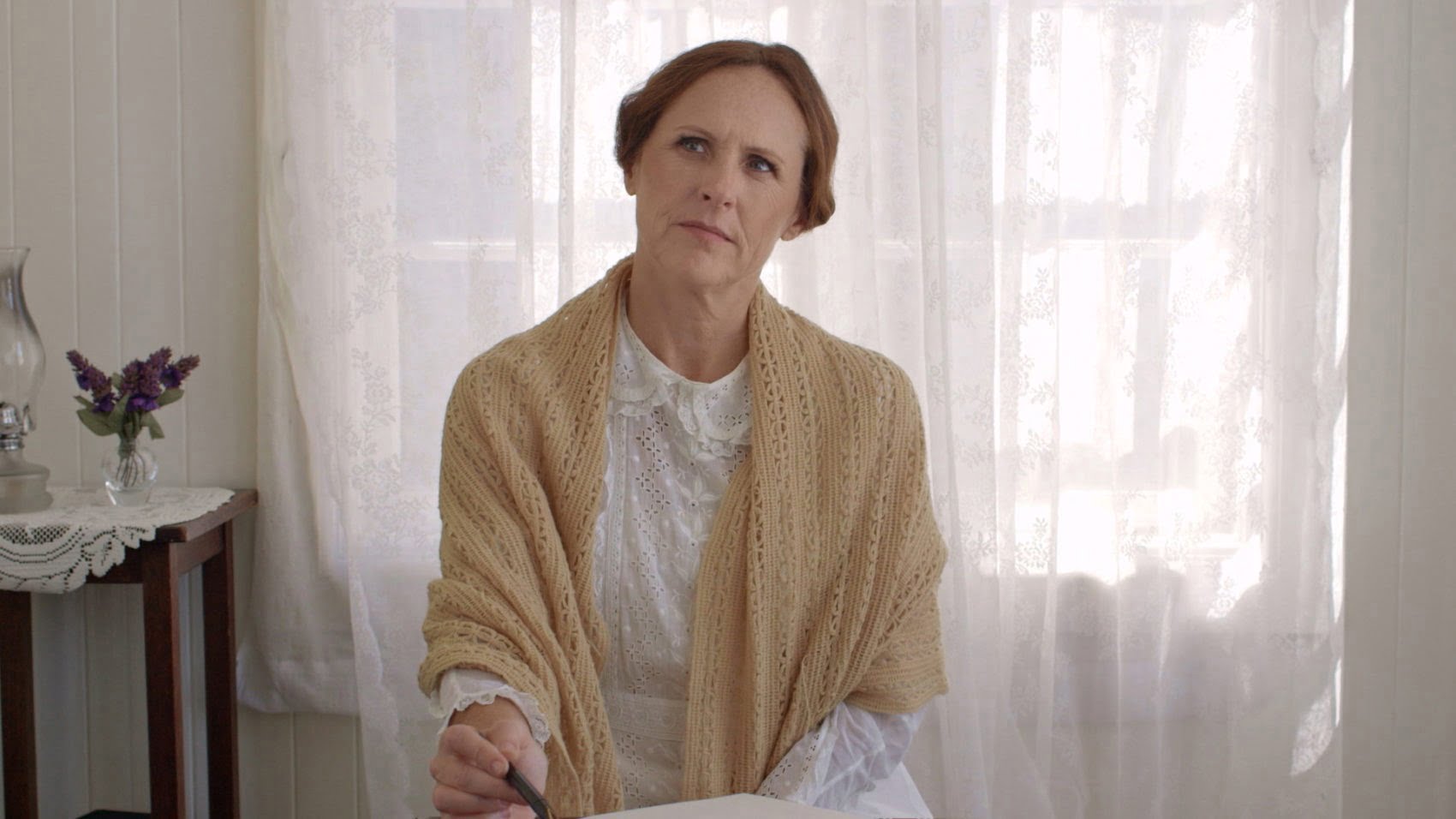 Wild Nights with Emily, the latest film from Madeleine Olnek, is a cheeky, playful period piece comedy with a serious desire to change perceptions about one of the most misunderstood and misinterpreted poets in literary history. This well researched, but noticeably irreverent and loose recounting of the life of Emily Dickinson both hilariously and poignantly builds up a new history for its subject while tearing down and examining the social constructs that painted the prolific, posthumously lauded writer as a spinster and a recluse. It’s a lot of fun in a ragtag, low budget sort of way, but there’s also plenty of carefully considered food for thought in Olnek’s latest that hopefully doesn’t go unnoticed in the text of her deliciously deadpan script.

Molly Shannon stars as Dickinson, and Wild Nights with Emily focuses primarily on the romantic relationship she carried on in secret with her sister-in-law, Susan (Susan Ziegler) since they were teenagers. Emily finds a reason for writing in Susan, and every moment of passion or setback they face becomes fodder for some of the greatest poems ever written. Olnek (The Foxy Merkins) looks lovingly and empathetically on the relationship between the women – with Shannon and Ziegler boasting tremendous romantic and comedic chemistry – but Wild Nights with Emily has the most fun tearing down the notion that Dickinson was a crazed depressive and how that perception of her came to be accepted as fact.

Wild Nights with Emily is told – like most history – from the self-serving and obvious perspective of the winners; in this case publisher Mabel Todd, played to the hilt with arrogant glee by Amy Seimetz. Boasting that all of Dickinson’s successes are thanks to her and her alone, Todd proves to be woefully ill equipped to parse the actual meanings behind Emily’s works and blissfully ignorant to any sort of deeper meaning. She’s not alone in looking like a fool, however. Wild Nights with Emily isn’t just a film about a long lasting love affair carried out in secret, but patriarchal constructs that refused to properly acknowledge Dickinson’s genius during her time. 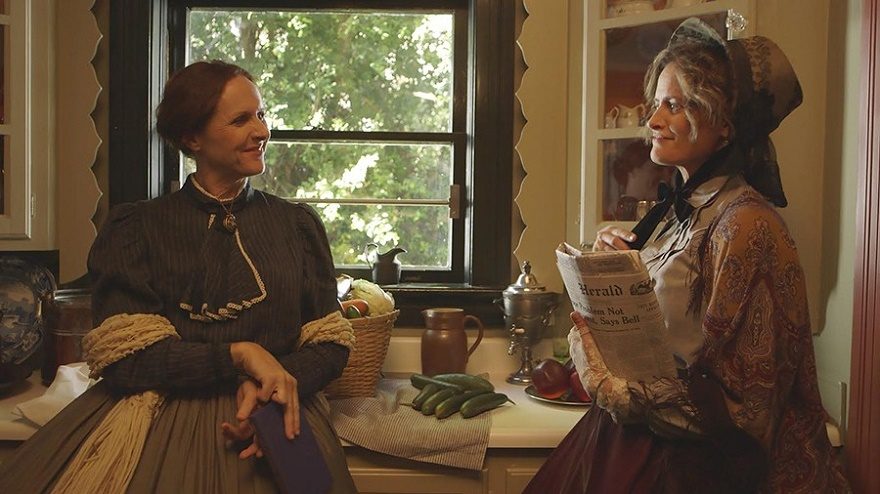 Olnek and her cast are at their best whenever Shannon is given the chance to refute and react to her family members or any number of the story’s skewed depictions of historical figures. Wild Nights with Emily boasts a stacked supporting cast of comedic players who can simultaneously make their parts into comedic caricatures, while never losing sight of the fact that the story itself comes from a deep dive into the letters and works of Dickinson. Most people tend to ignore the fact that Dickinson’s works weren’t always dour and serious. Some of them were written purely for the sake of amusement, reflection, and gentler forms of catharsis. If something has a silly or sexy meaning, it’s treated in such a manner. If something is meant to be seriously reflective, Olnek pays it the proper amount of respect. Wild Nights with Emily seeks to strip the stigma of self-importance that was placed upon the author’s material, while examining how those assertions could be ascribed in a charming, but still cutting fashion.

Shannon and Ziegler provide great anchors for the material, but it’s the marginal characters like the one played by Seimetz that will earn the lion’s share of laughs here. Brett Gelman has a notable supporting role as The Atlantic publisher Thomas Wentworth Higginson, who’s clueless as to how he should properly address a female writer. Jackie Monahan gets some huge laughs as Emily’s flighty, cat loving sister Lavina. Kevin Seal does an exceptional job as Emily’s brother and Susan’s oblivious husband. Even Robert McCaskill has a gut-busting throwaway moment as a mumbling Ralph Waldo Emerson that absolutely slays. They help to enrich the film as a comedy, but the also help to underline and enhance what Olnek is trying to say about the people who framed Dickinson’s history and the period in which she lived and worked. Emily is always the smartest, most genuine, and soulful person in the room, and not a perpetually sullen shut-in. She’s the life of the film, not the people who think the world revolves around their every misguided, selfish whim.

Wild Nights with Emily isn’t much to look at, but Olnek’s low-budget, low-fi quality serves the story rather well. With most of the budget going to secure actors, costumes, and somewhat period accurate settings, there’s not much room left to mount a lush, lavish biopic. Instead, Olnek goes handheld and off the cuff, delivering a picture that looks and feels like the kind of movie one is forced into watching before going on a tour at a national historic site. Watching that informational video is never the fun part of a hands on history lesson, but Wild Nights with Emily is an amusing riff on that style of “educational” middlebrow filmmaking and mythologizing. It might be a bit shaggy when it comes to technical details, but Wild Nights with Emily is assuredly some of the most fun one can have being educated and enlightened this year.

Wild Nights with Emily opens in Toronto and Vancouver on Friday, June 7, 2019. It expands to additional Canadian cities throughout the summer.

Check out the trailer for Wild Nights with Emily: