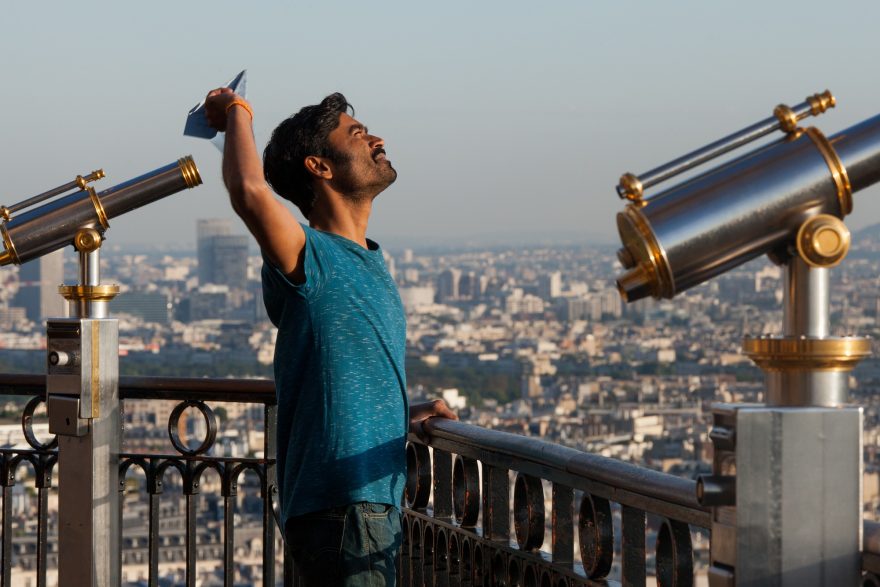 The Extraordinary Journey of the Fakir

The Extraordinary Journey of the Fakir is – at its core – a story about someone searching for a greater sense of identity and place in the world. In execution, it’s a completely baffling mess of a motion picture. A Belgian-Indian-French co-production told entirely in English from a Quebecois director, The Extraordinary Journey of The Fakir tries wildly and broadly to please all of its different audiences at the same time in the hokiest, most transparent of ways. It’s the kind of story that requires a lot more patience and thought than anyone who worked on it cared to give.

French screenwriter and musician Romain Puértolas helps to adapt his 2014 bestseller (and even longer titled), The Extraordinary Journey of the Fakir Who Got Trapped in an Ikea Wardrobe, for the big screen with the help of Canadian filmmaker Ken Scott (Starbuck, La Grande Séduction), but neither of them seem to be able to make the transition smoothly, working from a script that feels like it was run through the Google Translate of several different languages before deciding that English – while the least logical language – sounded best. It’s the globetrotting story of Ajatashatru Lavash Patel (rising Indian superstar Dhanush), a street magician in Mumbai who grew up poor, but relatively happy with his struggling single mother. As an adult, he gets the idea that he wants to travel to Paris to track down the estranged father he never knew. So far, so good.

The first place Aja goes when he gets to Paris – after getting literally and financially taken for a ride by a wisened, but disreputable cabbie (Gérard Jugnot) – is an Ikea; a place he’s always wanted to visit after growing up and obsessing over the retail giant’s ubiquitous catalogue. There he meets, starts flirting with, and instantly falls in love with Marie (Erin Moriarty), an American student studying abroad. They agree to go on a date, but it’s one Aja will never make. Not having a lot of money to spend on his journey, our hero proceeds to hide out and fall asleep in a wardrobe at Ikea overnight and ends up on a truck to England with a bunch of Somalian refugee stowaways (led by Barkhad Abdi). It’s at this point – only about twenty minutes in – that The Extraordinary Journey of the Fakir goes wildly off any rails it was tethered to, never to experience another earthbound emotion again.

Granted, The Extraordinary Journey of the Fakir is supposed to be a fable told with a healthy amount of magical realism, but Scott and Puértolas also want their work to be taken seriously as an examination of the worldwide refugee crisis. It’s too silly to be taken seriously, and it’s too dark of a tale to tell with such oppressive amounts of whimsy. A big reason why The Extraordinary Journey of Fakir fails at being both at the same time is that it’s too rigidly focused on hitting so many different crowd pleasing buttons from different cultures that there’s no room for meaningful, lasting substance. 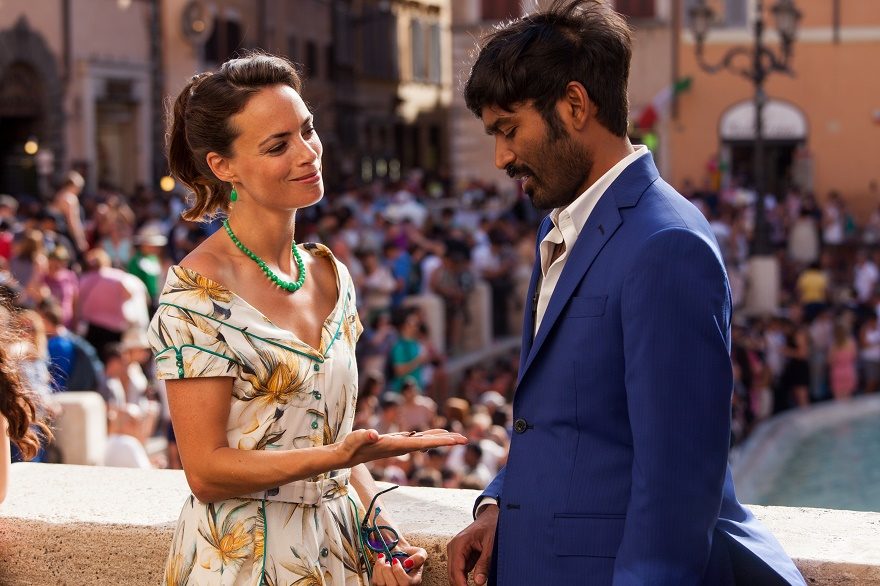 Scott keeps things moving at a breakneck pace, and the film clocks in at just 88 minutes if one lops off the two minutes of corporate logos that open it and the blooper reel/behind-the-scenes credits. Then again, there might be more to The Extraordinary Journey of the Fakir than made it to the big screen. Maybe the version coming out in India is longer, but the version of the film I watched had a spot where an intermission was supposed to go, which makes no sense in a movie that’s barely ninety minutes. Maybe some extra running time is necessary when dealing with subject matter that’s trying to be taken seriously within fantastical confines. The Extraordinary Journey of The Fakir is a rare breed of misfire these days. Instead of being overstuffed with plot, Scott’s film is overstuffed with character. It’s a movie where people float in and out of the main character’s life, explain who they are in languorous detail without showing the viewer anything, and then they disappear, either for a long time or for good.

Once in the UK, Aja is apprehended by the border patrol, and then shipped off to Spain of all places for the most ludicrous reason, possibly in cinematic history. Let’s just say it involves a brazenly idiotic border official (Ben Miller) explaining his evil plans through the power of song in a moment of cinema so awful and cringy this year that it should be considered a war crime. In Spain, he meets up with a beautiful, aging French actress (Bérénice Bejo, who isn’t even that old) who’s sympathetic to his plight. Almost the entire second half of The Extraordinary Journey of the Fakir revolves around Aja helping the actress in a scheme to defraud her ex and reconnect with an estranged loved one. Don’t ask me about this plot thread because I can’t explain it. Not a lick of it makes logical or narrative sense, but I will say that it’s the best part of the film, solely because it’s the only time Scott’s film remains focused for longer than five minutes. To do so, Scott has to completely forget that the story, up to this point, has always been about Aja trying to find his father and get back to the girl he has a crush on, but any sort of focus in this thing is appreciated. The actress tries to help him get back to Paris with some money in his pocket, but he’s shipped off to a camp in Libya, and around this point it felt like the film would never end. Then I realized there was only fifteen minutes left, and this was going to be a race to the finish.

The pace is needlessly relentless, which isn’t a good look for a film about a serious subject that’s bouncing back and forth between different forms of comedy that will appeal to different audiences. The humour is resolutely European, but soften and sanitized for proper Indian audiences. The musical numbers (save for the one in the immigration office, which is so terrible that it has to be European) are the only moments where The Extraordinary Journey of the Fakir embraces the energy and vibrancy of the story’s Indian roots. The overall moral is even muddied. Europeans could be forgiven for equally thinking that The Extraordinary Journey of the Fakir is both pro and anti immigration because of how sloppily the characters are written. The Indian audience will likely take away the message that one should be thankful for what they have because so many people have it worse. Making heads or tails of this film is nearly impossible.

It is, however, somewhat watchable. It’s so bonkers and energetic that it’s impossible to turn away. It also helps considerably that Dhanush is a constantly charismatic and charming screen presence. He anchors the film with a certain degree of performative respectability. In every other aspect of the film from top to bottom, The Extraordinary Journey of the Fakir falls short of what this could’ve been. I’m not saying that the film would’ve been better if it had been solely made with a European or Indian market in mind, but it certainly wouldn’t be as head scratching and whiplash inducing as the final results.

Check out the trailer for The Extraordinary Journey of the Fakir: