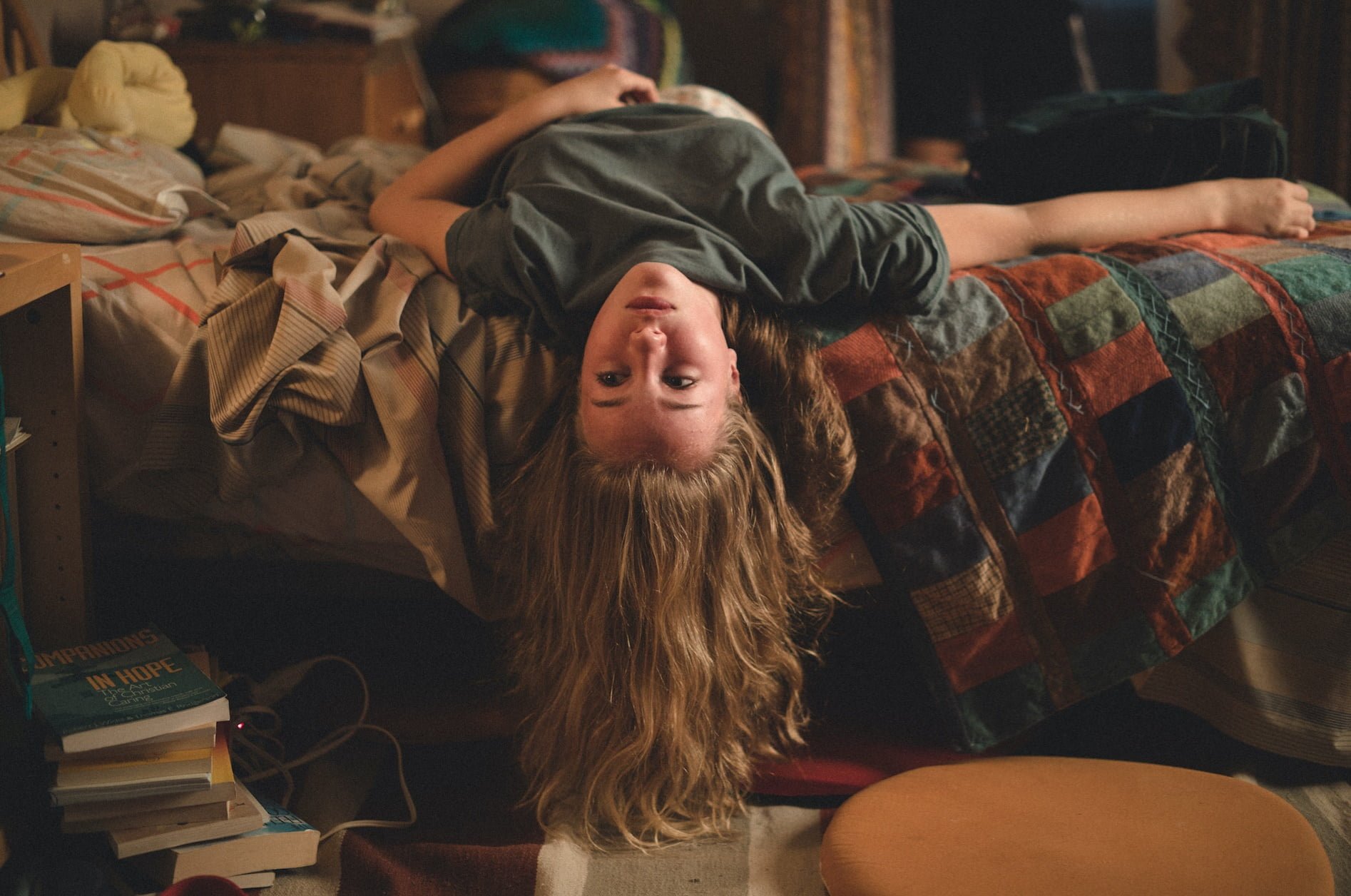 Canada might produce more coming of age films per capita than any other country in the world, but few of them are as subtle, perceptive, and culturally impactful as writer-director Geneviève Dulude-De Celles’ poignant and strikingly realized fictional feature A Colony. Both a story of a young woman at a crossroads in her life and a subtextual overview of the various ways that systemic racism is emboldened and allowed to flourish in a seemingly progressive society, A Colony doesn’t have much of a plot to speak of, but it has plenty on its mind that’s worth wrestling with and discussing. It’s an exceptional teen film, but also one of the most important and pointed Canadian films of the year.

Twelve-year-old Mylia (Émilie Bierre) has reached the end of the summer and isn’t particularly excited about starting high school in the fall. Her mother (Noémie Godin-Vigneau) and father (Robin Aubert) are on the outs and headed towards a potential divorce. Mylia’s precocious and hyperactive younger sister, Camille (Irlande Côté) has a smothering desire to be noticed and acknowledged by her older sibling. When it’s finally time to start school, Mylia initially approaches it as a chance not to make new friends, but for some much needed alone time. Despite her best efforts to fly under the radar and remain unnoticed, she does forge two formative, but vastly different friendships: one with the white, outgoing, brash, hard-partying, and popular Jacinthe (Cassandra Gosselin-Pelletier) and the other with Jimmy (Jacob Whiteduck-Lavoie), the shy, misunderstood, and artistically inclined boy from a nearby indigenous reservation who sits next to her in the history class the three of them share together.

Through Mylia, Celles proves that protagonists in teen movies can be just as complex and layered as adults, and her problems are handled with a refined amount of seriousness rather than cliched melodramatic beats. Mylia clearly likes her dad more than her mother. She loves Camille no matter how annoyed she might seem towards her younger sister. She appreciates that the time she spends with Jimmy (who she’s developing a crush on) speaks to her desire to remain unnoticed and forge genuine connections based on shared interests, kindness, and beliefs. Similarly, she sees her friendship with Jacinthe as a gateway to a more adult oriented life and a tangible, easily accessible escape from the rigours of her home life. It’s clear that Mylia’s relationship with Jimmy is a lot healthier than the peer pressure she experiences in Jacinthe’s world, but A Colony is delicately constructed to show the release that both of these friendships provide for a girl who’s struggling to find her place in her community.

It’s clear that Celles has a background in documentary filmmaking, not just in the nuanced telling of Mylia’s life story, but also in the carefully realized visuals. A Colony is a gorgeous looking film that carefully follows Mylia (who’s in practically every frame) every step of the way, sometimes with elegantly executed, uncannily smooth tracking shots. Her tiny Quebec hometown is a beautiful, yet relatively desolate place, like many minor communities around the world. The camera almost takes on a physical role in A Colony, acting in many ways as the constant weight of expectations that Mylia can’t seem to shake. There’s always something new for the character to process, and Celles and cinematographers Léna Mill-Reuillard and Étienne Roussy make sure that the viewers are with Mylia every step of the way, no matter how awkward, triumphant, or frightening the situation may be. We see the world as the character sees it. It’s realistic and vividly detailed, but it stops just short of being uncomfortably intimate. Mylia’s life doesn’t allow much room for personal moments of quiet introspection and contemplation, but the film does allow the viewer into key moments where she’s allowed to breathe and process her complicated feelings and friendships.

A Colony is an unflinchingly realistic look at teenage life – including binge drinking, bullying and a devastatingly uncomfortable moment of sexuality – but Celles’ aims aren’t to use such moments to either unnecessarily shock or create a false sense of nostalgia and regret in older viewers. These moments that are present in many other Canadian coming of age films are instead repurposed for a greater look at how relations between white settlers and indigenous peoples have been strained for centuries. The meat of the film is the relationships fostered by Mylia, but the gristly bones are Celles’ examination of two vastly different, but neighbouring cultures in constant, perpetual, passive aggressive combat.

This dynamic is played out largely through the history class shared by Mylia, Jimmy, and Jacinthe, the latter of whom failed the course last year and is back for a second run. It’s overseen by a teacher who seems more keen to cover ground in a textbook and swiftly move on rather than actually teaching much of anything. The teacher at one point says rather bluntly and harshly “No one is born a citizen. You need to become one.” That throughline about assimilation reaches a boiling point during a particularly contentious unit about the colonization of Canada and the recontextualizing by white history book authors of native peoples not as savages like they were in past history lessons, but as surrendering push-overs who worked hand in hand with their colonizers. In one of Celles’ most memorable scenes, Mylia is forced into reading a passage from their textbook aloud, when an already irritated Jimmy storms out in disgust. It’s a pitch-perfect display of how microaggressions work, and how they play into racist, indoctrinated, revisionist ideologies. This uneasiness extends to the film’s core relationships. Mylia doesn’t mind visiting Jimmy at his house, and his life with his grandmother seems relatively happy, but Jacinthe sees visiting the reservation as a display of youthful defiance against her mother, who doesn’t want to see her daughter going there “because anything could happen.”

Through it’s primary, interlocking threads A Colony becomes a two-way look at both the appeal and fear of feeling like an outsider in one’s own community. It’s more fraught and politically loaded than teen movies tend to get, but also a delicate sentiment that’s immediately graspable by younger audiences. There’s an unvarnished, provocative truthfulness to A Colony – bolstered immeasurably by Bierre’s wise-beyond-her-years leading performance – that most films built around older adult characters fail to achieve. Celles’ work is one that delicately examines what it’s like to be young and insecure and the first time the crushing complexity of the outside world starts to exert its influence on the maturation process. Canadian films about young people struggling through their teenage years and building new friendships are nothing new, but ones told from a female perspective and with such a keen eye and ear towards a greater social context are exceptionally rare. It’s definitely a film and a conversation starter that deserves a much bigger spotlight.

A Colony screens as part of the Quebec on Screen series at The Royal in Toronto on Friday, July 5, 2019 at 7:00 pm and Saturday, July 6 at 8:15pm. It is available nationwide on iTunes starting July 9.

Check out the trailer for A Colony: