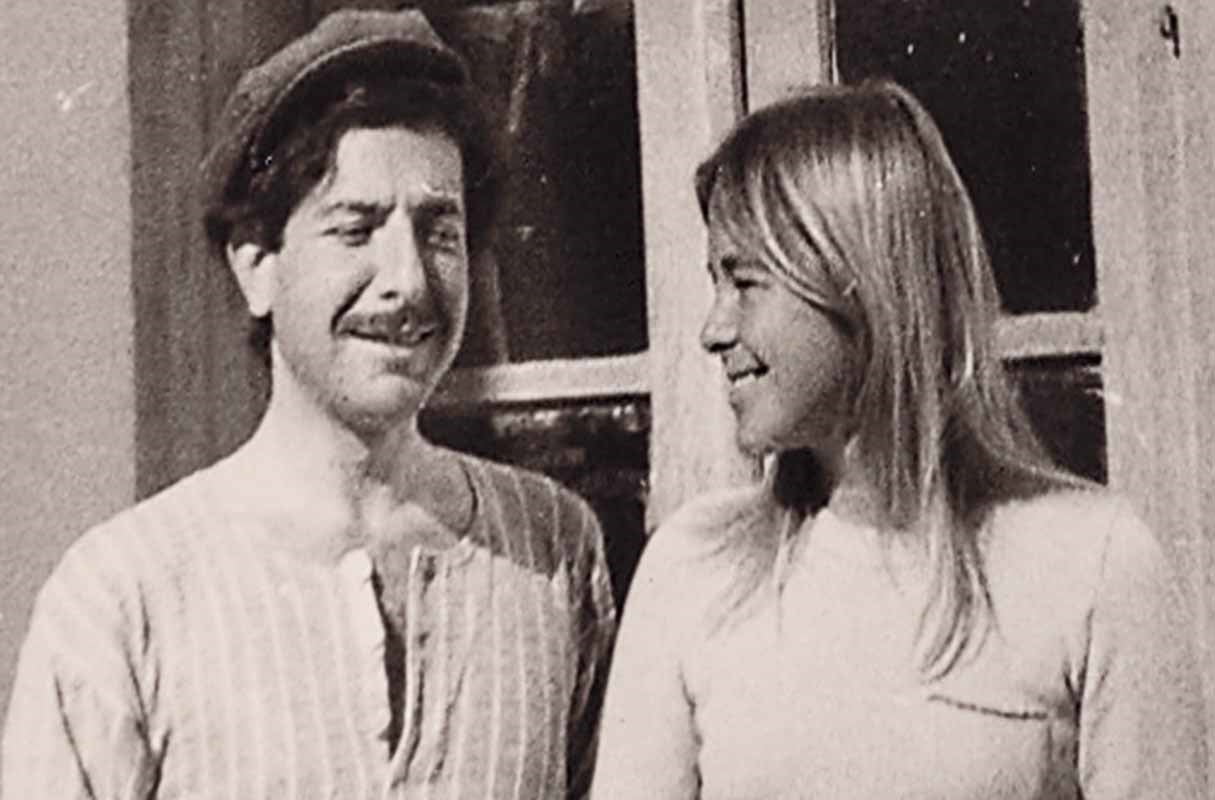 The unconvincing and staggeringly self-centred documentary Marianne & Leonard: Words of Love, the latest feature from controversial British director Nick Broomfield, is a perfect example of a film that almost entirely about the people around its subjects and never about the subjects themselves. A dreadfully aggrandizing look at the relationship between Canadian singer-songwriter Leonard Cohen and his “Norwegian muse” Marianne Ihlen, Broomfield’s latest is a downright icky, uncomfortable, and possibly even dishonest look at a romance that varies in significance depending on whomever is talking about it at any given moment. While Broomfield does an okay job of highlighting key points in the lives of his subjects, Marianne & Leonard: Words of Love never figures out exactly what it wants to say about Cohen, Ihlen, and their relationship, either positively or negatively. That would be fine if Broomfield wanted to parse the complexity of such a relationship in greater, non-superficial detail, but a distressing majority of Marianne & Leonard: Words of Love is baby boomer-ish “you should’ve been there” pandering delivered by folks who want to keep the memories of the good old days alive.

Marianne & Leonard: Words of Love begins at the ending, decades after Cohen and Ihlen had severed their lengthy, on-again-off-again relationship, mentioning that they died within months of each other in 2016, and that they shared a few parting words before they passed. That’s not insignificant, but here’s all we learn about Cohen and Ihlen from Broomfield’s film: they had an open relationship that took more of a toll on her than it did on him; Marianne had a son with her previous husband, who was an angry, verbally abusive man; that son grew up to have a troubled adulthood; their close knit group of friends and like minded, free spirited artists that hung out with them on the Greek island of Hyden were envious of Leonard and Marianne’s relationship, but many also saw it as a point of concern. There’s a lot of talk about how Marianne was “the female presence” in many of Cohen’s songs, and a few empty musings that they “made each other love life,” but evidence of the latter seems dodgy at best, seeming to suggest that they only endured because the sex was great and the location where they most frequently met was gorgeous.

Neither Cohen, nor Ihlen are around anymore to clarify some of the wilder, more salacious, and sometimes contradictory theorizations and memories offered up by Broomfield and his interview subjects, and the archival chats with the titular couple don’t shine a light on anything fans and musical historians don’t already know. What Broomfield does want viewers to know, however, is that he was one of Ihlen’s many lovers during the same period when she was hooking up and falling in love with Cohen. It’s painfully and laughably obvious that Broomfield is trying not to brag about this, narrating portions of the film in a buttoned-down, matter-of-fact manner that sounds like Werner Herzog trying to narrate a driver’s education film. Like many people who loved someone who loved someone else more than them, Broomfield paints himself at times to be a White Knight. He was her shoulder to cry on. She could vent to him. He even took her to get an abortion. He also wants to remind you that they had sex on more than several occasions, and that the island of Hydra was a great place to hang out and do lots and lots of drugs.

Everyone Broomfield talks to for about three quarters of Marianne & Leonard: Words of Love is desperate to share stories about taking large amounts of drugs (and that Cohen was heavy into acid and speed at the time), and that even the ugliest of their group of friends could still get laid. Everything not revolving around those topics feels like a perfunctory rattling off of passionless facts for context.  “What a time to be alive! The people were amazing! I miss the drugs!,” the movie protests whenever it gets the chance, completely abandoning any sort of serious look at Marianne and Leonard’s polyamorous, but by all accounts loving relationship. To Broomfield and his subjects, polyamory, which is already stigmatized, isn’t a topic worth seriously examining outside of its damaging effects. 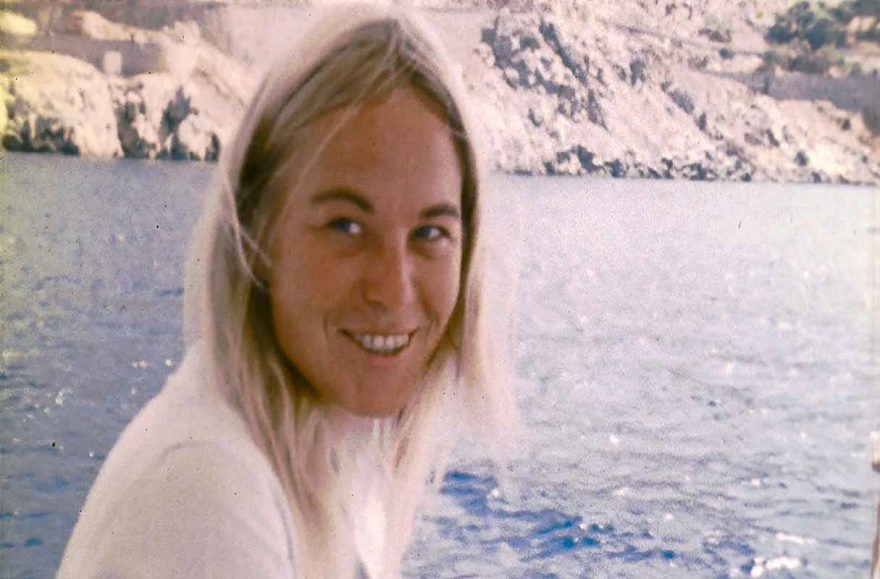 Heck, Broomfield seems to even think that his former lover isn’t all that interesting to talk about; giving far more screen time to examining why Cohen’s life was a barely survivable mess and painting Ihlen with a broad brush as a woman with a troubled life. Unless Broomfield wants to talk about Marianne’s frequently institutionalized son or the various times she hooked up with Leonard and had her heart broken in the aftermath, she’s hardly ever brought up, with the film always deferring back to the genius of the man in the relationship (either Cohen or Broomfield himself, depending on what the film’s ever fluctuating tone feels like doing).

Broomfield has always been a divisive, some would even say dubious, documentarian, adored and loathed by many in equal amount. On the whole, I can’t exactly praise or condemn Broomfield’s entire body of work (which includes Whitney: Can I Be Me? and Biggie and Tupac, equally contentious musical biographies), but I can definitively say that Marianne & Leonard: Words of Love is his sloppiest, most slapped together effort yet. Filmed for the BBC and looking even cheaper and less cinematic than such a description makes it sound, Marianne & Leonard: Words of Love flounders about in a sea of anecdotes sometimes delivered by the titular subjects (including an irrelevant, but admittedly great Phil Spector story from Cohen), but never by family members. The interviews chosen by Broomfield to give context to Cohen and Ihlen’s relationship are delivered exclusively by friends, some of whom don’t remotely sound like they were ever actually close enough to the relationship to analyze it. They’re so caught up in the moment and reminiscing about all the sex, drugs, and famous people who floated through their lives that they frequently forget what the film was supposed to be about in the first place. It’s not just indulgent and self-serving, it’s as boring and unenlightening as staring at a patch of grass while stone sober.

The end result, whether Broomfield wanted it this way or not, shows Cohen and Ihlen’s relationship as abusive, co-dependent, and unhealthy, and it’s not all that curious that the director is the one making the biggest deal out of this. Ihlen is never portrayed as Cohen’s equal, and at one point is even referred to – glibly – as “his student.” The set-up of Marianne & Leonard: Words of Love says that it will show how she was his biggest muse, only to refute that after a matter of minutes by running through dozens of names in the Montrealer’s little black book, suggesting that he had countless points of female inspiration. For a film about a polyamorous couple to connect with any sort of emotional resonancy (or for any film about any sort of relationship, really) the filmmaker has to get close to his subjects and not keep them at a distance. Outside of people repeatedly mentioning that they were there to see the couple firsthand, Broomfield’s work seems actively disinterested in making any emotional connections whatsoever, suggesting that their lifestyle wasn’t all that romantic to begin with. Everyone interviewed maintains that Ihlen was never bitter about frequently coming second in Cohen’s life, but there’s definitely bitterness bubbling under the surface of some of those being profiled here.

Marianne & Leonard is far closer in tone and substance to Broomfield’s more controversial and wildly accusatory Kurt and Courntey, which was a far more violently doomed romance. The only moments of any lasting significance in Broomfield’s film are the shared words of love that open and close the film and a handful of warm recollections that might as well exist in a vacuum. Those moments have plenty of meaning, but Broomfield struggles to figure out how he’s going to build a movie around them. He can’t nail it down, so he makes it about himself and his friends instead; paying lip service to Cohen’s legacy, and leaving Ihlen’s memory virtually in the dust.

Marianne & Leonard: Words of Love opens in Toronto at Cineplex Varsity, Fifth Avenue Cinemas in Vancouver, and select cinemas in Montreal on Friday, July 12, 2019. It expands to additional cities in the following weeks.

Check out the trailer for Marianne & Leonard: Words of Love: