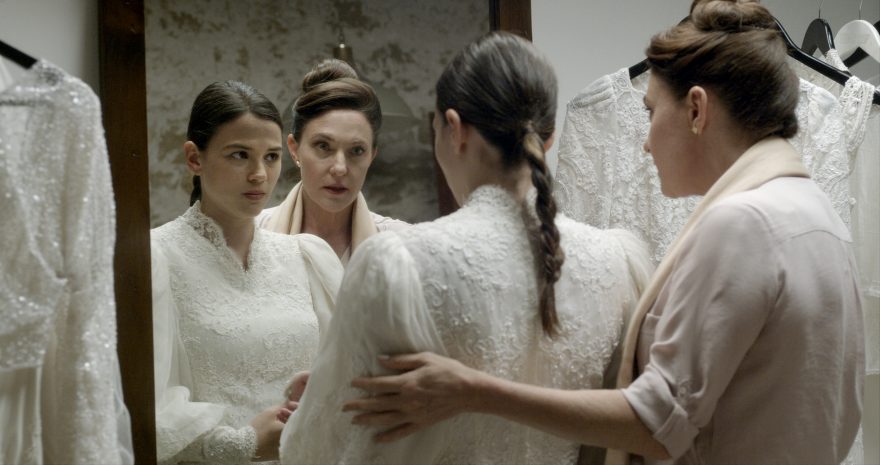 The Israeli melodrama The Other Story has a great core idea that’s executed with such brazen and over the top emotional manipulation that one almost wants to press assault charges against it. Although it’s consistently watchable and director and co-writer Avi Nesher isn’t trying to create a feel-good movie by any stretch, The Other Story is one of those tales of “our world today” that wants to wallow in its own miserablist sensibilities without saying anything all that meaningful or positing any solutions. It’s all relatively intriguing until it goes wildly off the rails in the film’s second half – becoming a thriller involving child endangerment and, of all things, pagan cults – but The Other Story also crams more ludicrous, button mashing developments into just under two hours than most telenovelas can come up with in multiple year runs. It’s an impressive achievement on one hand, but it’s also exhausting and more than a little gross.

Anat Abadi (Joy Rieger) is a young woman from Jerusalem who has abandoned her hard partying lifestyle and followed her equally hedonistic and reformed long term pop star boyfriend, Shachar (Nathan Goshen), into the orthodoxy. This transition towards a pious life from seemingly out of nowhere shocks her family, with her atheist, psychologist grandfather, Shlomo (Sasson Gabai), and secular realtor mother in Tel Aviv, Tali (Maya Dagan), viewing her conversion as a “life and death” situation. Shlomo and Tali call Anat’s father, Yonatan (Yuval Segal), who’s also a psychologist, to return from America (where he’s currently facing fraud charges tied to a start-up data mining company he helped found) to provide reinforcement and help them convince their daughter to not go through with her impending nuptials.

But that’s only part of The Other Story, and if Nesher had stuck with that thread, he might’ve had a tighter, more impactful movie. Instead, the woes of the Abadi family are tied into the problems faced by Sari and Rami Alter (Avigail Harari and Maayan Bloom), a married couple going through a contentious break-up. Due to a recent law passed, Sari and Rami are ordered by the courts to attend marriage counselling and “meditate” on their relationship before a divorce can be granted, despite the fact that the visible hate each other and are miserable together. Sari and Rami are Sholomo’s only clients at the moment, and the psychologist asks his son to assist in the assessment of the married couple. Yonatan reluctantly agrees, and quickly realizes that Rami is deathly afraid of Sari taking their young son, Izzy, away from him. Sari has been attending get-togethers with a shadowy, femisit pagan cult, which empowers her, is a bit creepy, and is something that Rami sees as an endangerment to their son. Yonatan wants to know more, and the unlikely bridge between his current family woes and that of this clients comes in the form of Anat, who is initially skeptical of her dad’s sudden return into her life after he abandoned her years ago, but who is willing to go undercover and provide information about the cult if it means helping out a child that could be in danger.

The Other Story is a lot to take in, but half of it has some basis in modern Israeli problems. Nesher (The Matchmaker, Past Life) co-wrote The Other Story with the help of Dr. Noam Shpancer, a psychology professor who has written at great length about conflicts between secular and religious Judaism in Israel, and more specifically on the phenomenon of “hazara betshuva,” which refers to the large numbers of previously secular young Jews who have been returning to the most extreme definitions of the faith in larger than expected numbers. That push and pull between hard line Judaism (which still isn’t as strict in this film as it could get) and the Abadi family’s arm’s length approach to religion is the most interesting thing about The Other Story. The core family conflict is treated with respect and dignity on a macro level. It’s just a shame that the characters and the subplot that overtakes the rest of the film aren’t afforded the same courtesy. 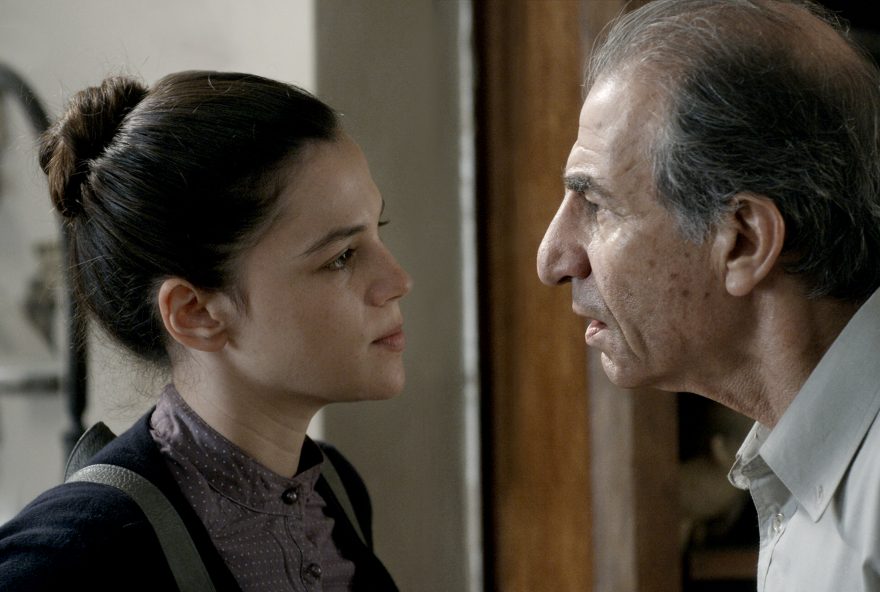 The Other Story will test viewers’ patience, even those who don’t mind watching films where every character across the board is a detestable, self-serving jerk. There isn’t a single character in Nesher’s film that could be identified as being a good person who does unto others as they would want done unto themselves. Anat comes closest to being a good person, but she can never answer exactly why she’s tending towards orthodoxy outside of Nesher’s characters repeatedly reminding her that she’s a wounded person who needs help that religion might not be able to provide. She’s also willfully ignoring the fact that her fiance is lying to her and callously lashing out to everyone who questions their devotion. Yonatan and Shlomo are self-serving people, with the former overwritten to include more unlikable layers than necessary and the other underwritten to be nothing more than a grumpy old man. Tali is resolutely villainous, one note, and loathsome, never once exhibiting a sympathetic or empathetic trait. Sari and Rami are being put through hell, but they’re tacked onto a film that’s already hellish and wrenching to sit through. Eventually, Sari and Rami will turn The Other Story from a family drama into a cheap, manipulative, and exploitative thriller, complete with a standoff that takes place in a war zone where Nesher can’t refrain from employing a jump scare that’s more at home in a horror film than a serious drama about sexual and religious inequalities.

It’s certainly a well made movie, and The Other Story doesn’t seem like a film that has been compromised in any way. It isn’t visually flashy, but it’s assembled rather well, with Nesher and Shpancer’s various threads coming together in a coherent fashion. Rieger and Segal are turning in some great performances, but that’s probably because they’re given the best and most consistently written characters to work with. Everything else about The Other Story, however, is so extremely histrionic that it’s impossible to take any messages Nesher is trying to convey seriously. The Other Story is certainly tense, but a lot of that comes from the omnipresent musical score that sounds like it has been trucked in from a spy thriller and dialogue that has to constantly be shouted from the top of the actors’ lungs. The main story of a family trying to stop a wedding by any means necessary feels like something that has been thought through and reasoned, but Nesher can’t figure out how to allow the film’s most emotional moments a chance to breathe. Grafting an added domestic thriller onto an already melodramatic framework doesn’t do anyone any favours.

By the end of The Other Story, I was thoroughly exhausted, and I knew I had watched something that was suitably intense. What I didn’t feel was stimulated, which was curious given the film’s subject matter. It’s a concept that seems to play well into how people around the world are increasingly defining themselves in cut and dry terms these days, but it’s pitched throughout at such an unnecessarily shrill level that it feels more like an emotional mugging than a serious dramatic work. There are some interesting things to be said about the ways parents sabotage their kids’ hopes for happiness and the differing freedoms and shackles religions can offer in Nesher’s work, but they’re drowned out by constant, neverending shouting and direction that suggests a masked killer could be lurking around every corner. A film with this many differing viewpoints shouldn’t be reduced to shouting matches and cliched, suspenseful reveals. If I wanted to see that, I would’ve just stayed home and spent two hours on Twitter or Reddit instead.

The Other Story opens at TIFF Bell Lightbox in Toronto on Friday, July 26, 2019.

Check out the trailer for The Other Story: