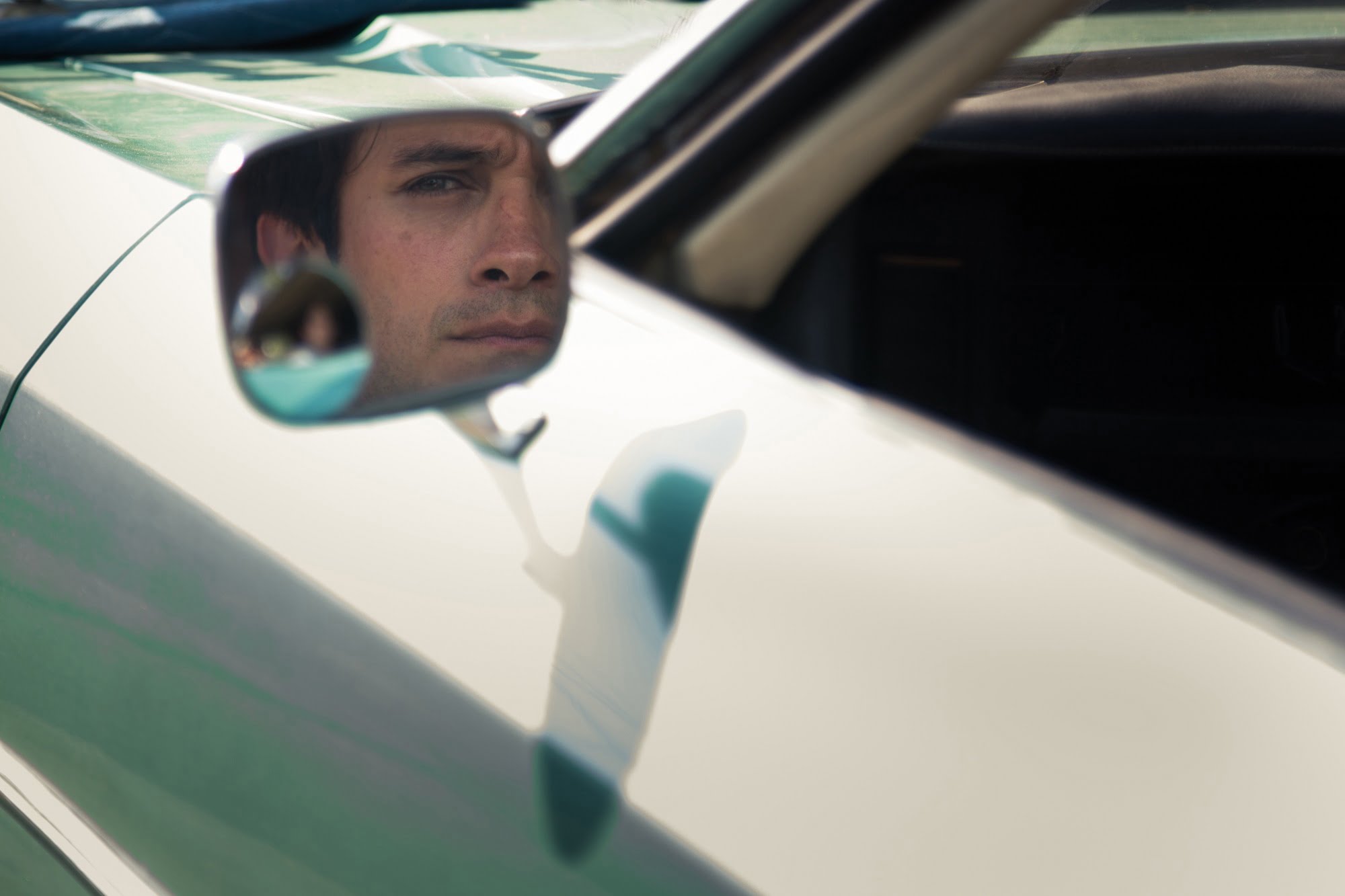 An enriching and visually dazzling take on the traditional heist movie template, director and co-writer Alonso Ruizpalacios’ Museo boasts a fascinating, unusual, and frequently thrilling story that’s delivered by a young filmmaker operating at the top of his game. Boasting a “kitchen sink” sense of style without losing sight of his story’s deeper meaning, Ruizpalacios’ Museo is one of the smartest and most intricately calculated stories of bumbling robbers trying to stay one step ahead of the cops ever created. It’s thoroughly entertaining on its own terms, but Museo plants ideas into viewers’ minds that likely won’t be forgotten after they view it. Although the film has been available to the public as a YouTube Original since December (following its festival circuit screenings last year, which included one at TIFF), it’s nice to finally get a chance to revisit Museo in all its eye popping, all encompassing glory on the big screen (in Toronto, at least).

Set in mid-1980s Mexico, Museo follows the exploits of unlikely best friends Juan Nuñez (Gael García Bernal) and Ben Wilson (Leonardo Ortizgris). Still begrudgingly living with his parents into his thirties and studying to be a veterinarian, Juan concocts a plan to “liberate” approximately 140 indigenous artifacts from the recently opened Natural Museum of Anthropology in Mexico City with Ben’s help. Neither of them can exactly explain why they’re going through with the plan. Ben seems like he’s simply along for the ride, hoping to benefit from the sale of the stolen goods to help provide for his dying father’s medical care. Juan initially isn’t thinking about profits, but more about his high minded leftist beliefs that such artifacts should be returned to their natural indigenous homes, something that sounds great and noble, but isn’t thought through. Juan confidently ducks out of his suburban, well-to-do family’s annual Christmas Eve party (which is fine since mostly everyone there hates him) to meet up with the more reserved and cautious Ben and carry out the robbery. For a pair of criminal novices, things go as well as can be expected, and the job is a success. But once they wake up the next morning, they find that everyone in Mexico is very angry and looking for them, forcing them to leave town in a bid to fence their stolen wares. Problems arise and rifts develop between the friends when Juan realizes that the artifacts are so hot and priceless that no one in their right mind – legally or illegally – is willing to touch them.

Bernal and Ortizgris’ characters trade off narration duties at various points throughout the film (although most of it is handed by the latter), but the style of Museo remains the same throughout. Any trick from the heist, high-concept farce, and suspense thriller playbooks that works is employed by Ruizpalacios, who exhibits all the free-wheeling and eye-popping visual confidence of a more seasoned filmmaker, not someone who’s delivering just their second feature. There are flashy pans, razor sharp edits, split screens, subtle tracking shots, an eerie fistfight on a foggy night lit only by headlights, keenly observed period details, unique uses of colour coding, a musical score that cheekily incorporates recorder fingering exercises, striking close ups, and a masterful handling of light and composition. It sounds like too much style for a single film to handle, but somehow Ruizpalacios is able to keep everything grounded by sticking more strongly to his script. There isn’t a single shot in Museo that doesn’t look gorgeous, no matter the tone Ruizpalacios is trying to convey. The style of Museo always enhances the gravity of the material without ever distracting. Whether Ruizpalacios is trying to make viewers laugh or move them to the edge of their seat, he knows precisely how he wants to do it. It’s a remarkable and wholly immersive feat of directorial versatility, with a strong script and performers capable of supporting such a grand vision. 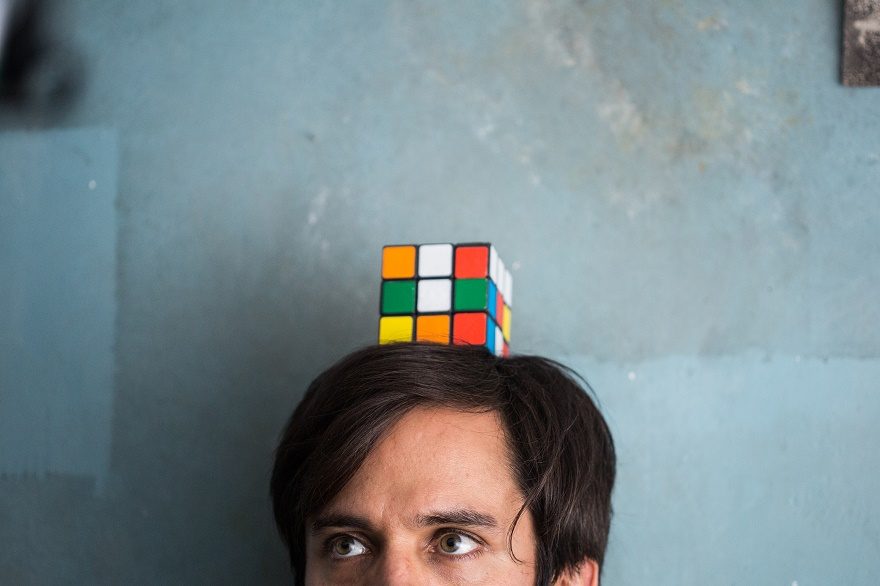 The constantly lingering ethical questions surrounding the ownership and exhibition of indigenous art runs through Museo, but even if one were willing to overlook that obvious subtext, the script from Ruizpalacios and co-writer Manuel Alcalá has plenty of other threads for viewers to sink their teeth into. On top of examining whether or not art can actually be owned, Museo also looks at the sometimes unconscious nature of greed, shifting public attitudes in 1980s Mexico, how quickly some people can abandon their previously lofty morals in times of crisis, how people can overcome and free themselves from one-sided and abusive familial and friendly relationships, the various ways children can hang onto unreasonable parental expectations, and stunted adolescence. If one wants to ignore all of that intricately woven material, Museo still stands on its own merits as one heck of a heist and getaway picture. It doesn’t matter if a viewer approaches Museo with their minds switched on or off. No matter the level of thought one puts into the film, Museo is brilliantly crafted to satisfy anyone who approaches it equally, even in some of it’s more surreal moments, like a vision Juan has when trying to escape the museum or a model in Acapulco who refuses to acknowledge that she has a nosebleed. There’s so much to take in, but the just-the-facts nature of the story, combined with Ruizpalacios and cinematographer Damián García’s exciting and energetic staging keep Museo consistently enthralling.

Bernal delivers one of his career best performances in Museo as Juan, the highly educated son of a wealthy doctor who holds his own opinions in high (self)esteem, but who hasn’t done anything noteworthy in his life in a bid to be taken seriously. It’s a spot on, straight faced depiction of an entitled man-child who wants everything for himself and then demands acclaim for achieving his goals. Ortizgris provides a tender, pitch-perfect counterpart for Bernal as the vastly more likable and relatable Ben, creating an appropriate oil and water sort of chemistry that only comes together when it has to; when the pair are shaken up. They, and their array of co-stars, know precisely what Ruizpalacios is trying to achieve with Museo and they give everything they have to the cause.

Much like the art Juan hopes to “liberate,” it is great that Museo has been available for the widest possible audience to see for several months now, but it’s also an example of a film that deserves a lot better than a single city Canadian theatrical run long after the fact. Museo is a wholly cinematic experience that benefits greatly from seeing it in the confines of a movie theatre. But no matter how you choose to view it, Museo is assuredly must-see entertainment from one of the brightest up-and-coming filmmakers in the world.

Check out the trailer for Museo: