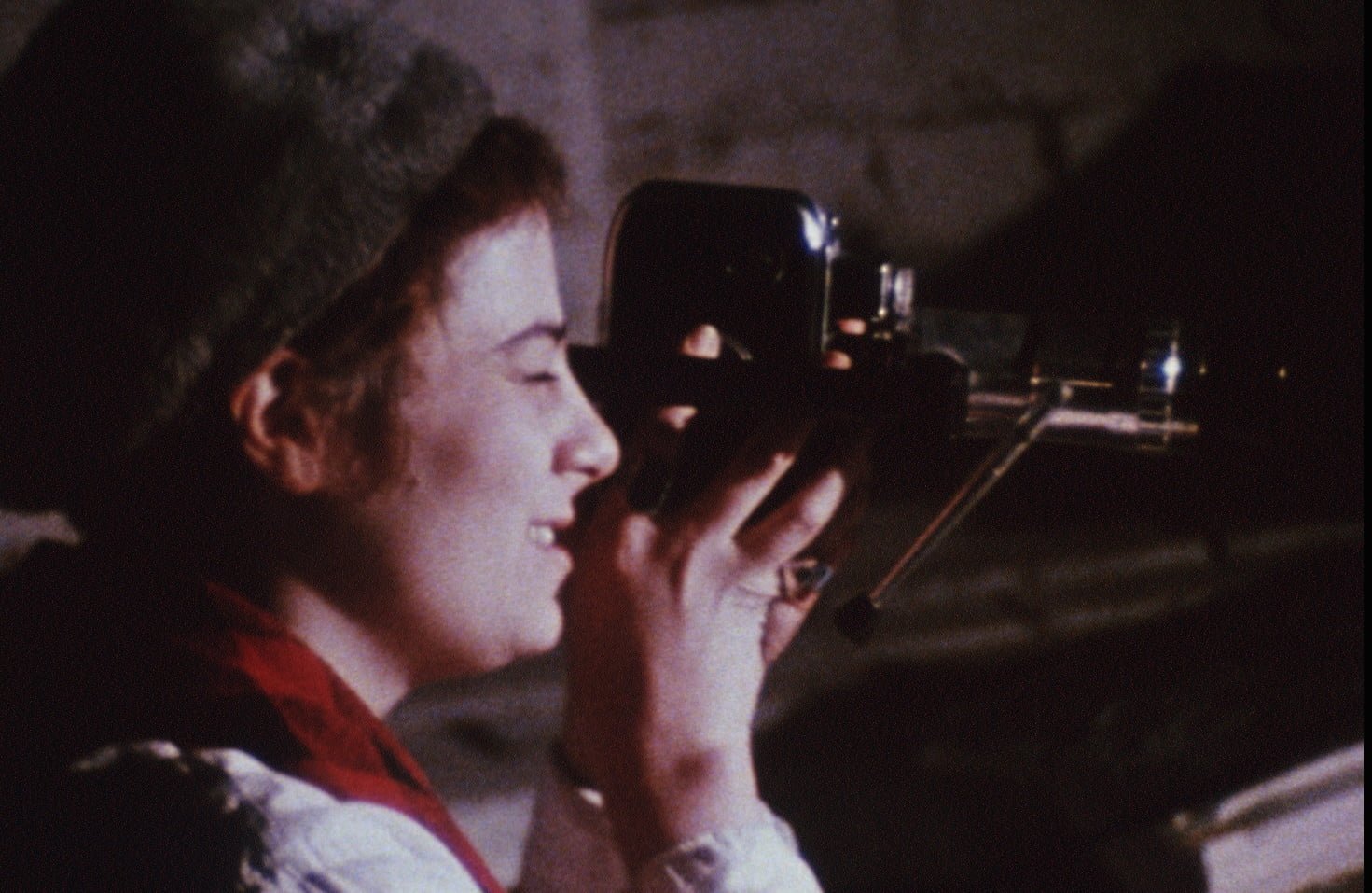 The documentary Barbara Rubin and the Exploding NY Underground is as close as we’re likely to get to a genuine biography of one of cinema’s most elusive artists and psychologically toughest nuts to crack. It’s also an important look at one of the most unjustly overlooked female filmmakers in history, who operated during a time when experimentation in art, cinema, and literature was almost exclusively male dominated and produced. A great film about Barbara Rubin has been needed for quite some time now, and while director Chuck Smith and his interview subjects do their best to piece together their subject’s mysterious and almost otherworldly personality and works, we might never know the full picture. It’s that uncertainty that makes Smith’s compact documentary all the more fascinating and mind expanding. As much as viewers (and the film’s talking heads) might try, none of them will ever be able to get on Barbara Rubin’s level.

Not much is known about Rubin outside of the fact that she grew up in 1950s Queens, New York as part of a middle class Jewish family. In her mid and late teens, her parents had Barbara institutionalized for acting out, but the exact diagnoses given remain somewhat elusive. While institutionalized she got heavily into drugs and hallucinogens. After she was released, she was introduced to avant garde filmmaker, publicist, and critic Jonas Mekas by a family friend. She began interning with the Film-Makers Cooperative, which included a veritable who’s who of famous, male directors and writers. Using her knowledge of drugs as a bizarre “in” to this boy’s club, Barbara began making movies of her own. Her most famous film, Christmas on Earth, debuted in 1963 when Rubin was only 18. Christmas on Earth, which uses the dual projection of sexually explicit images tinted with coloured gels, caused such a stir within the film community that it unseated Allen Ginsberg’s equally explicit and patently unscreenable Flaming Creatures as the most controversial and celebrated movie to come out of the NY Underground film scene. From there, she became friends with the likes of Ginsberg, Andy Warhol, Lou Reed, and Bob Dylan.

Barbara Rubin and the Exploding NY Underground (which first screened in Toronto at Hot Docs in 2018) tells the story of its subject’s rise to prominence among her peers with a great deal of ease, mostly because it was the part of the artist’s life that was best documented and that most people witnessed. A lot of other facts surrounding Rubin’s life are a lot more inscrutable and unsurprisingly weird. She wanted to make a big budget, all star sequel to Christmas on Earth, and she even wrote Walt Disney of all people to try to secure funding and connections for its ambitious production. She convinced Ginberg – whose baby she wanted to have, despite the fact that he was gay – to purchase an enormous farm and turn it into a drug rehab facility for artists because she thought it had spiritual vibes (which it didn’t, and the whole thing was a massive bust). Not long after that, Barbara, spurred on by randomly passing an orphanage one day, renounced her life’s work up to that point and became an Orthodox Jew. She was dead by the age of 35. 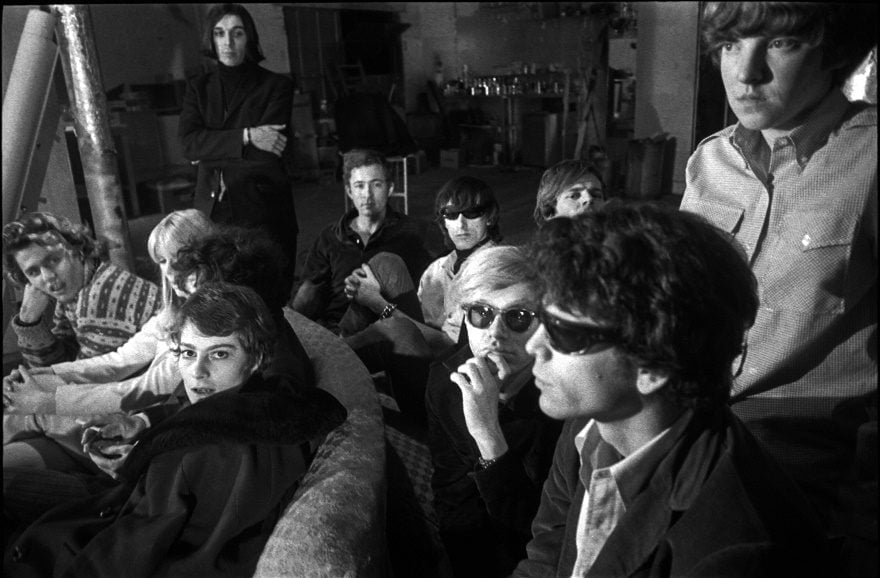 None of the family, friends, and critics asked to speak on camera throughout Barbara Rubin and the Exploding NY Underground pretend to know what she was going through or theorize about what it must’ve been like to be inside her head, which given the nature of her films is probably the right course of action. Everyone Smith approaches opens up to him the best they can about Rubin, and they’re more keen to talk about what it was like to be caught up in Barbara’s orbit rather than discuss the potential meanings of her work. What the viewer sees in Rubin’s work is all many will end up knowing about her. Instead of taking a deep dive into Rubin’s complicated psyche, Smith’s interview subjects – including Mekas, who passed away this past January and who kept most of Rubin’s work and letters (including the beard she severed from Ginsberg’s face) – talk about her energy and force. Rubin had a spirit that some flocked to and others feared, a quality that’s reflected in all of the various archival footage on display here.

Barbara Rubin and the Exploding NY Underground (which will screen alongside the rarely exhibited Christmas on Earth) functions almost like its own museum exhibition rather than the sort of supplementary material one watches before or after taking in an artist’s work at a gallery. There’s an honesty and warmth to Smith’s profile of Rubin. Her life, no matter how many strange turns it took, is handled with respect, especially when one considers that there were no other women in the NY underground film scene at the time who were working on that sort of level with that much acclaim. Rubin was an iconoclast and a maverick in the truest sense; a trailblazer who scorched a path so quickly and mightily that almost no one noticed until the fire had been all but extinguished. Not enough credit is given to her, and probably because nailing down personal details about her life with any degree of certainty is virtually impossible. Hopefully, Barbara Rubin and the Exploding NY Underground goes a long way to rectifying that.

Barbara Rubin and the Exploding NY Underground screens at The Royal in Toronto on Sunday, August 4, 2019 at 8:00 pm. It also opens at Broadway Theatre in Saskatoon on August 11, The Cinematheque in Vancouver on September 11, and the Winnipeg Cinematheque on October 16.

Check out the trailer for Barbara Rubin and the Exploding NY Underground: