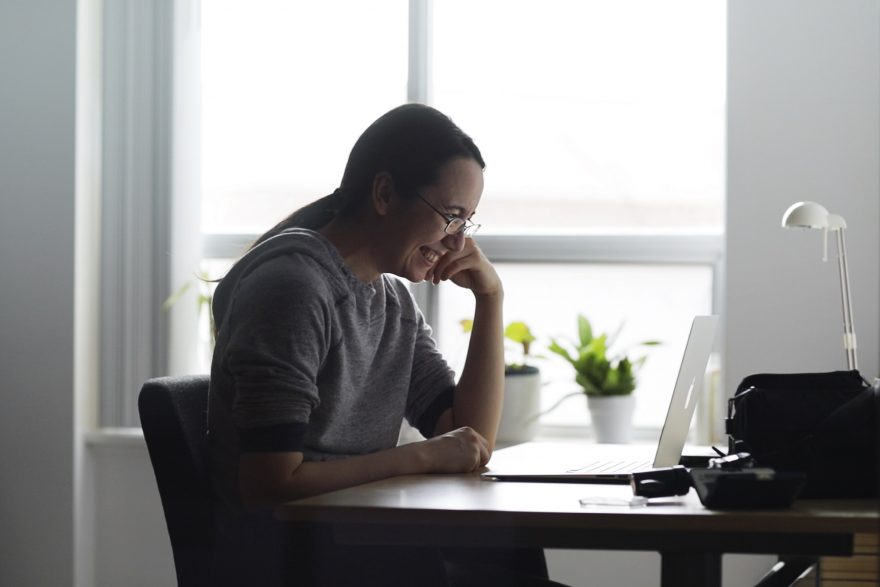 Sometimes, the backstage drama that surrounds a movie’s production is more interesting than the finished product. The overwhelmingly meta, but unique and thoughtful dramedy Spice It Up is a movie about why failure and struggling is sometimes more profound and life changing than creating a smashing success. Filmmakers Calvin Thomas and Lev and Yonah Lewis’ follow-up to their previous feature length collaboration – the criminally underseen The Oxbow Cure – is both a humane work of fiction and a deeply personal, self-aware reflection that most creative types would think twice about before sharing with the world. Spice It Up is an enormous gamble birthed from creative frustrations, distractions, and detours, but one that pays off brilliantly and will resonate with anyone who has previously struggled to get their loftiest ideas under control.

First, a bit of backstory is necessary, as Spice It Up in its current form isn’t the film the writer-directors initially conceived. Back in 2013 when pre-production, casting, and principal photography commenced, Spice It Up was intended to be – in the words of the filmmakers – like a cross between the teen comedy Bring It On and one of Brian De Palma’s dark satires. The story would revolve around seven teenage girls from Toronto who failed their senior year of high school and are left with few prospects for the future. Unwilling to break their shared bond, they agree to sign up together and try to join the Canadian Armed Forces. The Lewises and Thomas cast their main roles, and they shot Spice It Up with an eye and ear for the spontaneous. There would be loose guidelines about what each scene would entail, but sometimes the actors would be left in the dark about exactly what was going to happen and how things would transpire.

Over a thousand hours of footage was amassed for Spice It Up, and the filmmakers settled into a lengthy post-production process that would stretch on until the spring of 2018. The writer-directors tried everything they could to make their strange blend of surrealism, comedy, anti-comedy, sincerity, and social commentary into something they could all be satisfied with, but try as they did, it looked like Spice It Up wasn’t a project that could stand on its own. But instead of abandoning their strange, challenging, and wonky newborn film, they came up with a way to incorporate their previous hard work and the lessons they learned along the way into a new version of the project.

Spice It Up now exists as a movie within a movie, and that film is directed by the fictional character of Rene, played by Jennifer Hardy. Rene is approaching the end of her time in university, and Spice It Up is her thesis film. Paralleling the overall project’s own production history, Rene wants feedback on what’s working and what isn’t. She takes her undefinable, yet personal and heartfelt movie to three different professors (played by film critic Adam Nayman and fellow Canadian filmmakers Albert Shin and Igor Drljaca), all of whom are willing to point out what isn’t working, but aren’t fully equipped, engaged, or charitable enough to give any tangible or usable advice on how Spice It Up can be fixed. Rene knows more or less what she’s going for with Spice It Up, but it requires a lot of explanation and footage that she was never able to get. The subtext is there, but the text is often missing. Her thesis film speaks to her and the emotions and ideas she wants to express, but it means little to mostly everyone else in her life.

What’s most important about Spice It Up is that Rene likes the movie that she has come up with, despite all of the obstacles and negativity associated with it. It’s clear that the actual filmmakers behind the movie and the movie within the movie also have an affection for their final project, even if it took a long time for it to become satisfying. The behind the camera story of how Spice It Up came to finally see some sort of release (one that I had been paying attention to and anticipating for years) is an inspirational one, but Lewis, Lewis, and Thomas don’t want this to be solely about their ability to salvage a sinking ship. Instead, Spice It Up is more lovingly an ode to the ship-builders who persist because their work means more to them than it will to an audience. 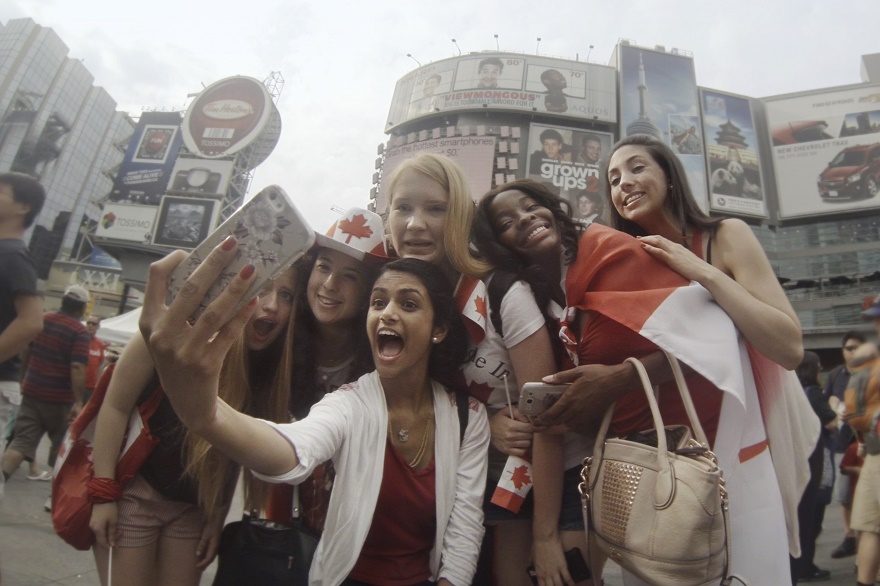 Admittedly, the movie Spice It Up was intended to be and is seen throughout large portions of the final film isn’t a particularly great one. It’s a mish-mash of styles and tones that never fully cohere, jarring comedic and dramatic shifts, and a muddled political and social backbone. The ensemble doesn’t really gel, the scenes are meandering and indulgent, the visual nods to De Palma aren’t adding much, and overall it isn’t dramatically, intellectually, or emotionally satisfying. But to hear Rene talk about the film that “she made” makes a lot of sense and provides some much needed context, and her interactions with her professors and casual observers feel like being in the editing room alongside Lev, Calvin, and Yonah. Rene is a very open and obliging person who’s receptive to criticism and suggestions, even if she disagrees with them, doesn’t understand what they want, or she silently takes offense (as is the case with Nayman’s aloof professor and Drljaca’s narrow minded advisor). She made exactly the film she wanted to make, and she’s willing to explain it to you or anyone willing to listen, even if she can’t fully define it herself.

Rene and her film are worth rooting for, even if you don’t understand what she’s trying to achieve. Hardy (who’s a filmmaker herself, and has incorporated some of her own personal experiences into the character) is effortlessly likable and sympathetic as Rene, and she elevates the film already shot by the Spice It Up filmmakers with her presence. She both understands the character of Rene and the struggles faced by the trio of men working behind the camera, and even if things don’t turn out well for the thesis film, there’s a sense that our hero will be okay and make it out of this entire ordeal just fine. There are zero commercial prospects for Spice It Up, and Rene’s grade probably won’t be a high one based on the reactions of her male professors and disinterested friends and family, but she finds joy in the process and what she’s created.

Spice It Up is as inspired as it is inspiring, especially anyone who has ever had to explain their art – no matter how heady or lowbrow it might be – to everyone around them. Instead of a meandering project with seemingly no end in sight, this look at the fraught post-production process of filmmaking (which is unique in and of itself, since most movies about movies revolve around shooting something instead of assembling it) is about the perceived mistakes that can make creators happy. The reasons why Rene would want to make Spice It Up are quite touching, and like many true artists, the story of it all is woven into the fabric of her very being. The process means a lot to Rene and is not something to be belittled or treated ironically. And while the actual Spice It Up filmmakers are somewhat willing to concede that they were missing the mark, the final film they’ve produced shows that sometimes perceived failure can be freeing.

As critics, we’re often told to pick apart the reasons why something isn’t working, but so rarely are we told to reward ambition, even if it doesn’t work. This extends to professors, producers, investors, actors, directors, and pretty much anyone ever involved with film. It’s rare that a film can essentially beats critics or detractors to the punch and not sound bitter or conciliatory. By this point, the team behind Spice It Up have listened to every criticism or suggestion that has come their way, and while they never fully figured out how to address all of their internal and external concerns, they persisted and are able to explain exactly why they wanted to keep going through the use of an eminently relatable and likable avatar. It’s a DIY deconstruction of DIY filmmaking, and why the process sometimes matters more than the destination.

Spice It Up opens on Friday, August 16, 2019 at TIFF Bell Lightbox. Directors Lev Lewis, Yonah Lewis, and Calvin Thomas will be on hand for a Q&A moderated by critic and co-star Adam Nayman following the 8:30pm screening on Friday, the 16th.

Check out the trailer for Spice It Up: