Review: The Death and Life of John F. Donovan 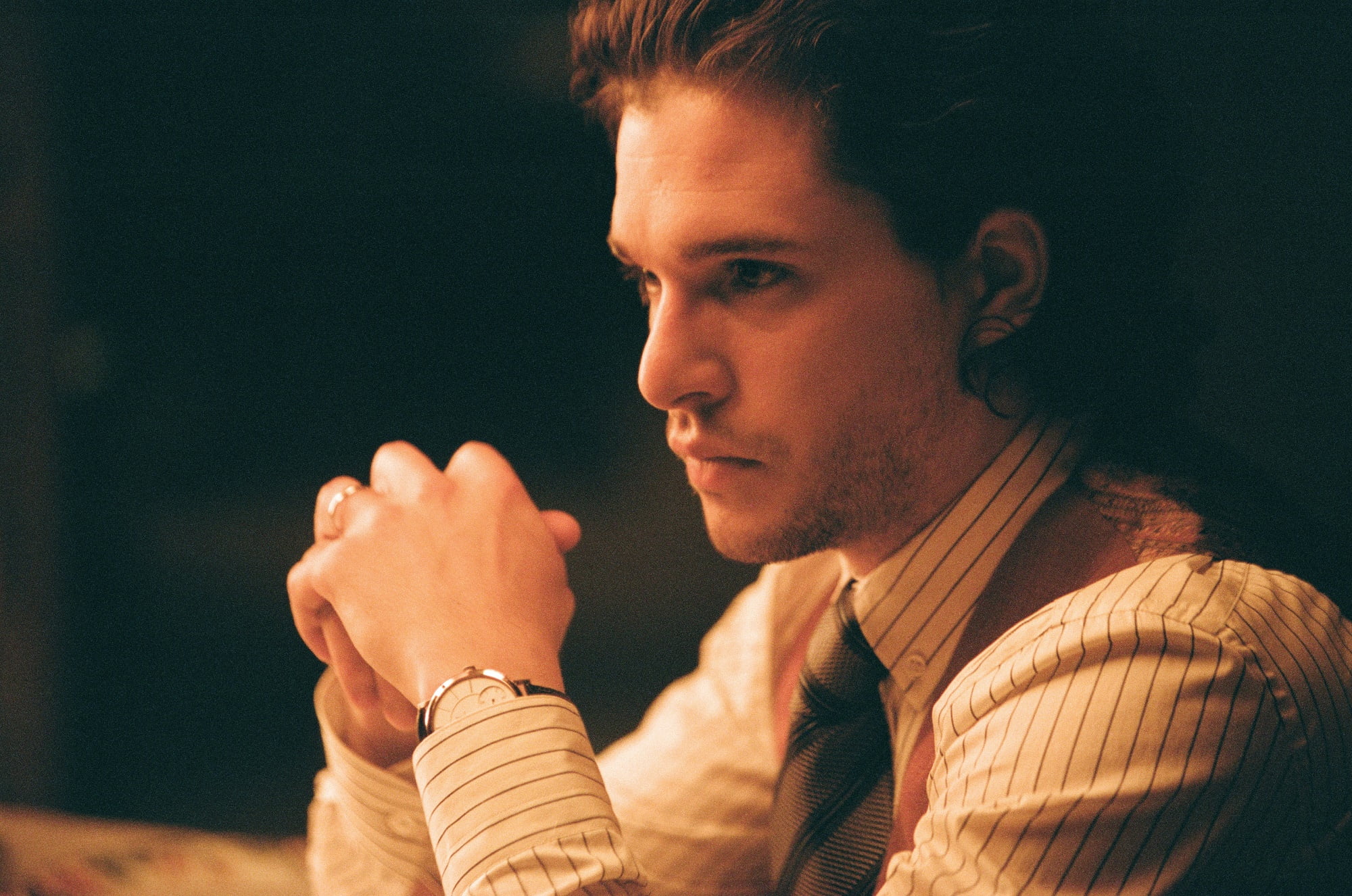 At this point, any review of Quebecois filmmaker Xavier Dolan’s ambitious, but uneven melodrama The Death and Life of John F. Donovan is going to read less like an analysis and more like a post mortem. Initially, Dolan’s latest seemed like a can’t miss proposition: the English language debut of the most critically celebrated and talked about Canadian filmmaker in decades. It was given a massive budget (by Canadian standards, anyway) and boasted big name stars. The Death and Life of John F. Donovan made headlines when Dolan went public with the news that his film was so sprawling and packed that a role played by Jessica Chastain had to be cut from the final version entirely during a nearly two year long editorial process. Despite concerns that Dolan’s latest was getting away from him (especially from his legion of vocal detractors and skeptics who seemingly chomp at the bit to herald his demise), that news only made critics and insiders even more curious about the project. Then, when the film debuted at the Toronto International Film Festival last fall, The Death and Life of John F. Donovan received a critical drubbing. Fast forward to this week – almost a full year after the world premiere – and The Death and Life of John F. Donovan, like most costly and misguided projects, is being unceremoniously dumped in the non-competitive final weeks of summer, and Dolan has already moved on and premiered a new film at Cannes earlier in the year.

Could Dolan have saved his clearly troubled and hobbled production from such a fate? Maybe parts of it could be salvaged, but not without a lot more focus and a stronger core. In its current and final form, The Death and Life of John F. Donovan doesn’t play like a work from one of the most confident filmmakers in the world today. It comes across more like three films of varying quality stuffed uneasily and unconvincingly into a single package. One of these stories is pretty good, and it would make for a fine film on its own merits if it were given the proper space and consideration to breathe. One of them is passable, but could be a lot better than it ultimately is. One of them is downright unwatchable, cringe inducing, and beyond salvation. The Death and Life of John F. Donovan is a film with a fair bit to like within its shaggy, unwieldy construction, but not enough to outweigh the fact that Dolan’s latest is an unqualified mess when taken as a whole.

The best of Dolan’s three interwoven storylines is the film’s narrative backbone, which certainly counts for something. Everything in The Death and Life of John F. Donovan branches off from its titular character, played by Kit Harrington, a fictional, up-and-coming actor who died at the age of 29 in the year 2005. John was primed to become a superstar. He was a regular in the gossip pages, and was pegged for a high profile role in a superhero movie. He was also gay and in the closet, torn between the woman he was most often seen with in public (Emily Hampshire) and his secret crush (Chris Zylka). His train wreck of a family (headed up by Susan Sarandon as John’s alcoholic mother) doesn’t help his already delicate mental health status.

It’s a Dolan film, so this section of The Death and Life of John F. Donovan strikes and appropriate balance between glitzy, gaudy, and garish. There’s plenty of slow-motion, pop songs, and snappy costuming choices, as one would expect from the flashy, stylish director. It looks and moves like exactly what one would expect from a Dolan film about an emotionally struggling creative type, and the narrative itself isn’t anything new and original, but to the director and co-writer’s credit (who shares script credit with Jacob Tierney), this is the portion of The Death and Life of John F. Donovan that works the best. Harrington has a clear understanding of his character, knowing when it’s safe for John to let his guard down in emotionally taxing situations, and Dolan proves that he understands the push and pull between being true to oneself and keeping up appearances. Unfortunately, John’s narrative is handcuffed to a pair of far lesser stories.

At the height of his fame, John Donovan was keeping up a friendly correspondence with Rupert Turner (Jacob Tremblay), a young fan who worships his big screen idol. A literary soul who lives with his mother, Sam (Natalie Portman), and is bullied in school, there’s a sense that the unlikely pen pals keep each other going when they’re at their lowest. 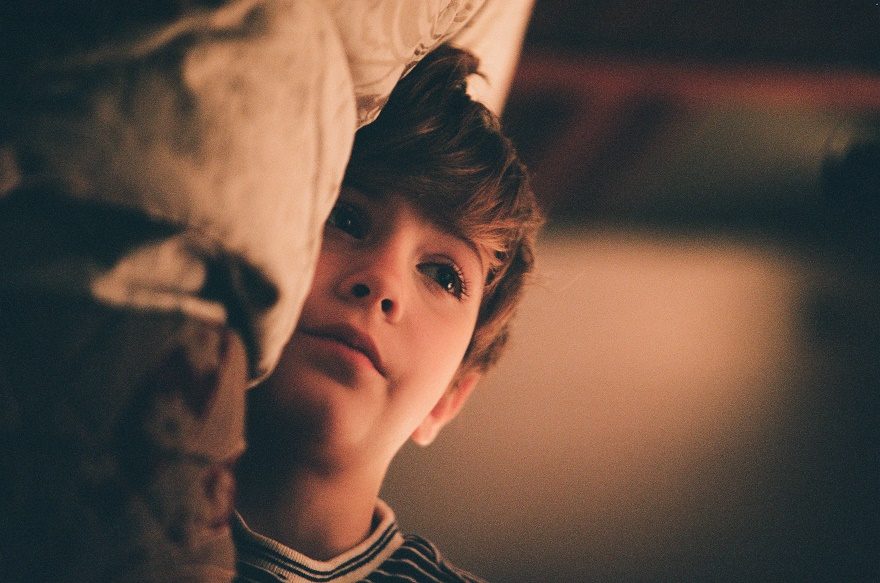 The sequences with Portman and Tremblay are far and away the worst parts of The Death and Life of John F. Donovan, and they tend to massacre any sort of drama that Dolan was attempting to build with the Harrington bits. Instead of examining how young people are formed by pop culture idolatry or the first time someone realizes that their on screen heroes are human beings with real life traumas and unseen problems, Dolan doubles down on the hoariest of melodramatic cliches. Dolan proves to be clueless when it comes to writing and directing children, leading to the usually reliable Tremblay giving a shouty, histrionic, and inauthentic performance that reaches Nicolas Cage levels of being over-the-top. It’s not his fault, as no one could make these scenes work, and even a consummate professional Portman seems helpless when it comes to reigning all of this in. There hasn’t been a less organic or believable story of a young person in quite some time, which is more baffling when one remembers that it’s tied into a story that’s actually pretty good.

But wait, there’s more. All of those sequences are flashbacks being told from the perspective of an adult Rupert (Ben Schnetzer), who has recently published a book about his relationship to John Donovan and is getting grilled by a skeptical, entitled, and egotistical journalist (Thandie Newton) who doesn’t believe a work of it at a cafe in Prague. This section of The Death and Life of John F. Donovan is more underwhelming than unsalvageable, but it still doesn’t work because it provides precious little context to the primary throughline and suffers thanks to inescapable comparisons to the storyline of young Rupert. It could be cut entirely and nothing would be missed, but that would throw a film that’s already wildly out of alignment into outright chaos.

There’s an inescapable bitterness to the scenes shared between Schnetzer and Newton, who do what they can with the most thinly written parts of the entire movie, essentially acting as human bridges when they aren’t telling each other how little they think of one another. This section of The Death and Life of John F. Donovan feels every bit like Dolan calling out all of his critics and attempting to make them feel bad for ever saying anything even remotely derogatory about his movies, by using the earnest and impassioned adult version of Rupert as his surrogate.

I’ll give this section of The Death and Life of John F. Donovan this much: it feels almost uncomfortably honest, and gives the film as a whole lots of natural emotion that the other stories are lacking. As good as the John Donovan section of the film is, there’s a purposeful coldness to it, and the young Rupert flashbacks are so awful that they almost need to be seen to be believed, but everything with grown-up Rupert finds a tonal middle ground that keeps the audience from developing narrative whiplash. It’s essentially watching two people carry out a contentious conversation, but there’s some truth to it, even if Schnetzer in no way feels like he’s playing the grown up version of Tremblay’s character, and there’s no sense of style to be found from Dolan in these scenes.

I think I can see where Dolan was trying to go with The Death and Life of John F. Donovan. This should play like a cohesive single volume about a fan who starts experiencing a lot of the same troubles as his childhood idol, the perceived impropriety of their letter writing, and how society undervalues young people and privacy, but whenever one of these threads starts to build momentum, Dolan abruptly shifts back to one of the other stories. Dolan has said that the original cut of The Death and Life of John F. Donovan was over four hours long, and while that additional running time might (or might not) flesh out the plight of the characters and their relationships in any greater detail, it could never hope to paper over the tonal inconsistencies and jarring dramatic styles on display here. Watching The Death and Life of John F. Donovan is like watching a talented artist repeatedly slipping on a banana peel while they valiantly try to make it look like nothing’s wrong. In some ways, I respect that Dolan was able to make something this strange and unique in the first place, but unique is not a synonym for good.

The Death and Life of John F. Donovan opens in select Canadian cities on Friday, August 23, 2019.

Check out the trailer for The Death and Life of John F. Donovan: