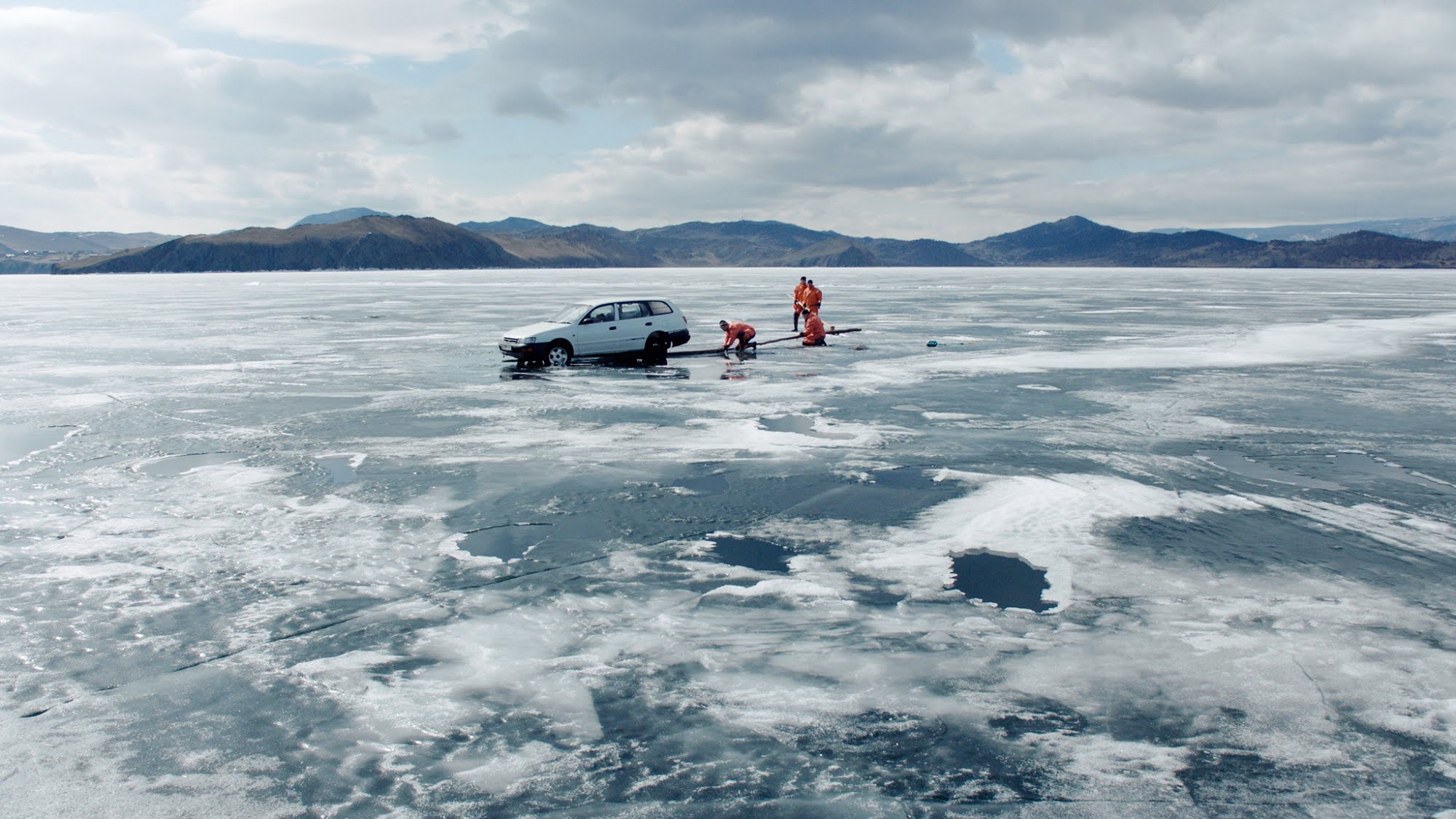 A jaw dropping visual marvel, but not much of a cinematic essay or tone poem, the gorgeous, but somewhat hollow documentary Aquarela would be a lot more impactful in a shorter or even broader form. The latest effort from renowned Russian observational documentarian Viktor Kossakovsky, Aquarela starts off as a strong and harrowing look at how humanity pales in comparison to the enormity, force, and omnipresence of the Earth’s various bodies of water and ice, before shifting into a lengthy (but still stunning) patch of filler material, eventually righting things by the end. It’s fine enough on the whole, and best viewed on the largest screen with the best sound system possible, but it still feels like there could be more to this that isn’t being explored or pondered. It’s the rare example of pure cinematic art that’s also a missed opportunity.

Kossakovsky travels the world to look at the power of water. He starts off in Siberia at Lake Baikal, the world’s oldest and deepest freshwater lake. Like many rural communities surrounded by water, locals use Baikal as an ice road to get around, but when Kossakovsky arrives, the lake is undergoing a thaw three weeks earlier than normal. Kossakovsky, who doesn’t interfere with nature or any humans that might appear in his frame, captures some truly harrowing moments as drivers attempt to gun it across the ice, only to fall victim to the thaw; watching as rescue crews with old school methods and machinery attempt to rescue people and cars from the frigid depths.

That segment of Aquarela (which takes its name from the Portuguese word for watercolour) is outstanding. Without skewing his footage, adding narration, or conducting interviews to explain everything, Kossakovsky serves up a delicious bit of irony that functions well enough as a short film on its own. Watching beat up, barely functional gas guzzling automobiles falling victim to the effects of climate change that their drivers are contributing to is powerful, as is the toll it takes on human life. From there, it feels like Aquarela and its episodic sort of construction will be a volume looking at water as an elemental lord; something that giveth and taketh away, providing and punishing, caring not for saints or fools. Instead, things get a little more indulgent. 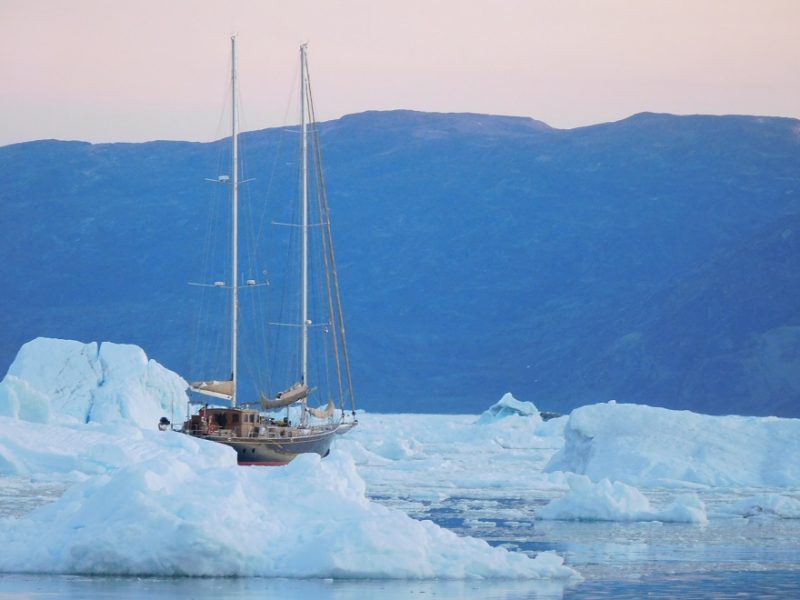 Kossakovsky shot Aquarela using high frame rate technology, resulting in crystal clear, but sometimes dreamlike images that move swiftly. To the filmmaker’s credit, the fluid nature of water hasn’t been captured this exquisitely on the big screen before, but once those images are created, Kossakovsky isn’t doing much with them. From there, Kossakovsky travels to the coast of Greenland, where sailboats come dangerously close to crumbling icebergs. Then it’s off to the Oroville, California where Kossakovsky looks at the ravages that follow when the local dam breaks, and then to Miami to watch as Hurricane Irma rips through the city streets. He closes with a trip to Venezuela to marvel at the sight of Angel Falls, the world’s largest waterfall, clocking in at a staggering 2,368 feet.

Each of these trips has moments of visual brilliance: sailors trying desperately to keep their boats under control, horses trying to escape from a flood, the eerie nature of abandoned looking city streets getting pummelled by wind and rain. It’s all gorgeously captured by cinematographers Kossakovsky and Ben Bernhard, and set to an eclectic musical score from Eicca Toppinen that bounces between classical and hardcore heavy metal breakdowns. (It’s truly fun to watch ice floes undulating while the soundtrack makes one think that a mosh pit is about to break out in the theatre.) But unlike similarly observational films about man and nature like Manakamana, Leviathan, and Kossakovsky’s own ¡Vivan las Antipodas!, it’s hard to discern exactly what the filmmaker is trying to say about his subject.

Like water itself, Aquarela is a largely impersonal film once it progresses beyond the opening section, and for long stretches it feels like Kossakovsky is using his latest project as an excuse to revel in the capabilities of his new technology. There are plenty of lengthy, detailed shots that examine what an iceberg looks like from below the surface of the water, but at a certain point Aquarela crosses over in such moments from observation to indulgence. If there were more poetic, scientific, or empathetic strands to find within Aquarela, it would be a lot easier to let the film wash over you. It would work a lot better with either even more examples of how water impacts daily life, or if it were boiled down to its best moments and considerably shortened. As it stands, the moments that are actually worth connecting to and pondering over are somewhat few and far between; islands of substance surrounded by a whole lot of water.

Aquarela opens in Toronto at TIFF Bell Lightbox and in Vancouver at Vancity Theatre on Friday, August 23, 2019. It opens in Montreal on August 30 and expands to additional Canadian cities throughout the summer and fall.

Check out the trailer for Aquarela: