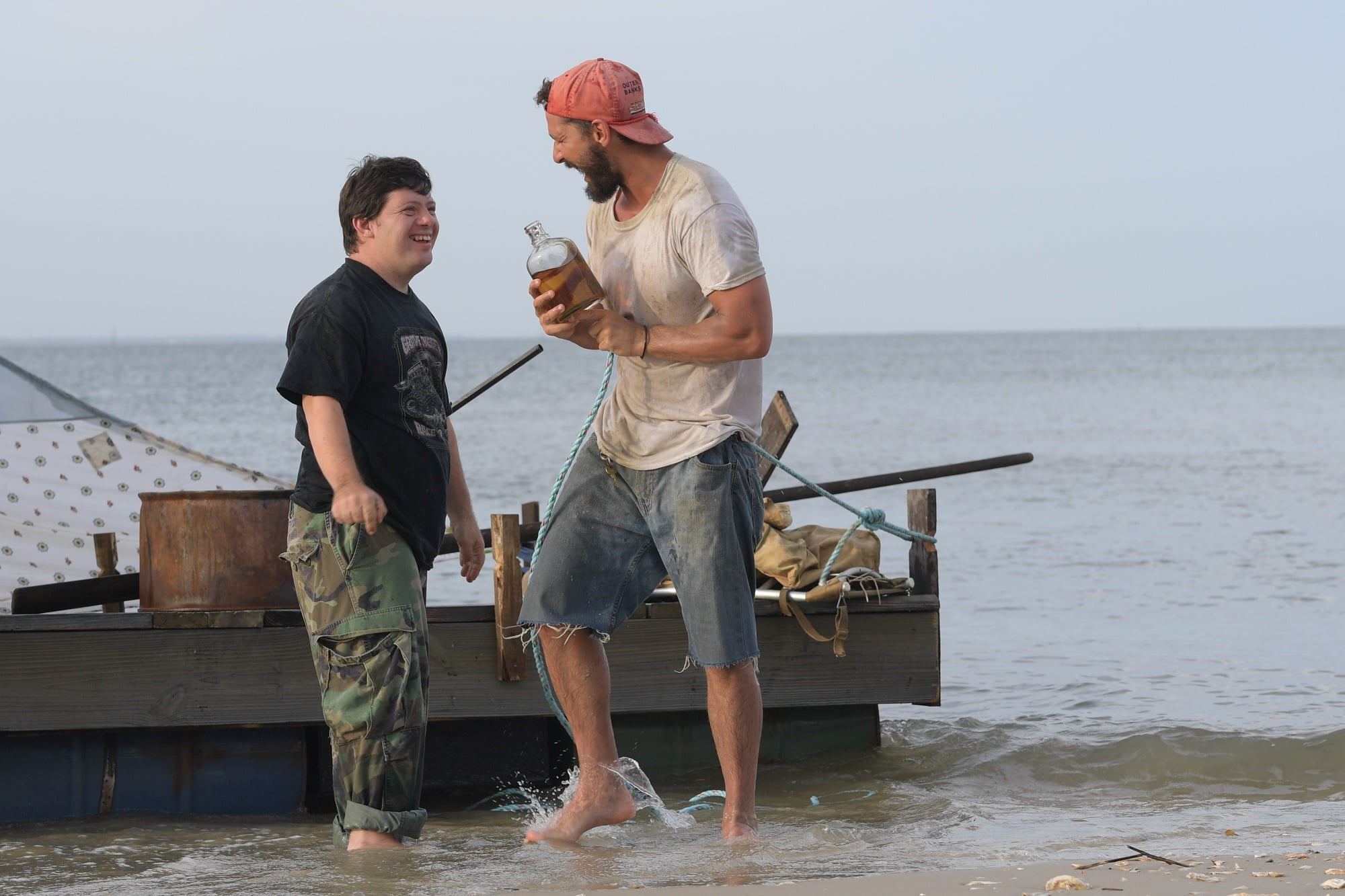 Heartwarming and sweet, The Peanut Butter Falcon might follow a road movie trajectory that’s familiar to most audiences, but that doesn’t make its overall premise and approach any less original or enlightening. A years in the making labour of love for writer-directors Tyler Nilson and Mike Schwartz and leading man Zack Gottsagen, The Peanut Butter Falcon is the good natured tale of a charming, disabled young man chasing his dreams with the help of a vagabond redneck, and while this mismatched story of outcasts on the run is a rather predictable one, it’s the journey that matters more than the destination.

Zak (Gottsagen) is a 22-year old man with Down Syndrome who’s been relegated to an assisted living community by the state because he doesn’t have any family to take care of him. A majority of the residents are four times his age, and while he gets on well with his roommate (Bruce Dern) and Eleanor (Dakota Johnson), an employee who shows the young man great patience and kindness, Zak has dreams of his own: he wants to become a professional wrestler, following in the footsteps of his idol, The Salt Water Redneck (Thomas Hayden Church). With a bit of help, Zak sneaks out in the middle of the night, but rather than calling the police, Eleanor’s uppity, careless boss sends the young woman to retrieve him.

While making his escape, Zak sneaks aboard a motorboat that ends up getting stolen by Tyler (Shia LaBeouf), a rough-around-the-edges country boy who’s run afoul of a fellow fisherman (John Hawkes) for stealing and damaging property. Naturally, Tyler doesn’t take too kindly to Zak’s presence, but eventually they come to an understanding. Tyler’s heading to Florida, which just so happens to be where Salt Water Redneck’s wrestling school is located. Tyler sets some ground rules and agrees to help Zak along on his journey down the coast from the Carolinas.

The premise of The Peanut Butter Falcon sounds like an excuse for some off-colour jokes and plenty of wacky set-pieces, but while the film is quite funny at times, Nilson and Schwartz aren’t interested in taking the easy way out. Any humour that arises comes naturally and honestly with Nilson and Schwartz making sure that the road map they’ve set out for themselves doesn’t have more cliched developments than necessarily. Similarly, while some treat Zak cruelly, those people get their comeuppance in realistic ways, frequently because the protagonist has a natural confidence and is surrounded by people who care about him The plot is formulaic, but the performances and approach are far from it. It’s a rare example of a comfort food level crowd pleaser with a great deal of ambition to go along with its hard earned uplift.

Gottsagen has Down syndrome, and he’s been acting for some time now, but Nilson and Schwartz always knew that they wanted to create a star vehicle for him, and their instincts weren’t wrong. Gottsagen gives one of the best and most natural leading performances of the year. Zak seems like a pretty cool guy to be around, and it’s not hard to see why Tyler would create an attachment to this stowaway so easily. Gottsagen has whip-smart comedic timing, impeccable dramatic instincts, and is more than willing to get his hands dirty if the occasion calls for it. He’s always in the moment and keenly aware of what needs to be accomplished in every scene, and the chemistry he displays alongside LaBeouf (who gives one of his best performances) and Johnson is assured and lived-in. They genuinely seem like a surrogate family. Zak likes them, and Tyler and Eleanor care deeply for their friend.

The Peanut Butter Falcon might be another one of those “family is what you make of it” narratives, but the unique and uncompromised nature of the protagonist’s perspective counts for a lot. Tyler is wrestling with the loss of his brother (Jon Bernthal, who pops up in some flashbacks), Eleanor is a widow, and the details surrounding Zak’s abandonment at a young age are unclear, but there’s a realism that accompanies these weary, mismatched travellers on their journey. They’re all characters that are easy to like in spite of their faults, with Zak, the person who looks most like a cultural outsider, having the fewest negative traits. The main point of Nilson and Schwartz’s film is to illustrate how decent people can prop each other up in times of need, and anything The Peanut Butter Falcon has to say about Zak’s disability is secondary to telling a tale of a life lived well and on one’s own terms.

The actors are all on the same page, and their performances seem to come pretty naturally, so Nilson and Schwartz have some room to make sure that The Peanut Butter Falcon boasts a striking visual sensibility. The rivers glisten in sunrises and sunsets; firelight at night hits the actors faces just right; the backwoods shacks Zak and Tyler come across look perfectly run down and minimally maintained by the folks who live there, all of them played nicely by character actors who are as invested in the material as the leads and the filmmakers. It looks more authentic than most flicks set in the rural south, and it elevates the material considerably.

That investment counts for a lot because The Peanut Butter Falcon is a high concept buddy picture that’s made with confidence and purpose first and a desire to entertain second. It certainly does entertain, but it’s so rare and refreshing to see a film with such a positive message that doesn’t talk down to the audience. There’s plenty of light and darkness to be found, and the characters all have issues that they need to work through before they can achieve their dreams or move on from setbacks, but it’s all carried out with remarkable balance and dexterity. Everyone involved believes in the material and its goal, and that makes for a journey well worth taking. The sheer warmth and good will that this film exudes is apparent from the opening minutes, and it’s disarming to see something that’s this earnest be this effective. Zak, Tyler, and Eleanor all believe in each other, and you’ll believe in them, too.

The Peanut Butter Falcon opens in Toronto, Vancouver, Ottawa, and Winnipeg on Friday, August 23, 2019. It expands to Montreal, Calgary, Edmonton, and additional Canadian markets on August 30.

Check out the trailer for The Peanut Butter Falcon: