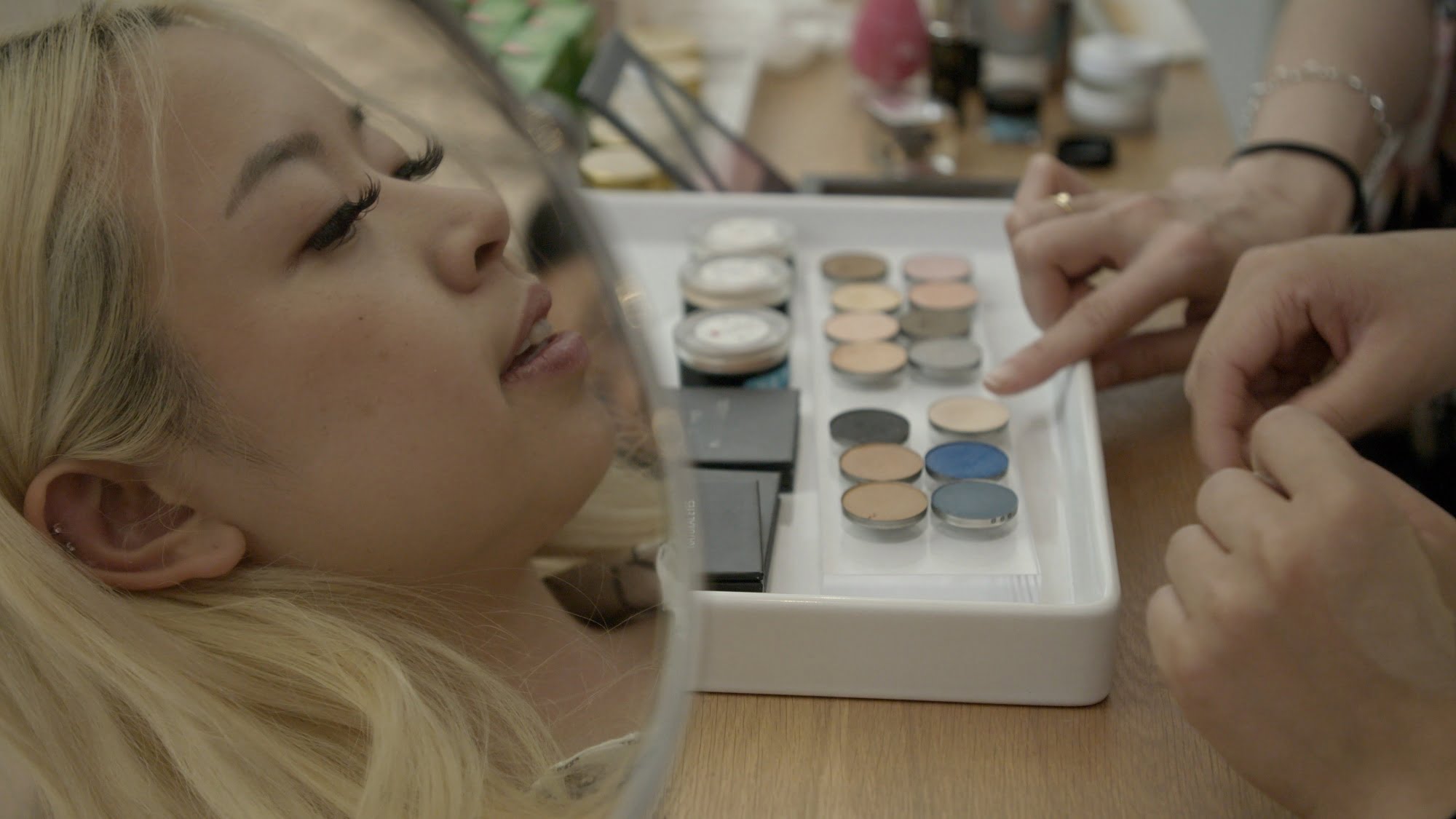 While many viewers might already be wary about the contents of their health and beauty care products, award winning Canadian documentarian Phyllis Ellis’ Toxic Beauty is a necessary shock to the system. While Ellis does an outstanding job peeling back the (facial) mask behind potentially harmful and carcinogenic compounds that people are unwittingly putting all over their faces, hair, and skin, Toxic Beauty also deserves a large amount of credit for going beyond standard investigative reporting and looking at the larger reasons as to why looking beautiful often doesn’t involve reading the label on the products being purchased.

While there have been many regulations placed on various health and beauty care items sold to consumers around the world to help weed out toxic chemicals that can cause any number of health concerns, America has lagged behind to an alarming degree. Thousands of additives in cosmetics and everyday skin and haircare items have been banned in the EU. Hundreds have been banned in Canada. At the time that Ellis produced Toxic Beauty (which made waves when it premiered earlier in the year at the Hot Docs Canadian International Documentary Festival), the United States had only banned eleven chemicals from use in beauty care products since the 1930s.

While many can point fingers quite easily at the abuses that arise through animal and human testing of such products, the most shocking revelation viewers will discover in Toxic Beauty is that there’s a frightening lack of regulation when it comes to many items that people use on a daily basis. Many products designed to plump lips, stall the effects of aging (which is impossible on a technical level, but whatever), reduce naturally occurring wetness and body odors, and create longer, stronger, sleeker hair – almost all of them used by women – are unleashed onto an unsuspecting marketplace with untested or barely tested additives. The effects of some of these compounds – which can be endocrine disruptors, hormone fluctuators, irritants, inflammatories, and the causes of tumours and cancers – might not be known for years after the products containing them have been heavily used.

Ellis does her due diligence throughout Toxic Beauty, talking with many lawmakers, consumer rights advocates, doctors, scientists, former industry insiders, and everyday people fighting for more transparency when it comes to cosmetics; all of it stylishly edited, mounted, and assembled. For obvious legal reasons, Ellis has to be careful when it comes to outright naming some of the deep pocketed and highly litigious companies who routinely exploit health and safety loopholes in a bid to prey on some of the most commonplace, everyday insecurities people have, but the filmmaker does eloquently take a deep dive into class action lawsuits currently revolving around an everyday household item that crosses gender lines and has recently revealed to be highly problematic: talcum powder. 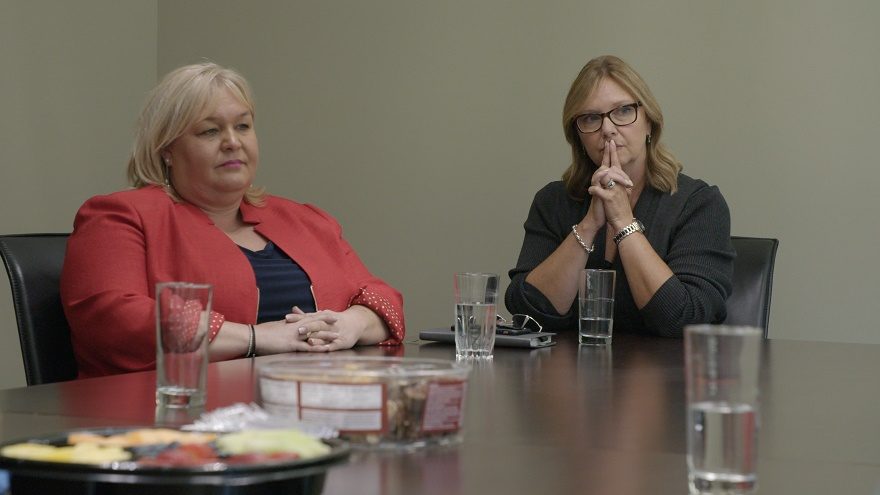 Women (and some men) who have used talcum powder for years to decrease odor and wetness have been diagnosed with various forms of cancer. Since 2006, talc has been a known carcinogen, and yet, there are no warning labels to be found on such products containing it. If there are warnings on prescriptions, alcohol, tobacco, and weed about potential cancer causing agents and health risks, why are there so few warnings about the things we put on our skin, which as we all know, is the biggest organ of the body?

It’s a valid question, and while Ellis spends a lot of her time speaking with people currently caught up in the fight against big talc, Toxic Beauty looks with great poignancy on the reasons why women – and women of colour in particular – are so driven to using products that are harmful to their wellbeing. Through a combination of impossible beauty standards and marketing campaigns designed to equate cosmetics with a false sense of empowerment, women have been conditioned to look the other way when it comes to purchasing aesthetic enhancing items. One of the most wrenching and telling stories shared by one of Ellis’ subjects comes from Mymy Nguyen, a 24-year old Asian woman from California who practiced a rigorous health and beauty care regime of creams, moisturizers, and powders for most of her teenage and adult life, only to be diagnosed with a tumour in her breast. While some might point fingers at vanity being the overall cause of Mymy’s problems, Toxic Beauty does an expert job of showing how women can be made to feel insignificant in the eyes of society if they don’t try to adhere to unspoken guidelines regulating how a lady should look. Another surprising factor that enters into these health concerns – especially in the case of talc – is dangerous forms of tradition that are instilled at an early age.

Mymy’s health scare (which was thankfully treatable) not only led to a detox from the products she relied so heavily upon, but also prompted her to become an advocate for others who might be unaware of the risks associated with adhering to such rigorous beauty care regimens. This plays nicely into Ellis’ other primary focus: a profiling of those who seek to change the industry from the outside and for the better. Toxic Beauty might be a documentary about the unseen killers lurking in one’s household, but it’s also a hopeful tool for change. It never demonizes people for using the products mentioned throughout the film, but it certainly takes those selling them to task and demands accountability and an admission of either guilt or willful ignorance.

Check out the trailer for Toxic Beauty:

Many of these films are great. When will the public be able to see these? The sooner the better. Please give info on this in your articles.

It’s difficult for anyone covering the festival to say when all of the films will come out. Major Hollywood films will have release dates in a few weeks or maybe months. Other films, we don’t necessarily know until a distributor picks them up in each country or area.