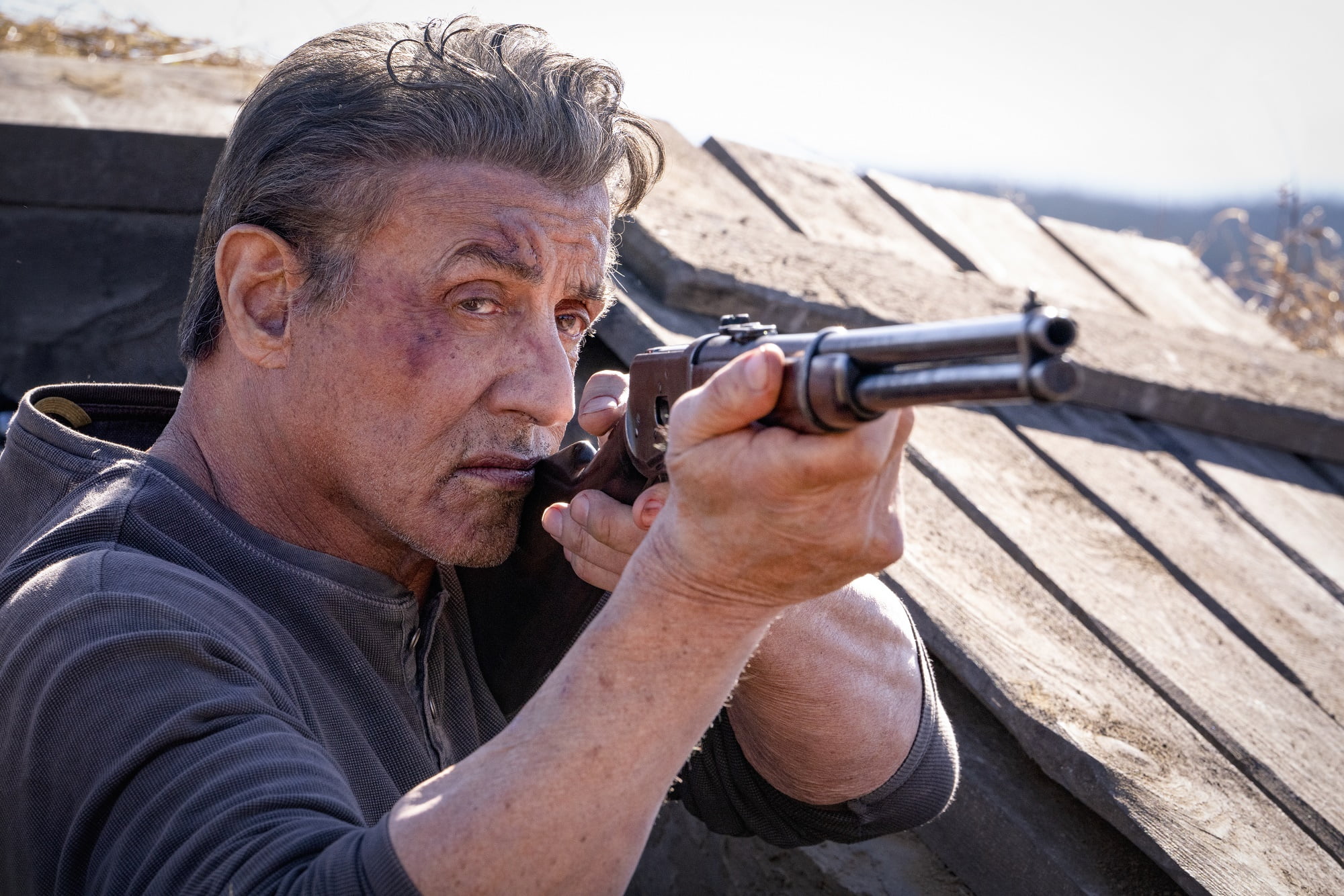 Rambo: Last Blood might promise a grand send-off to one of cinema’s most iconic action movie characters, but it’s not much of a Rambo movie. The fifth and reportedly final rodeo for Sylvester Stallone’s lone wolf Vietnam veteran, Rambo: Last Blood feels less in line with past outings for the character and more like a Taken knock-off or a lesser Death Wish sequel. There’s some inspired bloodletting here and there to get heartbeats racing and action movie aficionados’ fists pumping in approval, but one will have to sit through a lot of dull, uninteresting, uncomfortable, and flat storytelling to get there.

Rambo: Last Blood picks up a considerable amount of time after the previous film left off; so much so that one almost forgets what happened in the fourth installment of the franchise. John Rambo (Stallone) has finally left Southeast Asia and now lives on his family’s farm in Arizona. His sister has passed away, but he has been raising his college-bound niece, Gabrielle (Yvette Monreal), alongside his kindly mother-in-law. John seems to have found peace working as a horse trainer, but all of the guns and knives on his wall, the numerous tunnels beneath his property, and his weapons forge suggest that he’s still prepared for war. He finds a new battle when Gabrielle decides that she wants to track down her abusive deadbeat father in Mexico. Against the wishes of her surrogate parents, Gabrielle heads south of the border and is subsequently kidnapped by a pair of evil brothers (Sergio Peris-Mencheta and Óscar Jaenada) and forced into sex slavery. With his new mission to bring the girl back alive, John “the one man army” Rambo is called back to duty without a moment’s hesitation. In the words of so many hackneyed movie trailers, this time, it’s personal.

There’s something immediately off about watching something that’s essentially a domestic thriller that’s had John Rambo uneasily plunked into the centre of it. While it’s somewhat admirable to want to switch gears and give the character a war worth fighting instead of placing him into one he can’t avoid, Rambo: Last Blood doesn’t give the PTSD addled hero much to work with outside of the obvious. The script from Stallone and Matthew Cirulnick (Paid in Full) could easily substitute the increasingly vexed protagonist from the Taken films or tired old fart Paul Kersey from the Death Wish saga into the same scenario. Although the film includes plenty of subtle callbacks to franchise starter First Blood, this entry in the series seems to have been written with someone else in mind. It’s a film from the perspective of a character who has watched their family go through some incredibly hard times over and over again. Viewers have never seen John Rambo with his family before now, so everything has to be taken with a blind degree of faith, and without a strong base for how the character has changed in the years since the previous film, it’s hard to buy into, especially when director Adrian Grünberg’s film is relatively action free for the first two-thirds of its running time.

That lack of action in the early going dooms Rambo: Last Blood. Most of the movie is spent watching John sneaking around Mexico, getting beaten down by the gang that took his niece, and shaking down bad guys with the help of a local investigative journalist (Paz Vega). It’s all rather tiresome, but not because this is the fifth film in the franchise. It’s tiresome because an actual Rambo movie might’ve been a change of pace in the current action marketplace. Watching Stallone – who’s still a decent enough actor to convincingly sell some of the film’s emotional beats – in a style of film that has been done to death and arguably went out of fashion a couple of years ago isn’t all that exciting. It’s suitably nasty, bloody, and vicious, but it also has less originality and ingenuity than any of its predecessors, despite the personal nature of the story.

Without much else to look into, the familiarity of Rambo: Last Blood is inescapable. It’s written to make Mexico look like a lawless shithole that Americans need protection from, but it also makes sure to underline the fact that there’s at least one or two good people in the country willing to help the All-American hero. It’s a white savior narrative in the purest sense, right down to the fact that Stallone is the only caucasian actor on screen. It’s depiction of Mexican people as either savages or people too meek to save themselves is troublesome, but John is trying to save the women of the world from sex traffickers, which everyone can agree is reprehensible, so at least the film has that going for it.

Stallone puts in the necessary work, never looking too old to pull off Rambo’s imposing physicality, but viewers will be waiting over an hour to get to the bloodshed they came to see. The suitably chaotic, brutal, implausible, and borderline unnecessary climax that sends Rambo: Last Blood out with a bang and a boom shows Stallone and the character at their best, replete with throat stabbings, booby traps, decapitations, point blank shotgun blasts, a killer classic rock needle drop, and one of the best and most over-the-top villain deaths in recent memory. It would be nice to see most of what’s going on, though. Grünberg (Get the Gringo) seems to come from the school of action movie filmmaking that favours frantic editing, shaky camerawork, and virtually no additional lighting whatsoever, which is a bad choice for a movie with a climax that mostly takes place in a series of tunnels.

Although the title points to the end of the road for Stallone’s weary soldier, the ending suggests there could be more installments should Rambo: Last Blood prove successful, and while I wouldn’t necessarily be opposed to that, let’s hope that anything after this point is a bit more of a Rambo movie and less generic. The Rambo sequels were generic, but at least they were uninspired and entertaining on their own terms, not someone else’s.

Check out the trailer for Rambo: Last Blood:

“It’s a white savior narrative in the purest sense, right down to the fact that Stallone is the only caucasian actor on screen” it must suck to watch all movies with a “woke” filter, you like most movie makers must have a checklist to make sure all of the “woke” boxes are checked. Thank you for being a destroyer of art to further your political affiliation. Please never review a movie again!