Review: Send Me to the Clouds

One of the most original, moving, subtly funny, and disarmingly entertaining foreign language films of the year is Chinese filmmaker Teng Congcong’s debut feature, Send Me to the Clouds. A multi-layered, keenly perceptive, and admirably uncompromised look at growing old and staying single from a female perspective in a country where women have been perpetually undervalued, Send Me to the Clouds has rich cultural specificity but enough universal themes that it could be remade in any country in the world with only a handful of tweaks. No Chinese filmmaker – or one from anywhere else – has ever attempted something quite like Send Me to the Clouds, and while the film has both stirred up controversy and become a modest indie movie success in its home country, it speaks volumes to the human condition around the world. It might be the biggest hidden gem of the year, and it’s well worth seeking out if you can find it.

Sheng Nan (Yao Chen) is a 29-year old unmarried journalist struggling to make ends meet. In Chinese culture, unmarried women past the age of 27-or-so are referred to as “leftovers,” but the headstrong Sheng Nan seems perfectly content following her current career path. That all changes when she’s diagnosed with ovarian cancer. Sheng is told that she needs to undergo surgery and chemotherapy, and even after that, her lifespan might only be extended by five to ten years and her sex drive will pretty much vanish. She also can’t afford the treatments. A greedy co-worker and friend (Yang Xinming) tips Sheng off about a potentially lucrative gig: ghostwriting the autobiography of an elderly billionaire for the princely sum of $47,000 U.S. Sheng Nan agrees to travel to the retired entrepreneur’s lavish, rural estate, but she also makes a pact with herself that she’s going to have sex one final time with someone she genuinely likes before she can’t enjoy it anymore. Both her job and her quest for sexual gratification are stymied, however, by her eager, doting mother, Meizhi (Wu Yufang), who insists on tagging along as a break from increasing loneliness and a loveless marriage that has all but dissolved.

It’s rare for notoriously conservative Chinese cinema to talk openly and honestly about sexuality, let alone from a feminist perspective, making Send Me to the Clouds a true outlier. At the same time, Congcong’s detailed characters and multifaceted physical and spiritual struggles would be a rarity in any culture because no one makes such low key comedies and dramas anymore. The tone is natural and relaxed throughout, with Congcong keeping comedy and drama in perfect harmony; leaning into the tragic situations faced by Sheng and Meizhi when called upon, but also offering both characters sharp moments of relief and catharsis. Send Me to the Clouds takes place in a dreary world where the sun almost never shines, small towns are in various states of decay, and the skylines are blotted out with omnipresent smog. It’s clear that Send Me to the Clouds is a film critical of stagnant Chinese culture and traditional attitudes towards women in the aftermath of the One Child Policy era, but it also shows that tenacity and empathy can flourish and grow under even the harshest of conditions. 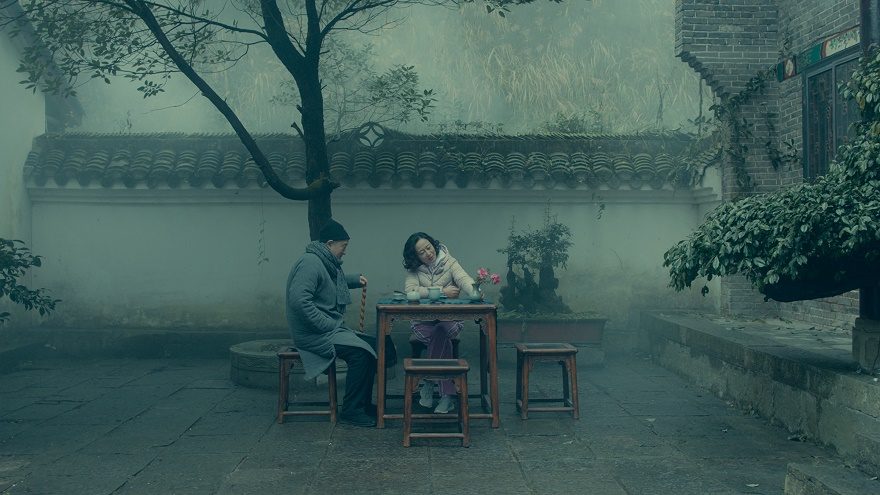 Both of Congcong’s main characters are seeking empowerment and gratification, but the writer-director never lets Send Me to the Clouds lapse into sophomoric humour or melodrama. Although she isn’t expressly looking for it, Meizhi will find solace through flirtation and conversations with her daughter’s new employer, while Sheng Nan will see her prospects for love getting worse before they get better, via her interactions with a kindly photographer who might not understand that she’s interested in sex. None of these interpersonal relationships – including the philosophical one between the younger journalist and the old man she’s sent to profile – play out according to convention, but they resonate because they feel more true to life than most movies. Sex, mortality, and empowerment aren’t the only topics on Congcong’s mind, and the first time filmmaker has effectively built an elaborate plot around characters so thoughtfully rendered that it feels like the viewer has known them their entire life.

A huge part of the film’s success also has to be attributed to Chen, who gives one of the best performances in any film this year. It’s a turn that’s likable and relatable thanks to how subtly funny the actress can be (getting more mileage out of smirks and eye rolls than most actors can get with monologues) while constantly tipping her hat to the character’s internal anxiety and heartbreak. Sheng Nan is a confident and intelligent character that any performer would love to portray, but one can’t imagine someone play the part with as much grace, vulnerability, and nuance as Chen. She has been somewhat of a known commodity in China for quite some time – appearing in everything from blockbusters to indie films – but here’s hoping that Send Me to the Clouds is seen by enough people to catapult Chen to global stardom.

Send Me to the Clouds tries to keep things light, but it builds to a complicated, unflinching conclusion that’s both enlightening and depressing at the same time. It sounds like an odd note to end a film on, but it also doesn’t feel out of place, and the reality it brings to a story that could’ve turned into simplistic wish fulfilment takes Congcong’s work to yet another level of greatness. In the end, the emotional weight of Send Me to the Clouds can’t be put into words. It’s not a happy film or a depressing one. There’s anger and criticism to be found, but it’s not a movie built upon rage. It can’t be boiled down into simple terms, and yet it will make viewers feel a flood of differing emotions at the same time. Like the best films, it’s like watching moments from one’s own life played back for them.

I hope Send Me to the Clouds reaches the largest audience possible. It’s the kind of film I would love to discuss with anyone who sees it. And I can’t wait to see where Congcong and Chen go from here.

Send Me to the Clouds opens at Cineplex Yonge and Dundas in Toronto and SilverCity Riverport in Vancouver on Friday, September 20, 2019.

Check out the trailer for Send Me to the Clouds: