Review: Linda Ronstadt: The Sound of My Voice 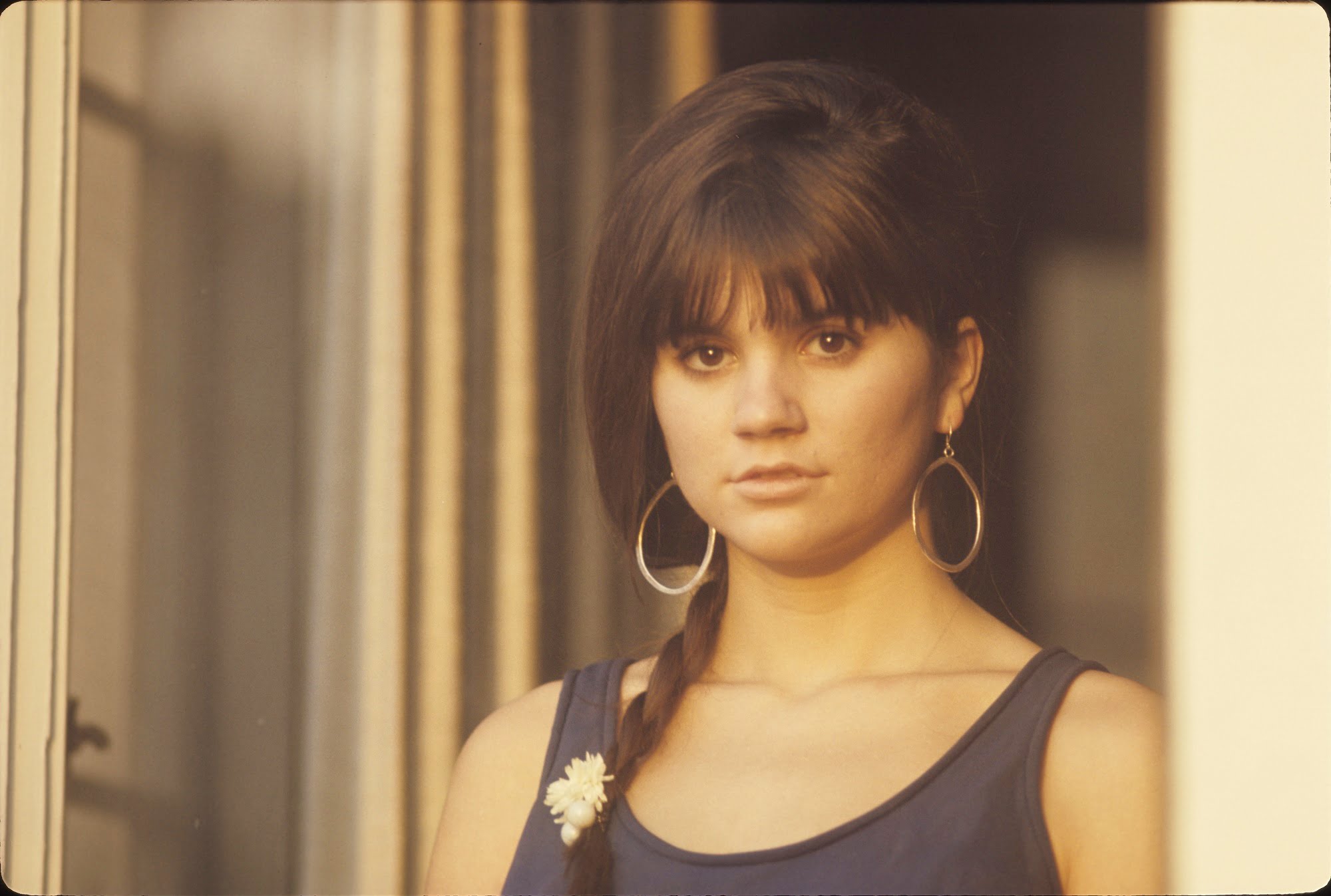 In her prime, Linda Ronstadt was an untouchable hitmaker who shattered glass ceilings and genre divides equally. Today, roughly ten years after she was forced to step away from singing altogether due to the effects of Parkinson’s Disease, her contributions to music are shockingly less celebrated, despite being the voice and driving force behind some of the most instantly recognizable hits ever created. With Linda Ronstadt: The Sound of My Voice, documentarians Jeffrey Friedman and Rob Epstein have created a thorough and engaging overview of the singers career, reminding viewers why she was so successful and how her contributions changed the game for women in the industry. It’s not a hard hitting documentary by any stretch, but both on stage and off, the outspoken and powerfully voiced Ronstadt never pulled any punches, making Epstein and Friedman’s film a valid and respectful reflection of the person they’re profiling.

Ronstadt, who grew up in Tucson, Arizona amid a musically inclined family, rose to prominence starting in the mid-1960s, following a move to Los Angeles with hopes of expanding her career. When she first made it out to the coast as part of a folk act, the mixing and melding of musical genres was starting to become more and more acceptable. After getting noticed for her powerhouse vocals and ability to make tracks in a number of different genres into hits, Ronstadt never grew complacent in her career and remained one of the recording industry’s most celebrated and eclectic talents.

Ronstadt’s early years saw her bouncing between pop, country, and rock music effortlessly, becoming the first person ever to simultaneously top the country, pop, and R&B charts with two different songs in heavy radio airplay rotation. She would extend those talents to musical theatre at the height of her popularity, earning raves for her performance in The Pirates of Penzance alongside Kevin Kline. She would then embrace the Mexican side of her roots by creating the best selling Spanish language album of all time. In the 1980s, after dropping an album of classical standards that no one at her record label ever thought would be a hit, her collaborations with the likes of Aaron Neville solidified her status as the queen of the adult contemporary power ballad, a genre that probably wouldn’t exist without her influence. If she kept going, I have no doubt that she probably would’ve given dance music or hip-hop a try. 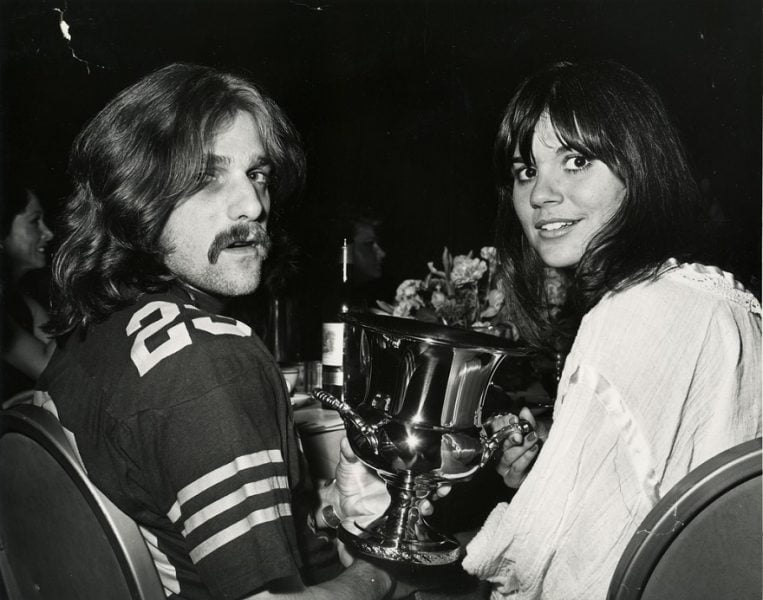 The singer guides her own story throughout Linda Ronstadt: The Sound of My Voice, primarily through newly provided narration or archival footage, occasionally handing the story off to a number of other well spoken interview subjects selected by Epstein and Friedman (The Celluloid Closet, Lovelace, Howl). Ronstadt might not be able to sing to the best of her abilities anymore, but she’s certainly open to talking about her life, and everyone else on hand to provide additional context is eager to share their love for Epstein and Friedman’s subject. Ry Cooder, Dolly Parton, Emmylou Harris, Cameron Crowe, David Geffen, Bonnie Raitt, and the aforementioned Kline and Neville are all more than willing to discuss Ronstadt’s bottomless talent, uncompromising business sense, and unbeatable work ethic. Glenn Frey, who provided percussion and backing vocals for one of Ronstadt’s first bands, flat out admits that The Eagles wouldn’t have existed if it weren’t for her, and Harris gets choked up remembering how her colleague’s humility and selflessness helped her get through one of the roughest periods of her life, following the death of Gram Parsons. Ronstadt entranced millions with her music, but Epstein and Friedman do an exceptional job of showing what the singer meant on a deeper level to those around her. Linda Ronstadt: The Sound of My Voice certainly illustrates her success, but it’s also more personal and intimate than many similar documentaries tend to get.

That intimacy doesn’t extend very much to an examination of Ronstadt’s personal life. Linda Ronstadt: The Sound of My Voice brings up her issues with loneliness, diet pill addiction, and a relationship with former California governor and presidential candidate Jerry Brown that put her outspoken political views into the spotlight. These darker or more controversial moments in Ronstadt’s life aren’t shied away from, but Friedman and Epstein are very quick to move on to less contentious issues. When former beau JD Souther is asked why they broke up, he doesn’t have an answer, and Ronstadt doesn’t seem like the kiss and tell type. In this respect, Linda Ronstadt: The Sound of My Voice finds some of its rougher edges being sanded off, but at least they aren’t being outright ignored. In their place is a well crafted look at a woman who became a feminist icon railing against misogyny in a male dominated industry that hasn’t changed much between the 70s and today. It would be nice to get Ronstadt’s thoughts on the state of the music industry today, but the film does a fine job of quietly theorizing that things would be a lot worse for women now if she hadn’t helped blaze a few key trails.

There’s plenty of darkness – both professional and personal – throughout Linda Ronstadt: The Sound of My Voice, but also a fair bit of levity, humility, and self-reflection (including the film’s subject cheekily joking about a love triangle plot on an episode of The Muppet Show between herself, Kermit the Frog, and Miss Piggy as a thing that actually happened). Ronstadt might not want to relive her lowest points in great detail, but the highs of her career seem to leave those speed bumps in the dust, and all of the highlights are handled with the grace, genuine modesty, and straightforward attitude that made her closest friends and admirers love her in the first place. It’s almost unfathomable that Ronstadt has seen her starpower fade considerably since her retirement, given her tremendous success as an artist. Linda Ronstadt: The Sound of My Voice goes a long way towards making sure that legacy is preserved and respected for generations to come.

Linda Ronstadt: The Sound of My Voice opens at The Hot Docs Ted Rogers Cinema in Toronto on Friday, September 27, 2019.

Check out the trailer for Linda Ronstadt: The Sound of My Voice: