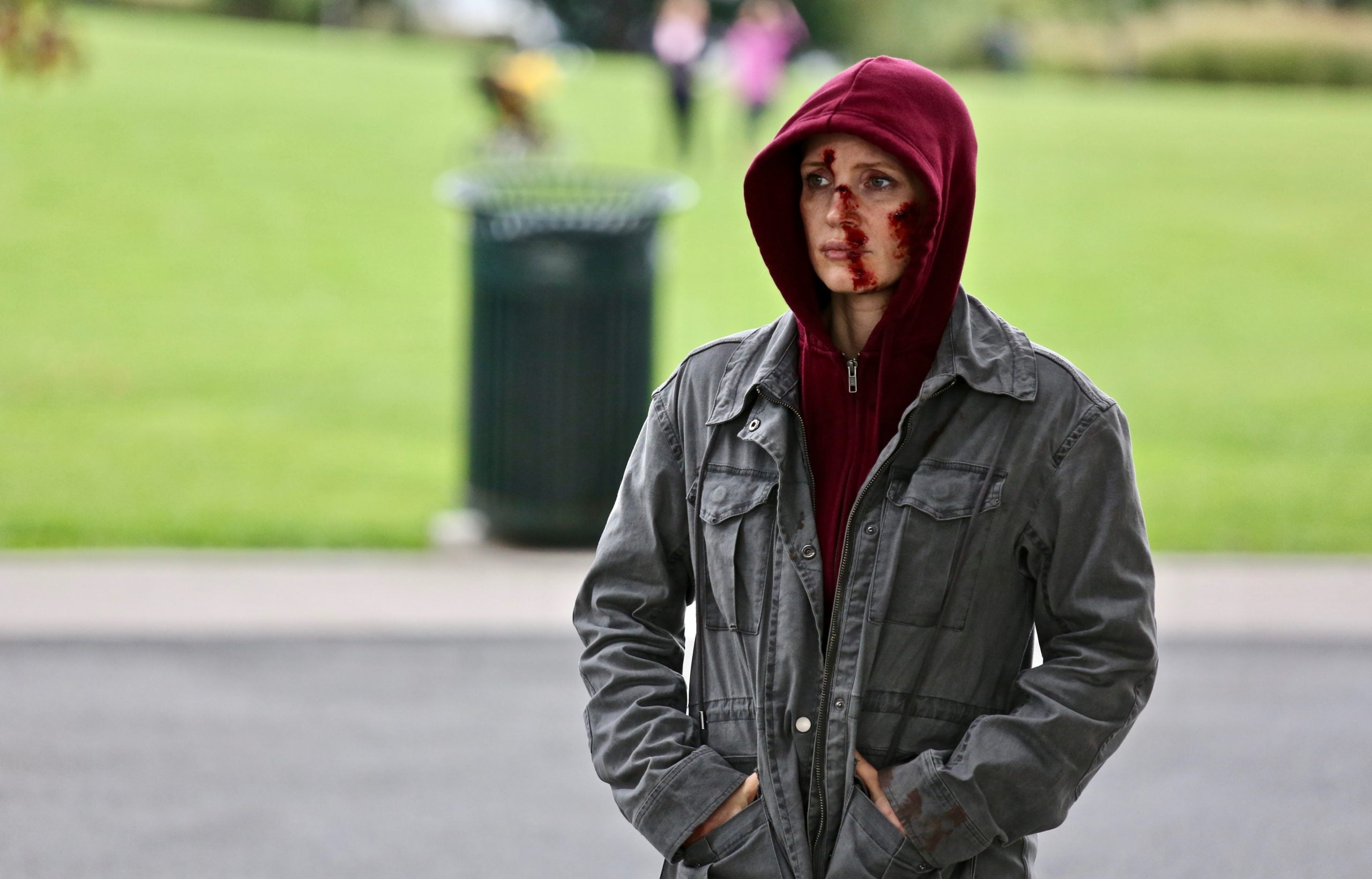 This past Friday, the action thriller Ava was released on VOD in Canada to deafening silence and with almost no promotional fanfare whatsoever. While it isn’t shocking to hear about mediocre, medium-budget action movies going straight to home entertainment – especially during the COVID-19 pandemic, where every release has gone to various streaming platforms for months now – the silence surrounding Ava is particularly curious and perplexing; almost as if no one involved with the film has any desire to acknowledge its existence.

Ava has a pretty stacked cast when compared to most VOD fare, with Jessica Chastain in the lead and John Malkovich, Colin Farrell, Common, Geena Davis, and Joan Chen all popping up in key supporting roles. It’s also the latest from director Tate Taylor, who helmed high profile films like The Help, The Girl on the Train, and Get On Up and most recently showed some genre chops with the horror thriller Ma. While it isn’t out of the realm of possibility that any of these people would have a hand in a B-movie schlockfest that somehow went off the rails and ended up skipping theatres or a higher profile release entirely, it’s a little strange that Ava feels forgotten about before it even arrives anywhere when one considers the talent involved.

Part of that might have to do with the controversy surrounding screenwriter, Matthew Newton, who stepped down as the film’s initial director after several charges of assault and domestic abuse from back in his native Australia came to light stateside. The most press that the film got while it was in production seemed to stem from coverage of Newton’s past, and now Ava reeks to some degree of a troubled project that many involved would like to keep at a distance.

But as controversial as things might’ve gotten in the press for the briefest of seconds, there’s a bigger and more obvious reason why Ava has appeared so suddenly and silently with the hope that no one notices. Ava is one of the most generic action films in recent memory, ripping off countless better assassin thrillers wholesale and giving nothing back in return. With the exception of a couple of good ideas and a general degree of competency, Ava is a stunning bore from start to finish. It’s the kind of film that will be forgotten about almost as soon as the credits roll, so in some ways it’s admirable that even its distributors seem to be greeting the whole thing with a shrug. Besides, there have been no less than four feature films titled Ava that have been released in the past five years, making it even easier to hide such a dud from even the most curious of eyes.

Chastain (who also serves as a producer) plays Ava Faulkner, a (*yawn*) highly skilled assassin working for a (*yawn*) shadowy espionage agency who (*yawn*) finds herself marked for death following a job gone wrong. Ava returns to her hometown of Boston for the first time in years to check in on her mother (Davis) following a cardiac incident. Ava also reconnects with her sister (Jess Weixler), an aspiring singer-songwriter that just so happens to be romantically involved with Michael (Common), the assassin’s ex-fiancee, who was unceremoniously dumped without warning or reason. While Ava has a friend and protector in Duke (Malkovich) – her handler, trainer, and surrogate father figure – the head of her indistinct cadre of killers (Farrell, seemingly giving fewer shits than I’ve ever seen him give in a movie to date) wants her to atone for past misdeeds with her life in a bid to tie up loose ends and limit the organization’s liability.

Action thrillers about assassins are the hot thing in Hollywood right now, so Chastain and company can be somewhat forgiven for wanting to get in on a trend, but it’s hard to believe that there couldn’t be a better story than this available. Nowhere near as exciting or playful as the likes of Atomic Blonde, John Wick, Salt, the Jason Bourne films, or nearly any other assassin thrillers you can think of that aren’t named Anna or Ballistic: Ecks vs. Sever, Ava is a film that goes through the motions competently, but with little to no effort. In fact, Taylor’s latest most closely resembles a humourless, self-serious remake of the John Cusack starring cult favourite Grosse Pointe Blank, an infinitely better movie that mirrors Ava’s overall set-up to a patently ridiculous degree.

Taylor isn’t what one would call a great director, but Ava at least looks like it was mounted by someone who knows how to make a film, despite the narrative’s complete lack of energy or urgency. It’s not slick or exciting in any way, with Taylor particularly showing no ability to inject any of the film’s stock MMA inspired fight scenes or familiar looking shootouts (including the requisite neon tinted nightclub brawl) with any ingenuity, wit, fun, or even brutality. It feels like Ava has been given the bare minimum amount of direction possible, and almost like it’s the work of someone putting in just enough work to not get fired. With the exception of the climactic struggle between hero and villain, Ava is as exciting and hard hitting as filing one’s taxes. 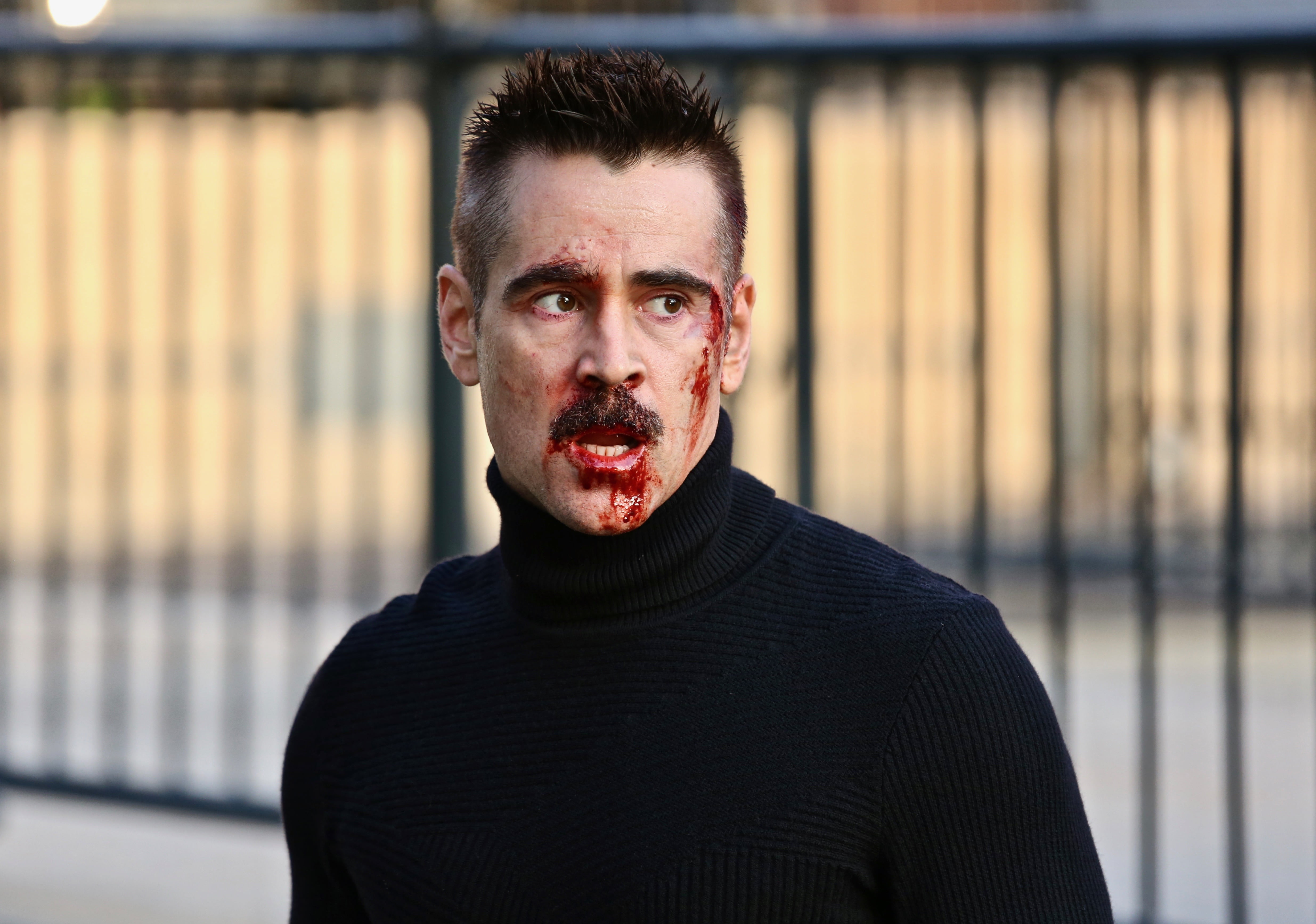 Chastain is fine as the appropriately gruff and world-weary assassin, but her performance isn’t anything that hasn’t been done by countless performers before, and it’s certainly not the best use of her considerable talent. Physically, Chastain looks and carries herself like she could take on the entire world with just her fists, but the performance is a mostly bland and empty impersonation of other action heroes. Outside of the action sequences, Ava has some interesting character touches that could be better implemented. She’s a recovering alcoholic and drug addict (all of which is tied to her complicated feelings towards her dead father) who tends to follow her own moral compass rather than that of her employers (with that last bit also coming ripped off directly from Grosse Pointe Blank, right down to the friendly banter Chastain shares with Malkovich, this film’s Joan Cusack substitute).

It’s just too bad that Chastain and Taylor can’t find anything more interesting to do with these threads other than having Ava looking longingly at the minibar in her hotel room. Ditto the “lost love” subplot, which is destroyed not only by Common’s miscasting and limited acting range in the romantic lead, but also thanks to a pointless, time wasting subplot where Ava’s ex is mixed up in an Asian gambling ring run by Chen, who seems to be having a blast and emerges as one of the film’s few bright spots. The romantic angle feels superfluous, and if Ava is the type of film that can barely keep its ridiculous, dreadfully predictable A-story together, it shouldn’t be giving its heroine half-baked side quests.

The best scenes in Ava don’t involve any action whatsoever. They come whenever Chastain is opposite Davis and Weixler acting like an estranged part of a family unit or moments where she’s bantering with Malkovich’s kindly mentor. There’s a degree of humanity, camaraderie, and warmth in these scenes that’s lacking in the rest of the movie, and Chastain is able to effortlessly keep pace with her costars whenever the script isn’t calling for her to kick the snot out of someone. Maybe the best version of Ava is something closer to a domestic dramedy than an action movie. Maybe it should’ve ripped off Grosse Pointe Blank a little more than it already does. Maybe this film wasn’t worth the trouble of making it at all.

Ava is now available on VOD in Canada.

[…] went wrong. I’d be tempted to say that the latest film from director Tate Taylor (The Help, Ma, Ava) is cut from the same cloth that dozens of Tarantino and Coen Brothers knock-offs were in the late […]