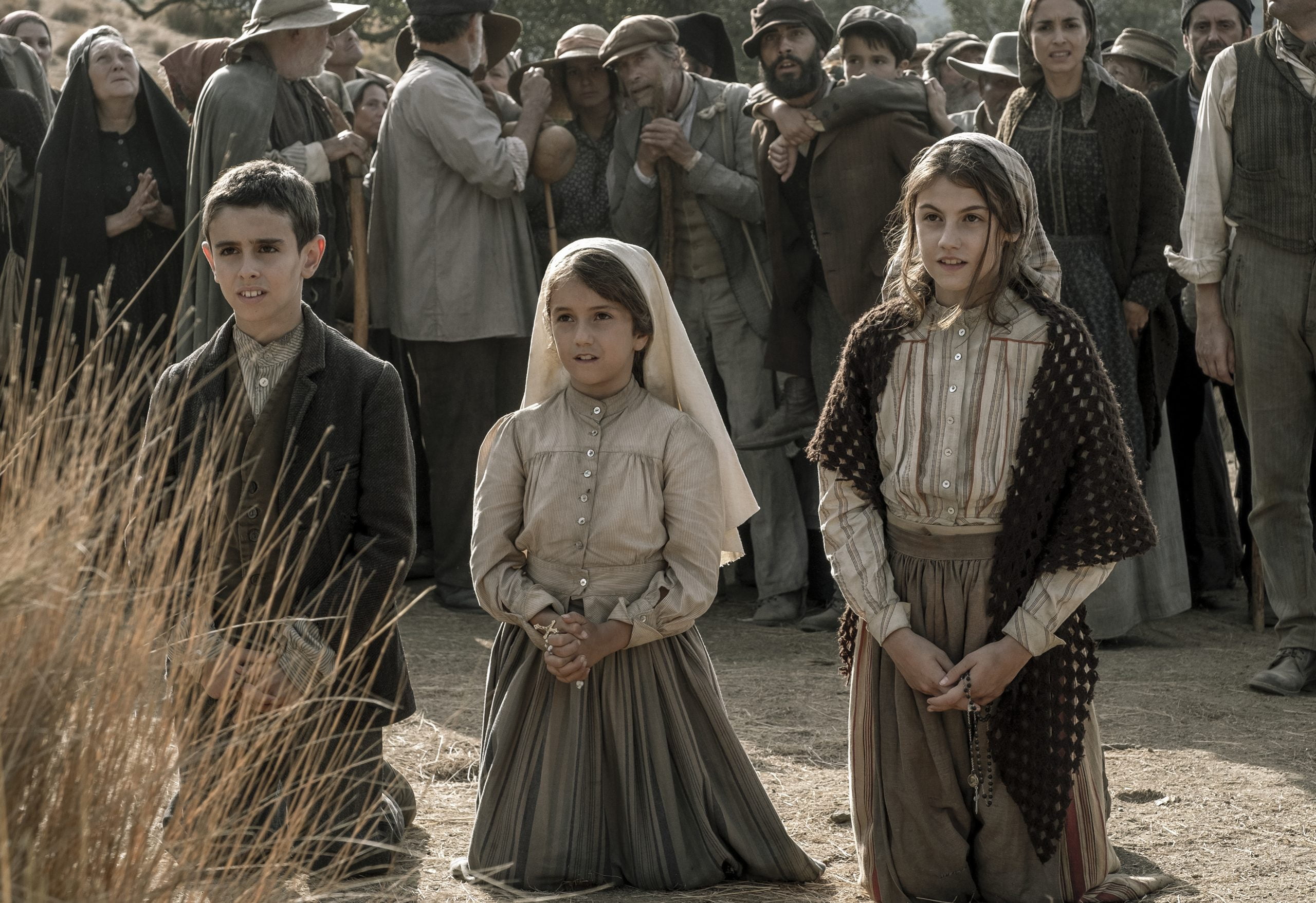 The faith based drama Fatima is the kind of slight misfire that could’ve been a lot better if it had a couple of major tweaks and a little bit more money behind it. This multinational co-production that comes boasting a message of love over division should’ve been a soothing balm for the Christian (and more specifically, Catholic) faithful, but the best ideas in Italian filmmaker Marco Pontecorvo’s Fatima are often undone thanks to obvious limitations and a dumbing down in spite of some rather intelligent bits of storytelling and theorizing. It’s not a film that needs to repent for its sins by any stretch, but it’s also an intriguing story with big ideas stuffed into a lacklustre package. Fatima doesn’t lack in conviction, or even in smarts, but it falls short in too many other respects to work beyond preaching to the already converted.

Fatima – which is based in part on real life events – is told from the perspective of Sister Lucia (Sonia Braga), an elderly nun who’s helping a skeptical professor (Harvey Keitel) write a book about faith and miracles, offering her story of witnessing and participating in something divine. During World War I in the titular rural Portuguese community, then ten year old Lucia (Stephanie Gil) and her cousins, Jacinta (Alejandra Howard) and Francisco (Jorge Lamelas), insisted they were visited by a vision of the Virgin Mary (Joana Ribeiro) while tending to their flock of sheep. Mary tells the children they must return to the same site on a regular basis to pray for peace and an end to the war. When the kids start telling adults what they witnessed, most of their parents and townspeople don’t believe them, with a local priest (Joaquim de Almeida) and the mayor (Goran Visnjic) branding them as dangerous liars who need to immediately recant. But for many people living in a country where their sons have been shipped off across Europe to die in the war, the notion of Mother Mary coming to visit their corner of the world offers some much needed hope in dark times, leading thousands of Christians to make pilgrimages to the site.

At the outset, Fatima isn’t afraid of asking faith based audiences some tough dogmatic questions. Although it’s primarily a story that can help to explain why people often turn first to God in times of immense crisis – as evidenced by Lucia’s family, who are “sacrificing” themselves to God in hopes of their son’s safe return from battle – Fatima also asks viewers to examine and be critical of the power structures that determine tenets of faith and what constitutes a miracle. While Keitel’s more modernist skeptic isn’t a believer, he seems vastly preferable of a character when compared to the church leadership that seeks to repress the childrens’ account. The town priest and mayor are skeptics of a different kind, and arguably worse. They shape the faith of many thanks to the power they control. Anything outside their purview is a threat to their standing in the community. While they seem justified by their condemnation, they’re forgetting to ask themselves the bigger picture questions of what defines faith and what constitutes mere superstition. And while the children can’t explain why God spares some during wartime and leaves other families broken, they’re doing more by rallying around the appearance of Mary than most of their adult counterparts. 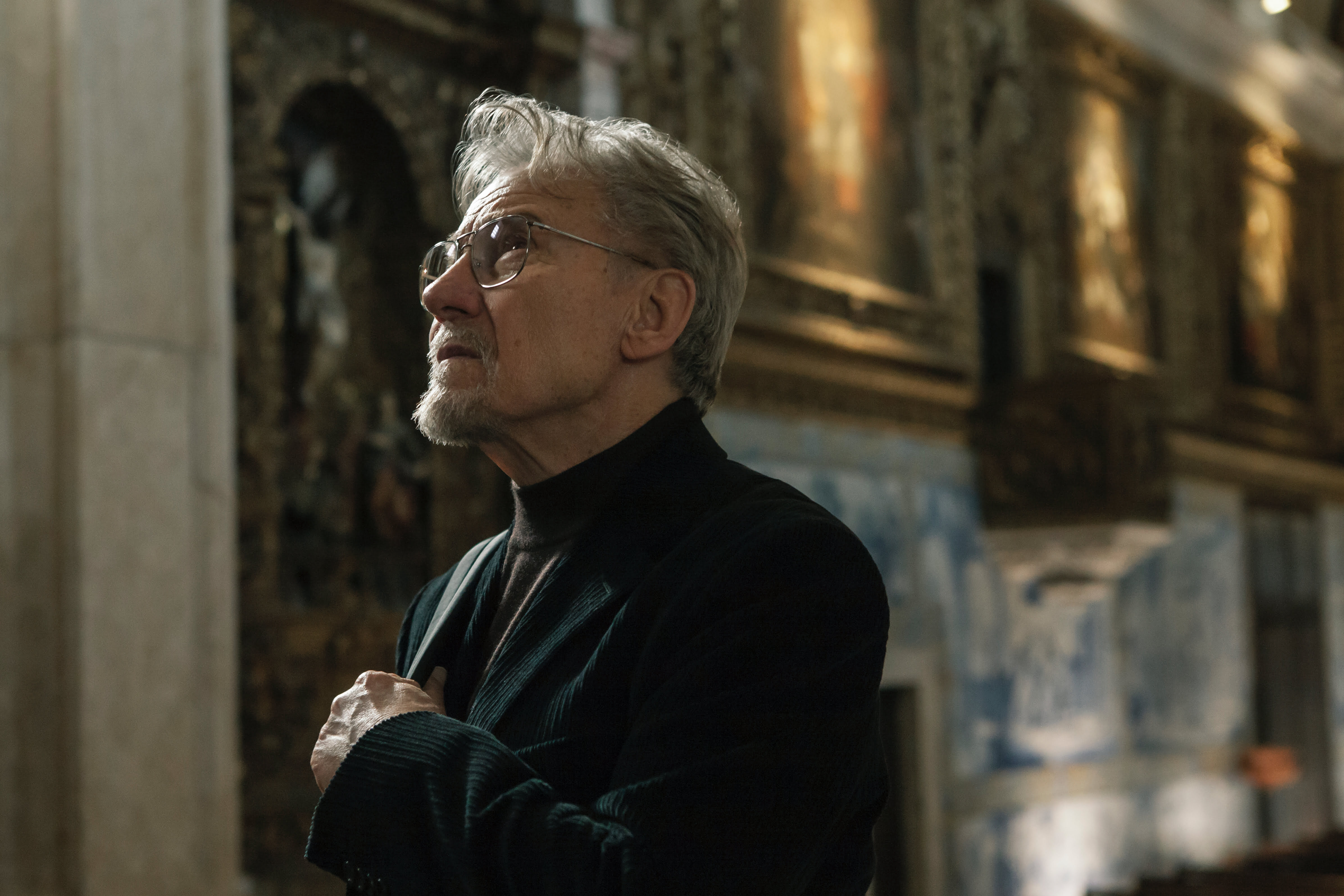 These threads are fascinating to think about, and thanks to director and co-writer Pontecorvo’s background as a cinematographer, all of the costumes and sets look rather stunning, but on the whole Fatima is severely lacking. With the exception of the children who are rather exceptional, the casting choices range wildly in terms of appropriateness and quality. Some of the adults seem to be struggling with the language of the script, while others feel out of place and unable or unwilling to connect with a story that requires a great deal of emotional conviction. None of the adults are very convincing, either coming across as good for the sake or being good or merely petty and insolent.

The problems the cast face could stem from the repetitive script’s uneasy balance of realism, preciousness, and the ethereal. From moment to moment, it’s hard to guess just how seriously Fatima can be taken, and unfortunately many moments that should be rousing and spiritual are cheap and hokey. Hobbled by terrible editing, poor stylistic choices, and cut rate visual effects, the miracles portrayed in Fatima drag the film down like a millstone. One particularly brutal moment of violence that’s glimpsed in a vision Mary – designed to show what happens to sinners who don’t repent – is filmed in a herky-jerky form of slow motion that fails so spectacularly that it derails the film. Sadly, it’s not the first or last time the overall cheapness of Fatima loses hold over the audience, with the film devolving into curiously tone deaf monotony before the climax falls well short of seeming miraculous.

By almost every narrative, emotional, or technical metric, Fatima struggles to meet the expectations of most good motion pictures, but as of late faith based audiences haven’t quibbled over the details of their beliefs coming to life on screen. And yet, despite not being that great of a movie, Fatima still offers those most likely to see such a film some food for thought. It’s effective at making people ponder tough, existential questions just outside the margins of the story, but this won’t move anyone who doesn’t already believe the story.

Fatima is now available on VOD in Canada.