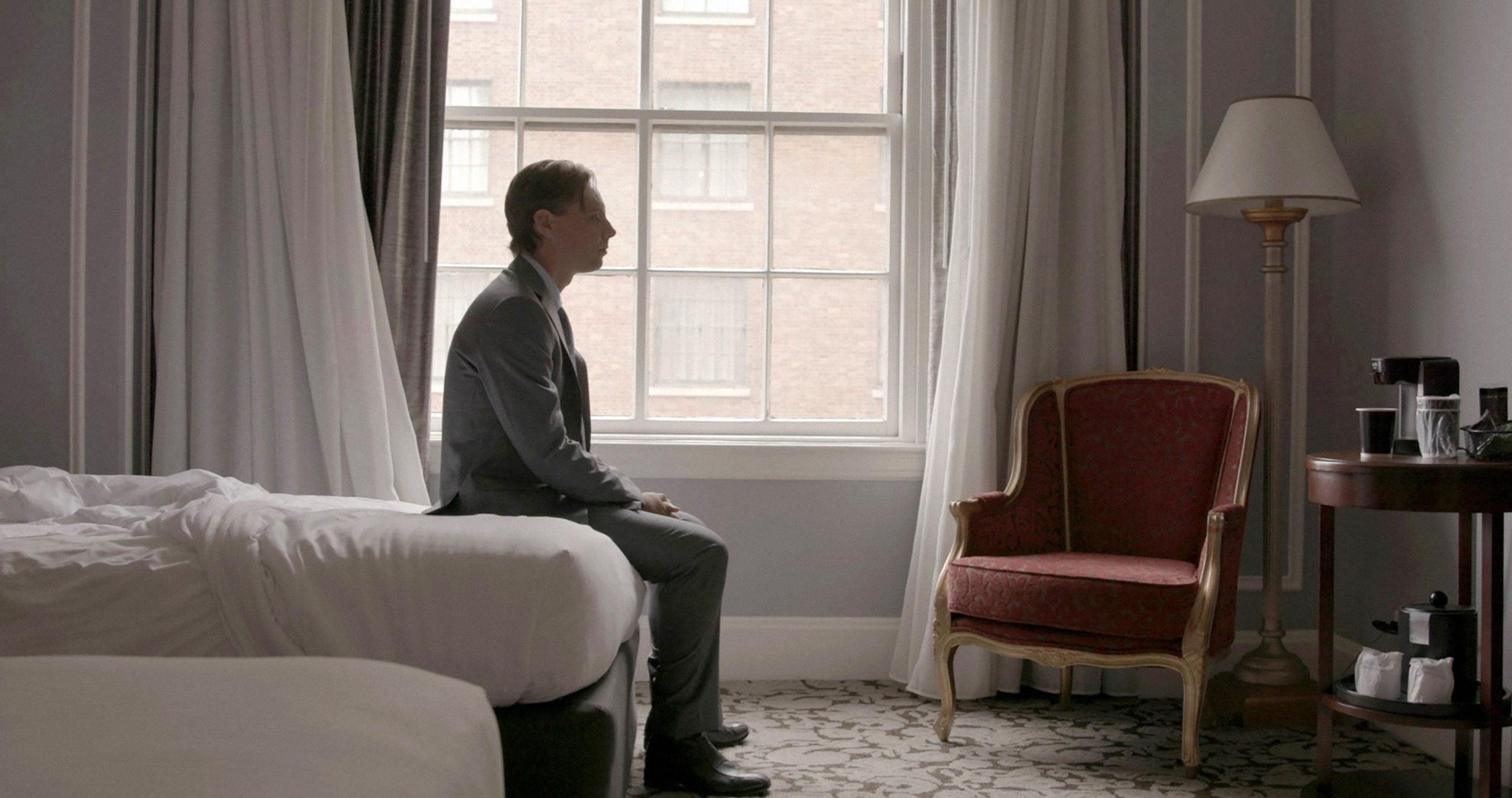 An insightful, but raggedy look into the dangerous and ridiculous ways that internet memes have shaped public discourse for the past two decades or so, Feels Good Man will leave viewers with plenty to think about as they shake their head in shame and disillusionment. The first feature length documentary from the directorial team of Arthur Jones and Giorgio Angelini examines the rise and fall of the unofficial “mascot of the internet” Pepe the Frog, and how its creators’ well intentioned character was gradually co-opted by the alt-right and hate groups as a rallying and unifying symbol.

Artist and writer Matt Furie seems like a pretty laid back guy and loving family man when separated from the firestorm of controversy and vitriol he unwittingly created. A former thrift store worker from San Francisco, Furie began posting some comics based around previous experiences and people he knew to Myspace back in the mid-2000s, eventually parlaying these silly sketches of daily life into a series of comics known as Boys Club. Not long after he started sharing his comics, Furie and his friends started to notice certain people on the internet we’re latching onto the visage and unlikely catch phrase spouted by one of the cartoonist’s favourite creations, Pepe the Frog, the “little brother” type in his array of animal characters. It started innocuously enough, so Furie – not wanting to damage or sue other artists – let the memeing of Pepe carry on unabated. But like many things on the internet, the co-opting of Pepe took a gradual turn towards the dark side, often being used by trolls, malcontents, and white supremacists as their mascot. By the time Furie decided that something had to be done about Pepe’s newfound status as a symbol of hate (literally categorized as such by the Anti-Defamation League, with the his name firmly attached to the image), it was likely too late to turn the tide of internet history, but the artist maintains hope that he can reclaim the mopey looking frog as an avatar for love and peace.

While it isn’t a perfect examination of internet culture and a lot of tough questions remain unanswered, Feels Good Man nicely encapsulates what happens when a joke is taken too far. As explained by director Jones (who also delivers gorgeous animated interludes) and writer-cinematographer Angelini through their interviews with various scholars, observers, and consumers of internet culture, memes have always existed in different terms and various forms. They’re a curious and inescapable part of human evolution; inextricably linked to language, capitalism, and social graces. Memes are often used to describe indescribable feelings or as a form of anxiety release. Feels Good Man traces Pepe’s use in a form of the internet that feels like a lifetime ago – when the character was a generally innocuous presence – to the various ways that internet messaging boards turned it into a symbol for the wrong sort of disenfranchised person. Pepe went mainstream in the worst way, first by being aligned with “neets” as a way to rail against “normies,” then gradually by “trolls” who hide behind the justification that everything they say or do is a joke and there’s no proof to the contrary. From there, the alt-right embraced the increasingly gross, hateful, and boundary pushing Pepe memes as gospel, missing the “joke” of the “trolls” entirely, blurring the lines between internet nihilism and outright racism and intolerance while hiding firmly behind the First Amendment.

Feels Good Man is a depressing and only fleetingly and darkly amusing experience, but then again, so is much of the internet these days. Jones and Angelini take their time tracing Pepe and Furie’s roots, while giving a cursory, but necessary look at how extremism can take root in people who spend far too much time on the internet, and the various ways that rage and contempt can act like a virus. Thanks to the internet, society has become a cut and dry landscape where only winners and losers exist, fostering bitterness and obliterating objective truths in favour of easier to swallow false narratives. There are few better ways of reaching the widest audiences possible than through an internet meme, and Furie’s easily copied and rudimentary sketches made it easy for most people to adopt the frog for their own agendas. 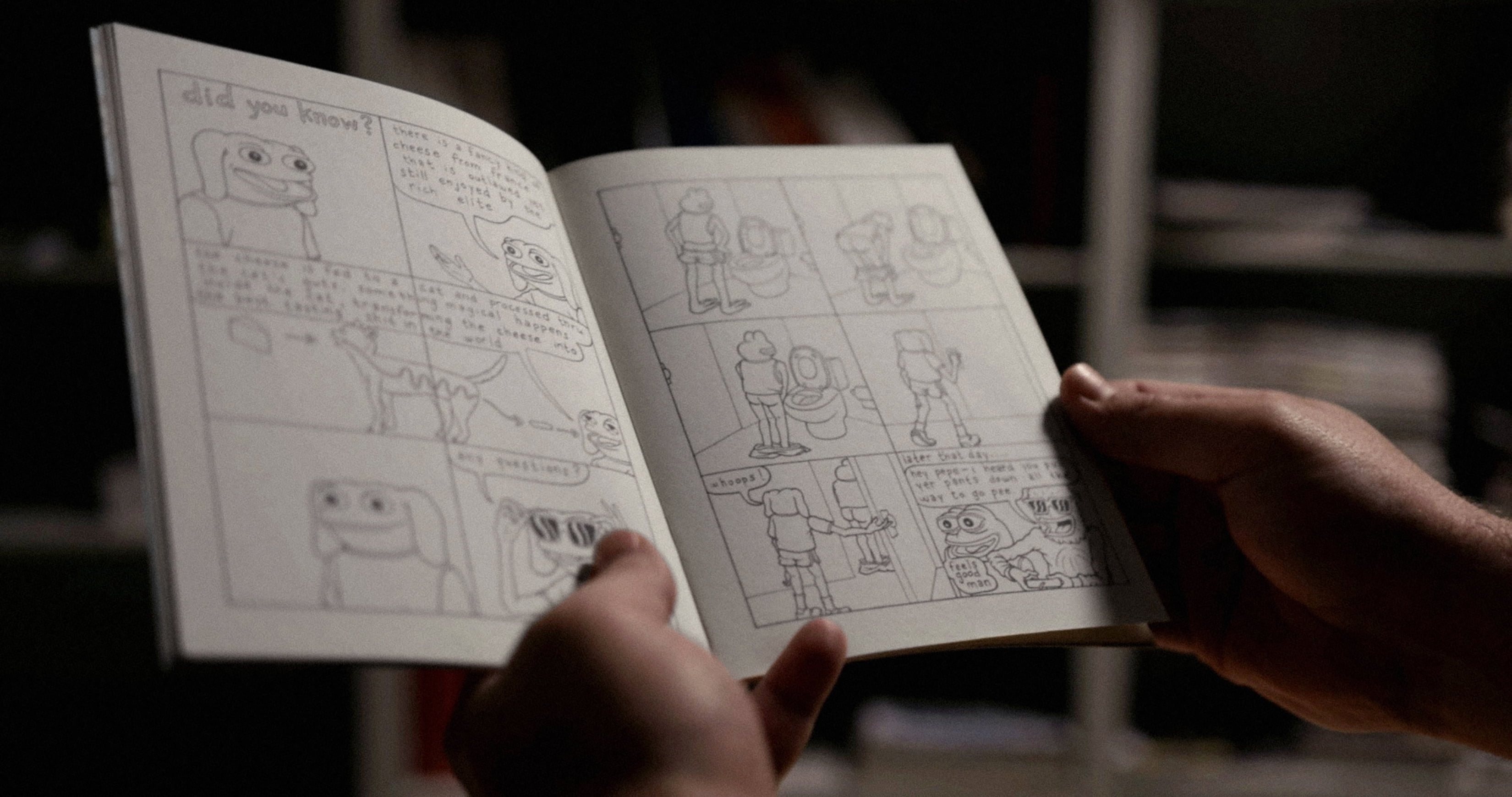 That mutability of culture is very well explained in Feels Good Man and stands as the best cautionary tale Jones and Angelini mount throughout the film. Less successful is the picture that’s painted of Furie, who’s sympathetic enough, but comes across as almost too naive to be believed. It’s easy to wonder why Furie let things get as out of control as they did outside of a laissez-faire approach to art. There’s only a couple of Furie’s colleagues profiled throughout Feels Good Man that are on hand to suggest that Matt should’ve sued on copyright grounds many times over in the past, but the creator is either reticent to speak freely on the subject or he still hasn’t fully processed the enormity of the situation. Furie, despite starting out more or less as an internet cartoonist, seems clueless as to how things got to the point of no return for Pepe. While it’s clear Furie feels tremendous guilt and remorse, Feels Good Man stumbles when trying to get its subject to answer some of the toughest questions about his role in allowing his creation to be co-opted. It’s a bit like watching a bomb being dropped from a plane and then cutting immediately to the rubble left in its wake, completely negating to look at the explosion itself. Then again, that might be the most traumatic part of the whole situation, and for that Furie has my own personal sympathies.

There’s also a curiously unexceptional thread that fails to adequately look at the business side of Furie’s problems, especially when one notes that Pepe has become an unlikely form of cryptocurrency that some savvy investors have been able to turn into millions of actual dollars. Whether or not the film means to, Jones, perhaps unwittingly, frames Furie’s troubles as something that arose when the artist was trying to pivot into becoming a children’s book author. There’s definitely a subconscious suggestion throughout Feels Good Man that Furie only stepped up his efforts to reclaim Pepe once it looked like the character’s new alt-right connotations were about to hurt his bottom line (not to mention that Furie’s personal politics outside of general disgust with the situation aren’t talked about). Once people like notorious conspiracy theorist and dodgy supplement hawker Alex Jones (seen here giving a memorably awkward and moronic deposition in one of the few trademark cases the film’s subject brought forward) start making money off Furie’s creation without consent, only then does it seem like something is being done about it. This could be a major shortcoming of the editing and structure of Feels Good Man, and there’s probably more to the story than all parties involved with are letting on, but it does leave a bitter and curious aftertaste to the film.

Problems with the overall construction of the film and the dangling questions that remain aside, Feels Good Man (which picked up an award at Sundance earlier this year for emerging talent) offers viewers a great glimpse at how the internet can cause nearly anything to spiral out of control. Throughout the film, people are constantly telling Matt that it’s too late to put the genie back in the bottle, and sadly those observers and advisors are right. Attempts made by the artist to reclaim Pepe’s once innocent image are floundering (despite what Jones’ overly happy ending suggests), and even “killing off” the character didn’t make a lick of difference. It might be too late for both Furie and humanity in general, and Feels Good Man is an adequate and mournful ode to the internet, the ultimate uniter and destroyer of worlds, psyches, and all things innocent.