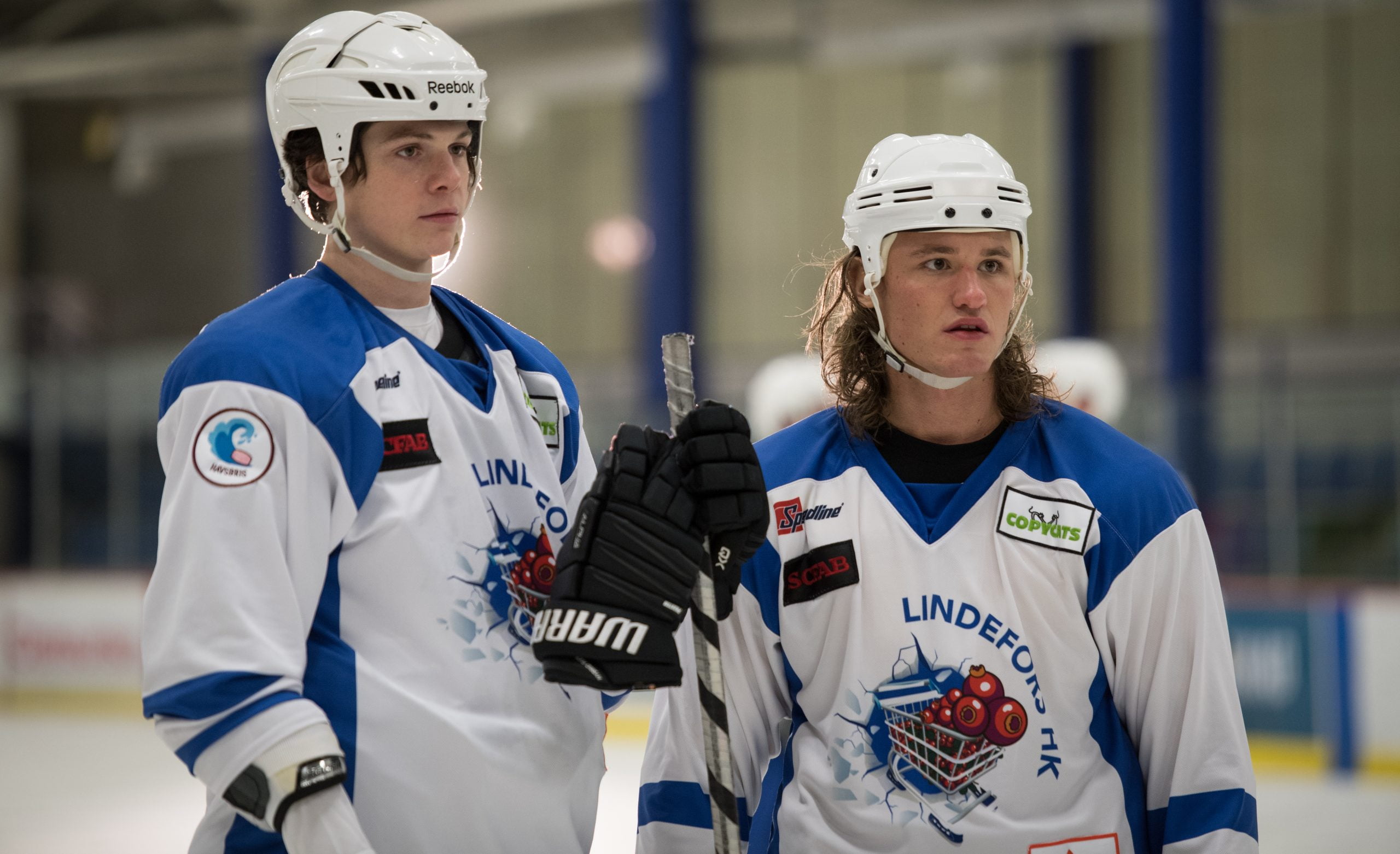 A low-key and charming blend of sports, comedy, drama, and a dash of romance, Odd Man Rush is a pleasant indie movie surprise that feels more like a character driven slice of life story instead of an endless parade of genre cliches. It might not ascend to all-time sports movie greatness thanks to its admitted lack of high spots and cheer-worthy moments, but what it lacks in manipulative, crowd pleasing cliches it makes up for in unforced authenticity. Based on the autobiographical book of the same name by former hockey player Bill Keenan – who serves as a co-screenwriter here – Odd Man Rush is the rare sort of sports film that isn’t about winning or losing. It’s about simply existing.

Before a nagging spinal injury derailed his university career playing for Harvard, Bobby Sanders (Jack Mulhern) was a top NHL prospect. Now (meaning 2012 when the film takes place), Sanders finds himself being traded from a small hockey club in Germany to an even smaller one in Sweden. In some ways, Bobby’s trade is a promotion. He’ll be a bigger fish in a smaller pond. Despite the chance to be a minor star to some in a sport he loves, frustration with a lack of greater success is starting to settle in. His teammates are a mixture of goofballs with talent, burnouts, and fallen stars from all over the hockey world.

There’s not much of a concrete story to speak of in Odd Man Rush, nor is it particularly needed. Narrated by Bobby – almost always via direct address to the camera and audience – director and co-writer Doug Dearth and Keenan are more focused on the experience than creating a trumped up narrative revolving around heroes and villains. Similarly, the kooky cast of characters and their off ice antics are never too outlandish for Dearth’s film to be unfavourably compared to the likes of Slap Shot or Goon. There’s very little hockey to be found in this hockey movie, but in its place is a more personal, resounding and intimate story about trying to live up to one’s potential. It contrasts nicely to the film’s low budget, which is perfect for a movie about supposedly “minor” sporting leagues. Those expecting a film packed with meaningful championship games and nail biting buzzer beaters will likely be disappointed, but anyone in the mood for something that actually cares about the people on the team as human beings should be delighted by Dearth and Keenan’s approach. 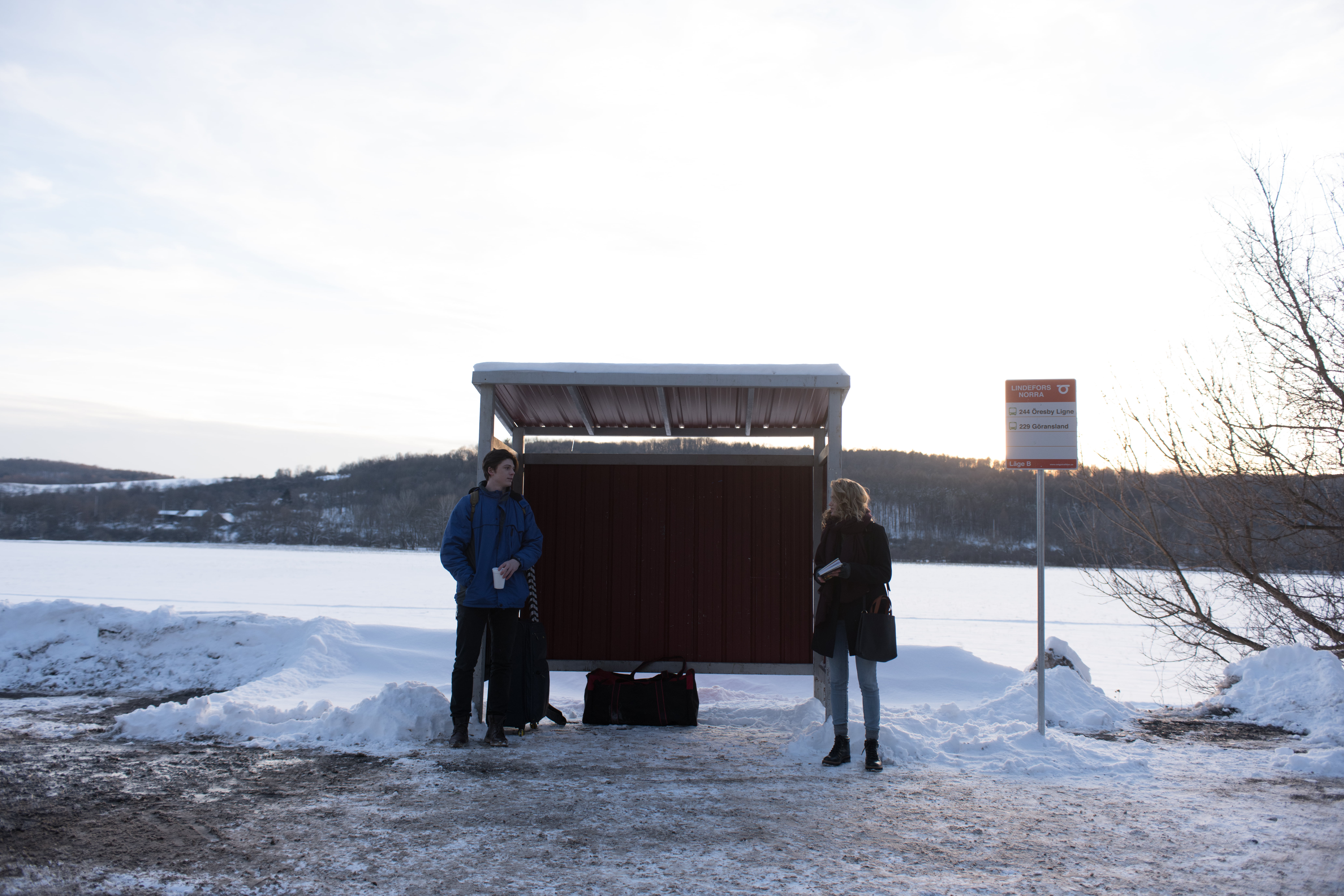 A big reason why Odd Man Rush succeeds is a strong leading performance from Mulhern, who has plenty of great material to work with and enhances his character with just the right balance of cockiness and vulnerability. Unlike most jocks going through a rise and fall character arc, Bobby is quite likable and relatable, and Mulhern plays the character like a reflective and well-rehearsed storyteller; an old soul in a young man’s body.

Odd Man Rush might be a sports movie at heart, but the overall arc of a well trained professional who keeps failing sideways due to circumstances beyond his control is a universal one. For almost every player on this team, it will be their last shot at making a go of things professionally. It’s somewhat amazing to think of how few sports movies adopt this as a plot when it’s something most creative types and people in the business world struggle with on a daily basis. It’s easy to get on side with the plot of Odd Man Rush even if you don’t particularly like hockey or sports movies in general. (I also have to give it major points as a fan of both hockey and movies for a scene where Bobby delivers a somewhat obscure, critical takedown of a scene from D2: The Might Ducks that has bugged me since I was a kid.)

A good deal of Odd Man Rush revolves around the relationships Bobby has fostered along the way, including ones with a fellow American teammate (Dylan Playfair) who’d rather be gambling than practicing, his once great and now eternally nonplussed coach (Caspar Phillipson, a scene stealing revelation here), and the best friend back home (Trevor Gretzky, son of Wayne) who’s well on his way to achieving their shared dream of NHL success. All of these side characters help to enrich and inform Bobby’s view of his chosen profession and the world around him, but a good chunk of Odd Man Rush revolves around a budding love story between the young man and Elin (Elektra Jansson-Kilbey), a local girl who almost instantly takes a shine to the new hockey player in town. It might not be the best love story subplot one could’ve woven into this material, but the chemistry between Mulhern and Kilbey is gentle, sweet, and unforced, making their relationship seem necessary to the story rather than tacked on.

Odd Man Rush doesn’t quite come in for an easy landing, offering up an ending that feels like an abrupt conclusion followed by a couple of epilogues, and yet there’s something that still rings true in the way Dearth wraps things up. It’s a film that aims to entertain first and foremost, but it also feels true to Keenan’s experiences and travels in ways that few sports movies achieve. There haven’t been too many sports movies yet in 2020, and probably just as few yet to come, so I can safely say that as of right now Odd Man Rush is the best in the genre this year.

Odd Man Rush is now available on VOD in the US and Canada.

I liked the movie but did not like the ending at all because it did not leave anything to imagine. It was like, ok no more money let’s end the film.