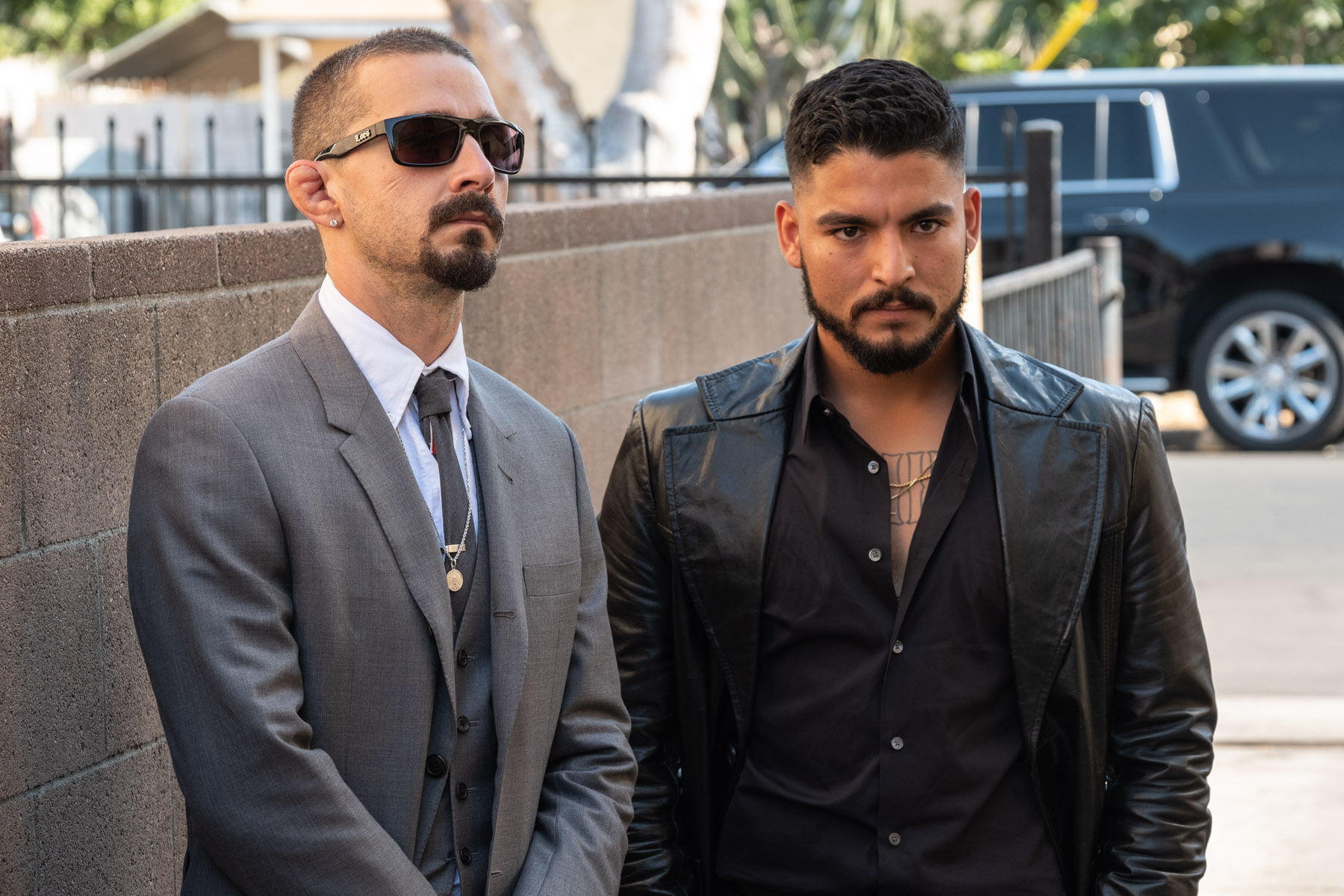 Despite a few bright spots peppered throughout, The Tax Collector – the latest film from writer-director David Ayer – is a drab and ugly mess both visually and tonally. A morally fluid modern day exploitation film set against a criminal underworld that Ayer likes to return to time and time again, The Tax Collector delivers on promises of beatings, beheadings, and buckets of blood with very little originality and only a dash of style. It’s a slog to sit through and a bit disheartening to watch how little Ayer has progressed with his return to independent cinema after some dalliances with big budget blockbusters, but some strong performances and a couple of interesting thematic threads keep this from being a total washout.

David Cuevas (Bobby Soto) spends his days driving around the streets of Los Angeles with his imposing and mentally unstable right-hand man Creeper (Shia LaBeouf) collecting 30% “taxes” from small, medium, and big time crooks on behalf of his gangland boss “The Wizard” and his band of “big homies” at the top of the underworld hierarchy. David and Creeper have a low-key “good crook, bad crook” routine that has served them well for years, with the latter providing the menace and muscle and the former being the person to tell those who won’t pay up exactly how painful their lives are going to become if they don’t wise up in the calmest possible voice. David is also a devoted family man, and his partner, Alexis (Cinthya Carmona), helps to keep track of all the money coming in and going out. Since “The Wizard” is currently imprisoned, a new occult practicing menace (Jose Conejo Martin) has begun to rise up and take over, putting David and his family in grave danger.

Ayer (Suicide Squad, Fury, Bright) adopts a favourite, but predictable storytelling structure that he doesn’t deviate from with The Tax Collector. Ayer likes to indulge himself a bit off the top, spending about thirty minutes or so letting the viewer get to know the characters and set their stage before launching into the actual plot of the film. Despite not really being taken or moved by most of the films he’s made, Ayer deserves a lot of credit for being one of the few filmmakers frequently working in “disreputable” genres to put some degree of care and emotional intelligence into his stories. The Tax Collector is not much more than a modern day exploitation picture, but it’s produced by someone who at least cares how films are made, lending all the blood letting, machismo, and nastiness a pronounced degree of credibility.

The Tax Collector is an unabashed callback to the crime thrillers that established Ayer’s early career, most specifically his screenplay for the highly overrated and inexplicably celebrated Training Day, which this film shares some direct links with despite not being a sequel in any way. While this one is both more plausible of a narrative and not nearly as polished of a film as that was, The Tax Collector at least shares the best aspect of Training Day: offering good actors a chance to shine and rise above the material. 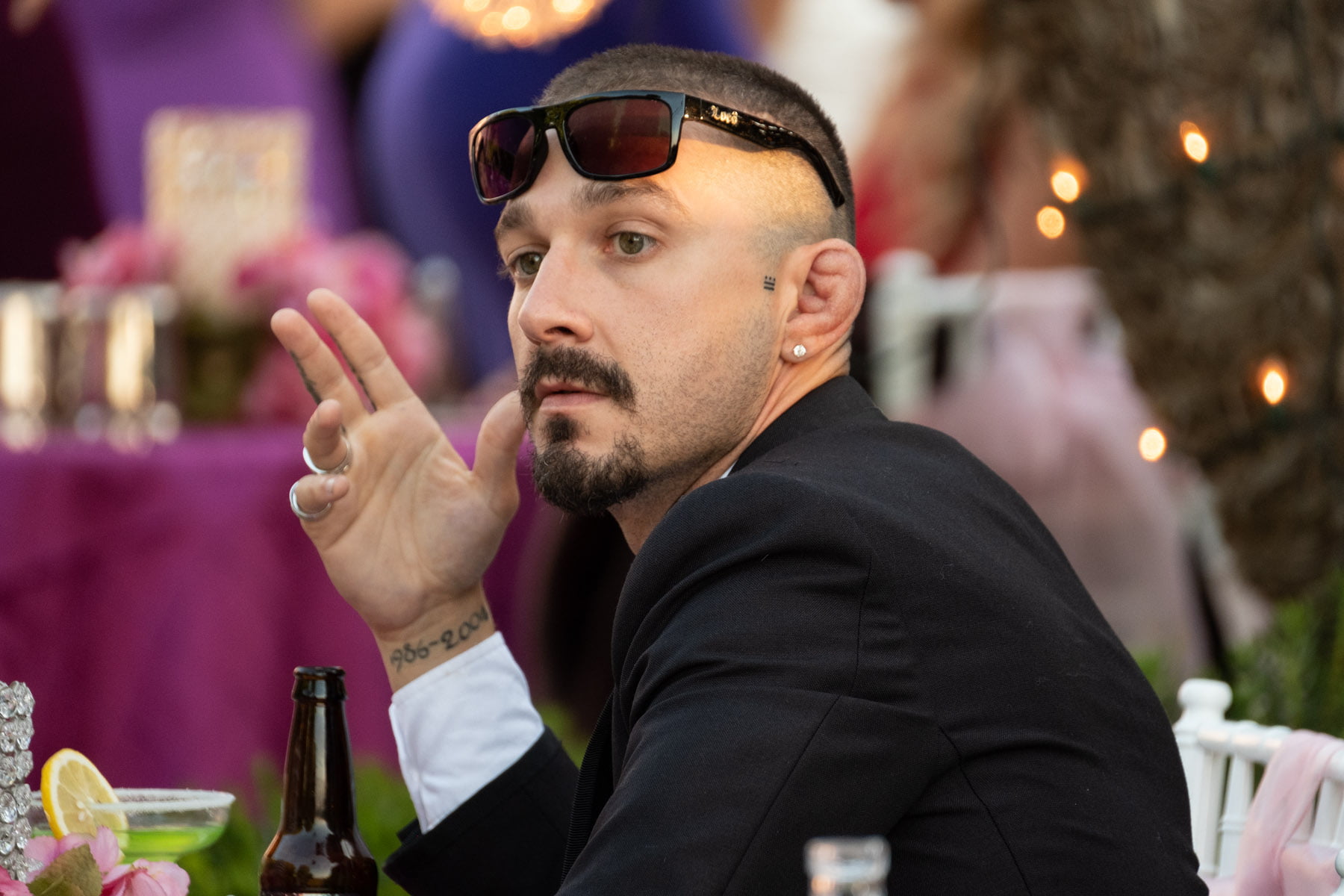 Soto is commanding and convincing as the titular character, and he has great chemistry alongside Carmona, LaBeouf, and George Lopez, who pops up in a nice little against-type performance as David’s criminally connected uncle. Soto is able to build a lot of sympathy for a nasty character with a pronounced moral compass. David is complicated in that he carries out “street justice” on a regular basis, but his motivations and sense of right and wrong are reasoned and nuanced. It’s a great character to build a film around, but it’s disappointing that Ayer’s story doesn’t live up to its full potential. One wishes that David had something better to do than shaking down hoods and eventually having to fight for his family’s life. The setting and characters are so much more interesting than the actual plot that it’s hard not to be underwhelmed by The Tax Collector.

LaBeouf is miscast as either a malcontent chicano or a latinex wannabe (it’s really hard to tell from the writing), but the actor – who also looks somewhat like a younger version of Ayer here with cauliflower ears – brings some eccentricity to a role that could’ve easily been played as a stock psychopath. He provides a nice counterpoint to the film’s villain, played by Martin with appropriate scenery chewing aplomb to spice things up. Still, outside of what the actors bring to their roles in terms of nuance, there isn’t much to talk about outside of the obvious.

The Tax Collector is nothing if not efficient and plentiful when it comes to the barrages of bullets and bloody, brutal beatdowns, but it’s also bland and boring. With the exception of a well executed slow-mo shootout and a torture sequence so nasty and cartoonish that it feels like it was guest directed by Rob Zombie, The Tax Collector is a film lacking in any real sense of style. Leaning too heavily into So-Cal haze, Ayer’s style here is drab and colourless outside of his casting and material. Needlessly choppy editing doesn’t help matters, either.

The biggest problem might be that a story about the ins and outs of gangland bureaucracy and finances isn’t all that interesting. It’s about as riveting as watching… well, a tax collector. It’s a film that has more interesting moments and details than it is something worth investing in. The Tax Collector is the type of film and story that Ayer seems most comfortable telling, but that might be why this isn’t an effort that pushes itself to go the extra mile.

The Tax Collector is available on VOD in Canada (English language only) starting Tuesday, September 8th, 2020. (The French language version will be available on October 6th, alongside the DVD and Blu-Ray release.)