Review: I Am Woman 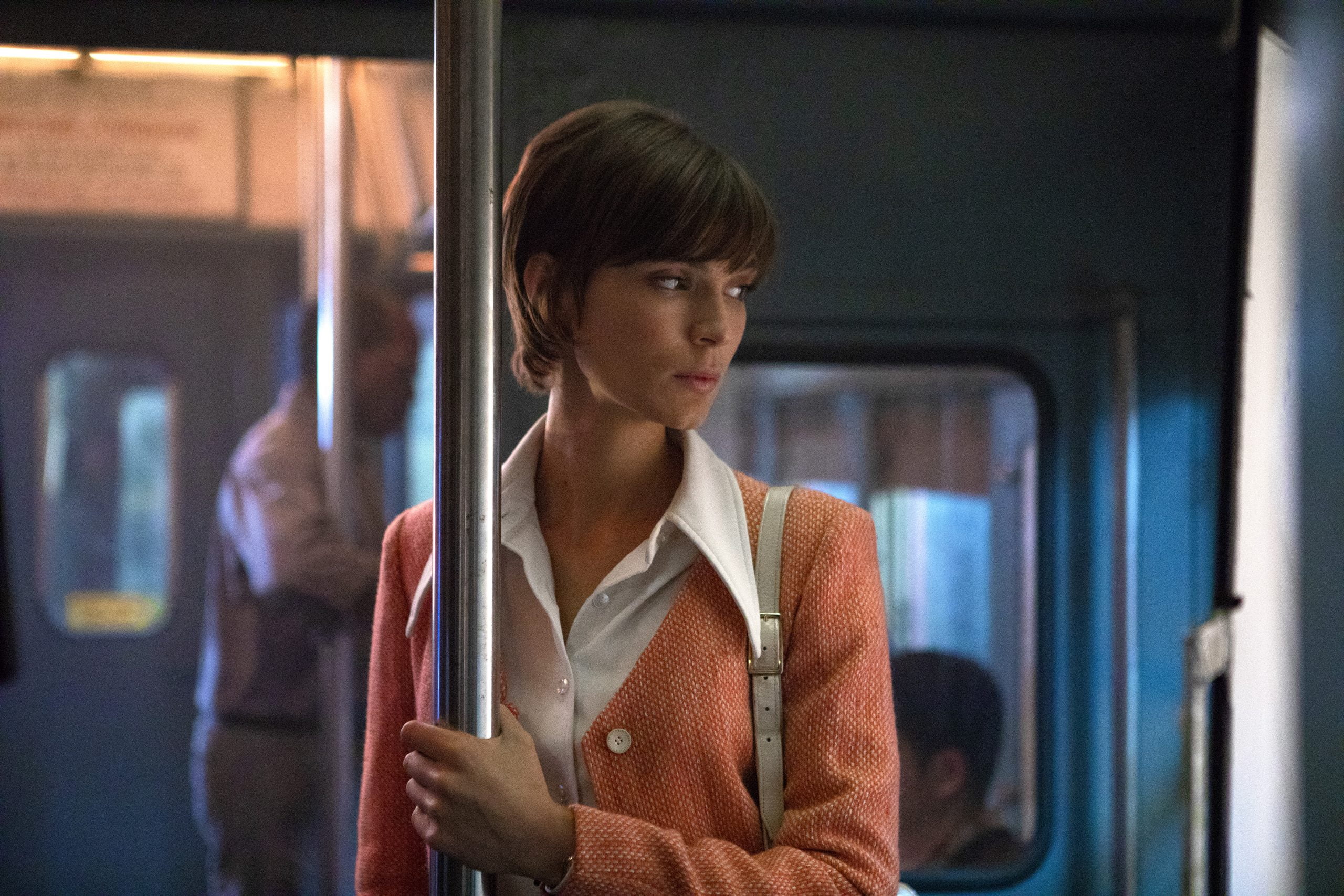 Despite being cut from the same cloth as dozens of other musician biopics released over the past several decades, I Am Woman, a look at the life and career of Australian icon Helen Reddy, carries enough intelligence and emotional heft to rise above many of its contemporaries. The standard “struggle, rise, fall, and rise again” template is perfectly intact throughout I Am Woman, but the social, personal, and political ramifications of Reddy’s work make her an interesting and worthy person to examine, and one whose life is treated with a great deal of respect and dignity, with only a minimal amount of crowd-pleasing shorthand thrown in to spice things up. It doesn’t reinvent or reinvigorate the increasingly tiresome genre, but it does stand as a fine example of how this type of film can be made well with a careful balancing of grace, poise, and melodrama.

I Am Woman begins in 1966, not long after Helen Reddy (Tilda Cobham-Hervey) has relocated from her Australian homeland to New York City to pursue her dreams of becoming a singer. A single mother with a young child in a male dominated profession, Helen finds doors continually slammed in her face at record labels reticent to sign an easy listening female act in a rock dominated era. She pays her dues, playing to mostly empty clubs while making less money than the men in her back-up band. Helen’s life turns a slight corner when she meets Jeff Wald (Evan Peters), an aspiring agent who sees Reddy’s natural talent. Jeff and Helen fall in love, move from New York to the musical hotbed of Laurel Canyon, and make a go of things out west. Just as a major strain is being placed on Helen and Jeff’s personal relationship, their hard work and dogged persistence pays off once her song “I Am Woman” starts to get major radio airplay en route to becoming an anthem for the growing equal rights movement.

Without knowing anything about Reddy, one can still guess early on a lot of the pitfalls that will arise throughout I Am Woman. Helen will struggle to balance her career with the needs of her family. Jeff will show his demons via a myopic quest for success, turning out to be quite a jerk when Helen needs a friend, lover, and manager the most. The subject matter of Helen’s songs will cause a great deal of controversy and be written off as musings from a “man-hating” “women’s libber.” A lightning bolt of inspiration and genius singing will happen in the recording studio. Jeff will spend great sums of money on extravagances, cocaine, and poor investments, leading them to the point of ruin. Every major career milestone and historical flashpoint will be touched upon, and a great deal of the hits will be played. There will be shots of people reading Billboard and seeing Reddy’s hit skyrocketing up the charts, and plenty of well staged performance numbers. Nothing about the construction of I Am Woman will surprise anyone who has recently watched an eager to please musician biography, and the obvious and inevitable dagger twists can be seen coming from miles away.

But there a couple of key reasons why director Unjoo Moon has made a better use of this well worn storytelling style than many of her contemporaries. First, the female perspective and unique time period that I Am Woman unfolds across make the film feel emotionally and politically truthful, even when the script from Emma Jensen (Mary Shelley) boasts a great deal of unnatural, on-the-nose expositional dialogue. I Am Woman is a film that’s important without carrying a supercilious air of self-importance. It’s a film made by a director and cast who want to pay humble and thoughtful respect to their subject rather than building a multimillion dollar shrine to them. 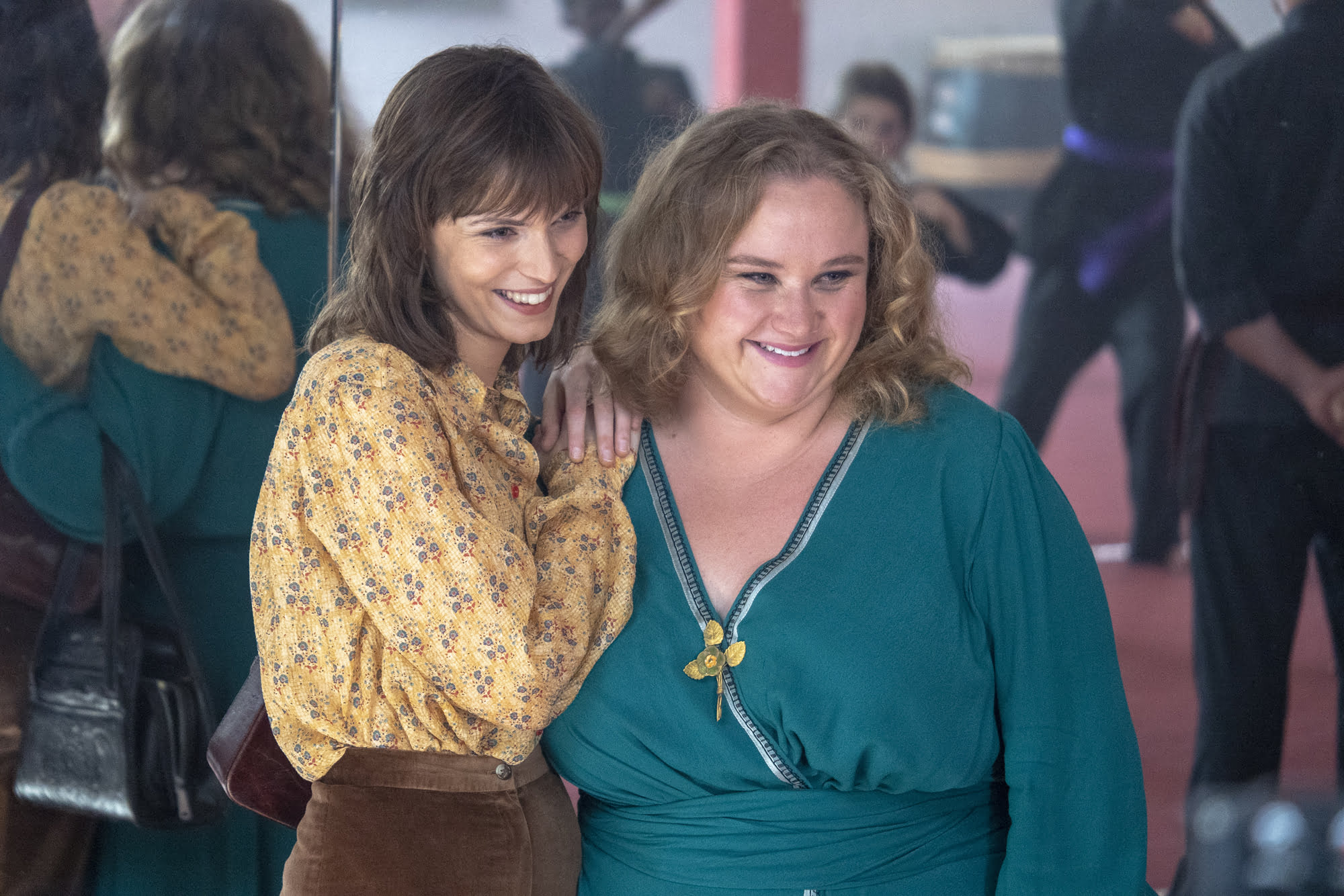 I Am Woman wants to explain and analyze what made Reddy a game changer in the music industry rather than repeatedly underlining her accomplishments. The template is overly familiar, but I Am Woman is told by people with genuine interest in Reddy, rather than by a bunch of suits sitting around a table wondering how they can sell copies of a greatest hits soundtrack. As a result, the real life events and consequences portrayed in I Am Woman are more resonant than they probably would’ve been otherwise. It’s a humble work of honest art that doesn’t speak down to the audience or its subject, despite the overall familiarity.

Another key difference is in the performances, where the actors and director make the careful decision to play the characters first and foremost as human beings and letting the iconography happen more naturally than in films that like to force such feelings down the throats of viewers. Hervey is exceptional in a star making performance both on stage and off. Her portrayal of Reddy is deeply empathetic and nuanced, like the character was realized first and foremost as a single mother with a dogged dream and less like a superstar in the making. The changes to the character as success and accolades are piled upon her are subtle, yet uniquely pronounced instead of manifesting themselves overnight and without narrative reason. It’s a delicate, full bodied performance. Similarly, Peters has never been better, taking a character that could’ve been a snivelling, cowardly, coke snorting cad and providing him with some delicate notes of complexity and compassion that are sometimes unexpected amid his chaotic personality swings. There’s also some good work to be found here from underrated talent Danielle Macdonald as fellow Aussie ex-pat and Helen’s music journalist best friend, Lilian Roxon, who’s someone interesting enough to warrant her own biopic.

Moon paces the film sharply, making sure the march of history (built around the multi-decade battle to pass the Equal Rights Amendment) stays in line with Reddy’s successes. While there’s very little mention of Reddy’s early pre-New York days as a single mom and her upbringing in a performing arts family, Moon papers over these omissions by making sure the story being told is dynamic and authoritative in tone. It’s also a gorgeous looking period drama, helped a great deal by the sleek cinematography of Oscar winner (and Moon’s husband) Dion Beebe (Chicago, Collateral, Miami Vice).

While I grow increasingly weary of the stock biopics that get churned out these days with the regularity of slasher films in the 1980s, I Am Woman is proof that such cliched methods of storytelling are still effective when employed correctly and for all the right reasons. Moon’s film is an example of a true(ish)-to-life story that rises above its overly commercial trappings. It’s a movie that wants to show its subject as a woman who actually stood for something and not merely a singer responsible for a wealth of tunes that would become pop music standards and staples. I’d take I Am Woman over a dozen Bohemian Rhapsody or Walk the Line clones anyday.

I Am Woman is available on VOD in Canada starting Friday, September 11, 2020.