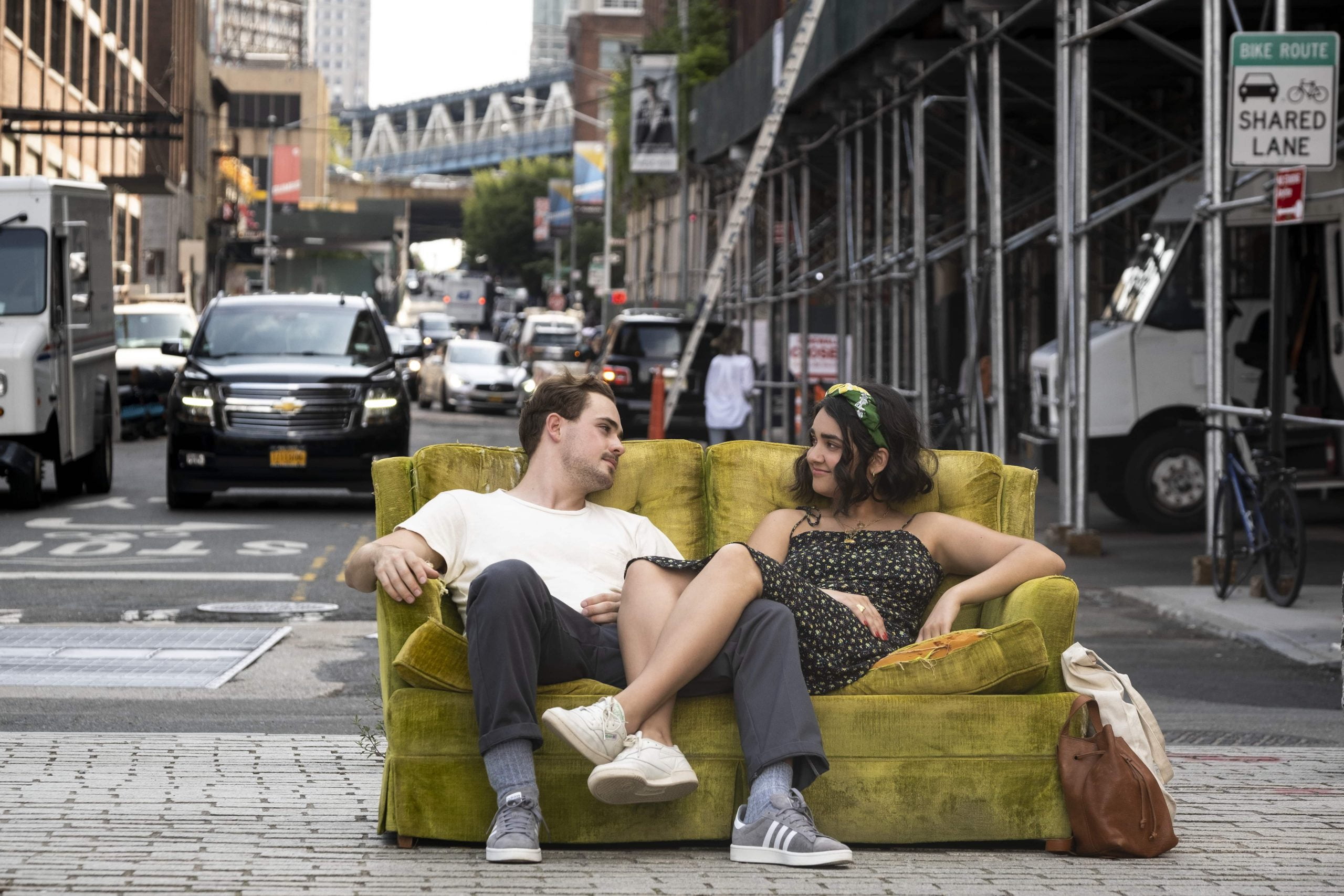 A quirky, snappy, and genuinely lovable helping of cinematic comfort food, The Broken Hearts Gallery is a highly enjoyable screwball rom-com that pays homage to the classics through the lens of modern sensibilities and attitudes. Writer and first time feature director Natalie Krinsky balances the age old “if it ain’t broke, don’t fix it” approach to genre filmmaking with a commendable degree of progressiveness and intelligence. It’s a high concept, meet-cute plot that feels familiar, but its changes to genre conventions border on the revolutionary. Every decade or so there’s a romantic comedy that will single-handedly revive the genre without straying too far from convention. There were Harold and Maude, When Harry Met Sally, and Sleepless in Seattle before it, and I think it’s time to add The Broken Hearts Gallery to that esteemed list.

Twentysomething NYC based visual artist and gallery curator Lucy Gulliver (Geraldine Viswanathan) has recently been dumped by her 35 year old boyfriend, Max (Utkarsh Ambudkar), a co-worker who’s running back into the arms of his previous ex. After a spectacular, alcohol fuelled breakdown at work leaves Lucy jobless and alone, she stumbles into the waiting car of Nick (Dacre Montgomery), mistaking him for her rideshare driver. They share an awkward moment where Lucy unloads all her feelings before going their separate ways. Coincidence brings them back together, and an unlikely friendship and business partnership blooms. Nick has been struggling to complete and open a boutique hotel he has been designing, and he’s on the verge of watching it all collapse due to a lack of funds. Lucy offers free labour and support on the condition that she can use the balcony of the hotel as a gallery for her latest inspiration: a place where people can let go of the various artifacts and ephemera that they’ve hung onto from past relationships.

Any fan of rom-coms will know exactly what shoes are going to drop throughout The Broken Hearts Gallery, and they can probably figure out precisely when these contrivances will arrive. Krinsky’s work is nothing if not predictable in its desire to give audiences exactly what they came for, but The Broken Hearts Gallery is exceptional in all the ways that count the most. It’s impeccably directed (with a resoundingly confident visual eye for a first time filmmaker), sharply written, nicely acted, and it balances quirk, cynicism, and hopefulness in expert manner. It’s also a perfect counterpoint to the glut of whitewashed offerings that dominate the genre. 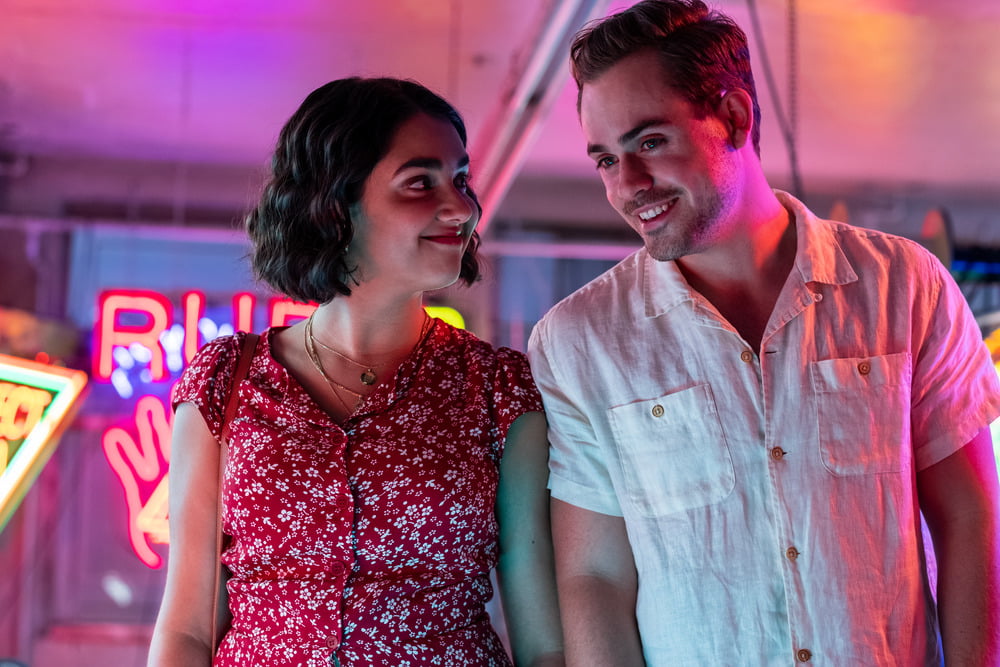 It’s impossible not to notice and admire that The Broken Hearts Gallery has been made with inclusivity first and foremost in its mind. People of colour and LGBT characters are placed prominently in the foreground and made to be the most interesting and endearing people in the film, rather than relegating them to the background or making them into stock “best friend” characters. These characters, like many young people, speak their truths honestly and emphatically. The banter they share amongst each other is authentic and reasoned. They sound like modern day friends and rivals rather than characters speaking through the voice of an older writer. Granted, some of the more timely pop culture references (which are perhaps a few too many) make me question how well a lot of the jokes will age over time, but as someone not too far removed from their twenties, The Broken Hearts Gallery is the kind of rom-com I wish came ten years earlier, and I’m glad it has finally arrived. It’s the sort of genre film that has evolved with the times while still retaining the same classical charms that have existed since the 1930s.

Viswanathan is a revelation in The Broken Hearts Gallery, giving a rom-com leading performance for the ages. After making considerable impressions in the likes of Blockers and Bad Education, Viswanathan gets to showcase the full range of her comedic and dramatic chops here with a warm, radiant, and hilarious performance. A pitch-perfect blend of energy, awkwardness, and strength, Viswanathan adds a lot to a character that could’ve become a cliche in the wrong hands. Her boundless enthusiasm at the best of times and empathetic believability whenever Lucy is at her lowest makes her the perfect counterpoint for Montgomery’s more stoic leading man. Viewers can probably guess that these characters will have to drag each other out of their malaise, but the leads are so exceptionally paired that following along with their budding romance is effortless.

Like most great rom-coms there are plenty of memorable set pieces and chances for the film’s stacked supporting cast to shine. Molly Gordon, Phillipa Soo, and Nathan Dales make the most of their parts as Lucy’s increasingly concerned roommates, and Arturo Castro is sarcastic perfection as Nick’s increasingly vexed and overworked business partner. These kinds of characters are staples of the genre, but the writing and performances ensure that they remain memorable and endearing.

Sometimes the best thing to remember about a movie is how it makes you feel, and The Broken Hearts Gallery is a great example of a funny bone tickling and heartstring plucking effort that comes about its big emotions honestly and without talking down to an audience that has seen this all before. It’s familiar enough to be comforting, and fresh enough to be captivating rather than passive entertainment. It’s an unabashed love letter to the genre, but one that goes the extra mile to entertain and expand beyond the usual range of voices.

The Broken Hearts Gallery opens in theatres across Canada on Friday, September 11, 2020. As always, take caution whenever going to a theatre. Wear a mask and stay home if you feel sick. There are no 100% safe social activities these days, so take all necessary precautions.