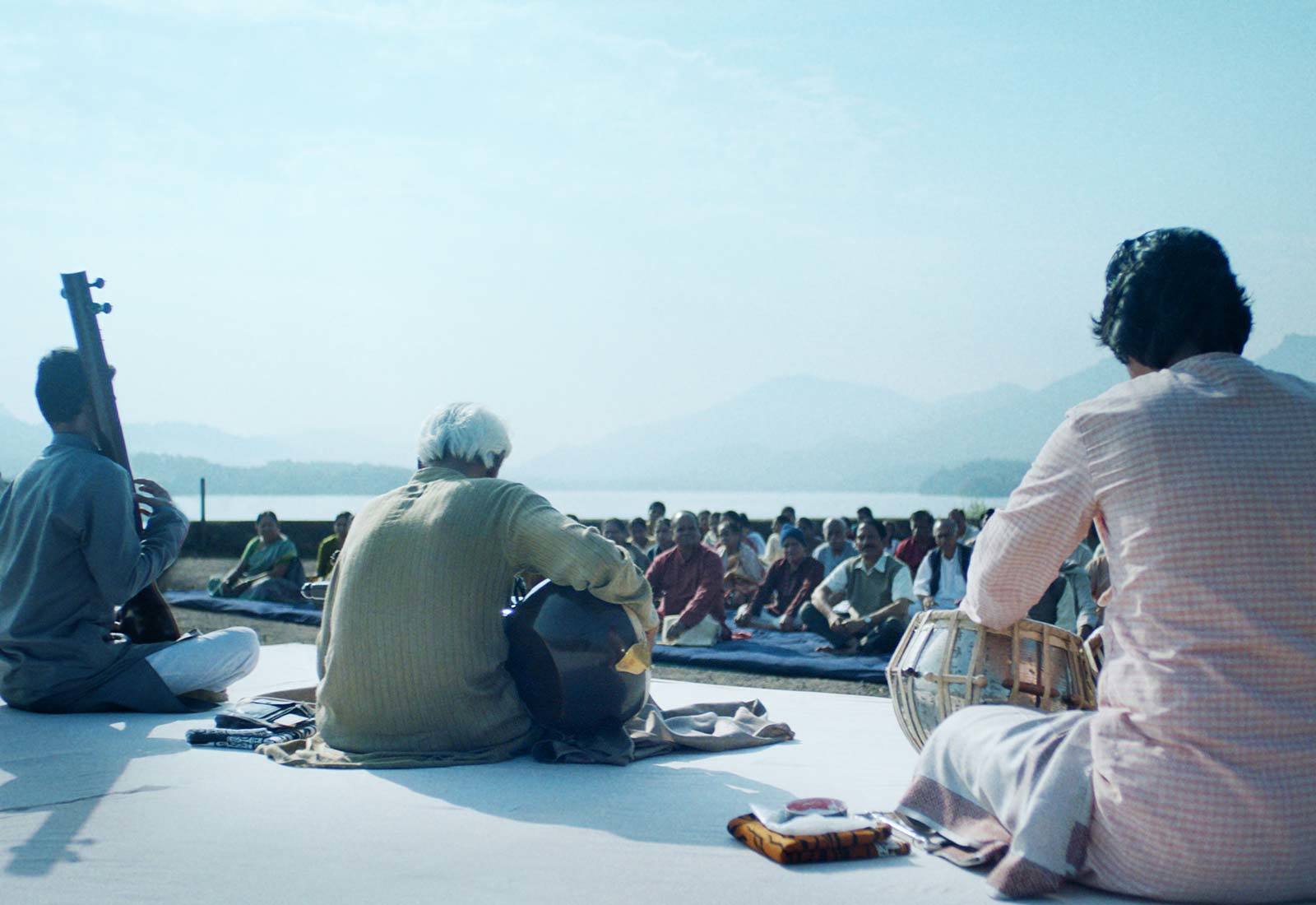 The Disciple, Indian writer-director Chaitanya Tamhane’s follow-up to his subtly flooring debut feature Court, is another exceptional slow burning character study that builds tension so carefully, one barely realizes the emotional journey they’re being taken on. Executive produced by Alfonso Cuarón, The Disciple is a pitch perfect blend of rigorous observation and satisfying drama.

Tamhane’s time shifting narrative follows the life and studies of classical Indian musician and vocalist Sharad Nerulkar (Aditya Modak) from his childhood until his early forties. Sharad has devoted almost every moment of his waking life to the study of a two century old form of classical music that has been falling out of favour and fashion. He’s guided by his guruji (Dr. Arun Dravid), a follower of a mysterious woman known as Maai, a performer who so closely guarded and respected the music that she never allowed her performances to be recorded. Sharad heeds Maai’s advice (delivered via audio recordings of her lectures) to disregard everything in life that isn’t his vocals, becoming a devout believer that the music he seeks to create be protected and revered at all costs. Already feeling like a failure in his mid-twenties for not achieving musical enlightenment, the increasingly jaded Sharad has to wrestle with the notion that he’s not that talented and has been led astray.

The Disciple is a performing arts movie without much of a rise or fall. There’s only existing and failing sideways, but there’s plenty to parse within those parameters. While Tamhane starts out following along with Sharad’s attempts to fulfil his single-minded quest for greatness, The Disciple gradually gives way to bigger questions about the pursuit of fame, regardless of how obscure the medium. Is Sharad’s quest destroying his soul or is he throwing himself at his studies to avoid higher and harsher truths? Is the advice of the people he idolizes harming or helping? Is he destined to end up exactly like his father, who was also a lacklustre vocalist? It also very astutely and slowly depicts the effect of long term emotional abuse and psychological forms of self-harm.

The Disciple is rich, fulfilling, and at times even darkly humorous. Boosted by gorgeous cinematography, intelligent pacing, detail oriented direction, and a tremendously layered leading performance from Modak, The Disciple firmly establishes Tamhane as an auteur in the making.

The Disciple screens at the 2020 Toronto International Film Festival with both in-person screenings and at home viewing options. It screens on Friday, September 11 at 4:45pm and 5:00pm and on Sunday, September 13 at 4:30pm at TIFF Bell Lightbox. It is available to view on Bell Digital Cinema for a limited time starting at 6:00pm EST on Sunday, September 13. (All digital screenings are geoblocked to Canada. If attending in person screenings, please exercise all precautions. Practice social distancing, wear a mask, and don’t attend if you feel under the weather.)