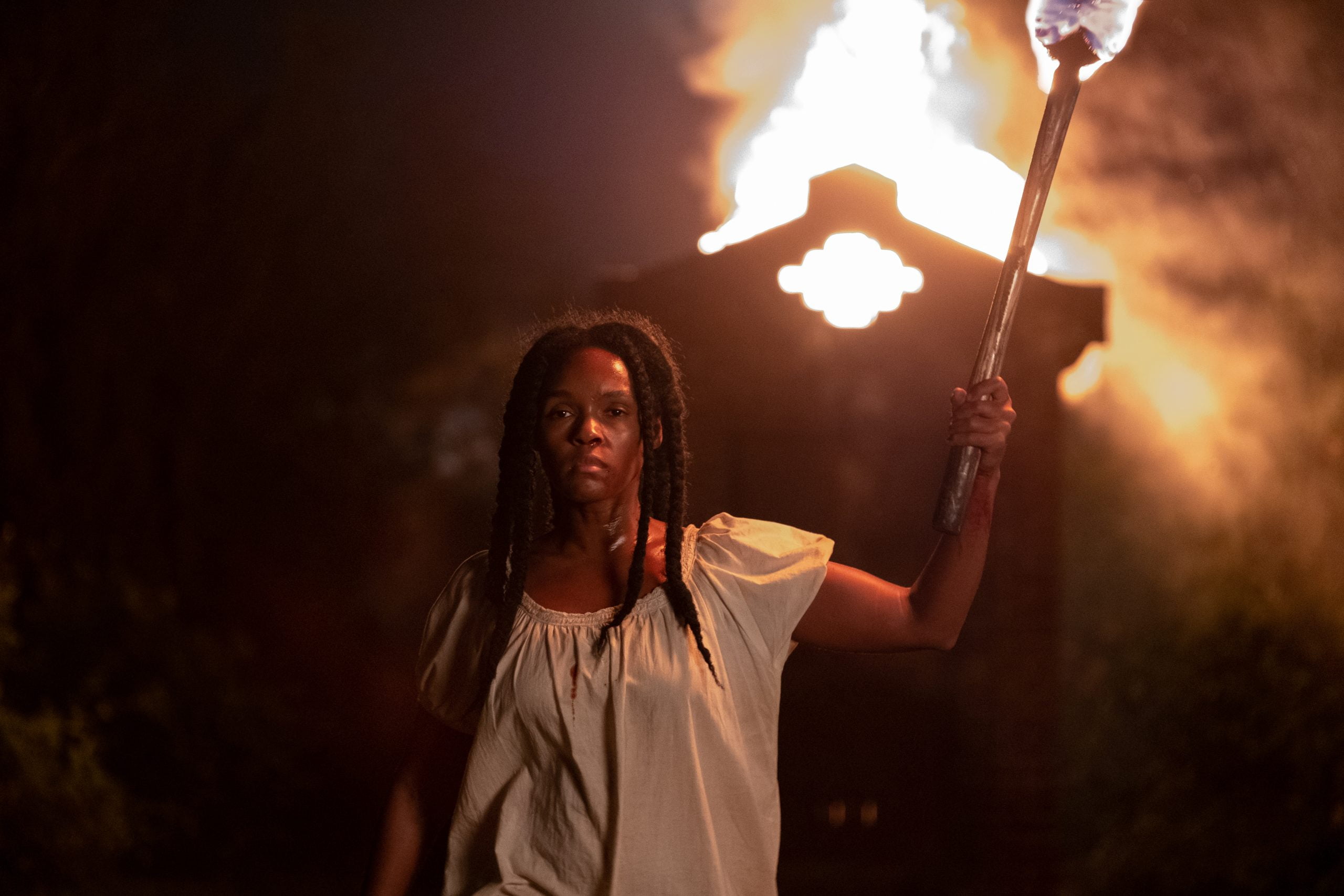 Let me start by saying that I hope whoever reads this hasn’t seen the trailer for the socially conscious, COVID-delayed, and now straight-to-premium-VOD thriller Antebellum before they see the film. I don’t actively seek out trailers (most of the time), but I did catch a preview for Antebellum late last winter before seeing something in cinemas, back when a springtime theatrical release for the debut feature of writer-directors and music video veterans Gerard Bush and Christopher Renz was still on the books. Everything that follows here is clouded by the fact that I saw the trailer just once and still remembered enough of it for the promo material to essentially ruin the experience of watching the movie. If you’ve seen the Antebellum trailer (which is still going to be posted here because I have to), the film has likely been ruined for you. If you didn’t, you’ve been suitably warned.

Granted, Antebellum is a tough film to talk about and no easy task to market, mostly because its three act structure is predicated on a major twist. While many viewers will likely figure out what’s happening long before the twist arrives, the people in the marketing department that cut this trailer don’t do Bush and Renz any favours. If you’ve seen the trailer, the big reveal is obvious mere seconds after Bush and Renz offer up a stunning, brutal, lengthy, and bravura opening sequence depicting white slave owners and overseers abusing a frightened black “workforce” in the Civil War era south. (Come to think of it, the title is itself a spoiler to anyone who knows what it means or looks it up in a dictionary.)

On this plantation – led by a sneeringly evil Jena Malone and a violently menacing Jack Huston – is Veronica (Janelle Monáe), a strong black woman who has had the will to live and any desire to escape seemingly beaten out of her. She’s approached by a new arrival to the plantation, Julia (Kiersey Clemons), a pregnant young woman desperate to run away. Julia wonders why Veronica doesn’t fight back or make a break for it. For anyone that’s paying attention to their far-too-precious and carefully worded dialogue, it’s clear why Veronica doesn’t make a move and the reason why Julia is so furiously angry that no one is fighting back.

If you figure out the twist early on, Antebellum is a tedious, obvious, and barely thrilling slog that treats its audience like they’re a bunch of fools. It’s like watching an edgy, brooding magician repeatedly failing to sell the audience on a trick gone wrong while still maintaining an act that suggests everything is fine. What’s worse is that any social message or commentary that Bush and Renz are trying to convey is rendered irresponsible through the way they talk down to their audience.

Antebellum has a great hook for a horror movie. Most great thrillers prey on fears of the past and present, showcasing the dark and inhumane side of history to cut close to the bone. Brutality, injustice, racism, and gender inequality are as rampant today as they were back in the Civil War era, and one doesn’t have to watch more than thirty seconds of the nightly news to adequately grasp the ways that Antebellum links up to our current moment in history, both obviously and subtextually. The problem is that a film this obvious is devoid of suspense, leaving the message to float in the air on its own without adequately providing anything that can shock their viewer into listening beyond simply showcasing and highlighting acts of great cruelty. While not backing away from the violent nature of the story, it’s impossible not to know exactly where Antebellum is heading, with the first two acts slowing things down to a monotonous pace in spite of all the grimness.

It spoils little to mention that Bush and Renz have built Antebellum around a time shifting structure that will reveal what’s really going on in their Southern Shop of Horrors by the end of the first act. While they thankfully don’t withhold the big reveal until the very end of the film, laying all their cards on the table as early as they do doesn’t help any. If the first act of Antebellum is a depressing slog, the second feels like a show-halting comedown in comparison, with only the rousing final act offering anything truly rewarding. It’s a necessary part to explain the overall story, but the second half isn’t just narrative whiplash. It sends the viewer straight through the windshield. 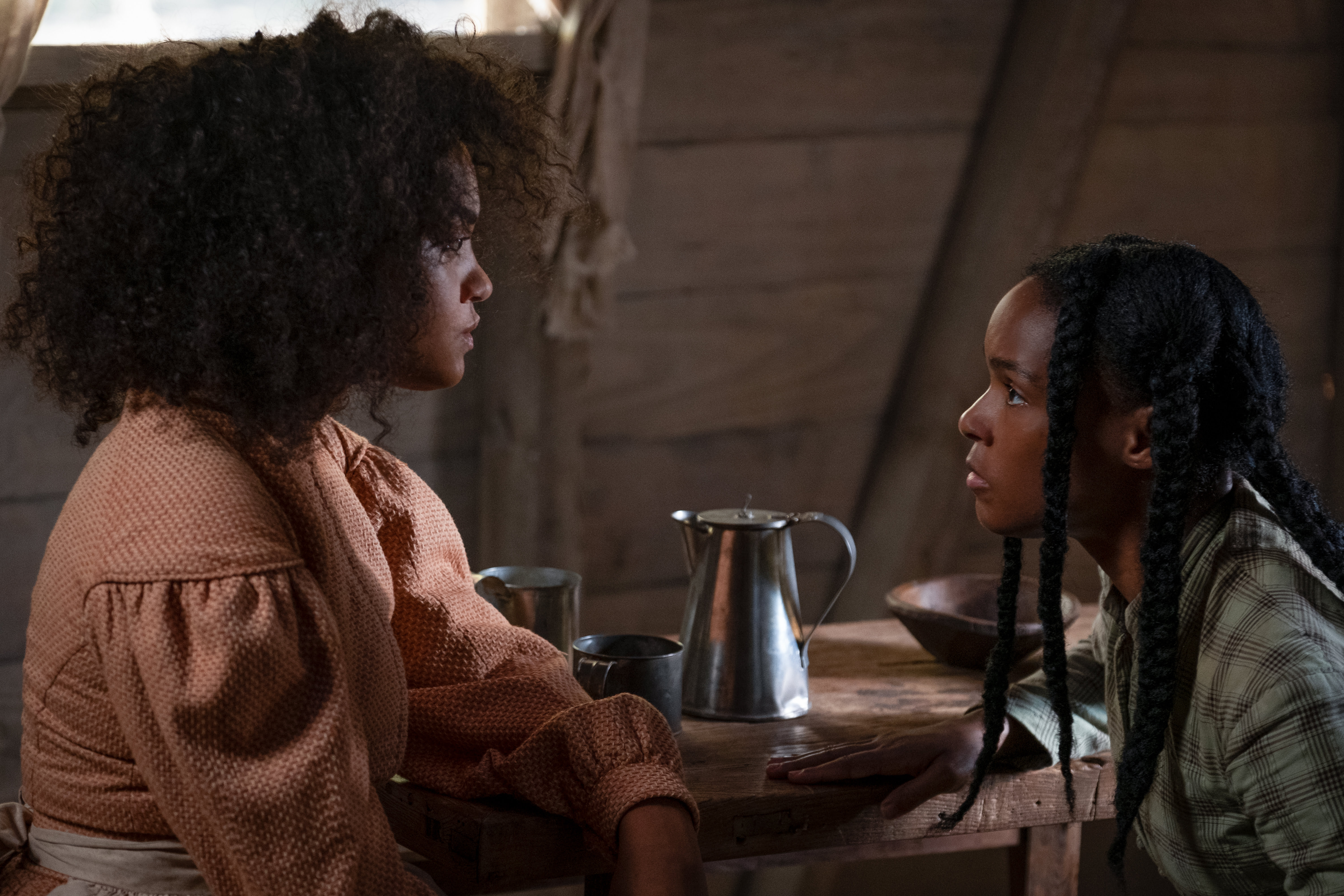 And yet, in terms of how each of these acts is written, they aren’t bad per se. There’s actually nothing all that wrong with Antebellum that can’t be fixed by simply swapping the first and second acts of the movie and making the whole thing linear rather than overly precious. It would be an even harder film to market, but the big reveal would be more shocking, timely, and powerful. It would also make Antebellum’s final act plea for citizens to rise up and fight their oppressors to be a lot more satisfying and meaningful. This structural switch would make Antebellum what it most wants to be: a film about the difference between talking about change and actually being about it. Instead, Antebellum is a barely woke bit of ultraviolence and menace built around a highly telegraphed twist.

It’s a further shame that Antebellum went in the overwritten direction that it does because Renz and Bush have delivered one of the best looking horror films of all time, and that’s not an understatement. Everything set on the plantation is gorgeous as a postcard or a David Lean epic. One could make a credible case to give cinematographer Pedro Luque an Oscar nomination, and anyone who’s seen Antebellum probably wouldn’t bat an eye. He has been working in genre film and music videos for years now, but Antebellum is Luque’s masterpiece. Even when Renz and Bush’s narrative struggles mightily to remain interesting, Luque is the person behind the scenes who keeps Antebellum consistently watchable.

Similarly, Monáe deserves immeasurably credit for being a major on screen force, and even though Antebellum isn’t on the insanely talented singer’s level of socially conscious passion and intensity in the slightest, the film proves that the performer is more than capable of carrying a film on their mighty shoulders. Monáe strikes a perfect balance of fire and vulnerability as Veronica, making a highly capable hero worth rooting for in the process. The character arc would still work better if the film were told in a more straightforward manner, and it’s still little more than the traditional horror movie “final girl,” but Monáe’s performance still elevates Antebellum as much as the visual style. These elements don’t save the film, but they make it a lot less painful.

Antebellum is a film that seemingly deserves a better hand than the one it’s been dealt and a bit more time to rethink the decisions that doom it to failure. It’s like looking at a work of art that has tumbled down a hill, leaving some of its integrity intact, but mostly looking like a mess. In a perfect world, Antebellum wouldn’t have to be overly cute with its impassioned message. It should be firmly in the face of the viewer, but instead it has a “look at me” showiness that betrays the message and the violence at the heart of it. It could’ve been a good movie, but alas, it is not.

Antebellum is available on VOD starting on Friday, September 18, 2020.