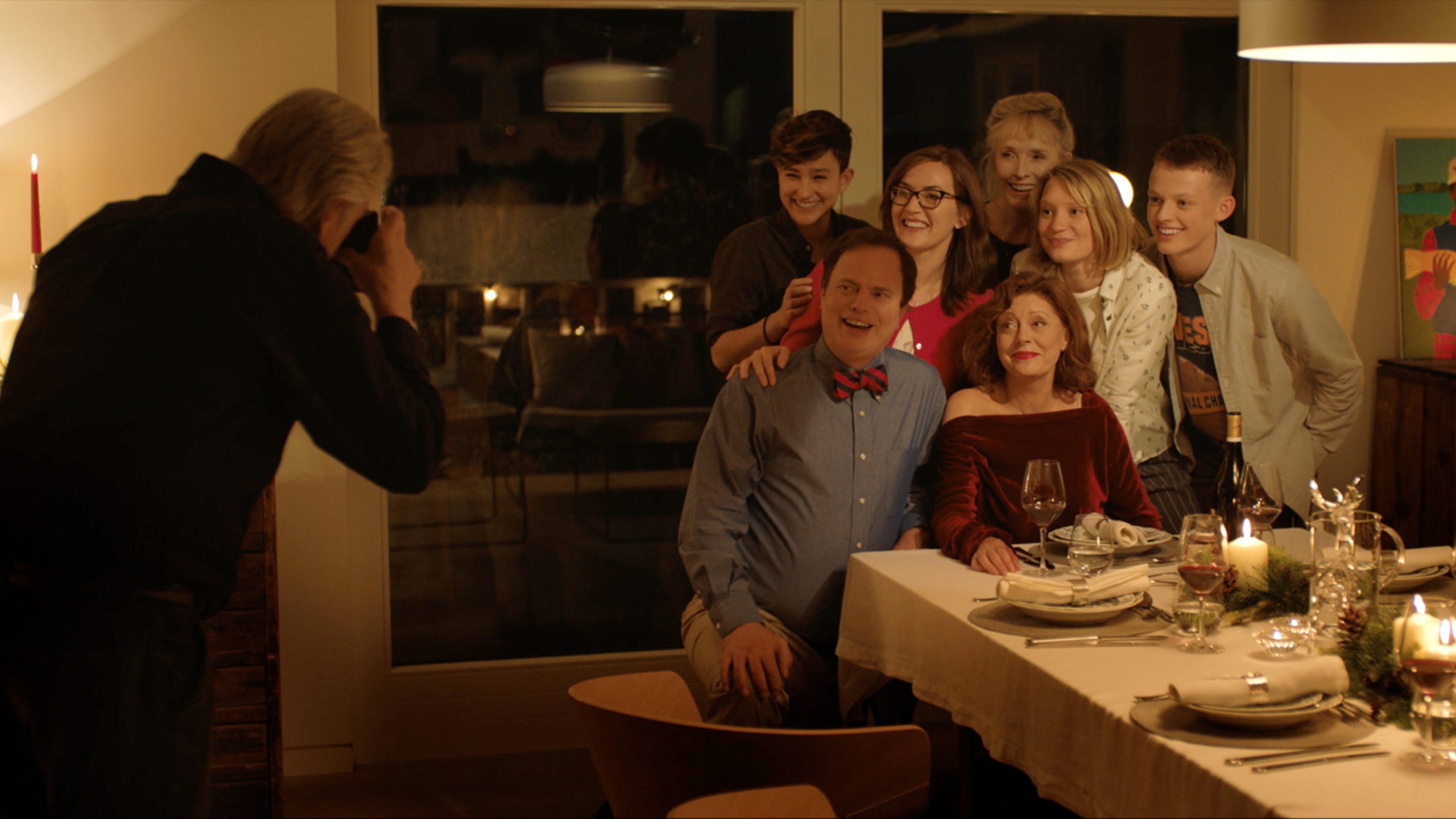 Blackbird is an effective, crowd pleasing tear-jerker with a well worn plot that succeeds thanks to great performances and a desire to steer clear of genre cliches whenever possible. A drama based around the final wishes of a dying woman, Blackbird is a gentle movie about the art of letting go, but that doesn’t necessarily make the latest from filmmaker Roger Michell feel inadequate or hokey. There’s a pronounced degree of psychological and emotional honesty that runs throughout Blackbird, and it’s delivered by a welcoming, well rounded cast that’s mostly overqualified for the task at hand. It’s a “mom movie” in the purest sense of that derogatory term, but it’s handily better than most films that attempt to tackle similar subject matter.

Lily (Susan Sarandon) is terminally ill and her health is rapidly worsening. The former architect has asked her loving physician husband, Paul (Sam Neill), to help ease her suffering via assisted suicide, something that’s illegal in their state. Before she goes through with ending her life before things progress to a painful point of no return, she asks her family to reconvene at her house for final goodbyes. Daughter Jennifer (Kate Winslet) is the stuffed shirt of the family who frets over everything and tries too hard to be doting and accommodating. She arrives with her embarrassing, dorky, trivia spouting husband (Rainn Wilson) and teenage son (Anson Bloom). Jennifer traditionally doesn’t get along well with her rebellious younger sister, Anna (Mia Wasikowska), who returns with a brand new girlfriend (Bex Taylor-Klaus) in tow and a lot of personal baggage she hasn’t shared with most of the family. Also along for the final party is Liz (Lindsay Duncan), Lily’s lifelong best friend, and someone her daughters love and hate equally. It’s Thanksgiving, but knowing she likely won’t be making it to the end of the year, Lily asks that they celebrate Christmas early, and like most holiday get-togethers, things don’t always go smoothly.

Michell (Notting Hill, Changing Lanes, My Cousin Rachel) could probably throw something like Blackbird together in his sleep. The low overall degree of difficulty is helped by a solid script, which finds Danish writer Christian Torpe adapting his 2014 effort Silent Heart for North American audiences. One knows exactly what to expect going into Blackbird. It’s the sort of film where lots of arguments will transpire – either about mom’s controversial decision to take her own life or other longstanding grudges and grievances – and through the course of these heated, passionate discussions, each character will get the chance to be proven both right and wrong. It’s not a question as to whether or not the characters in Blackbird will straighten their lives out to some degree before the end credits roll, but rather how long it takes them to reach that point.

A film like this rises and falls on the overall sympathy generated for the characters, and thankfully Blackbird has characters worthy of emotional investment. The relationship between Lily and Paul is unwavering, even after an obvious twist concerning an unspoken secret between them rears its head. The sexless marriage between Jennifer and her husband is treated more gracefully than one might expect. Anna’s struggles with depression and trying to fit in with her better off family members offer Blackbird some much needed edge. Even Jennifer, who’s written and depicted as the one who’s hardest to like, is generally a well meaning person who doesn’t realize she’s alienating more than helping. Everyone gets a major scene to shine, and while not all of them work (especially Boon delivering a cringe-worthy bit of slam poetry over dinner in the film’s lowest, hokiest point), there’s a respectfulness that makes one generally enjoy being around this dysfunctional family unit. 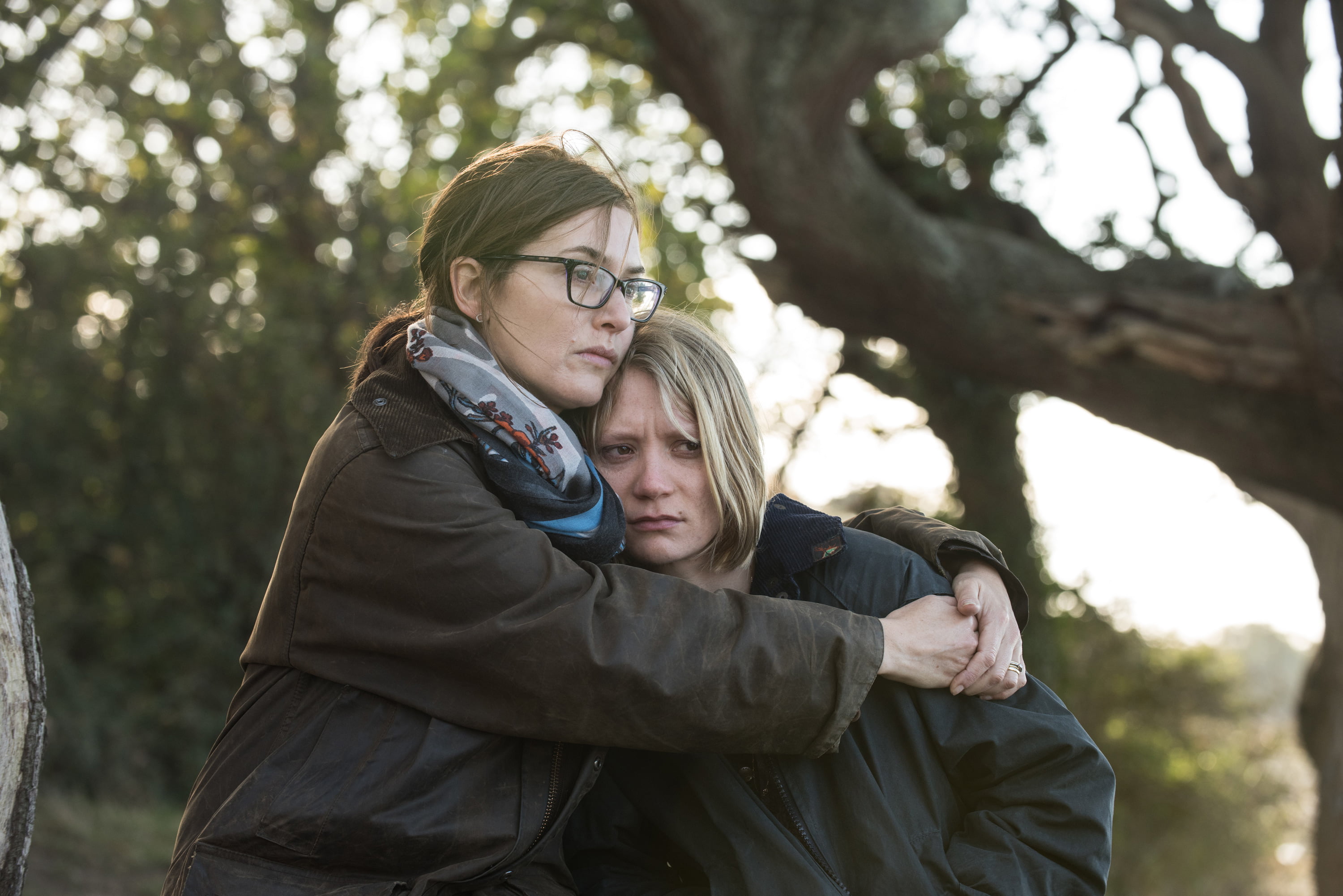 Blackbird isn’t trying to be a non-stop weepie. Not everything that happens in the film is an earth shaking tragedy, and the restraint is appreciated. Sad things happen amid an overarching plot about death and dying, but Michel and Torpe aren’t trying to employ every maudlin tactic in the book to beat viewers into tearful submission. While some of the situations and revelations in the story are contrived, Blackbird is refreshingly devoid of too much manipulation and emotional violence.

The glue that holds Blackbird together best is Sarandon, who has played this exact sort of role before in the past, but here she refuses to give in to some of the biggest shortcuts actors use to portray someone who’s dying. She’s not coughing or shaking all the time. She’s not constantly wheezing her lines like her lungs are about to give out. The whole point of Blackbird is to make the audience wonder – much like her family members – if things are really that bad. Sarandon and Michel save up those moments for whenever they’re needed most, and there aren’t predictable signposts to telegraph for the audience just when Lily’s health is going to falter. Throughout, Sarandon plays Lily as a strong, fully capable woman, and that performance never wavers in favour of cheap theatrics. She holds court over this stacked cast of actors like a screen general.

While it’s interesting to see Winslet popping up in a supporting role that seems beneath her talents and esteem on paper, taking on the role of Jennifer gives her plenty of juicy material. Winslet isn’t known for playing many characters that operate in a grey area between being a decent person and being unlikable, and it offers the performer more than one might expect from a film of this nature. Her verbal sparring matches and heart-to-heart conversations with Wasikowska also provide most of Blackbird’s dramatic weight. It’s a wise decision to shift most of the heavy lifting onto these actors because it makes the main storyline feel less contrived and convenient.

Blackbird ends up feeling less like a film about assisted suicide or saying goodbye to a loved one and more like a poignant examination of both healthy and destructive coping mechanisms. Blackbird is upfront about the inevitability of death, and no matter whether or not Lily goes through with her plans, there’s no grand miracle on the horizon. That honesty allows the film to go a bit deeper than most other efforts pitched at this level, making for a more satisfying and genuinely cathartic experience.

Blackbird is available on VOD in Canada on Friday, September 18, 2020.