H is for Happiness | Review 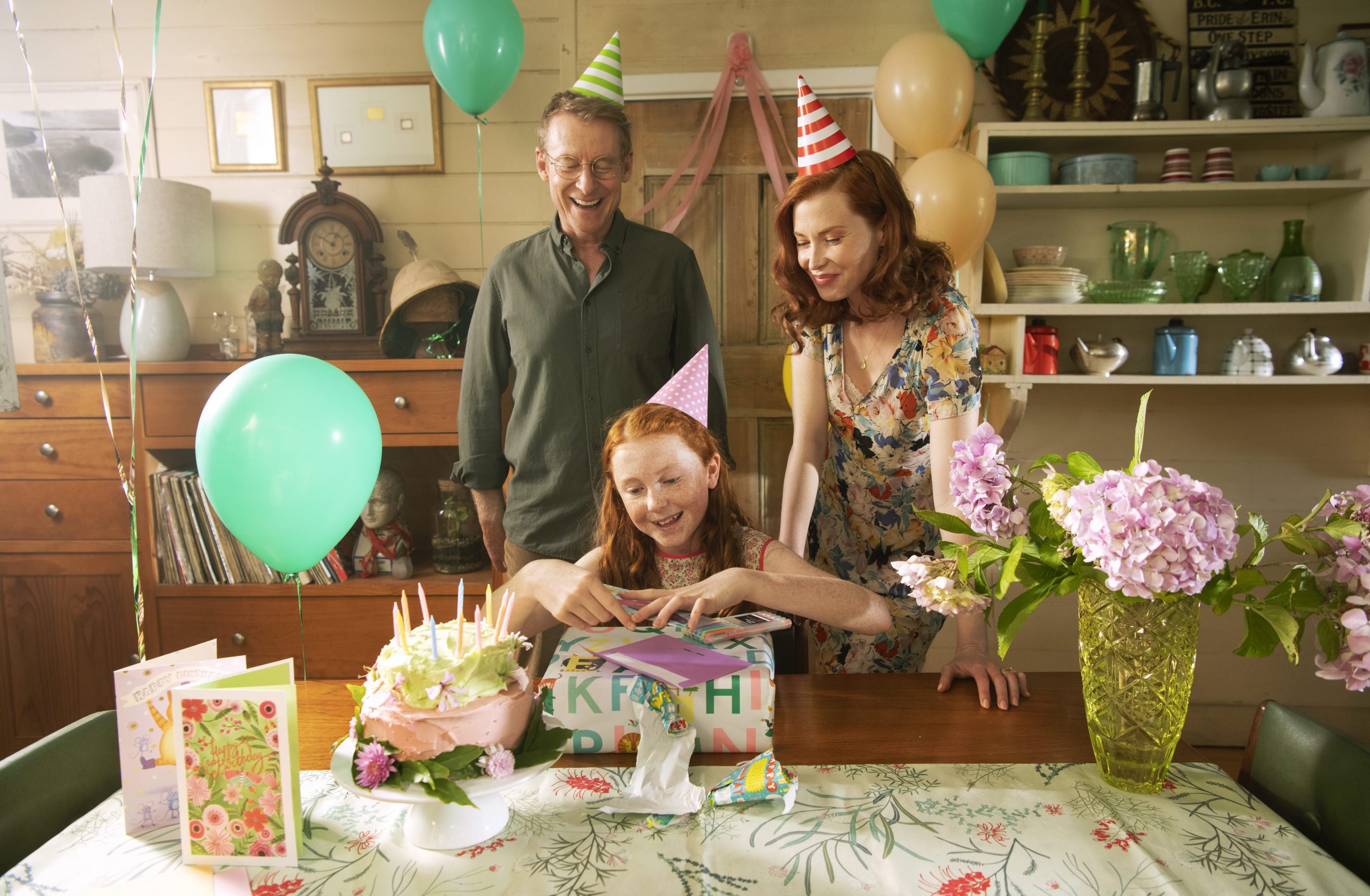 Silly, quirky, optimistic, colourful and buoyant, the Australian family comedy H is for Happiness will delight younger kids and offer just enough dramatic tension to ensure adults don’t get too bored. The feature directorial debut of John Sheedy and based on Barry Jonsberg’s award winning book My Life as an Alphabet (a.k.a. The Categorical Universe of Candice Phee), this tweenage romp is a generally wholesome bit of fluff with a couple of gently naughty bits tossed in for good measure. It has all the energy of a sugar rush, with very little of the post confectionary comedown. It’s a fine late summer movie and engaging enough people pleaser.

Pigtailed twelve-year old keener Candice Phee (Daisy Axon) is a motor-mouthed overachiever with boundless creativity, but her eagerness at school – which naturally leads to her getting picked on a lot by the requisite mean girl (Alessandra Tognini) – hides a list of family troubles. Her mother (Emma Booth) is in the throes of a deep depression after her second child died in infancy. Dad (Richard Roxburgh) isn’t faring much better, following a contentious and ugly lawsuit with Candice’s favourite relative, “Rich Uncle” Brian (Joel Jackson), a show off that gives his niece anything she wants on a silver platter. Essentially friendless at school thanks to overwhelming enthusiasm and numerous personality quirks, Candice finds an unlikely confidant in a boy that’s even stranger than her. Douglas Benson (Wesley Patten) claims to have time travelled from another dimension after jumping out of a tree, and he believes his current reality isn’t the one he should be in. Candice is taken by Douglas’ belief in infinite universes, and while puppy love begins to blossom, she hopes that her new friend can help her hop into an alternate timeline where she’ll be able to save her family by altering the past.

Sheedy and screenwriter Lisa Hoppe crank up the bright, symbolically colour coded whimsy as far as it can go and chuck the knob in the bin. It sounds like an annoyance, but really the only unbearable, eye rolling moment is the choice of playing Katrina and The Waves’ “Walking on Sunshine” over the closing credits. Up to that point, the silliness is rather inspired and useful. Sheedy, via the wealth of style being employed, has turned H is for Happiness into a perfect example of an old adage about making a film for children: you can make the subject matter of kiddie films rather dark, provided that you’re constantly reassuring the viewer that things are better than what they seem and mostly everything will be okay in the end. The young leads also sell these characters very well, making believable comedic performances out of their sometimes patently unbelievable roles.

The banter based nature of the script and a lot of the set pieces (especially some trips to a bizarre shop that I can only adequately describe as the type of place that sells whimsy in bulk) is as light, airy, and sticky sweet as sponge toffee covered in whipped cream and sprinkles, but it’s all told with a sense of good cheer and a lack of cynicism or sarcasm. The overall balance of kindness, strangeness, and unpredictability make H is for Happiness an unlikely charmer, even for people outside of Sheedy and Hoppe’s core demographic. It will probably hit a sweet spot for adventurous, curious, and energetic kids in the 8 to 12 range, but adults will be able to appreciate the ways that H is for Happiness refuses to talk down to its young audience. There are actions, consequences, and things don’t always work out, but lessons are learned and everyone is better for it. Hooray! 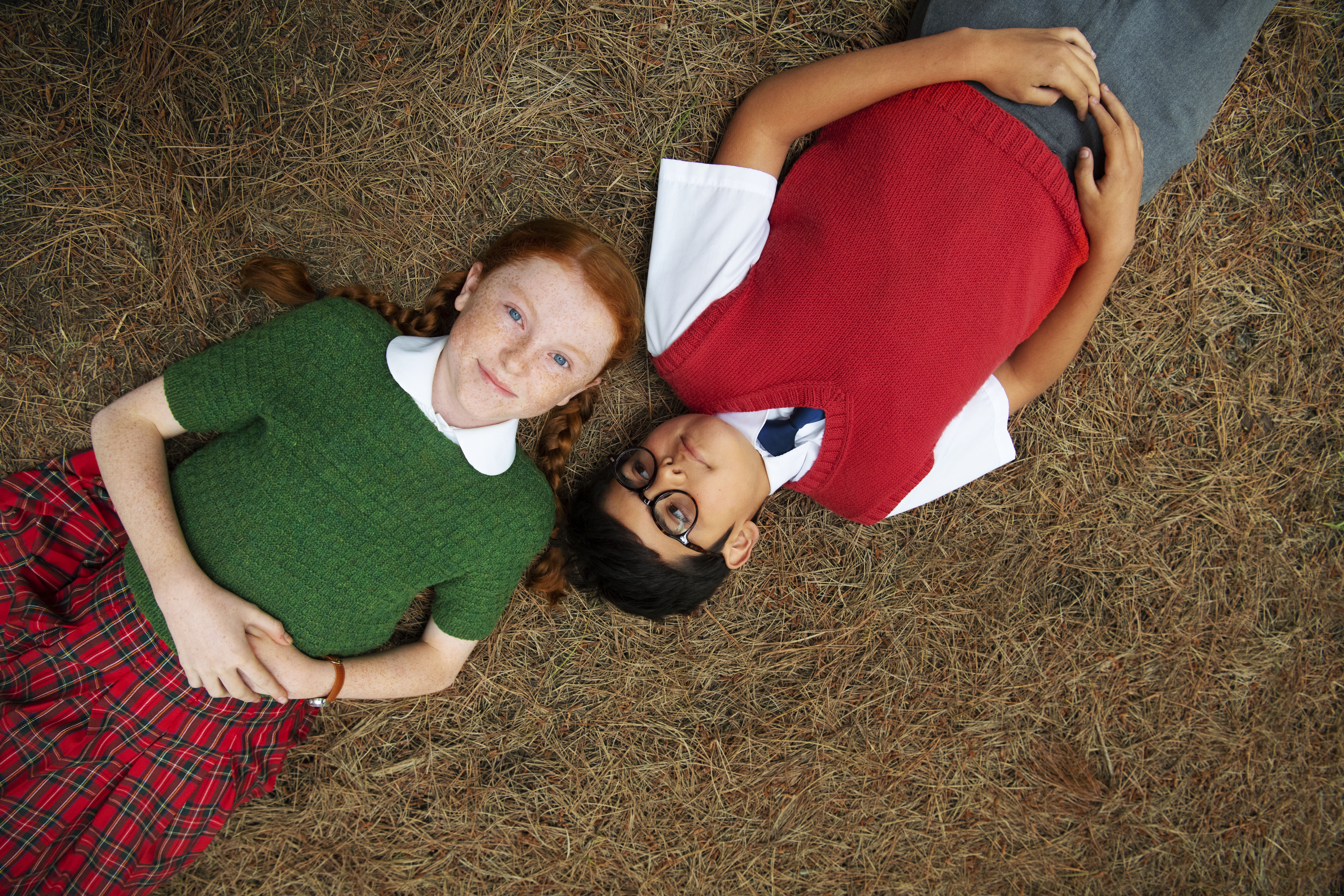 The energy level and manic style flag a little bit in the middle of the film, which focuses mainly on Candice trying to patch things up within her fractured family, but Sheedy (who’s known for his dynamic stage work) is helped immensely by having seasoned pros like Roxburgh and Booth on hand to offer some gravitas as a married couple going through a prolonged rough patch. The adults also share wonderful chemistry with their younger co-stars, grounding H is for Happiness with just a hint of realism to keep everything from spinning out of orbit.

Adults might find a few things in H is for Happiness objectionable, but they’re the sort of things kids will probably remember the most. There’s some projectile vomiting, a big pile of horse dung, and a gag involving inflatable boobs that seems destined to go nowhere but actually has a great payoff. H is for Happiness is also a love story of sorts, and more puritanical parents who want to keep their kids from developing affections for anyone outside the family for as long as possible might bristle at the relationship between Candice and Douglas.

Personally, I think it’s moments like these that will give kids their biggest kicks and emotional payoffs. It speaks again to how Sheedy treats the core audience like young adults rather than babies. H is for Happiness is a fine film for any young person transitioning to older fare, feeling like a final, grand sendoff to childhood. The fact that there are few good films aimed at this age bracket only makes the overall quality of H is for Happiness stand out more.

H is for Happiness is available on VOD in Canada starting on Friday, September 18, 2020.