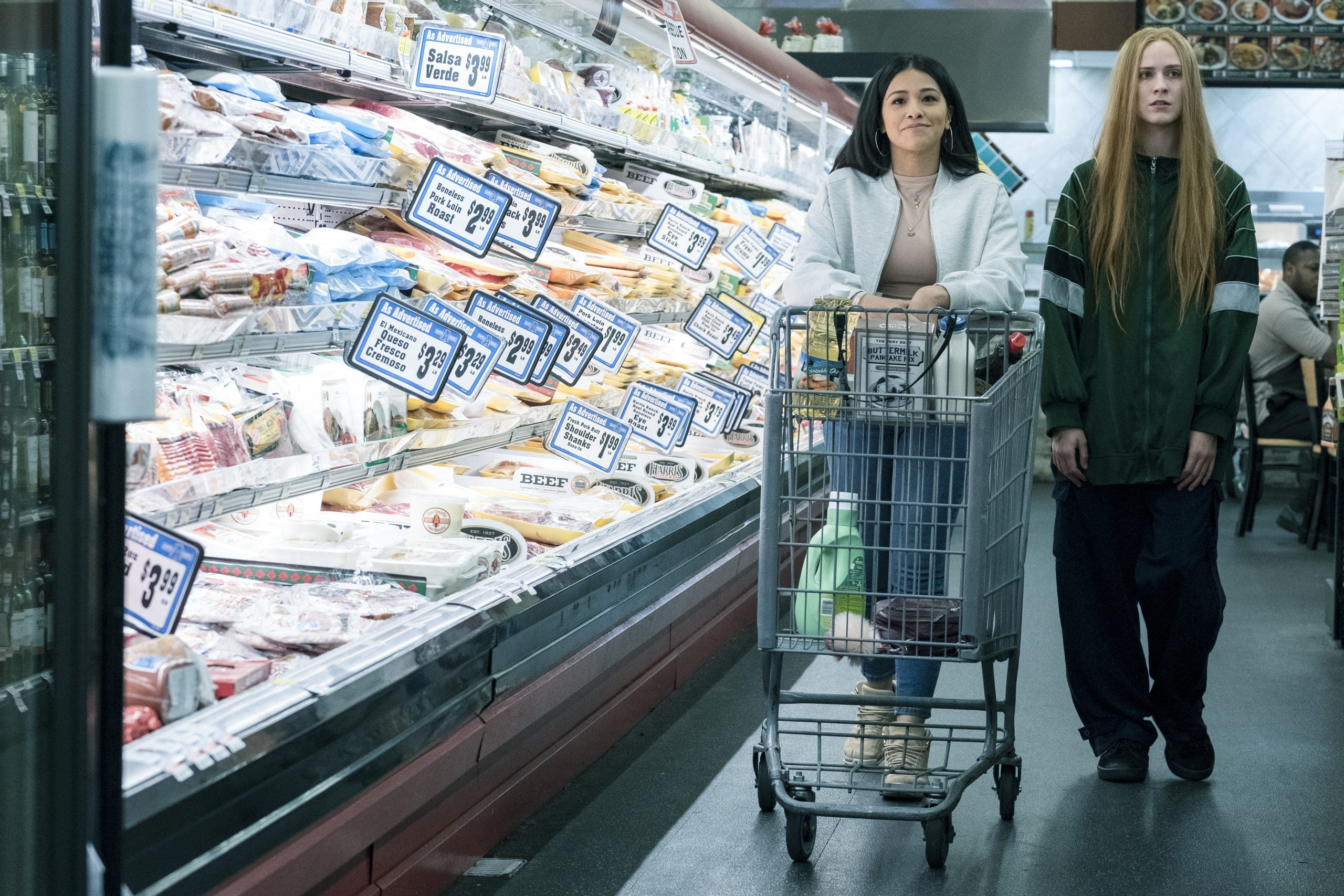 Kajillionaire, an off-beat domestic drama and quirky heist comedy courtesy of singular auteur Miranda July, certainly won’t be to everyone’s tastes. With films like Me and You and Everyone We Know and The Future already under her belt, July has made unique motion pictures that alienate as many people as they tend to entice. Kajillionaire, her first feature effort since 2011, comes down somewhere between her bracing debut and her overly abrasive follow-up. Like all true and honest works of art, everyone’s perception will be totally subjective, especially since Kajillionaire (and July’s body of work, on screen and off) proudly defies any efforts to easily categorize it. Not all of Kajillionaire works (especially during its opening hour), but it ends up being July’s most profoundly moving work to date by the conclusion.

Old Dolio (Evan Rachel Wood) is the adult daughter of life-long con artists Robert (Richard Jenkins, in one of two films he appears in this week) and Theresa (Debra Winger). They’re barely scraping by via a combination of mail fraud and contest rigging. Robert and Theresa are anxious people, months behind on rent, but still more than content to let their quietly voiced, borderline androgynous kid do all the dangerous work and heavy lifting. One day, while attempting to bilk an airline out of some money for “lost luggage,” Robert and Theresa meet and are immediately taken by Melanie (Gina Rodriguez), an overly eager young woman who wants to get involved with the family’s grifts. Robert and Theresa begin placing more of a focus on Melanie, leaving the already underappreciated and unloved Old Dolio further out in the cold,

For better, for worse, and like July’s previous films, Kajillionaire is fueled by dry humour, visual gags, and a healthy dose of human cruelty. That latter part is often the breaking point for many when it comes to stomaching July’s oeuvre, and throughout the first hour of Kajillionaire, I was almost convinced that I wasn’t going to enjoy sitting through it. A lot of the film’s set-up revolves around just how terribly Robert and Theresa will treat Old Dolio, a somewhat mentally stunted and traumatized adult who seemingly doesn’t have much power over their parents. Whenever the family fails, Old Dolio – who still has some degree of empathy and a fair number of good ideas for scams – is subjected to a great deal of passive aggressive scorn.

Despite some snappy riffs on conventional con-flick trappings and a colourful aesthetic, Kajillionaire finds July thickly applying a coating of misery over everything. At times, the emotional and psychological abuse Old Dolio is subjected to becomes rather hard to take. It’s completely at odds with the quirky nature of July’s bright and sunny visual choices, often leading to narrative discord. I completely understand why July has made such choices, but the disconnect between the dark story and irreverent tone doesn’t always pay dividends. 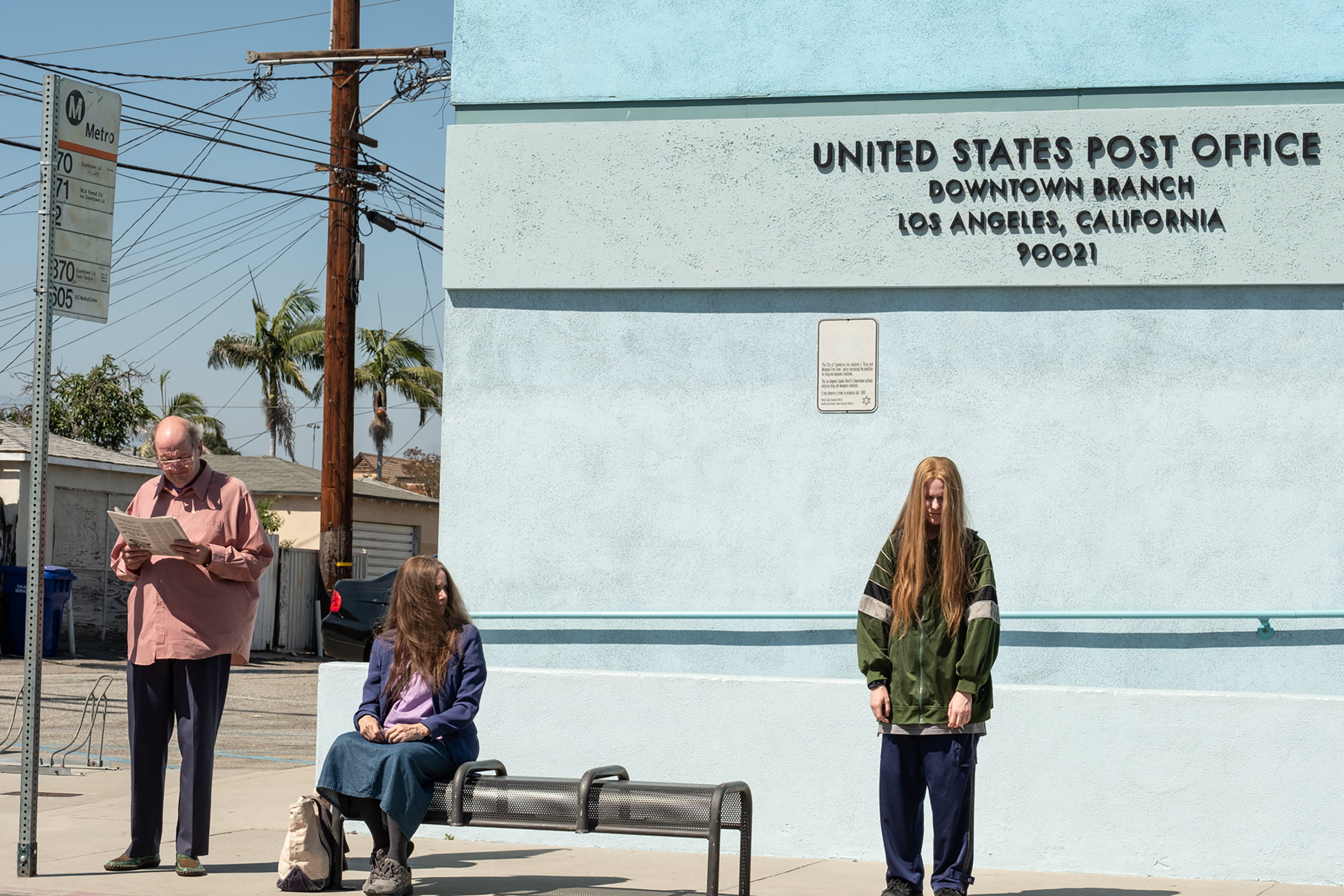 At its core, the first hour of Kajillionaire is about abuse and empowering someone at the lowest point in their lives, with a lot of other threads about living a marginalized life on the periphery. For all of her stylistic flourishes that have inconsistent impacts, July’s script and direction hold a great degree of truth and honesty for anyone willing to look beyond the obvious. The gravity of the family’s situation feels appropriately desperate, aided wonderfully by Jenkins portraying dad as headstrong, paranoid, and oblivious at the same time and Winger’s pitch-perfect senses of exhaustion and exasperation. There’s something deeply realistic about a family of con artists stressfully chasing another day of safety, security, and comfort rather than always going for the big, life changing score, and Jenkins and Winger clearly understand that anxious mindset well enough to portray it both comedically and dramatically.

Wood, on the other hand, feels like she was born to headline a Miranda July film, giving her character barely kempt long hair, nervous tension, baggy clothes, the voice of a surfer-stoner, and a schlubby gait. It sounds like Wood is giving a comedic performance – and to some degree it is – but the work being put in is delicate, perceptive, poignant, and remarkably detailed oriented. Wood emerges as the most enigmatic and magnetic element in an already challenging film. Whenever Old Dolio’s parents reaffirm their underhanded nature at the expense of their daughter, it’s the actors – and Wood in particular – who go the extra mile to sell the often brutal and bone-cutting undercurrent apparent in July’s material.

Kajillionaire explodes to life when Rodriguez arrives, bringing a manic, jovial intensity to July’s narrative. While some might find Melanie’s eagerness a bit over the top, it’s Rodriguez who provides July’s film with a great deal of warmth and heart. Prior to the inclusion of Rodriguez, the film is like looking at a well drawn picture of a shithole that has an out of place, construction paper cut-out sun taped in one of the corners. After Rodriguez arrives, Kajillionaire is a film where the world actually has a source of genuine light and heat, and the film shifts gears into a narrative where Old Dolio might finally attempt to break free of her parents. The friendly, subtly romantic, and sometimes antagonistic chemistry shared between Rodriguez and Wood goes a long way towards keeping viewers interested with wherever July is heading next.

The first hour of Kajillionaire is admittedly tough to sit through, and that could be a personal thing. I’ve always found films that try to balance cruelty and whimsy to be a tough sell, but that’s what July has always done with her efforts. But after that first hour, I started to become unexpectedly and overwhelmingly moved by the emotionally complex pivot Kajillionaire takes, en route to a well reasoned and uniquely satisfying conclusion that in no way betrays anything July set-up from the start. Kajillionaire isn’t a work that consistently upends one’s expectations while watching it, but rather one that saves it’s biggest game changing moment for the best possible time. Like many well constructed movies built around con artists, Kajillionaire will likely benefit from multiple viewings, but not because clues are being missed. Instead, rewatches will likely uncover even more emotional beats than the ones missed on an initial pass.