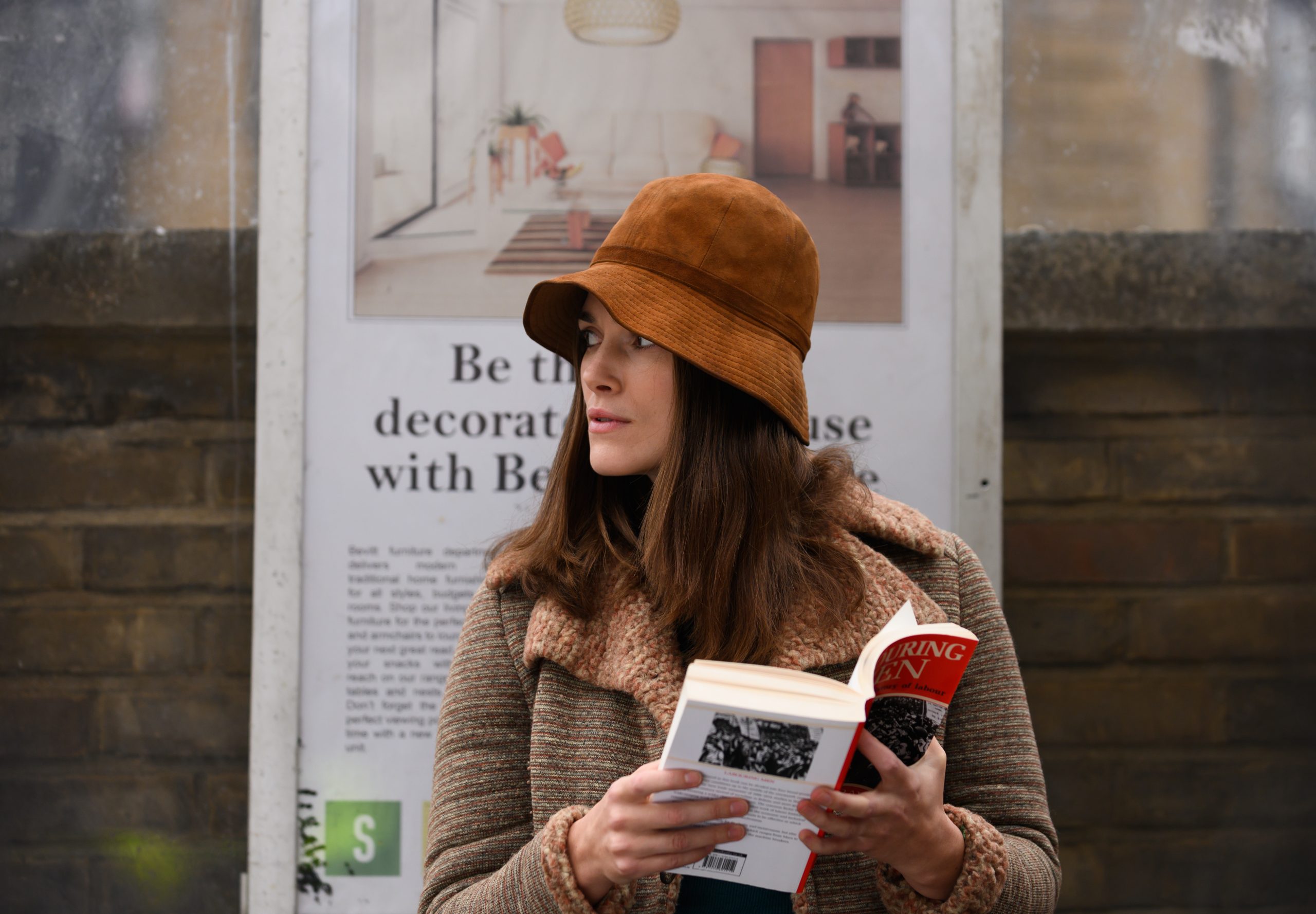 While it has enough plot and characters to warrant being a miniseries rather than a movie that clocks in under two hours, the historical drama Misbehaviour deserves an immense amount of credit for packing a lot of detail, entertainment value, and great performances into such a modest package. Not long into Misbehaviour – a look at the events leading up to and surrounding the 1970 Miss World pageant in London – one starts fearing that the film has bitten off more than it can chew, with its various overlapping characters and storylines competing for screen time. It’s a testament to director Philippa Lowthorpe, screenwriters Rebecca Frayn and Gaby Chiappe, and their all-star cast that this all works rather brilliantly without dumbing down the narrative’s core messages of gender and racial equality.

The 1970 Miss World competition was a landmark occasion for a lot of complicated reasons. The prior year’s competition drew more television viewers than the moon landing or World Cup final, opening the event’s husband and wife organizing team, Eric and Julia Morley (Rhys Ifans and Keeley Hawes), to closer scrutiny from external groups that think the show is sexism writ large and others that think it’s skewed to exclude people of colour from ever winning. By the time the show wrapped up, Miss World 1970 was remembered for two major reasons: a protest by the Women’s Liberation Movement that stopped proceedings dead in their tracks on live television and the crowning of the first ever black Miss World, Jennifer Hosten (Gugu Mbatha-Raw).

Veteran British director Lowthorpe (who also helmed the forthcoming second half of HBO’s deliciously malevolent and trippy limited series The Third Day) and her writers have lots of ground to cover with Misbehaviour, and it’s a minor miracle that they manage to include no less than a dozen major and minor characters without making any of them come off as superfluous. On a visual and narrative level alike, Misbehaviour is a richly detailed look at a lot of different people – some good, some bad, some somewhere in the middle – who were party to history, examining not only what this event meant on a world stage, but what impact it had on all of them as individuals. It’s great material for any actor to sink their teeth into, which is probably why Misbehaviour has one of the most stacked casts of recent memory.

At the head of the Women’s Liberation Organization are two vastly different temperaments. Sally Alexander (Keira Knightley) is a mature student who married young, had a kid, divorced, and is now going back to university with the help of her new partner (John Heffernan) back home. Sally’s mother (Phyllis Logan) thinks her daughter’s progressive thoughts on sexual equality are damaging the mind of her granddaughter. Sally’s approach is revolutionary, measured, and willing to work with the media, whereas her closest ally in command, Jo Robinson (Jessie Buckley), believes in the power of demonstrations, slogans, subversion, and getting the message out by any means necessary. Ideologically, Sally and Jo are on the same page, but in practice they couldn’t be further apart. 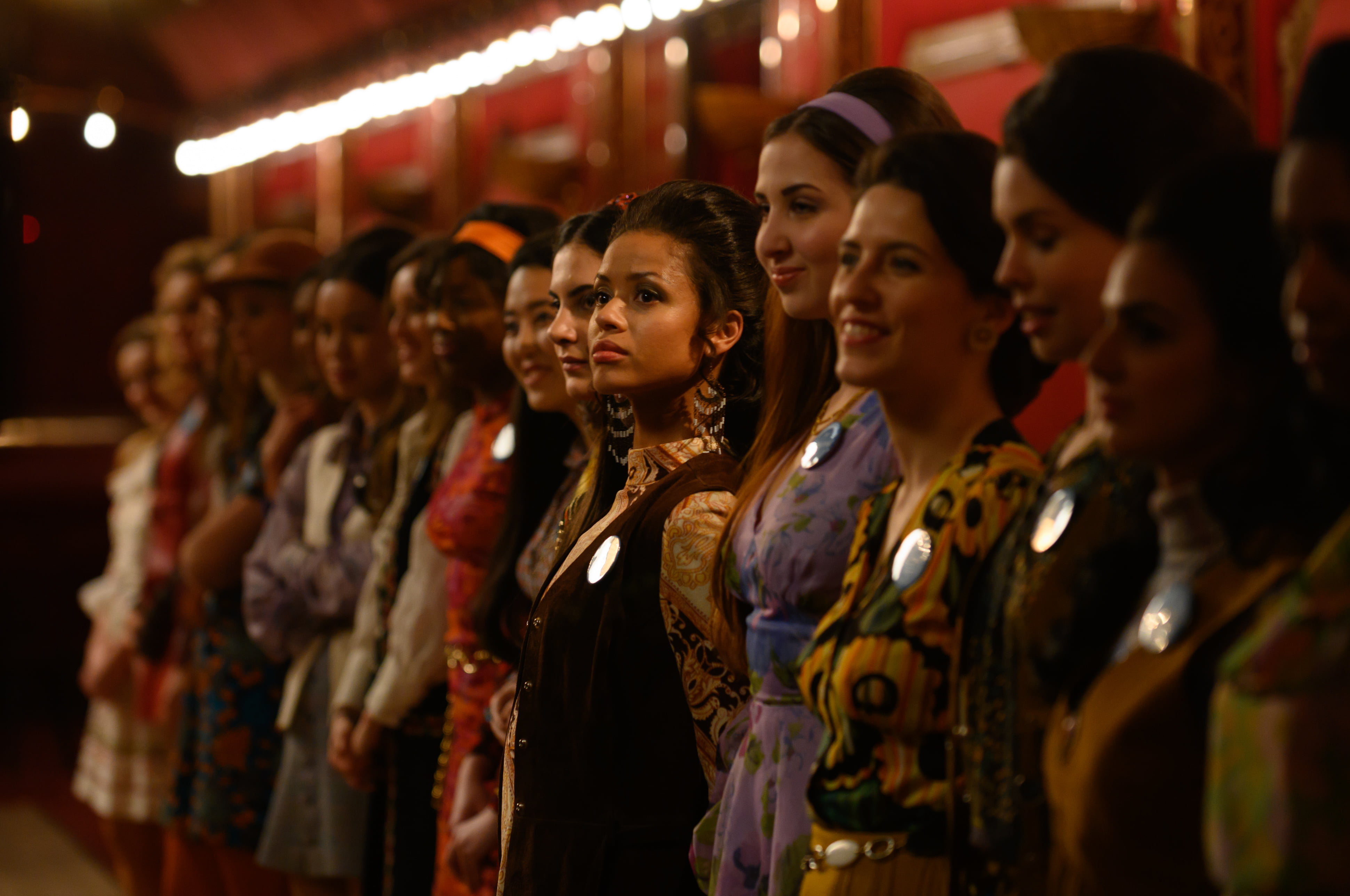 Knightley and Buckley are an inspired pairing of performers that work brilliantly together, with the former doing some of her best work here. But as great as they are to watch as the film’s heart, soul, and conscience, Knightley and Buckley are only a small part of Misbehaviour’s grander picture. Everything that happens backstage at the show and the showbiz politicking that unfolds is just as compelling. Hawes and Ifans add quite a bit to the mix as the perpetually harried showrunners trying to balance the sort of titillation the event thrives on with newfound social expectations. Their relationship is almost as fascinating as the one shared by Knightley and Buckley, with Hawes playing the woman constantly working the phones and taking meetings, while Ifans embodies the role of a harried director trying to ignore politics for a moment and make sure the show isn’t a visual disaster.

Then there’s the matter of the show’s host, Bob Hope (Greg Kinnear), and his wife, Dolores (Lesley Manville). His USO shows and trips to Vietnam to entertain the troops thrive on the appearances of Miss World bombshells, but Dolores is furious that her wandering eyed husband is agreeing to host Miss World for the first time in a decade after promising he would never take the job again.

On top of that, there’s the rich inner lives of the contestants themselves. There are the political and racial stresses faced not only by Raw’s Miss Grenada, but also from the show’s first ever black contestant South Africa (Loreece Harrison). Miss USA (Suki Waterhouse) sees this as her only opportunity to escape small town life, while heavily favoured Miss Sweden (Clara Rosager) seemingly wants nothing to do with the show.

There’s a lot to keep track of throughout Misbehaviour, and while I’m sure more depth can be added to the story in some places, Frayn and Chiappe’s script is so solidly constructed and Lowthorpe’s pace so assured and snappy that their overview of history is hard to criticize. Misbehaviour is a film that takes place in a political and cultural powderkeg, but the filmmakers never forget that events like Miss World are built on the backs of those who helped create it and those who sought to criticize its inequitable, exploitative nature. It’s never in doubt that the film is firmly on the side of the female contestants and protestors, but Misbehaviour reminds viewers that there were plenty of interesting stories worth telling before, during, and after the event. All of these stories speak to sex, race, economics, history, and most specifically to levels of privilege.

One or more of these threads could be cut, I suppose, but the fact that all of them are fascinating, well acted, and expertly integrated speaks to the lasting power of Misbehaviour. Each thread is worth thinking about after the film has concluded, and thankfully not because any of them are so underdeveloped that lingering questions remain. I’d love to watch an even longer version of Misbehaviour, but that’s certainly a compliment to the filmmakers and cast, not a detraction.

Misbehaviour is available on VOD in Canada starting Friday, September 25, 2020.