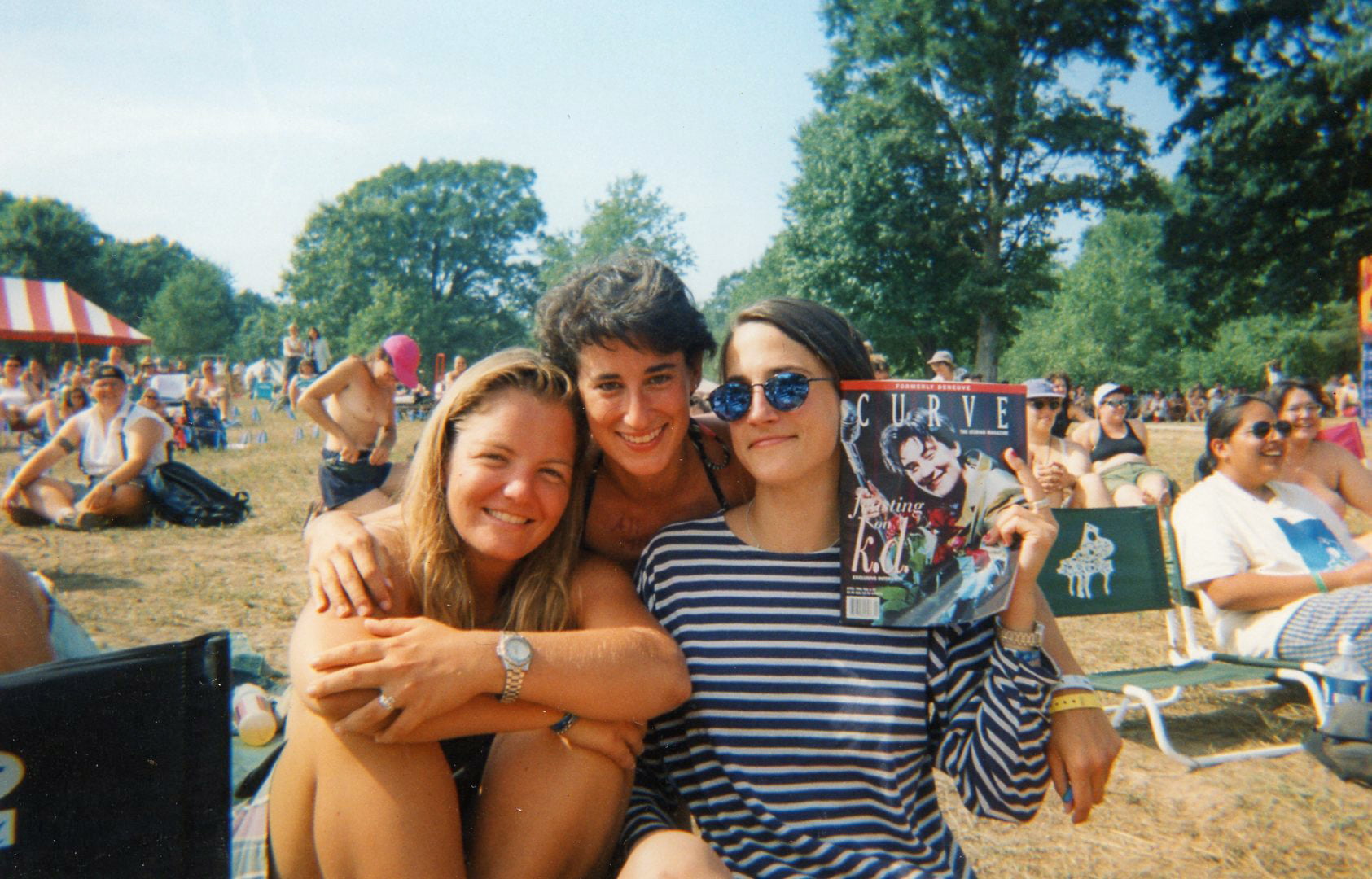 The documentary Ahead of the Curve is a balanced, historically significant, and surprisingly entertaining look at the woman behind the longest running and best selling lesbian magazine of all time. Through telling the story of writer, publisher, and activist Franco Stevens and Curve magazine (formerly known as Deneuve), Jen Rainin and co-director Rivkah Beth Medow deftly illustrate and underline the importance of visibility and representation.

Arriving in the early 90s, Deneuve was a breath of fresh air; a serious minded arts and culture magazine that spoke specifically to an underrepresented lesbian audience during a time when it was dangerous from many to be out and proud. Through dogged, pavement pounding determination, Stevens and her team were able to make her dream into one of the most influential publications within the queer community, despite a lack of love from advertisers and a variety of financial storms over the years. For many living outside of major, queer friendly cities, Curve was an indispensable lifeline to a greater community.

Ahead of the Curve looks back on the moments that defined Franco’s publication with honesty, candour, and constructive criticism. There are even some genuinely entertaining and unexpected asides (horse racing! loan sharks!) that speak to Franco and Curve’s unlikely history. Through professionally conducted, loving, and candid interviews with plenty of editors, writers, scholars, and celebrities who lived through the era, Ahead of the Curve does an exemplary job of outlining why Franco’s idea was groundbreaking and the importance of social, cultural, and political visibility, not only within society at large, but within the queer community itself.

Rainin (who’s Franco’s partner, but still delivers a resoundingly balanced film) also catches Curve at a particularly fraught moment. Franco (who now deals with mobility issues after an accident left her feet permanently injured) has been told by the magazine’s current publisher that Curve is in danger of shutting down its print division within the year. On top of that, Franco’s biggest point of pride – keeping the word “lesbian” prominently on the cover – has been discussed as being potentially unnecessary in a world where the term has been both sexualized and misinterpreted as of late by both men and TERFs. Watching Franco navigate these evolving tides provides both a fascinating backdrop for the history being provided and a rousing narrative built around a likable hero that’s easy to root for.

Ahead of the Curve is important, entertaining, and balanced; everything a decently made profile documentary should be.

Ahead of the Curve screens online as part of the 2020 Inside Out festival from Thursday, October 1 at noon until 11:59 pm on October 11. All Inside Out 2020 online screenings are geolocked to the province of Ontario.

And be sure to check out our thoughts on other films playing Inside Out 2020 that we have previously covered: Dark City Beneath the Beat, No Ordinary Man, Shiva Baby, and There’s No Place Like This Place, Anyplace.