The Secrets We Keep | Review 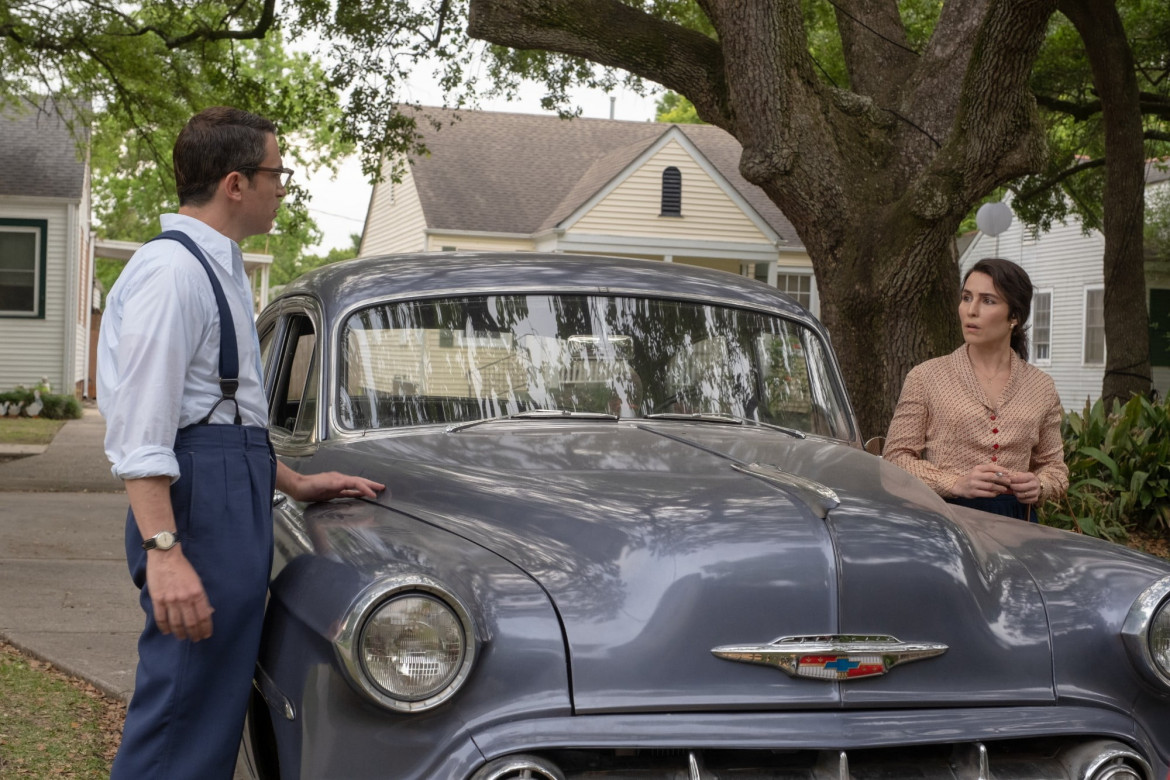 Maja (Noomi Rapace), a Romanian gypsy, spent most of World War II in a Nazi concentration camp. She was subjected to unfathomable tortures and watched on in horror as her sister was killed. She miraculously survived, carving out a new life for herself in 1950s America. Now a mother and married to a doctor and former G.I. (Chris Messina), Maja has her newfound stability shattered by a new resident arriving in their suburban neighbourhood. On the surface, Thomas (Joel Kinnaman) looks like everyone else. He has a wife and kid and works down at the local oil refinery. He claims to be from Switzerland, but Maja is convinced Thomas was one of the guards that made her life back in Europe a nightmare. She kidnaps Thomas, leaving him bound and gagged in the basement. Maja wants to kill Thomas, but her husband pleads that they get more evidence against their captive before they exact revenge.

The Secrets We Keep is another film built around the “monster secretly living next door” plot, and set in one of those small towns where everyone knows everyone else’s business. Although director and co-writer Yuval Adler (working alongside Ryan Covington on the script) is hewing most closely to the version of this story told in Ariel Dorfman’s 1990 play Death and the Maiden, The Secrets We Keep is derivative of any number of movies featuring similar revenge plots. Anyone who has seen a film where a protagonist is trying to work up the courage to murder someone that did them wrong in the past will know exactly where every scene in The Secrets We Keep will be heading, with precious little deviation or mystery. At a certain point, it doesn’t matter whether Maja is right or wrong, because either eventuality would likely play out in predictable, lacklustre fashion. How long can Maja and her husband keep up their act or before they realize they have the wrong guy? The answer is about an hour’s worth of pedantic dialogue and film before they have to head into the climax and not something morally deeper. 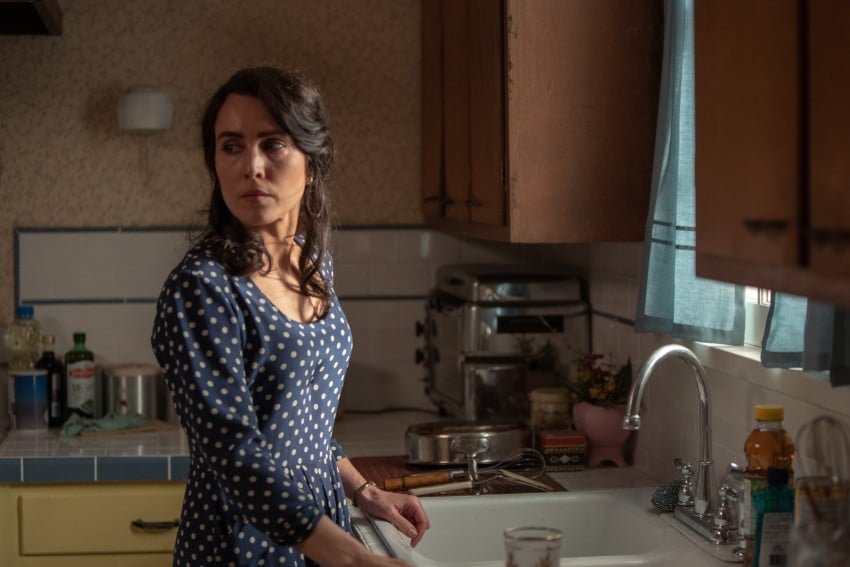 The basic morality of the film’s eye-for-an-eye narrative is matched by equally bland leading performances. Rapace and Kinnaman play the script at face value, adding very little to other similar performances in movies almost identical to this one. They aren’t giving bad or embarrassing performances, but rather ones that match the unmemorable nature of the film around them. For his part, Messina is genuinely trying to break away from the material, offering some nice character touches, and Amy Seimetz deserves special mention for putting in an equally nuanced turn as Thomas’ increasingly concerned wife. Messina and Seimetz are so great in comparison to most everything else on screen that I often wondered if the film might’ve been saved from monotony by casting them in the lead roles.

Further saving matters is some outstanding period production design and costuming that’s nicely captured by Kolja Brandt’s lush cinematography. Adler keeps things moving at a brisk, assured pace, but the biggest and most consistent positive that can be found throughout The Secrets We Keep is how it manages to be visually compelling in the way the story isn’t. While the overall look at Maja’s small town life might be well in line with other period pieces, The Secrets We Keep deserves some credit for making the settings more detailed and lived-in than the actual storyline. It’s certainly a film that looks better than it actually is.

The only commendable addition and enhancement to be found in The Secrets We Keep is a message about immigration and assimilation that starts to come up around the halfway point. While the morality of revenge is still the main focus here, Adler and Covington don’t shy away from subtly integrated discussions about the various ways immigrants to America have to hide their heritage away from their friends and neighbours. The 1950s were probably the greatest era of mass denial in American history prior to the current one, and despite the predictable nature of the story, the underlying issues that could lead to such a plot taking place feels realistic and reasoned. It’s just not enough to make The Secrets We Keep believable or compelling.

The Secrets We Keep is available on VOD in Canada starting Friday, October 16, 2020.