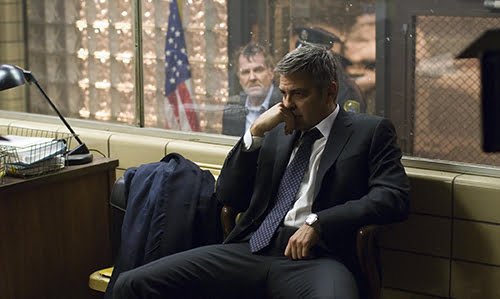 Michael Clayton
George Clooney‘s latest film features the Hollywood star as Michael Clayton, a “fixer” working at a law firm in New York. He takes on the dirty job of making sure the law firm’s top clients escape safely from lawsuits and prosecution. Clayton is, as one can imagine, unhappy with his lot in life but with debt, and other issues he’s stuck working for the firm. When a multi-million dollar case starts falling apart, it’s up to Clayton to face the biggest challenge of his career. The film is a clever thriller, that features some stunning performances. Although the film has a variety of tones, it’s still one of the better dramas of the year.

Lust, Caution
From Academy Award-winning director Ang Lee, who brought us Brokeback Mountain and Crouching Tiger, Hidden Dragon, comes an erotic thriller set in 1942 Shanghai about a theatre group’s attempt to defy the Japanese occupation of the city by killing a top official. The film is based on author Eileen Chang‘s novel and stars Tony Leung and Tang Wei. Debuting in September at the Toronto Film Festival the film has already received a lot of buzz and has been praised for its script, cinematography, and intensity, although not everyone agrees. Manohla Dargis of the New York Times commented, “Lust, Caution is a sleepy, musty period drama about wartime maneuvers and bedroom calisthenics, and the misguided use of a solid director.”

The Darjeeling Limited
Following in the steps of Rushmore and The Royal Tenenbaums, director Wes Anderson delivers his latest film with his trademark blend of humour and drama. In The Darjeeling Limited, Owen Wilson, Jason Schwartzman, and Roman Coppola star as three brothers who have grown apart, but come together on a trip through India after the death of their father. Lisa Schwarzbaum of Entertainment Weekly says of the film, “there’s a startling new maturity in Darjeeling, a compassion for the larger world that busts the confines of the filmmaker’s miniaturist instincts.”

The Heartbreak Kid
You really can’t expect a lot from a film that stars Ben Stiller and features the directing talents of the Farrelly Brothers. While the trio were ultimately successful in making the comedy There’s Something About Mary, it’s just as likely that The Heartbreak Kid will end up being another dumb comedy in Stiller’s resume of brainless films. In this remake, which is based on the 1972 film of the same name, Stiller marries a woman only to discover that she is actually a living terror. At the same time, and while on his honeymoon, he meets another woman who could be his real dream girl.

Seeker: The Dark Is Rising
Susan Cooper‘s award winning book The Dark Is Rising comes to life on the big screen this week, and stars Alexander Ludwig as Will Stanton, a boy who travels through time to discover the truth that will help him fight the evil force known as The Dark. While the film is said to take liberties with the original story, it’s bound to be a fun film for teens and tweens.