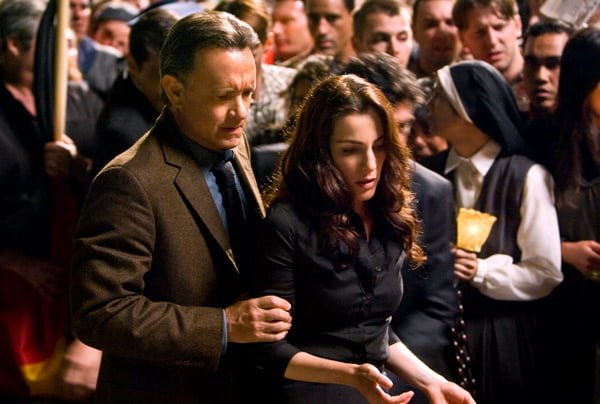 The theatres are quiet this weekend, aside from the release of one big film that has every other studio steering clear. That film is of course Warner Bros’ long-awaited adaptation of the Dan Brown novel, Angels & Demons, starring Tom Hanks once more as professor Robert Langdon.

Angels & Demons
Novelist Dan Brown has stirred up no end of controversy with just two books to his name, and that’s mainly because of his unique interpretation of the collision between history and religion, particularly in terms of the Catholic church.

In his second novel, a prequel to The DaVinci Code, Brown led professor Robert Langdon on a quickly-paced adventure, and as some fans like myself will attest, his sophomore effort offered a much more thrilling and engaging story.

In the story, Langdon has been called to help the Vatican as they face the threat of one of history’s most well-known secret societies, the Illuminati. Following a path set down hundreds of years ago, Langdon must try to stop the group from killing four cardinals, who are all at risk because of an age old feud between science and religion. At the same time a hidden bomb is counting down to the destruction of Vatican City.

Tom Hanks once again stars as Langdon, who plays the expert historian-adventurer, while Ayelet Zurer co-stars as his latest partner, the scientist Vittoria Vetra.

My first complaint with the film, although certainly not my strongest, falls with Hanks, who may have delivered his worst performance to date, with an almost total lack of charisma in any of his key scenes. Although Langdon should be working through the clues to save these four heads of the church, it also seems like he is only concerned with unearthing lost secrets.

Speaking of performances, Ewan McGregor was also a huge disappointment as the Camerlengo. Perhaps I’m blaming him for some of the directorial problems, but he lacks the skill to really pull this kind of character off convincingly, and the script is so bad, you can see him coming at you a mile away.

Frankly, I also consider Goldsman one of the worst writers in Hollywood, shovelling out the kind of cheap plots that the industry flocks toward. Koepp has actually written a few interesting scripts, but I think for the most part his plots tend to have a see-through approach that certainly doesn’t do Angels & Demons any favours.

Possibly worse still, Angels & Demons is actually incredibly dull, worse than the first film, a surprising feat considering it (and book) had the pacing of a turtle race.

Some of these faults could have been forgiven, but when they are all added up, Angels & Demons is pretty much a disaster. Maybe not X-Men Origins: Wolverine bad, but it’s such a disaster that I’ve found a new appreciation for The DaVinci Code, which if nothing else left me with a sense of mystery. On the other hand, Angels & Demons reminded me of a bad episode of CSI, right down to the half-baked plot.

What I found funny about this though was that Brown’s plot plays out quite cleverly on paper. You may have ideas about where things are headed as you read, but it’s still fast-paced and enthralling, with very engaging characters. On film, these characters are practically devoid of life, and the plot is never deep enough to sweep you away.

Since I have no doubt that Howard is actually talented, perhaps the real problem is that he needs to stay away from Goldsman, who always seems to be involved with Howard’s worst films.

May 22
Terminator Salvation
Night at the Museum: Battle of the Smithsonian
Dance Flick

June 5
Land of the Lost
Away We Go