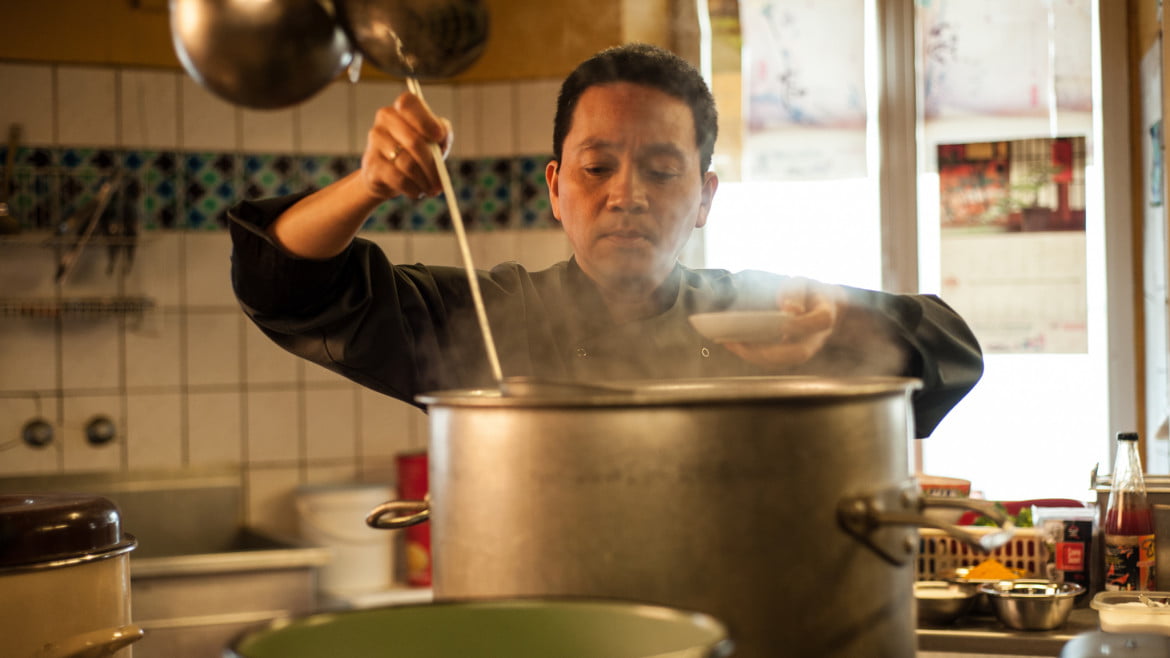 A lighthearted feel good movie about the immigrant experience and the process of letting go, Japanese-Polish filmmaker Mariko Bobrik’s first feature The Taste of Pho comes by its drama and humour naturally and honestly.

Long (Thang Long Do), a Vietnamese father and chef living in Warsaw, is still getting used to raising his 10-year-old daughter, Maja (Lena Nguyen), as a single parent, following the death of his Polish wife. Long gets through the day via a rigid routine that’s shattered when the previously all-Vietnamese restaurant he works at is purchased by a white owner and turned into an upscale Asian Fusion joint. Already thrown off by these new developments and still not acknowledging the depth of his grief, Long’s situation is compounded by the fact that Maja has grown to love Warsaw and is happily forming an identity of her own; one that’s growing increasingly tired of having her father’s routine forced upon her.

The father-daughter relationship at the heart of The Taste of Pho is strongly realized, and even if this tale of pushing past loss feels somewhat familiar on a surface level, Do and Nguyen have the perfect chemistry to keep some of Bobrik’s more predictable story elements engaging and believable.

Where The Taste of Pho excels most is in the way it both lovingly and painfully illustrates loss – both of a loved one and a sense of community – through the immigrant experience. While the story predominantly has its heart in Poland and Vietnam, the multicultural cast of characters help to give Bobrik’s material a more global perspective. It’s the sort of film where even minor side characters have their own concerns and issues worthy of being addressed in fine detail. It helps to make The Taste of Pho as warm, complex, and comforting as its titular dish.