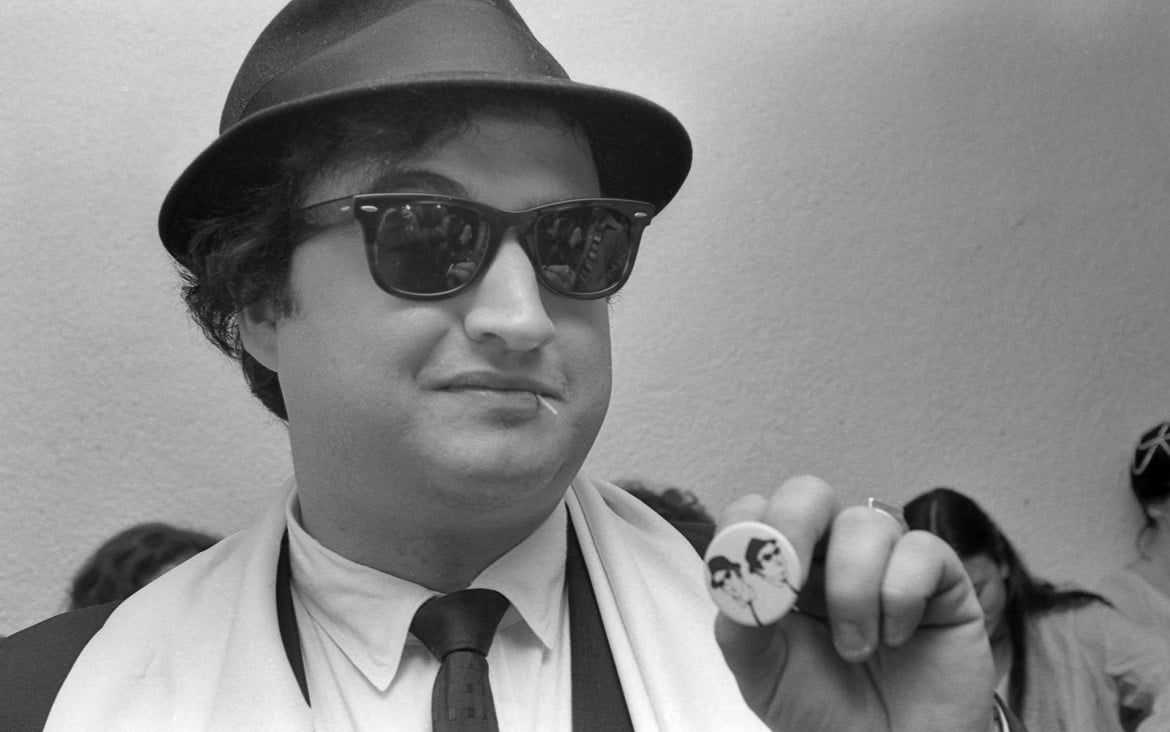 The biggest problem with filmmaker R.J. Cutler’s documentary Belushi is that there’s already too much information out there about its subject. Iconic comedian and celebrity cautionary story John Belushi has been a subject or major player in any number of documentaries, biographies, tabloid rags, television specials, and industry histories that there’s almost nothing left to tell about him. John Belushi’s small, but mighty body of work and his tragic burnout are the stuff of legend, and his life is certainly worth discussing, but Cutler’s film doesn’t add to that discussion. Despite the film’s use of rare, sometimes unseen archival footage and documents, Belushi feels more like a summation than anything eye opening.

Chicago native John Belushi was bitten by the acting bug in high school – where he met and wooed his future wife, Judy – and eventually ditched athletics in favour of the stage. A performer who thrived on instinct, emotion, and spontaneity rather than performative theory and methodology, Belushi was part of a revolution that helped to revive and redefine Second City and establish the reputation of the anarchic National Lampoon. He would reluctantly join the first ever cast of Saturday Night Live, languishing in semi-obscurity until the show’s Chevy Chase-free second season, when he was finally allowed to come into his own. Hollywood would come calling, with Animal House and The Blues Brothers becoming two of the most successful and most enduring comedies of all time. He shone bright and burned out quickly, with his out of control drug problem taking his life at the age of 33.

The audio interviews in Belushi – with friends, family, and former collaborators – are conducted by writer Tanner Colby, who was trying to put together an oral history of the actor’s life and times. Colby (who co-wrote a similarly themed biography of equally tragic comic Chris Farley) still hasn’t gotten his Belushi project off the ground, but the writer’s loss turns out to be Cutler’s gain. Cutler (The September Issue, If I Stay) plays snippets of Colby’s telephone and in-person conversations over archival footage, but while Belushi is a well assembled documentary from a technical standpoint, there’s something unambitious about the presentation.

The best moments in Belushi come whenever Cutler focuses on the intimate, confliched letters John subject sent back and forth with his wife. These rare insights (read aloud by actor Bill Hader) are moving, loving, and heartbreaking in equal measure; the brutally honest thoughts of a man most saw as already lacking a filter. Those letters, combined with remarks about John from best friend Dan Aykroyd, his wife, his brother, and dearly departed collaborators Harold Ramis and Carrie Fisher, offer up a humane side of Belushi’s character that few got to experience firsthand. The reflections are loving, critical, and come with a lot of painful hindsight. 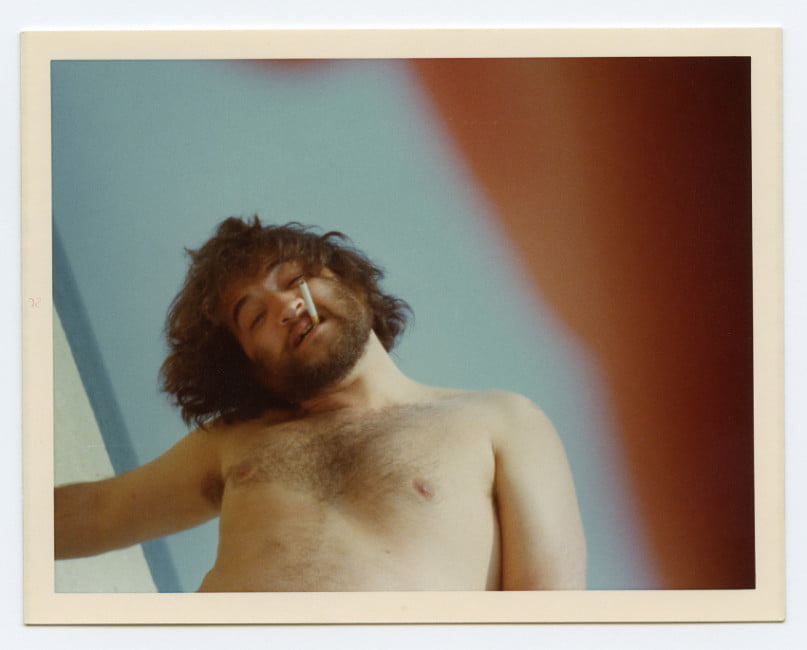 Cutler and Colby also make it a point to analyze Belushi’s late career struggles – his year of sobriety while making the underrated Continental Divide and the painful relapse experienced while making his dreadful final film, Neighbors – in ways that many biographers tend to overlook. It’s the first time that fraught period of Belushi’s career has been documented in this much depth since journalist Bob Woodward’s controversial and somewhat discredited biography Wired. Many documentaries and profiles of Belushi tend to jump from The Blues Brothers to his death, and to Cutler and Colby’s credit, that isn’t the case here.

There’s no shortage of people willing to talk about Belushi, and the documentary features almost all of the expected interview subjects from Lorne Michaels and Chevy Chase to everyone within the actor’s inner circle that are still around to carry on his legacy. But the problem with Belushi is that there’s not much left to say, unless someone wants to dubiously look into the circumstances of his death again, which Cutler wisely avoids. Whether it’s a book, film, or television special about the actor’s life, his career, the history of comedy in the 70s and 80s, a Saturday Night Live retrospective, or specific discussions about certain projects that Belushi worked on, it feels like there’s nothing left to document here.

All of the interview subjects in Belushi have talked about their fallen friend exhaustively over the past forty years, and it’s likely that anyone who has seen or read about the performer before knows all of this already, with very few moments of genuine revelation throughout this documentary. The drugs that sometimes left him unable to function on camera, his sometimes difficult attitude, his problematic belief that female writers weren’t funny, struggles with recognition and low self esteem, his desire to control anything he worked on; all of this has been discussed in dozens of works before Belushi, and despite the scholarship involved, Cutler and Colby have little new to add.

That familiarity found in the interviews extends to making the archival footage seem less than exciting. Even if the image is something viewers haven’t been privy to before Belushi, it’s accompanied by interviews with people who have talked about the film’s subject so many times that their answers often sound calculated, canned, and rehearsed. It’s not the fault of those being interviewed, and I am sure that the responses given are as genuine now as they were the first time they were given. The problem lies with Cutler and Colby sticking to a status quo narrative and not digging deeper than what’s already out there about Belushi. It’s a bit like asking someone to tell you a story you already know by heart. It’s not that John Belushi didn’t have a life worth celebrating or documenting, but rather that Cutler’s film isn’t particularly better than a lot of material that’s already out there. It might work best on viewers who don’t know a thing about John Belushi.

Belushi premieres on Crave in Canada and Showtime in the United States on Sunday, November 22, 2020 at 9:00pm EST. 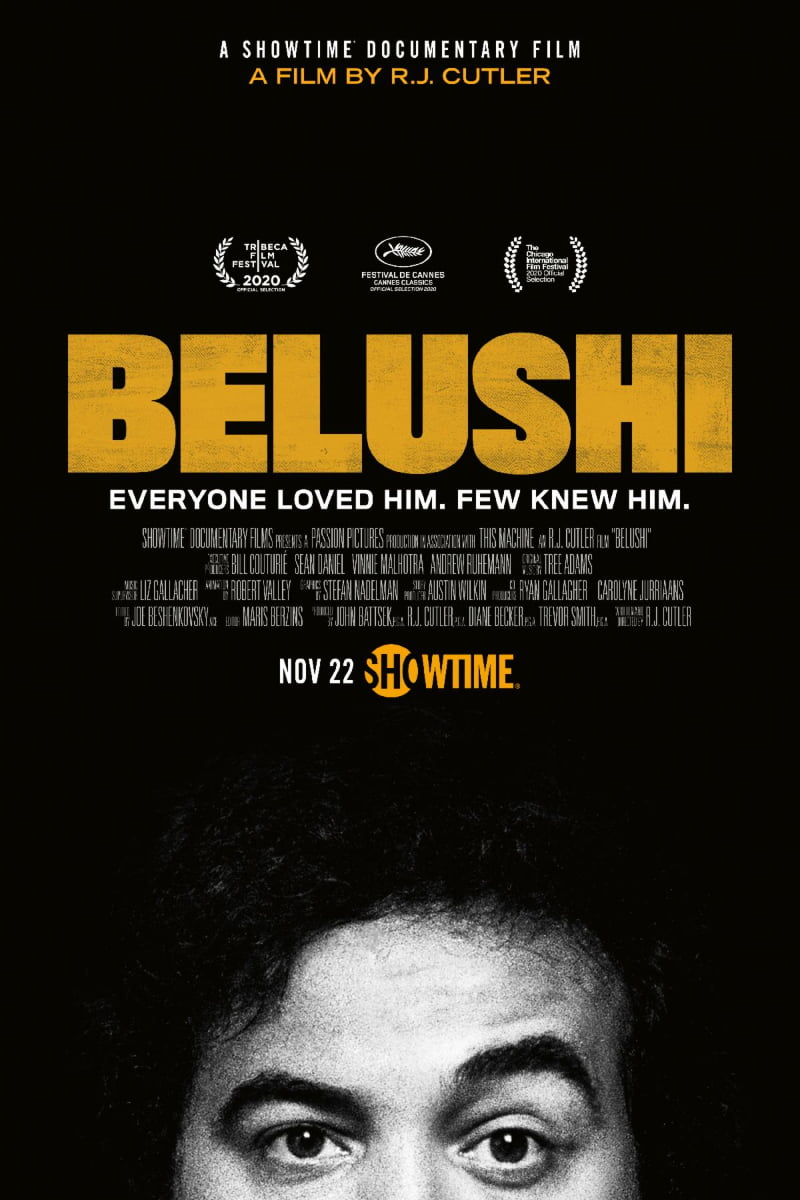